Edward Snowden, the most famous American whistleblower in recent times, launched an auction for an NFT artwork titled “Stay Free” which sold for more than $5.4 million.

The artwork shows an image of Snowden’screated using a combination of the documents resulting from the court’s ruling against the National Security Agency’s (NSA) mass surveillance case. The original portrait was taken by British photographer Platon, who permitted the use of the portrait for the creation of the NFT.

Snowden, who worked as a contractor for the NSA, leaked documents that provided information on different mass surveillance programs that the NSA and other international intelligence agencies were running in the country, violating the privacy of millions of nationals and foreigners.

“Stay Free” was acquired by PleasrDao for 2,224 ETH (more than $5.4 million) on April 16th, a DAO formed by NFT art collectors who have acquired other famous NFT pieces in the past, with the most prominent being a piece by prominent Taiwanese digital artist Pplpleaser, who later joined the group as an honorary member.

Freedom of Press is The Major Beneficiary

Ever since blowing the whistle on the NSA, Snowden has become one of the most controversial figures in the United States around the world, seeing himself branded as a traitor by the American Government and fleeing to Russia where he recently received the dual Russian nationality in 2020.

Snowden has been one of the most important figures in the defense of freedom of press and privacy rights around the world, which has gained him support from millions of people around the globe who have campaigned for a pardon ever since he was forced to flee the country.

All the profit of the auction was donated to the Freedom of the Press Foundation, a non-profit organization that aims to defend the rights for free speech and freedom of the press around the world.

The Freedom of the Press Foundation executive director, Trevor Timm, referred to Snowden’s donation by stating:

“We are grateful for the continuing impact of Snowden’s whistleblowing, and there’s perhaps no better reminder of that impact than the first ruling on the programs he exposed. We’re very excited to use the proceeds of this auction to help further our work developing and improving technology that can protect journalists and their sources, like SecureDrop, our open-source whistleblower submission system.”

It is possible to argue that the biggest drawbacks of centralization are the risks it implies for privacy, which have been demonstrated by the rise of data silos like Facebook and Google, as well as the Cambridge Analytica scandal.

While not all cryptocurrencies provide anonymity to a full extent, their use of distributed ledgers and blockchains allows users to have a higher degree of anonymity than mainstream centralized platforms which have to comply with local regulations and arbitrage by their owner

While Snowden has been critical of coins like Bitcoin due to their lack of scaling and privacy, has shared his support for other projects like Zcash due to the privacy properties they offer users concerned with having their financial records easily available.

Blockchain technology and cryptocurrency are created around advanced cryptography, as well as decentralized storage, development, and governance.

Snowden referred to the role of cryptography in the fight for privacy by stating:

“Emerging applications of cryptography can play an important role in supporting our rights. This auction will drive the development of valuable and privacy-protecting uses of encryption, to safeguard press freedom and serve the public.”

There is little doubt that the right to privacy, as we knew it a few decades ago, is gone. Unless there is sustained effort to reinstate civil rights, this trend to greater state power will undoubtedly continue. 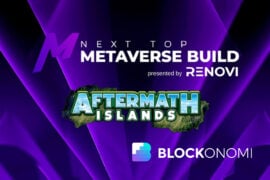