Cryptocurrencies have the potential to change the lives of some of the world’s poorest and most desperate people for the better. Cryptocurrency can improve lives by helping residents of developing countries participate in the global economy and escape from poverty.

Hyperinflation, poverty, lack of jobs, lack of access to banking, lack of capital, and poor access to markets are among the problems that altcoins can help people in developing nations solve. This will be achieved by giving everybody in the world access to modern banking and financial services through the blockchain.

There are now many entrepreneurs, economists, aid officials, and bankers who believe a combination cryptocurrency and mobile phones, will give the world’s poor access to the global economy. 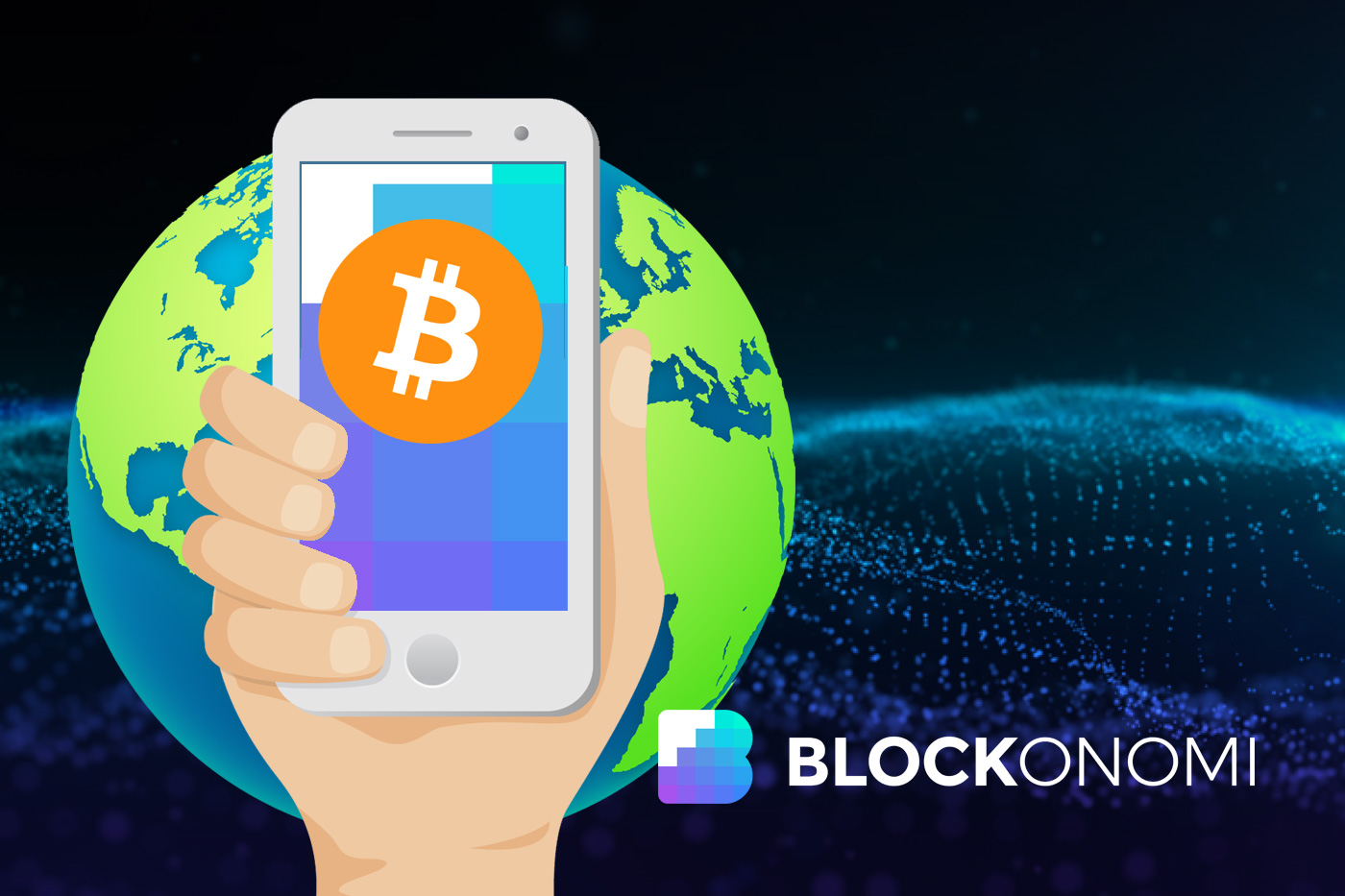 How Mobile Phones and Cryptocurrency can liberate the Poor

More than $10 billion worth of money was deposited and withdrawn through the M-Pesa peer-to-peer (P2P) app in Kenya between July and September of 2016, Mobile World Live reported. M-Pesa offered by Safari.com had 20.7 million users in Kenya alone last year.

Many companies are trying to replicate MPesa’s success by offering cryptocurrency banking services through apps. A company called MicroMoney claims to have made 40,000 loans to people in Myanmar (Burma), Cambodia, Thailand, Indonesia, and Sri Lanka through its blockchain-based system. The system includes a phone app that is available via Google Play.

MicroMoney’s goal is to make basic banking services like loans to available to the world’s 2.5 billion unbanked people. The unbanked lack bank accounts; and can live hundreds of miles from a bank, but they still need money.

Companies like MicroMoney and Nebeus hope to reach them, because many of those have mobile phones. Nebeus plans to offer cryptocurrency-backed loans to the unbanked. 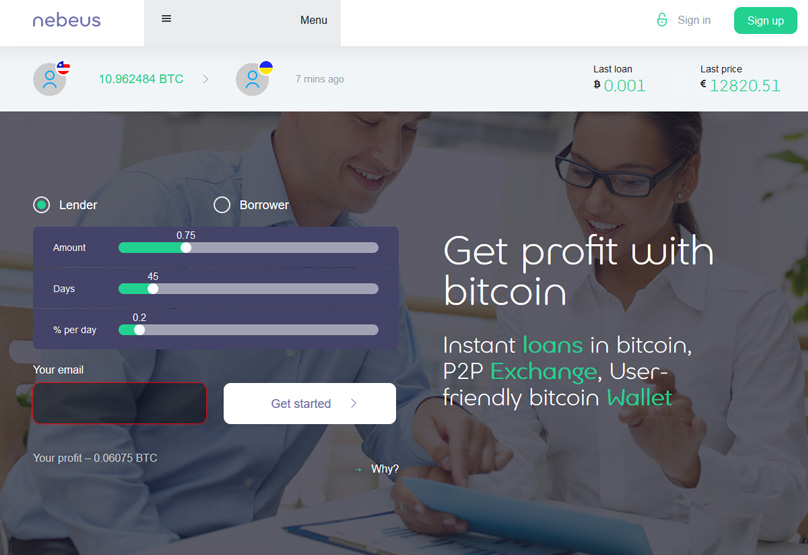 Helping the unbanked can empower women; because around 55% of the world’s unbanked are women, The World Bank reported. Without bank accounts, people cannot apply for loans, buy homes, save money, do business online, and receive government-benefits payments.

Another company trying to build on MPesa’s success is BitPesa; which is designed to help importers in Kenya, Nigeria, Tanzania, and Uganda receive payments from or send money to Europe, the USA, and China.

BitPesa claims to have 6,000 users in more than 85 countries. It also claims those users have made over 17,000 transactions through its blockchain.

The hope is to encourage entrepreneurship by letting businesspeople receive payments in multiple currencies. BitPesa is trying to remove one of the biggest obstacles to entrepreneurship in developing nations; lack of access to banks. 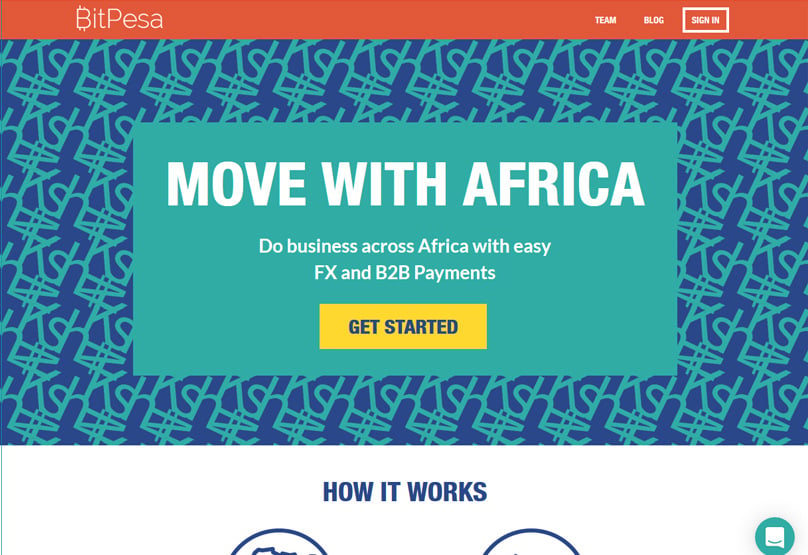 Unbanked residents of developing countries are often unable to enter the import or export business because they have no way to convert their currencies into more widely accepted money such as the US dollar. This can make it impossible for entrepreneurs to process payments, pay for supplies and equipment, and receive loans or lines of credit.

BitPesa and solutions like TenX’s digital wallet; which are designed to convert multiple altcoins into fiat currencies, can solve that. An advantage to TenX’s wallet is supposed to come with a Visa debit card that might provide access to credit. Merchants using TenX might be able to receive Visa credit or debit card payments and increase their business. Another advantage to systems like BitPesa is that they send money directly to people in developing nations, instead of bureaucrats or aid workers. Traditional foreign aid is often stolen by corrupt officials, or only reaches certain people such as supporters of a local leader.

Solutions like BitPesa can put cash into the pockets of local people who will spend it in their local communities at local businesses. Long-term benefits can include job creation; and raising the tax bases of nations, which can provide more money for schools and roads. How Ethereum can Help Refugees

Even the United Nations’ World Food Program is using cryptocurrency to help the poor. The program started using Ethereum to send funds to 10,000 refugees in Jordan in May 2017, Market Mad House reported.

The Program’s Financial Officer Houman Haddad hopes to use Ethereum to send payments to up to 500,000 refugees in 2018. The first Ether payments were handed out as vouchers, but the UN has plans to start making direct cryptocurrency payments in the future.

The UN is experimenting with Ethereum because it can be sent to apps on mobile phones. Many of today’s refugees have mobile phones but no access to banks. Setting up a mobile phone tower might be cheaper and faster than traditional relief efforts.  Another use for Ethereum is to pay local vendors that are providing services and supplies to UN programs.

Cryptocurrency can solve one of the greatest problems facing people living in some developing nations: inflation. People in some nations are poor because their money is worthless. Corrupt or incompetent governments can make money worthless by simply printing too much of it.

This is the case in Venezuela; which is suffering from 1,600% inflation or hyperinflation, thanks to the policies of President Nicholas Maduro. Under Maduro’s regime; the currency or Bolivar is worthless, and it can take up to half a month’s wages to buy a Big Mac at McDonald’s.

The inflation rate in Venezuela reached 500% in December 2017, Bloomberg reported. There is other data that indicates inflation in Venezuela might be as high as 4,000%. 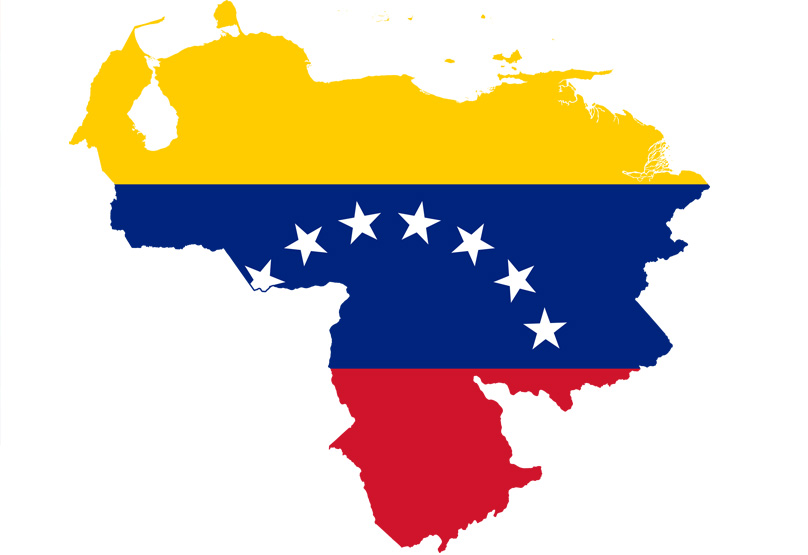 Thousands of Venezuelans have found a way to escape hyperinflation; and Maduro’s policies by mining Bitcoin, The Atlantic reported. Venezuelans simply use their country’s cheap electricity to mine or harvest Bitcoin from the blockchain. In return, they get a currency is going up in value while the Bolivar plummets.

Bitcoin miners can make around $500 a month, which is a fortune in Venezuela. That is enough money to feed a family of four and purchase basic supplies like diapers and insulin. More importantly; Venezuelans can buy items they need online with Bitcoin, or use it to purchase Amazon gift cards to buy the supplies they need.

Not surprisingly, all manner of people including politicians, police officers, and college professors have taken to mining Bitcoin. Not even a police crackdown has been able to stop Bitcoin and Ethereum mining in Venezuela. Ethereum mining is catching on in Venezuela because it is easier; and does not require special computers, like Bitcoin mining does.

Some economists now think that cryptocurrency mining is the only thing keeping the Venezuelan economy going. Even the police crackdown encourages mining; because corrupt cops simply seize Bitcoin mining rigs, and start using them to make money.

Another use for cryptocurrency in countries plagued by inflation is as savings. Around 37% users of the BitFinance solution in Zimbabwe, use Bitcoin holdings as a savings account, Quartz reported.

Bitcoin is used as savings because it is far less vulnerable to inflation than the Zimbabwe dollar. Few people in Zimbabwe trust their nation’s paper money because the country suffered a rate of inflation of 500 billion percent in 2009.

This led to the collapse of Zimbabwe’s financial system, which made it easier for people to accept cryptocurrency as an alternative. Observers have noticed similar developments in other parts of Africa.

Local traders and activists in Nigeria and South Africa believe that cryptocurrencies can democratize the economy by giving average people access to cash, Lorenzo Fioramonti of the University of Pretoria reported. Fioramonti became interested in cryptocurrency when he discovered that his students in South Africa were using it.

Decentralized networks are peer-to-peer, which means money passes directly from one person to another. This makes it easier for average people to get around government controls, and harder for officials to steal or seize money.

Making it easier to Send Money

Another way that cryptocurrency can help developing nations is by making it easier for immigrants to send money to people bank home. 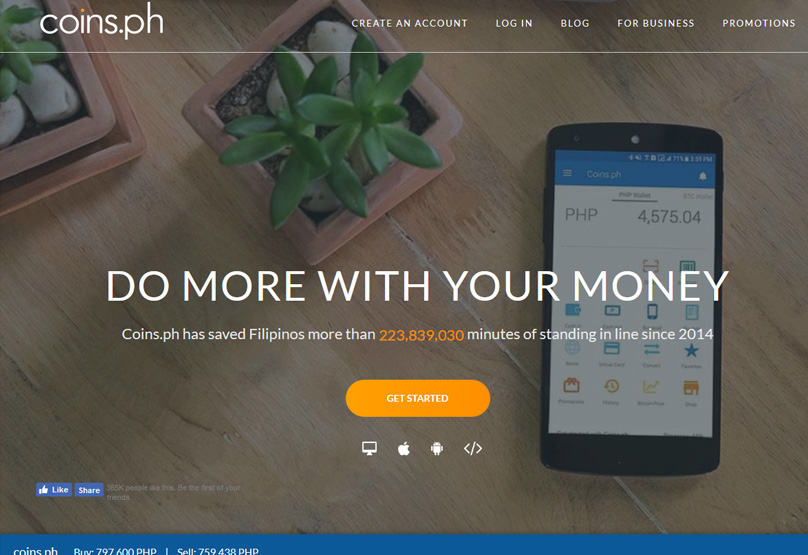 Residents of developed nations, mostly immigrants, send around $26 billion a year in remittances to friends and family in developing countries, FocusEconomics estimated. Too much of that money is wasted because the process is expensive and cumbersome.

A Nigerian in London that wants to send money to his mother back home might have to go to a money-transfer shop. There he has to pay several pounds for a transfer. To receive it his mom, might have to walk to a wire-transfer store, and pick up the money in cash. Both the money-transfer shops; and the network that connects them, will charge fees for the transfer which can raise the price.

That can put the mother in danger because she can be robbed on the way back. Criminals; knowing that people leaving the wire-transfer office have cash, might be waiting outside.

To make matters, worse the son in London; has no means of sending money to his mother fast in an emergency. If the mother cannot walk to the wire-transfer office she cannot get the money. That means funds might not be available if she were sick, or injured.

Companies like Coins.ph are trying to change by building systems designed to allow people to send cryptocurrency anywhere in the world via the blockchain, Forbes reported.

Making Remittances Serve the People Rather than the Banks

Using systems like that of Coins.ph, the son in London might be able to send the funds to his mother at the touch of a button. The mother would get access to the cash instantly over her phone, without having to take a long dangerous walk.

Other companies are operating on a more regional basis. Satoshi Citadel Industries (SCI) is targeting the remittance market in the Philippines with their Rebit product. Hundreds of thousands of Filipinos work overseas in countries like the United States and China.

SCI and its competitor; Toast, serve Filipinos working Hong Kong and Singapore. Toast can enable users to send and receive money through its app without a bank account. That can be invaluable to Filipinos that live miles from a bank. 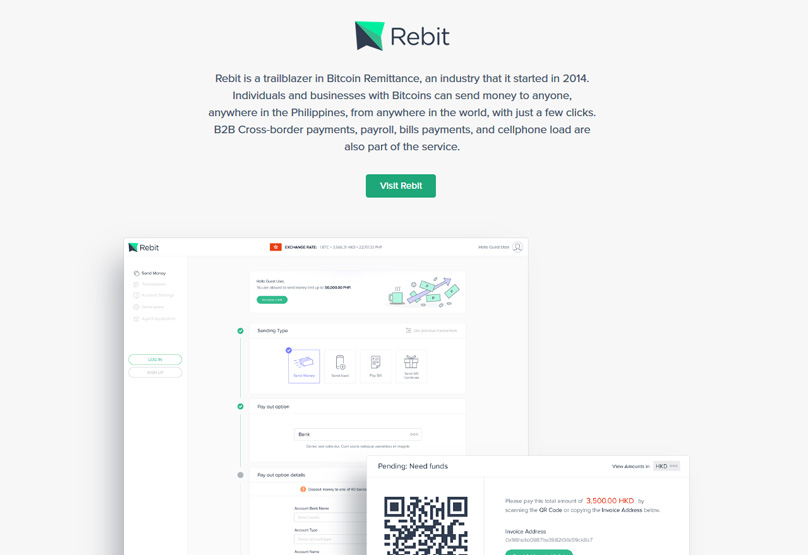 Another advantage to Toast is lower fees; the company’s management claims its fees are 86% lower than bank-transfer fees. That can give people who rely on remittances an instant increase in income, by eliminating high fees.

One way cryptocurrencies can help people that rely on remittances by helping them keep more of their money. Remittances often lose a lot of their value when they get converted from more valuable currency from developed countries into less-valuable local money.

Funds left in cryptocurrency will not lose their value; or be subject to bank transfer, and other fees. Another advantage is that cryptocurrency can give residents of developing countries is that it can be stored in digital accounts on the cloud, that can be accessed with phones. That means they will not have to rely on cash which can be stolen, lost, or destroyed.

Bringing the Poor into the 21st Century

All this points to what might be the most important and disruptive effect of cryptocurrency. It can bring a large percentage of the world’s poor into the 21st Century by allowing them to participate in the global economy.

Thanks to cryptocurrency hundreds of millions of people might be able to save money, earn interest, invest, start a business, borrow money, receive remittances, or send money to friends and family for the first time. The effect of this will be enormous and it can lead to millions of new businesses and vast amounts of new wealth and that is thanks to Cryptocurrencies and the Blockchain.