One of Silicon Valley’s Top Investors Is Going Big on DeFi: a16z Crypto

Earlier this year, it was leaked by “two people briefed on the matter” that despite the recent uncertainty in global markets, Andreessen Horowitz (a16z) — one of the largest Silicon Valley venture capital firms — was going to move ahead with its second flagship fund for the cryptocurrency and blockchain space.

Responding to the news, Blockonomi speculated that decentralized finance, better known as “DeFi” could be a focus of this new fund due to the venture capital investor’s previous focus on this segment of the cryptocurrency industry.

Today, this focus was confirmed, with a16z formally announcing its second crypto fund.

Rolled out by a16z partners Katie Haun and Chris Dixon, the firm has just announced “Crypto Fund II,” a new “$515 million fund that will be used to invest in crypto networks and businesses.”

Katie Haun is a Coinbase board member that first entered the Bitcoin space as a federal prosecutor leading the case of the Silk Road. Chris Dixon is a long-time a16z investor that ran companies acquired by McAfee and eBay.

The two partners claim they will be focusing on five main categories of investments in the cryptocurrency space, one of them being DeFi as aforementioned. The full list of a16z’s  industry focuses is as follows:

On DeFi in particular, the partners explained that they believe that on-chain finance abides by the “core value of the open interest,” which is the predicate of much of a16z’s investment:

DeFi is a new stack of financial services –– think lending, derivatives, insurance, trading, crowdfunding, and more –– built on top of blockchains that embraces the core values of the open internet, including 1) open access to anyone in the world; 2) commitment to open source code; 3) permissionless extensibility by third-party developers; 4) minimal-to-no fees; and 5) encryption-backed security and privacy.

It’s a Tough Time for Startups

While a16z managed to raise this sum of cash, it is important to note that it’s been a tough time for startups amid the coronavirus outbreak.

According to Business Insider, firms defined as “startups” have laid off over 30,000 employees over the past six weeks, with names like Lyft, Lime, Kayak, App Annie, and other well-known firms speeding dozens of employees apiece to deal with the uncertain economic times.

Crypto firms, too, are hurting. As reported by this outlet previously, Bitcoin.com, crypto mining firm Bitfarms, and mining hardware manufacturer Bitfury are among the firms in this industry that have begun to lay off staff over the past few weeks.

Although startups may be suffering, this may actually be good for venture capital firms, at least those looking to make investments.

As this Axios article recently explained, many startups and investors weren’t prepared to undergo the economic and social downturn that is currently taking place, making the loss of value “deserved in many cases.”

With the recession acting as a natural process of weeding out the unprepared and unprofitable businesses, what will be left are resilient companies with good ideas, presumably making the investment process that much easier and the strike rate of good bets that much higher at the end of the day. 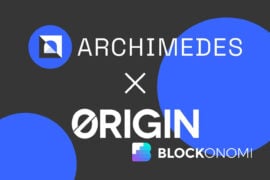