Aion is a third-generation blockchain protocol providing blockchain interoperability. With Aion, any public or private blockchain can scale, spoke, and federate. The root of these abilities is the third-generation public blockchain, Aion-1, which was purpose built and designed to connect various other blockchains while also managing its own applications. 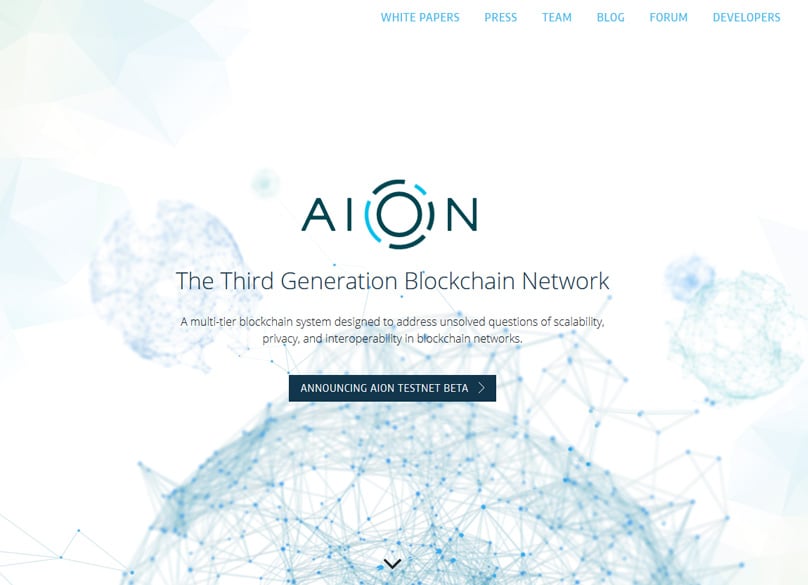 Who Is Behind Aion?

Aion is being led by the CEO of Nuco, Matthew Spoke, who is also a board member on the EEA. He has been a key part of enterprise blockchain leadership for almost four years. The Nuco CTO, Jin Tu, has more than 15 years of experience with enterprise engineering and over four years of experience in the blockchain industry. New Alchemy is working to support and advise the Aion project.  Peter Vessenes is leading that team. Vessenes launched the very first VC-backed Bitcoin business in 2011 and co-founded Bitcoin Foundation the following year. 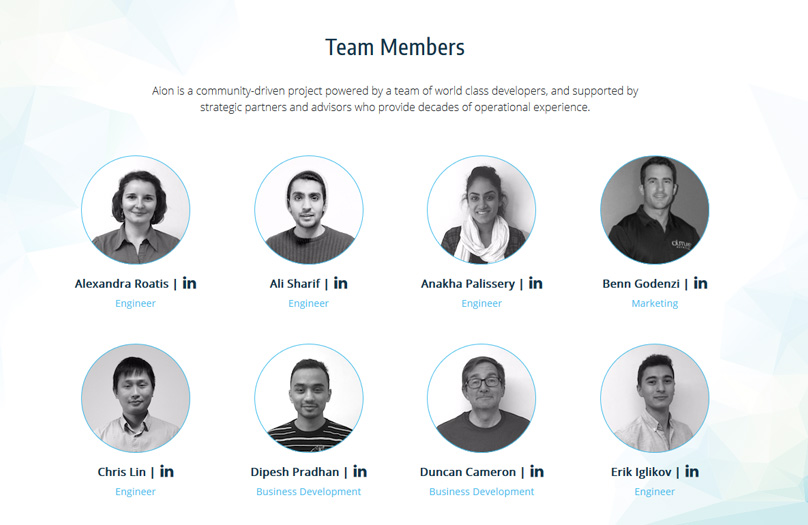 A Closer Look at Federating, Scaling, and Spoking

With Aion, users can federate, meaning that the platform makes communication between blockchains easier due to its high-performance bridging mechanism. With multiple bridges connecting chain pairs, value and data can be transferred.

In terms of scaling, Aion introduced a high-performance virtual machine that tackles scalability and performance. It does this by offering the ability to operate on multiple chains.

Finally, Aion allows for the custom design of blockchains, including various virtual machines and consensus algorithms. Most importantly, none of this customization, or spoke, negatively impacts the blockchain’s interoperability with the other blockchains. 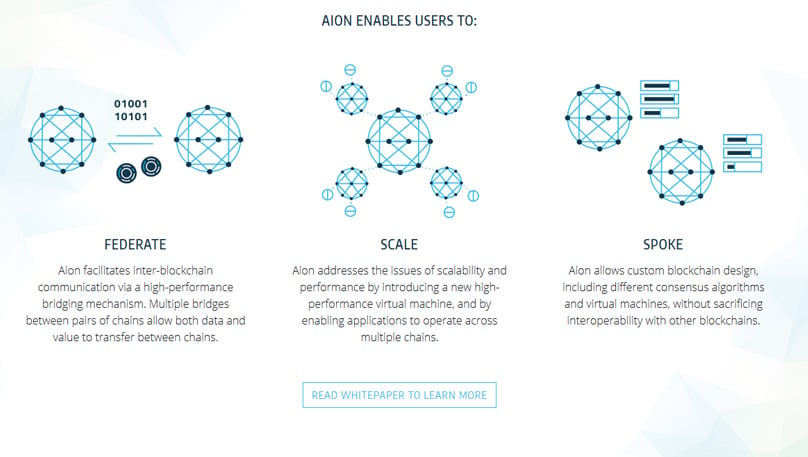 Why Is Interoperability Necessary?

What Should You Know about the Aion Network?

The most important thing to know about the Aion network is that it makes it possible for various blockchains to communicate with each other. With the network, blockchains can pass value and logic between themselves, just like they would any liquid asset. Every single transaction takes place without a centralized intermediary, continuing the trend of decentralization common to the blockchain. 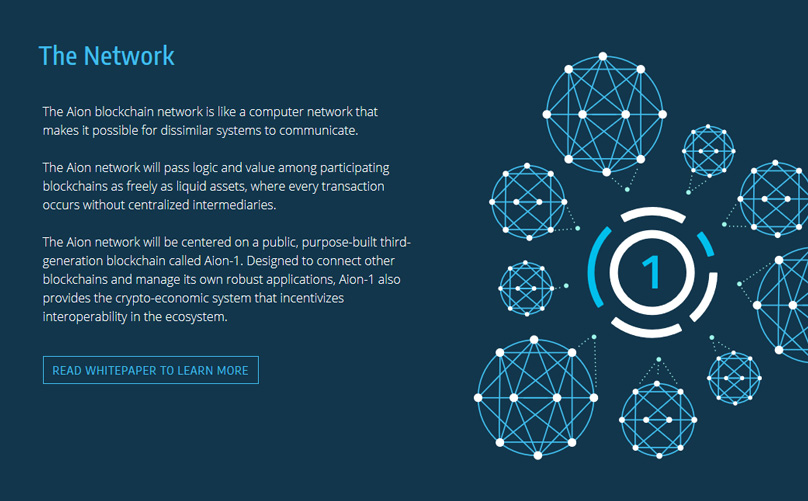 The center of the Aion network is Aion-1, the purpose-built and public blockchain in its third generation. In addition to the above functions of managing its robust applications and connecting other blockchains, Aion-1 provides a crypto-economic system that encourages interoperability within the ecosystem via incentives.

What Are the Goals of the Aion-1 Blockchain?

The Aion-1 blockchain is fair, distributed, and open. The team wanted to connect external services and blockchains in a contiguous network, providing accountable communication with a decentralized network. They also wanted Aion-1 to provide the infrastructure needed for developing inter-blockchain applications that are decentralized and high performance. Finally, they had the goal of creating a network that can be maintained via a sustainable, robust economic model. With it, users can deploy their own adjacent participating networks for a specific use case and using the accountable routing architecture to communicate with the other networks.

The team sees numerous possibilities for Aion-1, including large enterprises using it to host their consortium network, community-oriented open networks, and everything in between.

Why Is Aion-1 Considered a Third-Generation Blockchain?

First-generation blockchains are those first inspired by Bitcoin when it launched in 2008. The first-generation chains used cryptographically secure digital transactions of a peer-to-peer nature, which were recorded on the immutable public ledger and verified using a decentralized network. The second generation of blockchain refers to Ethereum’s introduction of the ability to create application-specific logic on a blockchain network. This expanded the capabilities to include more than just transactions, adding things like multiparty contracts and business logic. Aion-1 is a third-generation blockchain since it is part of the future where blockchains can federate value and data within a hub and spoke model reminiscent of the internet.

What Should You Know about the AION Token? 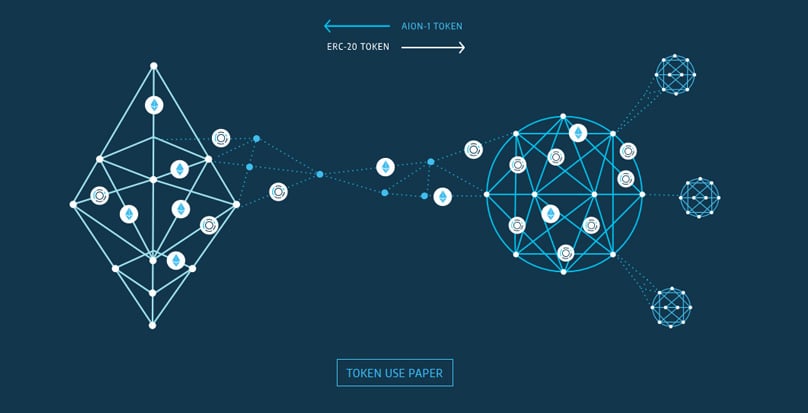 There are a number of wallets available to store AION tokens. Ethereum wallets such as Jaxx, MyEtherWallet, Metamask and imToken. Hardware wallets including Ledger or Trezor are also supported. How to Buy AION

You are not able to purchase AION with “Fiat” currency so you will need to first purchase another currency – the easiest to buy are Bitcoin or Ethereum which you can do at Coinbase using a bank transfer or debit / credit card purchase and then trade that for AION at an exchange such as Binance.


You can now send your Ether over to Binance to make your purchase of AION, take a look at our review of Binance here to see how to signup and purchase on their exchange.

During 2017, Aion published its technical paper and had its token generation event. It also released a product allowing users to build their own Aion-compatible blockchains. 2018 begins with Aion Phase 1, which focuses on bridging infrastructure and interchain communication. Functionality during Phase 1 will include the modified proof-of-work consensus algorithm, a functioning token bridge, interchain communication, and the Virtual Machine with its EVM source compatibility. 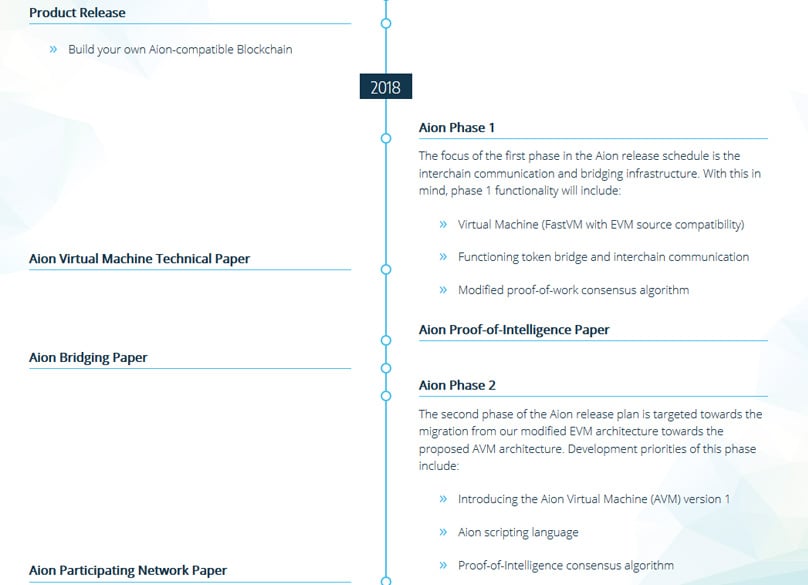 After this, the team will release the Aion Virtual Machine Technical Paper, Aion Proof-of-Intelligence Paper, and Aion Bridging Paper. From there, they will launch Aion Phase 2, which targets the migration toward the Aion Virtual Machine (AVM) architecture they propose from the modified EVM architecture. The priorities for development in Phase 2 include the Aion scripting language, introducing the first version of the AVM, and the proof-of-intelligence consensus algorithm. 2018 will wrap up with the Aion Participating Network Paper.

2019 will start with the Aion Network Economics Paper, followed by Phase 3. This phase will finalize the network infrastructure, allowing for efficient and fast interchain applications and communication. There will also be a focus on the AVM Version 2, a complete validator nomination consensus mechanism, and participating network bridging.

With the constantly growing number of blockchains, a network like Aion becomes almost a necessity for its ability to let these blockchains communicate with each other and interact. This should allow more organizations to take advantage of the blockchain since they will not be limited to using just a single blockchain and can take advantage of multiple platforms. 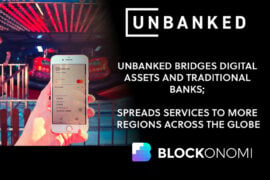 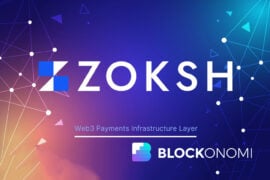