This was, for those unaware, this most awaited launch of a Bitcoin investment vehicle ever, with many claiming that this event would be what kicked off the next cryptocurrency bull run. But it didn’t. In fact, Bitcoin cratered by some 15% in days after the launch of the futures. 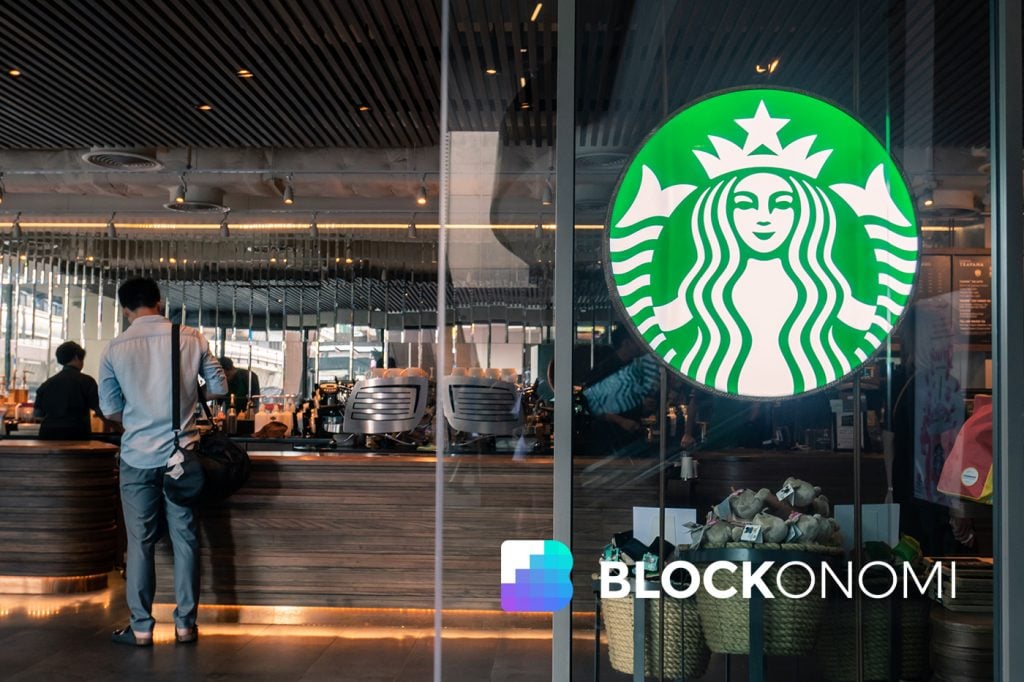 Too much emphasis has been put on Bakkt’s Bitcoin futures, though. The startup is, after all, involved with other areas of cryptocurrency infrastructure.

As this Fortune feature said in August of last year, “With the creation of Bakkt, ICE aims to transform Bitcoin into a trusted global currency with broad usage.” Indeed, the firm’s website has the phrase “Building the future of digital asset infrastructure” front and center on its landing page. Alongside offering futures, the company intends to offer cryptocurrency payment systems for both merchants and consumers.

Indeed, Monday saw the firm revealed in an extensive blog post that it is looking to launch a consumer digital assets payment application in the coming nine months.

Starbucks and Crypto, a Match Made in Heaven?

At the turn of the year, Bakkt shocked the world, revealing that it had secured over $100 million worth of funding from some massive corporations, including Microsoft and Starbucks.

Due to this, rumors quickly spread that Starbucks was poised to natively accept Bitcoin in its stores across the world, which itself would be a case of “mainstream adoption.” Bakkt, however, fell silent on the matter, especially as the launch of its futures neared.

But apparently its partnership with Starbucks is not being sidelined any longer.

On Monday, Mike Blandina, the CPO of Bakkt, revealed the firm’s latest plans. A key point in these plans that caught the eye of cryptocurrency investors was the statement that the firm is “now focused on the development of the consumer app and merchant portal, as well as testing with our first launch partner, Starbucks, which we expect in the first half of next year.”

Details about the venture, which may do wonders for the mainstream’s awareness of crypto, were sparse.

While Bakkt’s intentions to launch a consumer payments app are certain, it isn’t clear how Bitcoin will fit into the equation, as the Lightning Network is still in tacit beta and there exists transactional limitations on Bitcoin’s main chain. But, trade publication The Block reported earlier this year that Starbucks will be accepting Bitcoin, which will be converted to fiat, as to not put cryptocurrency on the chain’s balance sheet.

Whatever the case, Bakkt CEO Kelly Loeffler has said Bakkt’s mission is to become a “scalable on-ramp for institutional, merchant, and consumer participation in digital assets by promoting greater efficiency, security, and utility.” And despite a slow start with its futures, Bakkt has shown it wants to achieve this goal.

Mike Novogratz of Galaxy Digital quickly embraced the news. Responding to a report on the subject matter, he claimed that Starbucks’ potential acceptance of cryptocurrencies is a “big deal” as it shows that the mainstreaming of crypto is coming.

Bloomberg television host Joe Weisenthal, on the other hand, was skeptical. He wrote that he disagrees with Novogratz’s sentiment of the importance of Bakkt’s planned payments application, writing that with it being “incredibly easy to buy coffee these days with a range of payment systems,” he can’t “fathom how or why a crypto-based system will improve anything.”

I disagree. It is incredibly easy to buy coffee these days with a range of payment systems, and I can't fathom how or why a crypto-based system will improve anything. https://t.co/hEnc4NfqdK

To add in an opinionated bit, I think that Weisenthal is correct in saying what he said in the context of a westerner. But, I believe that in places where there exists rampant inflation, financial censorship, and an unstable local currency, cryptocurrency payment solutions are undoubtedly needed.

It seems, though, that Bakkt is focusing on the United States. At least for now.