You Don’t Have to Buy a Whole Bitcoin: Guide to Bitcoin Fractions & Divisibility

You’ve probably heard a so-called expert say something like this before: only the rich would likely buy bitcoin because the price of each one is over X dollars. Conversely, anyone who is deeply familiar with bitcoin or other cryptocurrencies would understand how this statement demonstrates a very clear misunderstanding of how the technology works. 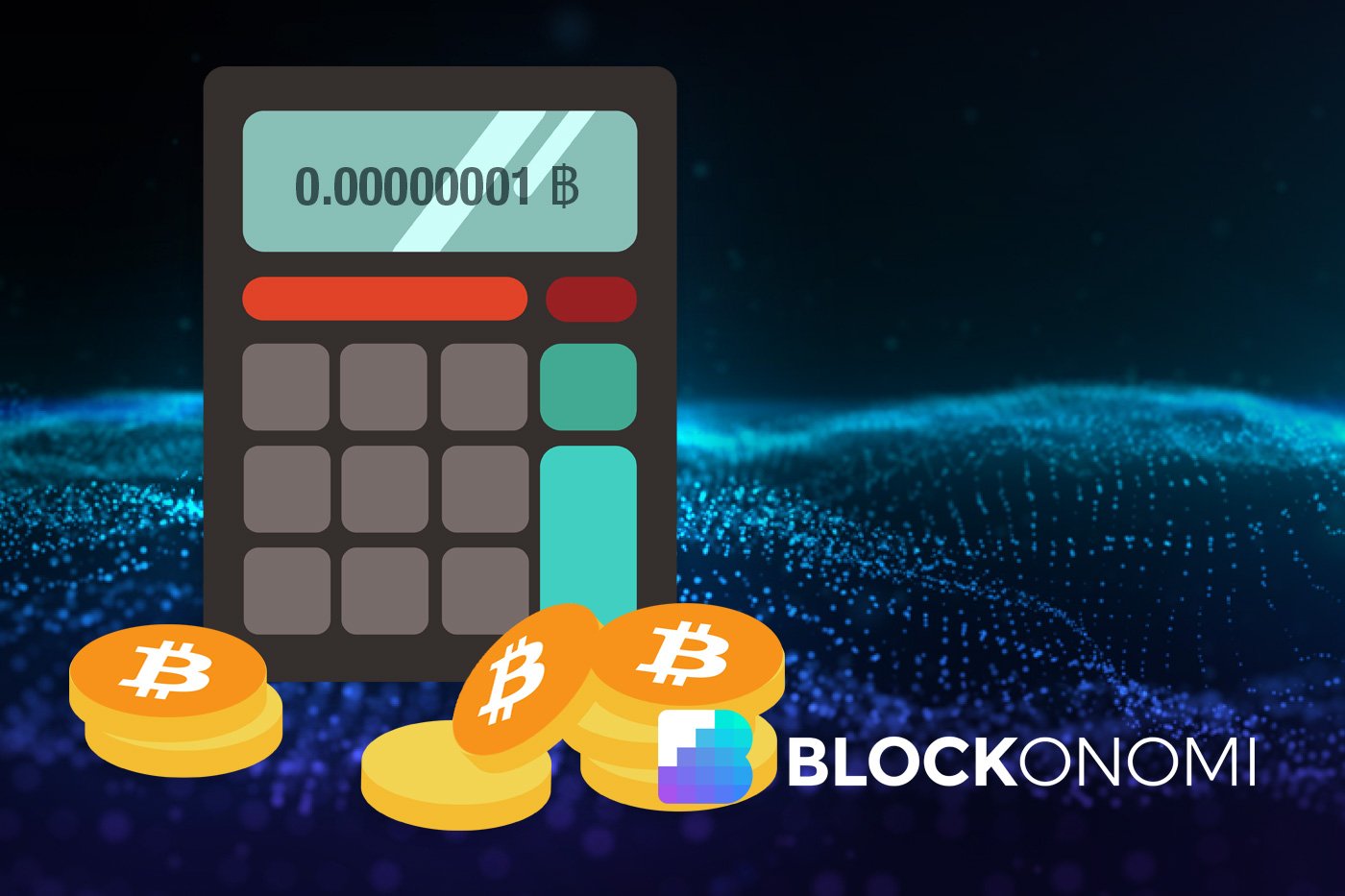 Today we’re going to go over some of the basics of how bitcoin is divided up, and what this means for the future, if or when bitcoin (or something like it) becomes a dominant payment method.

One important economic concept that applies to essentially all forms of money is divisibility. This means that two halves of one US dollar when put together equal one US dollar. When split, half a dollar is not worth less than when it is part of a whole dollar. Something that is not easily divisible, such as a piece of gold, makes for a poor currency. Cryptocurrencies like bitcoin are no different.

In most use cases, fiat currencies can be split down to two decimal points, such as $0.01. Anything below that is usually rounded up or down. The reason for this is because fiat currencies need to be able to exist in physical form. For instance, if you have a bank account and you wish to withdraw all of your savings into cash, the bank needs to be able to give it to you in a physical form such as through bills or coins. 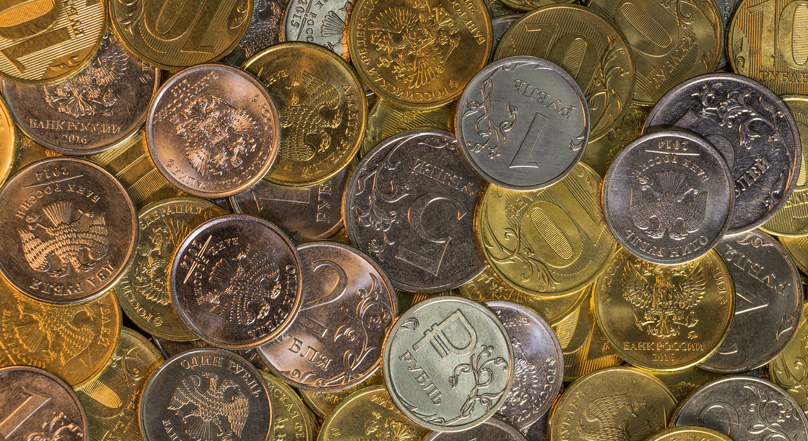 Digital currencies, on the other hand, are designed to never be in a physical form in the same way that fiat currency is. As a result, cryptocurrencies can be divided up into almost microscopic amounts. In the case of bitcoin, the smallest amount is what’s called a Satoshi. Named after the creator, Satoshi Nakamoto, one Satoshi represents one 100 millionths of a bitcoin. Or in other words, one bitcoin contains 100 million Satoshis.

There are two other important and well-known measurements of bitcoin that you will likely come across. The next smallest is known as a “bit” or μBTC. One μBTC contains 100 Satoshis. Next is the mBTC at 100,000 Satoshis. A bit less known than the mBTC is the bitcent, or cBTC, which is 1 million Satoshi or 0.01 BTC.

For example, if you have 0.23 BTC you could say that you have 23 bitcents or cBTC. These amounts also have other names depending on the naming convention. 100 Satoshi could also be called a microbitcoin, and 100,000 could be called a millibitcoin.

If someone were to tell you that they will sell you a pair of socks for 100 bits, it can be difficult to remember exactly how much money that is. To help with this, there are some free tools that can help clarify that value. At today’s value, for instance, one bit is about US$0.011 according to this helpful tool. Likewise, one mBTC is worth just over $11. So at today’s rate, a pair of socks for 100 bits would be quite a good deal indeed at just over one dollar.

Here is a chart showing the Bitcoin Divisibility amounts, taken from BTCSatoshi.com

Why all the confusion about divisibility?

Why is it that some commentators make claims suggesting that only rich people can buy bitcoin because of its typically high price? This likely is caused by two factors.

Most bitcoin naysayers tend to be either people who don’t understand the technology, or they are those who have a rough understanding of it, but as they dismiss it entirely, they do not bother understanding it completely. These people typically tend to have a more traditional financial mindset and view cryptocurrencies with great suspicion.

Another likely source of confusion is that many have compared cryptocurrencies to shares of stock. Typically speaking, most stock brokers will not allow you to purchase fractional shares. For instance, if you want to buy a share of Apple, you will almost certainly need to purchase an entire share. Fractional shares can be owned, however, such as through dividend reinvestment programs (or DRIPs) but this is different than buying stock directly.

As cryptocurrencies exist wholly outside of banks and other financial institutions, they are not subject to these sorts of rules. Therefore, those wishing to buy them can purchase them and own them in essentially any amount.

Additionally, other cryptocurrencies allow for even higher degrees of divisibility.

This kind of divisibility is absolutely essential for the future of cryptocurrencies. In addition to allowing people to purchase and trade in small amounts, this divisibility is critical for allowing cryptocurrencies to become a true unit of commerce and daily spending. Let’s say for example that tomorrow bitcoin hits $1 million each. If this were true, and assuming transaction fees were not an issue, one could still use bitcoin to purchase something like a cup of coffee. This is because you could send a small enough amount of bitcoin to cover the cost of the coffee, without sending too much due to a lack of divisibility. If we compare this to gold, if you walk into a Starbucks with a $10,000 piece of gold, it would be impossible to accurately cut off a piece of it that would exactly equal the price of your drink (assuming Starbucks would not only accept gold but be able to test if its real or not).

While today, bitcoin transaction fees may prevent something like this from being convenient or affordable, that will likely change as new technologies like Lightning Network and RSK become popular.

According to popular bitcoin commentator Andreas Antonopoulos, if all person-to-person cash transactions were to be replaced with bitcoin, then the value of a single Satoshi unit would be about one dollar each. If this were to happen, it is entirely possible that the bitcoin code could be modified to allow for even more divisibility. Perhaps new units could be created that are much smaller than a Satoshi.

Do away with BTC as the standard unit?

Today, when we talk about bitcoin, we usually talk about how much BTC, or how many pieces of a whole bitcoin does someone have. For example, someone is more likely to say I have 0.01 BTC than to say that they have a bitcent. In an article published back in 2014 on Coindesk, author Daniel Cawrey suggests that we should start thinking of bitcoin, not in terms of how many BTC we have, but in how many bits or μBTC we have.

The authors reasoning is that this can cause something of a marketing problem. If you were to tell someone who doesn’t understand bitcoin that you own 0.05 bitcoin, they might think, well, that’s really not very much. Conversely, if you were to say that you have 50,000 bits, it can certainly appear more impressive. Not only does it make it sound larger, but it is quite well known that humans prefer to deal with large, whole numbers instead of decimal places. In this vein of thought, it’s easier to remember that you have 10,000 bits instead of 0.01 bitcoin.

It seems, however, that the cryptocurrency world is not quite yet ready to transition into such a naming standard. It may happen once more widespread adoption occurs and more people choose to not think of their bitcoin always in terms of decimal places below one. But for today, the BTC measurement is still king.