Bitcoin futures contracts: they’re what we’re all talking about right now, both in the cryptocurrency ecosystem and in traditional investment circles alike.

Why? Because these futures contracts have the potential to be a game changer for both communities. Bear with us, and we’ll explain what’s at stake in detail.

First Off: What Are Futures?

Futures, or futures contracts, are used to hedge a position in a market speculatively. In this sense, a futures contract is a bet: you’re betting that the price of a commodity or instrument will be X amount, lower or higher than it is right now, on a specified future date. 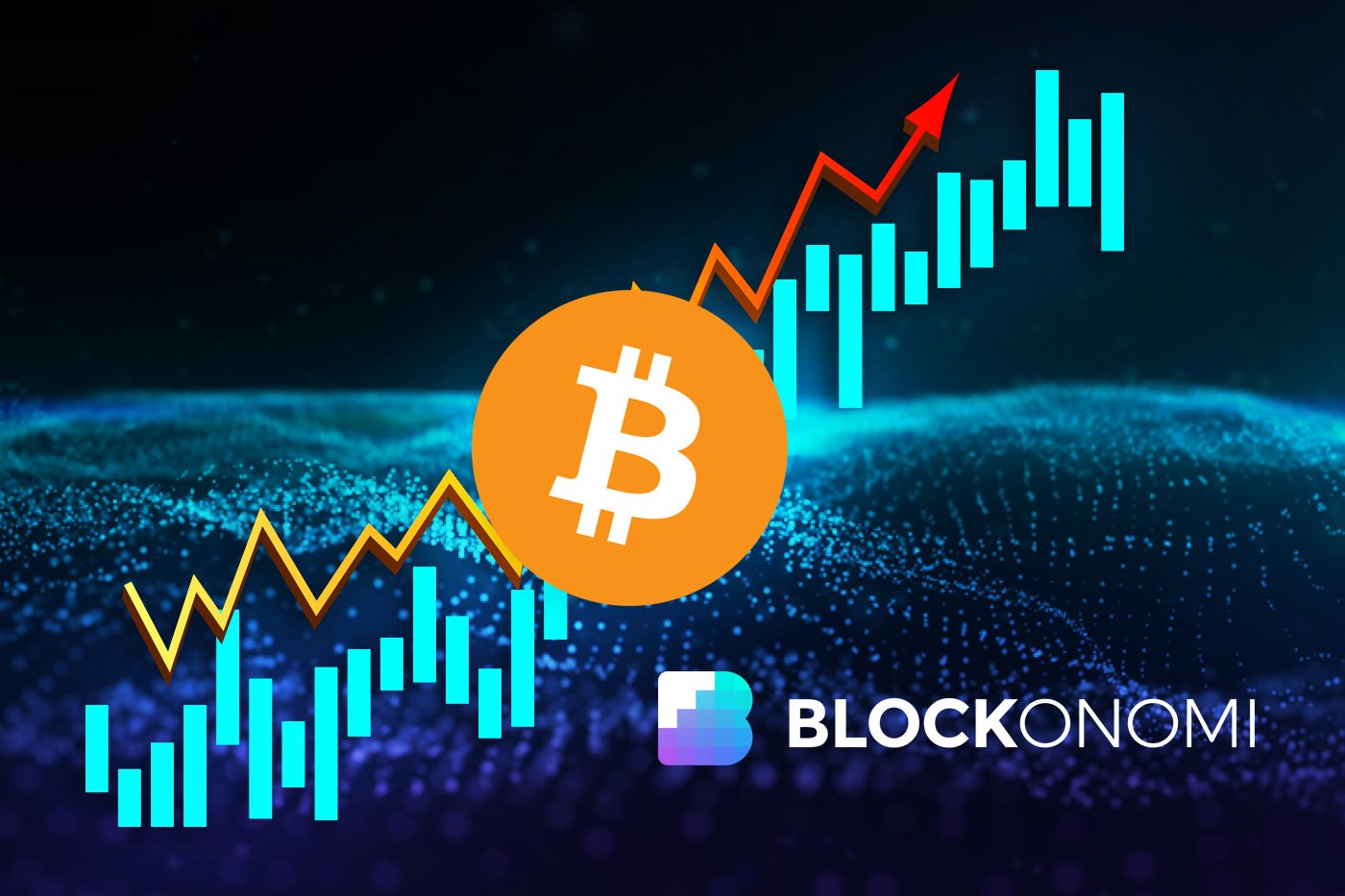 And once you enter into one of these contracts, they can be traded on futures exchanges with other buyers and sellers.

You can have futures on all sorts of things, including:

If you need help understanding a little better, consider this practical example:

You’re a corn farmer, and your farm will become inoperable if a drought hits in the next 12 months. In order to hedge your bet in case a drought does happen, you short corn futures.

If no drought comes, you absorb the loss and you’ll be covered by your profits from a full crop (hopefully covered several times over).

But if a drought does come, you will have shorted corn, meaning you’ll receive a payout for the tanking price. And this payout would allow you to financially weather the crisis. So this is just one example of how and why futures exist.

What Are The Significance Of Bitcoin Futures

So why do Bitcoin futures matter? For two major reasons.

First, bitcoin futures provides investors with the first real shorting option against the bitcoin price. Previously, you could really only go “long” on bitcoin. Now, investors can bet and profit on any kind of BTC price movement in a traditional, clearly-defined way.

Secondly, and more importantly, bitcoin futures gives traditional financial institutions, institutions that handle trillions of dollars every year, a way to enter the cryptocurrency space from the periphery, legitimizing Bitcoin as a maturing asset and the crypto ecosystem in general.

Remember, it was only a few years ago that bitcoins were virtually worthless, and it’s been an uphill battle for acceptance ever since. So for major financial institutions to be moving into BTC futures is a huge adoption milestone that forebodes further milestones to come.

In other words? Bitcoin is starting to hit the big time.

Remember the example of corn futures that was just illustrated? Well, apply that situation loosely to Bitcoin miners and you’ve got a really interesting potential use case for bitcoin futures.

Let’s break down the gist of the idea:

Bitcoin miners pay for their operating costs in, you guessed it, bitcoins. So if BTC experiences a massive acute price drop, miners might struggle to pay their monthly operating costs.

And that’s where a bitcoin futures contract could come in handy. If a bitcoin miner “shorts” bitcoin with a futures contract, they’ll receive a payout and will be able to stay operation regardless if the bitcoin price plummets.

In an October 31st announcement, the Chicago Mercantile Exchange (CME) declared its intentions to have bitcoin futures up and running in December 2017.

This made the CME the first traditional exchange to announce such a foray into the cryptocurrency space. 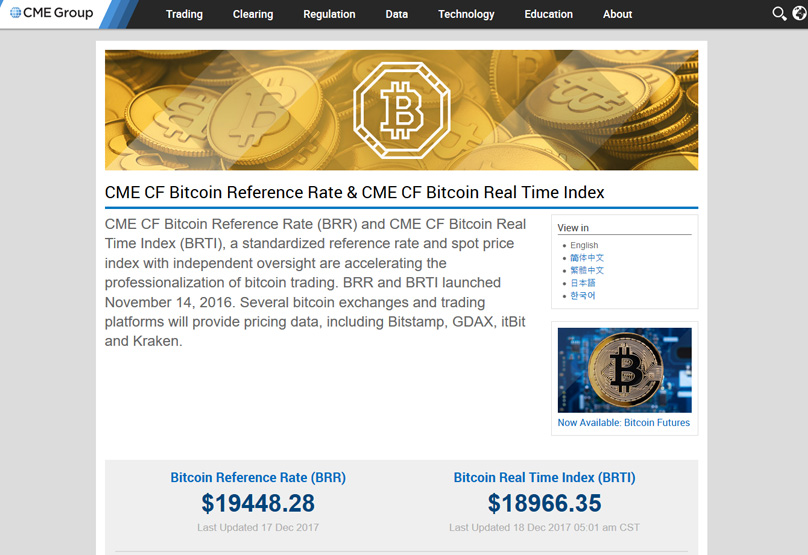 And this was a huge development for the Bitcoin community proper, as the CME is the world’s leading derivatives and futures marketplace. In other words, bitcoin futures couldn’t have found a more legitimate home to land at.

And a domino effect ensued, as other major institutions quickly followed the CME’s announcement with declarations of their own.

In short order, the Chicago Board Options Exchange (Cboe) mirrored CME’s announcement by saying they’d be launching bitcoin futures in December too. They’re live now, but more on that later.

The Cboe’s futures contracts are now being listed under the symbol XBT.

The exchange will rely on the Winkevoss twins’ Gemini Bitcoin exchange for its price references. 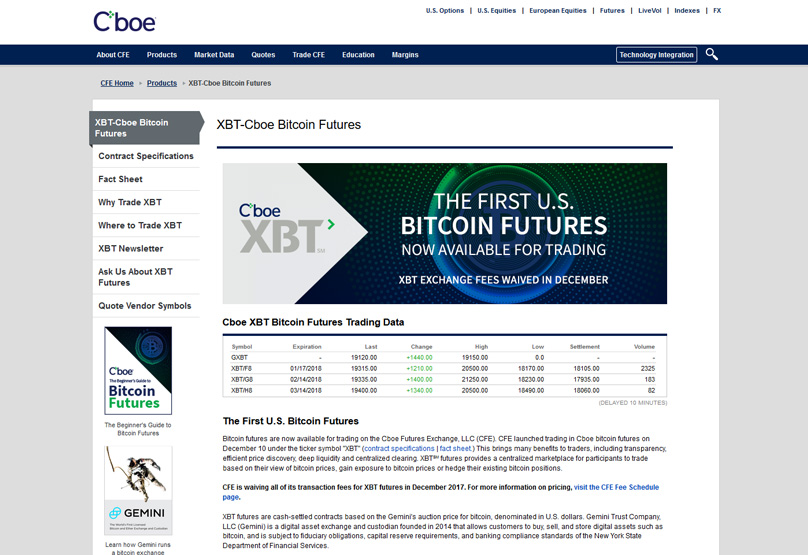 As a top regulatory body in the nation, the United States’ Commodity Futures Trading Commission (CFTC) has a great deal of sway over how Bitcoin futures could, or couldn’t, unfurl.

But investors don’t have to worry about a crackdown of any sort, as the CFTC announced in the early days of December that it would allow the CME, Cboe, and the Cantor Exchange to self-certify bitcoin futures contracts.

In other words: game on.

“Bitcoin, a virtual currency, is a commodity unlike any the Commission has dealt with in the past. As a result, we have had extensive discussions with the exchanges regarding the proposed contracts, and CME, CFE and Cantor have agreed to significant enhancements to protect customers and maintain orderly markets.”

NASDAQ and TD Ameritrade Want In

The NASDAQ is the second-largest stock exchange in the world. And on the heels of CME’s and Cboe’s bitcoin futures, Nasdaq, Inc. is moving to launch BTC futures of their own now.

The more the merrier, right?

But the institutional titans most certainly aren’t slouching. They’re promising to provide more accurate contracts than their competitors.

Speaking of institutional titans, TD Ameritrade isn’t sitting back and watching the episode unfold before them. The large brokerage firm is now moving to create their own BTC futures. Accordingly, it seems critical mass has been reached; these mega players in the industry are going to have companies small, medium, and large following suit.

The herd is coming, as it were.

First Day Of Trading Was Interesting

The first Cboe bitcoin futures contracts went live on December 10th, 2017. But the excitement around the launch caused the Cboe website to crash once or twice, showing just how impressive interest was.

And trading has started to really pick up in the ensuing days. Trading of bitcoin futures first started out skittish, but trade volume is increasing as more and more investors decide to give the new, unprecedented financial instrument a try.

A huge concern that had been circulating before the launch of these contracts is the possibility that futures would actually work to suppress the bitcoin price. Some even went as far as to say that bitcoin futures were going to a) destroy the Bitcoin project itself and/or b) cause a speculative bubble crash in traditional financial markets.

Luckily, nothing of either sort has materialized yet so for now everything looks good. And the situation seems primed to get even more popular in the weeks ahead.

It’s important to remember these futures contracts are cash-settled, not bitcoin-settled. That means traditional Wall Street types can now “play in crypto” without ever directly owning or transacting in cryptocurrencies.

That dynamic alone should cause a new and impressive influx of cash and interest into the Bitcoin Boom and other top cryptocurrencies in extension. So while bitcoin futures are something to keep an eye on, there’s nothing to fear for now. And let’s hope it stays that way for the foreseeable future.