On 25 October2017 a new cryptocurrency called Bitcoin Gold split off from the Bitcoin blockchain. In mid-November, another new coin is expected to be released, known as Segwit2x. These coins are the result of what is known as a ‘hard fork’ from the Bitcoin blockchain. This article will describe what exactly a hard fork is, what Bitcoin Gold & Segwit2x are, and how it will affect your Bitcoin.

What is a Hard Fork?

As Bitcoin’s software is open source, the source code is free and available for all to view and utilize. As it evolves, some changes will inevitably be required to be made to the source code to ensure it remains fit for purpose. These changes can be minor (which may result in a soft fork) or they may be fundamental to the very nature of the blockchain. A hard fork is what happens when the blockchain splits in two based upon a fundamental change in rules governing the system. The change of rules allows new blocks to be created that would be incompatible with the older system, as non-upgraded nodes ware unable to validate blocks created by upgraded nodes that follow the change of rules. Hard forks are often a result of a software upgrade, or an expansion of the rules governing the blockchain. 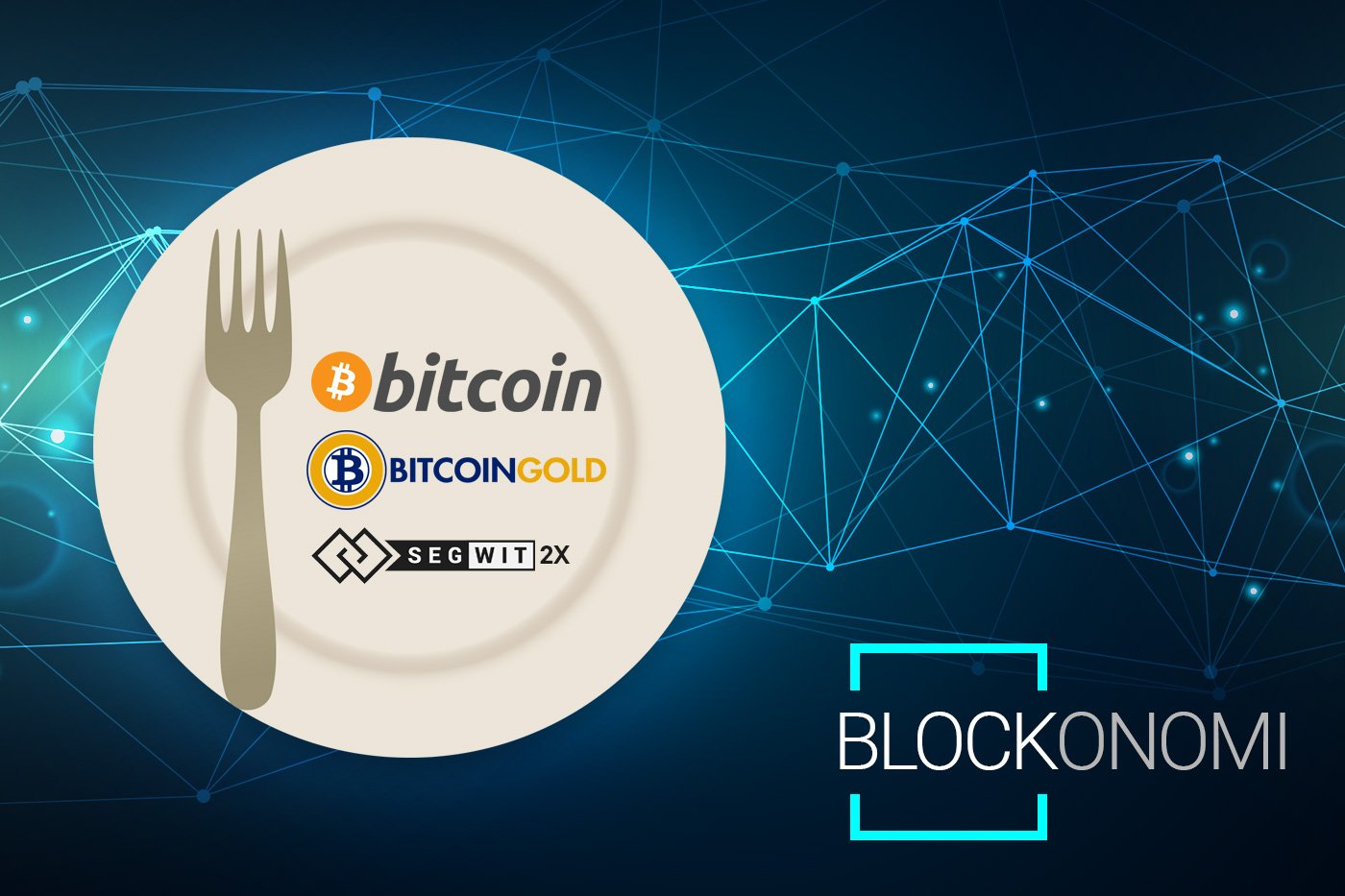 Whether a hard fork succeeds depends on whether the upgrade receives the consensus between the developers of the upgrade and the other stakeholders, including Bitcoin exchanges and miners. For example, in the result of a hard fork where there is limited consensus for the fork, the majorities of miners do not upgrade their system and continue to mine the older system and the new coin created by the hard fork would lose value rapidly. Alternatively, if major exchanges do not allow users to trade using the new coin, it will be harder for it to attract investment. However, in the event that there is a fairly even split between stakeholders as to which blockchain should be utilized, it can result in exchange rates dropping sharply across the industry.

There are differences of opinion within the Bitcoin community as to whether hard forks are good or bad for the industry. On the positive side, it allows the community to split and make their own developments separately, which can result in improvements to the system that would otherwise have been lost. However, on the negative side, too many hard forks can result in confusion among investors as well as diluting the market. For example, the Bitcoin blockchain has only 21 million blocks to be mined. However, by implementing hard forks, there is the potential to mine unlimited amounts of spin-off coins, which may result in a reduction in consumer confidence in the whole industry and therefore a reduction of investment in the industry.

Other obstacles facing hard forks is reaching consensus, with many commentators suggesting that more time should be given to consulting with the Bitcoin community before launching a hard fork, as without consensus a hard fork may weaken what is supposed to be a united decentralized community.

The Bitcoin Gold (BTG) project is a hard fork intended to prohibit mining systems known as Application Specific Integrated Circuit (ASIC), which are circuits customized for highly efficient Bitcoin mining. According to the developers of BTG, the use of ASIC mining has resulted in mining becoming too centralized in a small number of miners and has resulted in larger companies having too much control and influence over the direction of Bitcoin. According to the BTG developers, by decentralizing the network, it will make it more accessible to users, allowing more people with less powerful computing power to mine BTG. 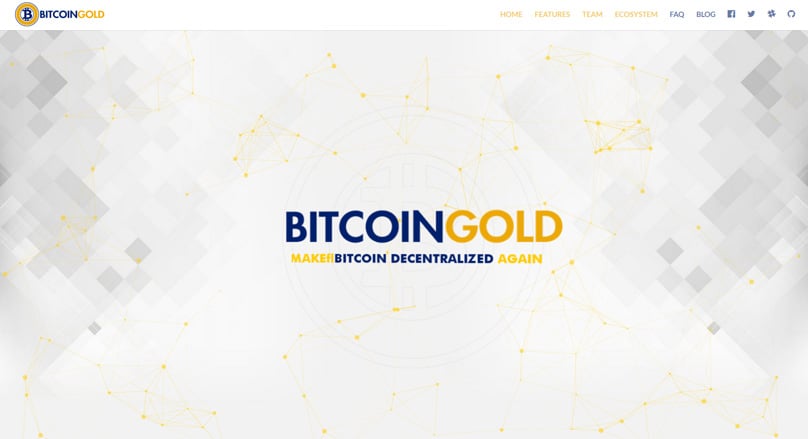 The developers have claimed that the BTG project has support from twenty exchanges and wallets. However, Coinbase has stated that it won’t support the coins initially, citing a lack of transparency.

The Segwit2x (B2X) hard fork is a technical compromise stemming from an agreement reached in May 2017 between a large number of Bitcoin miners and businesses, known as the New York Agreement. Segwit2x is intended to increase the size of each individual block on the Bitcoin blockchain from 1MB to 2MB. According to proponents of the hard fork, the small size of Bitcoin blocks combined with the increased popularity of Bitcoin has led to congestion and delays in the amount of time it takes for a transaction to be verified. This has resulted in increased transaction fees, as an incentive to include transactions in whatever block they are mining. Therefore, anyone carrying out Bitcoin transactions have two choices; pay higher fees for faster transaction, or don’t pay the increased fees and deal with slower transaction.

However, many who are against the B2X hard fork cite concerns that B2X does not provide protection from replay attacks. A replay attack is a potential hack that can occur following a hard fork, whereby attackers can replicate transactions made on the forked chained (ie, the B2X chain) on the legacy chain (ie, the BTC chain) which will result in the transaction being duplicated. Replay attacks are the result of the fact that BTC coins and B2X coins will have the same private keys following the hard fork, meaning transactions are valid on both chains. In light of the concerns, the developers have introduced an opt-in replay protection scheme. However, there remains a concern that many users will be unaware of the opt-in replay protection and will therefore be susceptible to a replay attack.

What to do if you own Bitcoin

In theory, hard forks are good news for Bitcoin holders. The exchange rate for Bitcoin Gold is 1 BTG to 1 BTC, meaning that the fork has, in a sense, doubled your Bitcoin holdings. However, because hard forks can lead to uncertainty there is a real risk of severe fluctuation in the market (even more than normal!) and the value of your coins are only whatever the market deems them to be worth. For example, at the time of writing, BTG has dropped over 66% from its value on the day of the hard fork.

In addition, the uncertainty surrounding hard forks can lead to increased risks to your Bitcoin holdings. If you hold private keys to your Bitcoin at the time of the fork you can therefore access your BTG and B2X. However, if you keep your Bitcoin on an exchange, it is a matter for the exchange to decide whether you receive your BTG and B2X. For example, as stated above, Coinbase have expressed doubts about B2G and therefore users with BTG have not been given access to any BTG. Coinbase expressed similar doubts in respect of Bitcoin Cash, a hard fork that occurred in August 2017, although they have stated that users will receive Bitcoin Cash from January 2018. Coinbase have also stated that they will credit customers with any B2X at a 1 BTC to 1 B2X exchange rate on the date that it launches.

The other potential issue with keeping your Bitcoin on an exchange during a fork is the potential for technical issues to arise as a result of any changes being made to the servers. Exchanges are also likely to temporarily cease allowing deposits and withdrawals, and potentially even trades, during a fork.

Therefore, it is recommended that before the B2X fork, you should ensure that your Bitcoin is stored in a wallet which allows you to possess your only private key or seed world, in order to ensure that you remain in full control of your Bitcoin holdings. Once you have your private key, you can be reassured that you are in full control of your funds before and after the fork. For even greater security, consider keeping your holdings in a hardware wallets and paper wallets. With paper wallets, you can can obtain or spend their funds whenever they want after the fork on both blockchains. With a hardware wallet, you may have to wait for a tool to be released. For example, Trezor have announced that they would not support BTG as, in their opinion, its coding is incomplete and it would therefore endanger customers Bitcoin due to replay attacks.

As explained above, leaving funds with an exchange during and after a fork exposes users to the will of a company’s decisions. The business may not let you deposit or withdraw between a specified period. So if you need access to funds that are on an exchange, you may not get them right away. Additionally, some exchanges may not release support for split tokens right away, and again you will have to wait. For instance, the exchange Coinbase has not yet released Bitcoin cash (BCH) holdings to their customers who kept funds on the trading platform prior to August 1 and the firm aims to release the BCH in January 2018.

However, although you do not have control of your holdings in an exchange, it may be prudent to follow their lead when it comes to Bitcoin transactions during a fork. It is therefore recommended not to buy or sell any BTC nor make any transactions in the period shortly after the B2X fork as there could be potential for replay attacks and long delays as a result of confusion arising from the fork.

After the fork, you will be able to access and split your coins. However, it is still recommended to remain patient and take time to consider the infrastructure in place for the forks before using the split networks. From here you can research how to import your private keys so you can claim split tokens, as well as wait for splitting tools from wallet and exchange providers and before such providers follow through with support and special chain-splitting tools.

At present it’s hard to tell what effect Bitcoin Gold and Segwit2X will have on the Bitcoin blockchain. In the first few hours of trading, the price of Bitcoin Gold fell sharply, but it remains to be seen whether it, or any other forked currency, will be a success in the long run. It is debatable whether much of Bitcoin’s recent gains are a result of an increased level of brand awareness of Bitcoin versus altcoins. However, if the forked coins bring about the improvements that they are intended for, it may be that the consensus will be to focus energies on the ‘improved’ product, rather than the name.  According to some commentators, the coin that gains the most followers of miners and developers will likely become the only Bitcoin going forward, according to the marketplace.

As always, Bitcoin holders should remain vigilant when it comes to their holdings. Be wary of using your Bitcoin during and after hard forks, and make sure to keep your holdings as secure as possibly, with personal access to your private key.