Bitcoin is Better: Gold’s Scarcity Up for Debate As NASA Finds Asteroid Filled With Precious Metals

For the longest time, Bitcoin pioneers have been pushing the cryptocurrency as an alternative to the United States Dollar and other fiat monies.

While many technologists, even Elon Musk, have agreed to the sentiment that cryptocurrencies are the future, a world in which government-issued paper money is entirely abolished is likely still a quixotic dream. 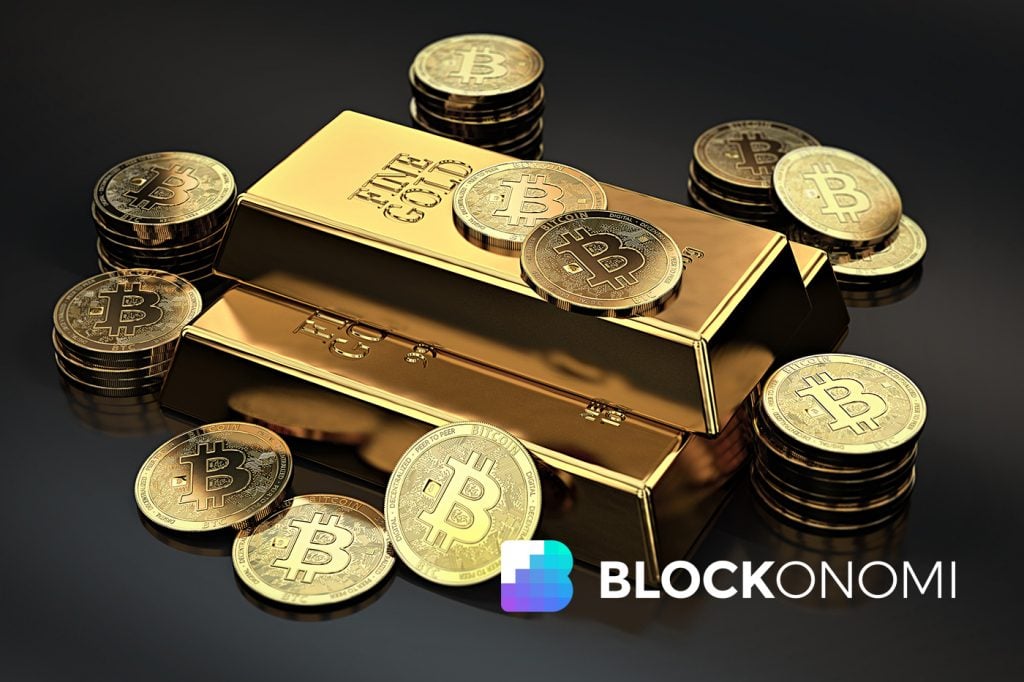 Thus, for the short term, most proponents of Bitcoin have focused on the asset’s viability as an alternative to gold, the de-facto “store of value of store of values” for millennia. This camp recently got validation of its beliefs with news that NASA has located and targeted a gold-rich celestial object.

Reported by British newspaper The Sun last week, NASA is “eyeing” an asteroid dubbed “Psyche 16”. Save for the fact that it is one of the largest beings in the asteroid belt between Mars and Jupiter, it may not ring any bells. But according to new reports, the icy rock, which is a little over 200 kilometers in diameter, is filled to the brim with gold, platinum, iron, and nickel — elements essential in many Earthly devices.

It has been estimated by individuals like EuroSun Mining’s Scott Moore that the various metals on the asteroid would be valued at over $8,000 quadrillion if mined in their entirety, a sum which is obviously hard to comprehend.

The Earth’s economy, in comparison, is effectively negligible; and Gold’s total market capitalization is somewhere in the $8 trillion range. Moore tells commodities outlet Oil Price that the “four to five million ounces of gold [the ‘Titans of Gold’] bring to market every year pales in comparison to the conquests available in space.”

NASA now has plans to probe the asteroid in the coming three years. This doesn’t mean that the U.S. agency will begin mining it, as NASA has pledged that the trip is for science, not profit, but there may be a future potential for Psyche 16 to be stripped for its metals. In fact, so-called “space mining” has become a trend in venture capital and commodities gathering as companies have looked to the future in search of a bigger and better bottom line.

Due to the sheer absurdity of the figures thrown about in the aforementioned article, Bitcoiners quickly took note. Prominent trader and member of the star-studded podcast “Magical Crypto Friends” WhalePanda noted that now that this asteroid is public knowledge, “gold bugs will learn the value of scarcity.”

What Panda and others like have are referring to is the fact that if the asteroid and others like it are mined, gold would not be the store of value it once was. In fact, if the surveys are accurate, there may be orders of magnitudes more gold on the asteroid than humans have mined. As a result of similar supply-demand economics, gold would then be valued as moot.

The day the gold bugs will learn the value of scarcity… and that's why Bitcoin should be in everyone's portfolio.https://t.co/6LpwxtHHuW pic.twitter.com/y5dCX2O8aT

But it’s an entirely different story with Bitcoin. You see, unlike the metal, which humanity has clutched to for thousands of years, Bitcoin has a mathematically-enforced supply cap, 21 million tokens.

What’s more, the asset’s supply curve can be predicted and cannot be changed, which is different than the variability in the mining of gold and other precious metals.

This is important in the eyes of many because, in the coming years, the inflation rate of Bitcoin will fall under that of gold, which is an occurrence that optimists claim will allow for BTC to surpass gold.

This isn’t the only reason why. BTC is decentralized and verifiable through the Internet, is portable and divisible through digital technologies, and is unconfiscatable. Gold, on the other hand, has an unlimited supply, centralization risks, an inability to be easily divided and moved around, and concerns around its purity.