Bitcoin Over the Counter Trades (OTC): How the Whales Purchase Cryptocurrency

Physics gets weird when things are very large or very small. The observer effect says, in so many words, that you can’t tell exactly where a very tiny particle is or how fast it is moving because the very act of observing it changes one or both variables. Financial markets operate in much the same way. Very large movements of cash on a transparent exchange can trigger sudden price movements that can change the value of the trade before it’s even completed. 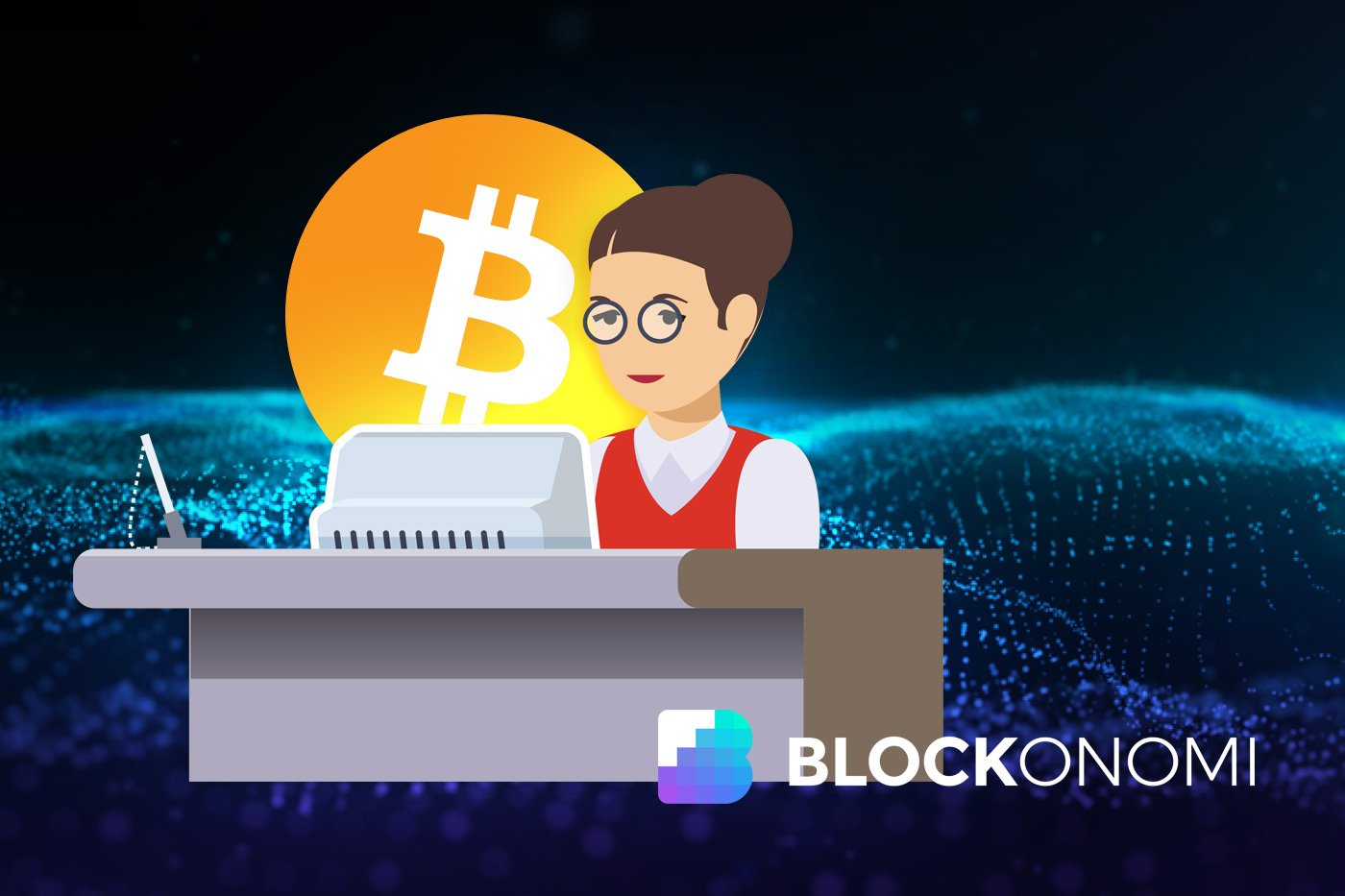 For that reason, big cryptocurrency players – hereafter called whales – rely on over-the-counter (OTC) markets to book their big buys. Let’s call a whale an individual or entity who plans to move $250,000 in fiat currency at one time. At some OTC providers, a minimum of $75,000 must be on the table before discussions can even begin.

What whales do under the surface, however, can create very noticeable and notable ripples in the general market.

Where the Whales Play

By its nature, the value of different cryptocurrencies can vary widely. A popular exchange like Binance or Kucoin lists individual coins that cost fractions of a cent and coins that cost thousands of dollars apiece. This is the visible market the majority of crypto players are most familiar with.

Liquidity in that market is restricted by the number of individuals participating in the market at any one time. It’s also restricted by what currencies carry what liquidity.

It’s less like a crypto store with a big warehouse out back and more like a side-street barter table. A big player in such a market can only buy what’s being offered. Moreover, if that big buyer announces the intention to buy all the jade trinkets currently available, the price of those trinkets is going to skyrocket. If that same player arrives with a bag of trinkets and announces the intention to dump them all as soon as possible, the price will drop. This phenomenon is known as slippage. For players in the $250,000-and-up arena, OTC markets are the preferred option. OTC providers can take the form of institutions, private traders, or brokers. Their primary job is to provide a layer of insulation and security during the buy, so that the parties involved aren’t buffeted by the wild market at large while the transaction is taking place. Imagine a waiter steadying a table in the galley of a rolling ship while the two players dine. That’s the role of an OTC provider.

It’s no secret that the rich do things differently. In some elite, ultra-rich communities, it’s not unheard of for well-heeled ladies and gentlemen to eat pizza with a knife and fork. Legends tell of the fabulously wealthy who only wear socks once before throwing them out or arrange to buy the Elephant Man’s skeleton…just because.

The way the rich buy cryptocurrency is no different. But like the infamous trickle-down economic theory, what whales do behind the scenes can have a direct impact on the common market.

Market cap is probably the most visible example. The market cap for all cryptocurrencies has grown from about $17 billion in January 2017 to $770 billion now. Much of that market cap was injected by large buyers – some of them governmental entities, like China – without disturbing the day-to-day market. As a result, the liquidity of the day-to-day market has gone up significantly, which allows smaller but still significant buyers to enter the market without making waves. The whales paved the way for dolphins to play among the minnows, in other words. The whales also provided a hidden support system for prices. Without much fanfare in the open market, large, established projects like Bitcoin found themselves underpinned by large sums of liquid cash. This kept the coins from tanking when exchange volume got lackluster and gave credence to the idea that big money, of some kind, was betting that cryptocurrency had a future.

The mechanics of OTC transactions are relatively straightforward. The OTC provider learns exactly how much currency is at stake and identifies a counterparty for the trade. On an exchange, this process is mediated by the exchange itself. Offers are exchanged and, once agreed upon, the OTC provider goes to work. The accompanying due diligence matters are resolved per U.S. law, and the transaction is completed.

If you are or aspire to be a whale, you probably already know it. You are also probably already aware of your options. The big crypto OTC providers are Cumberland, Jump, and Circle. It’s hard to rank them because their transactions and earnings are necessarily kept private. After all, that’s one of the primary reasons for using an OTC market. 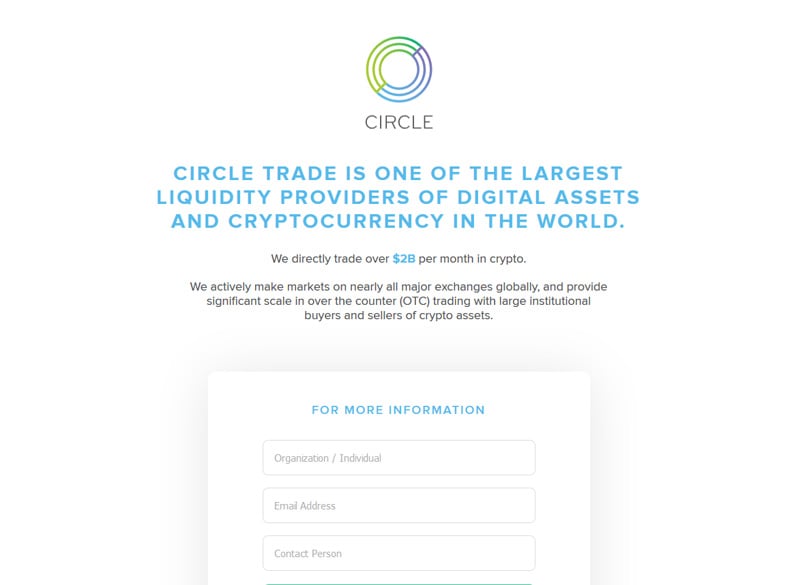 If you are a whale, then you have the power to make or break markets. This can lead to unforeseen (and otherwise) consequences, like a pump-and-dump.

For the 99 percent of crypto buyers who know they are not whales, whale-watching is probably at least as useful as refreshing Coinmarketcap.com’s tables every few seconds. Probably even more so.

If the whole point of using an OTC market is to keep big buys from immediately shaking up the market, what does whale-watching entail?

Keeping an eye on the total market cap is a useful indicator that whales are on the move. Increases in market cap tend to be tied to specific events – a new exchange listing, a roadmap release, something concrete. Steady, heavy changes in market cap that don’t appear to be tied to some specific event can be evidence that whales are at work. OTC transactions take time, unlike the click-and-buy nature of exchanges. If a coin experiences some great calamity or triumph, and the price moves shortly thereafter, it’s unlikely whales were involved.

Another way to identify whale movement is by watching the top wallets of  the particular coin you are interested in, you can see if the whales are accumulating or selling off their assets. This is something that is unique to the Blockchain, in what other asset class could you see exactly how much individuals are holding ? 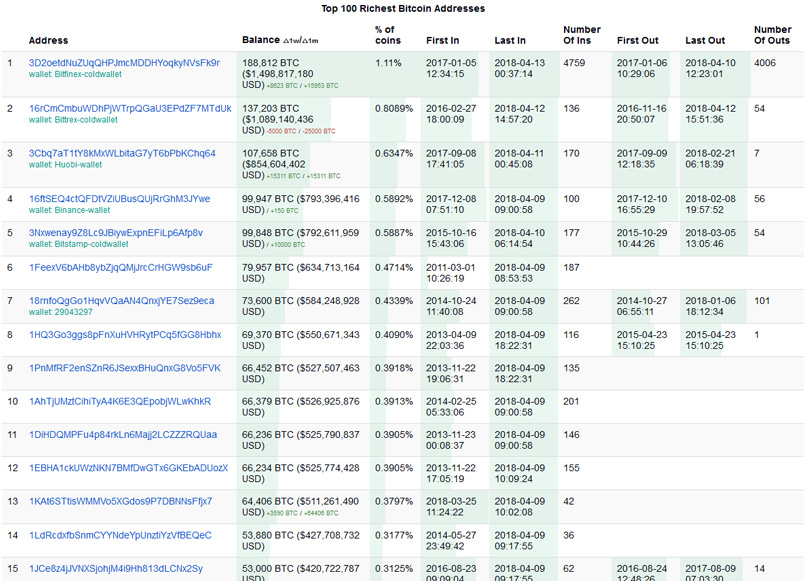 It’s estimated that the OTC crypto market is larger than the day-to-day exchanges that most players associate with the market as a whole. This isn’t entirely surprising. The regular economy is shadowed by an equally large and complex paper market, comprising a shadowy maze of futures, derivatives, and other financial tools. And then there’s the bulk buyer market, where governments and multinational corporations operate. At some level, every consumer knows that the price Wal-Mart gets for apples beats any price he or she could negotiate alone. This is partly to enjoy economies of scale and partly to keep a modicum of control over the market. After all, if you were to learn that Wal-Mart had purchased every available apple in the U.S., wouldn’t you start taking a long, hard look at quitting your day job to guard the apple tree out front?

Large cryptocurrency transactions are frequently conducted via OTC providers that keep their whale clients from disturbing and being disturbed by the market while they go about their business. The effects of whale movement, however, are important to the market as a whole and a useful barometer for the minnow-sized investor. Recognizing whale movement in key currencies and the market as a whole can provide a weather map for changes ahead or direction in general. It’s even possible to get a sense of what coins might be due for a large breakout, based on changes in the market cap over time.