The United States Federal Reserve Chairman, Jerome Powell, referred to Central Bank Digital Currencies (CBD) by stating they would not replace cash but complement it.

The remarks took place at a conference hosted by the Committee on Payments and Market Infrastructures taking in Basel, Switzerland.

During the conference, Powell said,

“Relevant to today’s topic, one of the three key principles highlighted in the report is that a CBDC needs to coexist with cash and other types of money in a flexible and innovative payment system.”

The report being referenced in his closing remarks also contained two other principles that according to the Bank for International Settlements should guide CBDCs: support wider policy objectives without harming monetary and financial stability and provide features to promote innovation and efficiency.

The chairman also referred to the experiments currently being by the Federal Reserve Bank of Boston as the Covid-19 forced governments around the world to notice the limitations of current financial systems when it comes to cross-border payments.

In previous months, Powell has made it clear that the Federal Reserve doesn’t “feel the need to be first” when it comes to releasing a CBDC, remarks that come at a time when governments around the world are testing their own approaches to a central digital currency, with China being one of the most advanced on that regards.

While cryptocurrency’s popularity and adoption have continued to grow over the years, concerns about crypto regulations around the world have consistently been shared by experts in the industry as countries like India take an unfriendly stance

Ryan Selkis, Messari’s founder, tweeted back on March 18th that while he was bullish when it came to the future of crypto, he believed that, “everyone might be mispricing global regulatory risk.”

I’ve never been more bullish on crypto but I think everyone might be mispricing global regulatory risk.

When crypto looks like a toy, it’s not a threat. When stablecoins hit PayPal volumes and go private, it starts to look like a weapon.

He added that the increasing success of cryptocurrency has transformed the government’s perception from considering a “toy” to a “weapon” as stable coins reach volumes usually associated with private enterprises the size of PayPal.

With Bitcoin at a value of about $57.7k at the time of publication, the entrepreneur claims to have created orders to sell 10% of its BTC holdings once it reaches values between $80k and $125k, with his strategy been waiting for how the ecosystem evolves after those milestones are reached.

Government institutions like the Securities and Exchange Commission (SEC) have recently started taking action against crypto enterprises like Ripple in an attempt to create a precedent on what constitutes a security and who is allowed to raise money by selling it, a move that has been highly criticized by financial experts.

Back on Sunday 14th of 2020, a motion to intervene was filed by Deaton Law Firm on behalf of over 6000 XRP holders who considered that the SEC lawsuit had resulted in millions of dollars in losses due to, “intentional misconduct and/or gross negligence”.

A similar request has been submitted earlier to the SEC, who dismissed it by saying that the court where the lawsuit was being addressed was, “the exclusive forum to hear all claims related to its Complaint against Ripple and the Digital Asset XRP”.

What Did I say about being knocked down and how we respond?

It was denied “without prejudice” with the ability to refile in accordance with Judge Torres’ local rules. This simply means it must be refiled as a letter motion. I’m on it, please don’t get discouraged. https://t.co/R54YTBn5SW

The motion was reviewed by U.S. District Judge Analisa Torres, who denied it soon after but giving the chance to resubmit the motion in the future. The denial was the result of XRP holders not filing a pre-motion letter, a process required by the internal rules of the court.

John Deaton, the lawyer representing XRP holders, tweeted its intention to refile the motion as a letter motion, while also asking its representees not to be discouraged by the news. 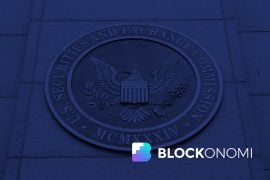 They’re Coming: Governments Around The World Roll Up Sleeves On CBDCs