Just 18-odd months ago, history was made when the Chicago Board Options Exchange (CBOE), one of the world’s largest financial derivatives markets, revealed that it would be launched a futures contract for Bitcoin (BTC), which was then occupying the monitors of everyone and their mother.

At the time, the CBOE was absolutely pumped, with an executive saying that he expected for “the cryptocurrency market to explode in terms of the asset that they touch, the currencies that they involve” in the coming decade. 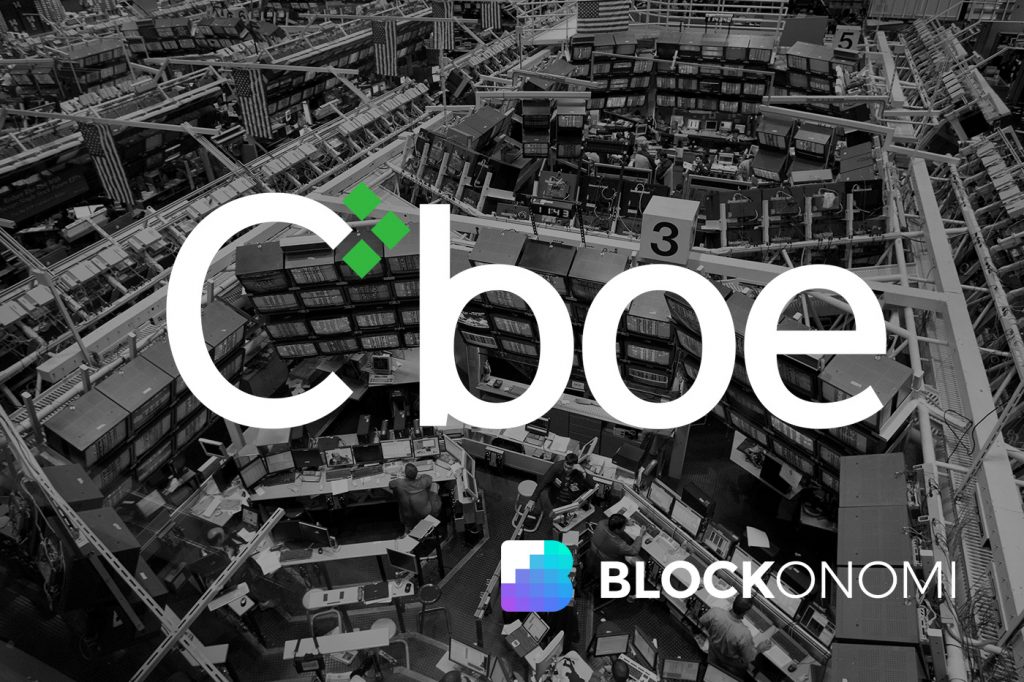 But after a brutal collapse in the market, which saw many an exchange hack, questionable market conditions, and a monumental loss in retail interest, the CBOE decided earlier this year (prior to BTC’s surge) that it would be re-accessing its role the industry.

As reported by Blockonomi, the firm explained in a March announcement that by June 2019, CBOE users would have no open interest in any of the CBOE’s Bitcoin contracts. The announcement read:

“The CFE is assessing its approach with respect to how it plans to continue to offer digital asset derivatives for trading. While it considers its next steps, CFE does not currently intend to list additional XBT futures contracts for trading.”

Upon the release of this announcement, crypto’s skeptics were euphoric. Prominent BTC short seller Mark Dow, who purportedly shorted the top at $20,000 all the way down to three thousand or four thousand, noted that this, in his eyes, is a clear sign of a lack of liquidity in the cryptocurrency market. Dow, an American fund manager, added that he finds it hard to believe the institutional adoption narrative when the CBOE snuffs its crypto ambitions.

All joking aside, since I had to roll my #bitcoin exposure each month last year, I saw that the liquidity got worse every time. Hard to buy the story about broadening institutional adoption when you see this. $BTC $XBT https://t.co/3gXFjwl5qc

Indeed, at the time, CBOE’s volumes were rather harrowing. Per data gathered by The Block, the market had seen volumes fall by 80% since early-2019, seemingly fall in step with the value of BTC. This came, however, as other markets picked up where the CBOE was slacking.

Yet, this isn’t too say that the “institutions are coming” cliche isn’t actually true. Recently-released data from another prominent mainstream exchange is showing that contrary to Dow’s observations, there is still a copious amount of money in the institutional side of Bitcoin markets, 2018’s crash aside. Let’s take a closer look.

According to a recent tweet from prominent cryptocurrency investor “I Am Nomad”, the Chicago Mercantile Exchange (CME) has been doing much better in the Bitcoin industry than its counterpart and rival.

In the firm’s latest Bitcoin-related newsletter, it was revealed that May was the “best month since launch” for the exchange’s cryptocurrency operation. More specifically, the firm’s clients purportedly traded over 300,000 contracts in the short time period, which amounts to over 1.5 million paper BTC — wow. An excerpt elaborates on the booming statistics:

The CME even confirmed that institutions are really flooding into cryptocurrency, writing that interest from this subset is “rising” and that 223 accounts have begun to trade the contract for the first time in May — a big deal for a market as relatively small as BTC’s. Thus, the closure of CBOE’s contract should not be pinned to a “decrease” institutional interest, but rather a collapse in interest for the CBOE’s market in particular.

If history is of any indication though, it will be only a matter of time before the CBOE comes rushing back into cryptocurrency, especially if the value of Bitcoin continues to embark on a strong run to the upside.