Renowned for its DDoS protection services, Cloudfare unveiled its new so-called Ethereum Gateway on Wednesday, the release coming as part of the company’s in-house Crypto Week 2019 festivities where it’s rolling out a series of new services that leverage “modern cryptography to build a more secure, trustworthy Internet.” 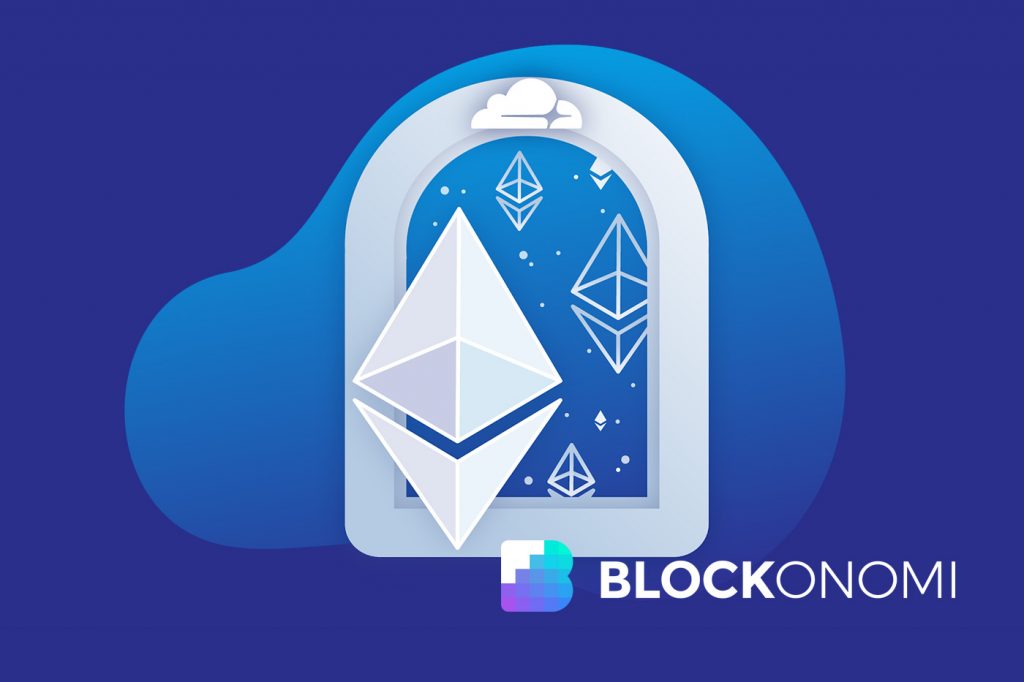 In an associated blog post, Cloudfare cryptographer Jonathan Hoyland explained the new — and notably free — Ethereum Gateway as the latest addition to the company’s Distributed Web Gateway suite. Accordingly, users can now interact with the Ethereum network with no extra software needed.

.@Cloudflare, one of the world’s largest networks on the internet, is now providing high-performance access to the Ethereum network. https://t.co/ccnixaY7pp

Decentralized websites on Ethereum via Cloudfare are now possible, he added:

“This setup makes it possible to add interactive elements to sites powered by Ethereum smart contracts, a decentralized computing platform. And, in conjunction with the IPFS gateway, this allows hosting websites and resources in a decentralized manner, and has the extra bonus of the added speed, security, and reliability provided by the Cloudflare edge network.”

The cryptographer concluded the post with a long and generalized primer on the technology of Ethereum and the Cloudfare gateway, which was quickly applauded in its own right by stakeholders in the Ethereum community for capably introducing the blockchain and its possibilities to a wider, tech-savvy audience.

On the other hand, there were those who pointed out that using Cloudfare to access a blockchain could be counterproductive to the mission of decentralization.

In responding to that line of thought, Gnosis team member and EthHub co-creator Eric Conner cast the Ethereum Gateway as a welcomed alternative to Infura, which similarly provides access to Ethereum but has been been characterized as a chokehold of sorts. Infura presently underpins many of Ethereum’s most popular dapps, including CryptoKitties, MetaMask, and Ujo.

2 things I guess. The running their nodes for you part obviously isn’t truly decentralized but at least it’s an alternative to Infura finally. That’s good!

The hosting web page to me seems fully decentralized which is really cool. Content on ipfs and backend in a contract.

As for Ethereum developer Péter Szilágyi, he characterized the Ethereum Gateway news as “not bad per se,” but maintained Cloudfare was positioning itself as an ultimate informational intermediary and thus a “global adversary” — a concept from cryptography entailing “an entity that has access to the entire flow of encrypted information.”

A global adversary is a cryptography concept to describe an entity that has access to the entire flow of encrypted information. Many protocols rely on the impossibility of such an entity. @Cloudflare's goal is "to be in the middle of everything" ~@grittygrease, so go figure.

It’s not a matter of maliciousness, then — rather, it’s that Cloudfare is a well-positioned business that’s looking to expand and consolidate its reach into the arena of the decentralized web.

However you look at it, the Ethereum Gateway is only the latest embrace of the smart contracts platform from a high-profile, mainstream tech company. Earlier this month, the Google Cloud team outlined how “hybrid” cloud-blockchain apps could be built using a combination of Google’s BigQuery service, the Ethereum public chain, and decentralized oracle service Chainlink.

As bigger players turn their eyes to Ethereum, the blockchain’s builders are turning their eyes to the network’s most pivotal transitional period yet.

Last week, Ethereum Foundation researcher Justin Drake noted during the 19th ETH 2.0 Implementers Call that January 3rd, 2020, could be an ideal date to activate “Phase Zero” of the Serenity upgrade, which will shift Ethereum from proof-of-work mining to proof-of-staking validating for its consensus and thus see the genesis block of the ETH 2.0 Beacon Chain birthed.

Why January 3rd, 2020? Firstly, Drake said that date would give relevant stakeholders time to prepare as the holiday season will have died down by that point. Secondly, the researcher said the date would be a special homage to Bitcoin, which saw its genesis block launch on January 3rd, 2009.

The comments come ahead of the planned specification freeze for Ethereum’s proof-of-stake code, which is set to take place at the end of this month.