What is Hodl & Other Common Cryptocurrency Terms: Guide for Beginners

Courtesy of the acute bull run the cryptocurrency space just experienced, there’s more new Bitcoiners and the like to welcome than ever before.

That also means there’s a lot of new users who have a great deal of homework to do in order to play catch up; the cryptocurrency ecosystem can be extraordinarily dense at first for newcomers. But it need not be that way for long.

One of the first things that crypto newbies will need to do is become “literate,” as it were, in the vernacular and jargon of the space. It might seem like everyone’s speaking a different version of English you’ve never seen before, but you’ll pick everything up quickly. Especially after getting caught up with the major keywords in this post! 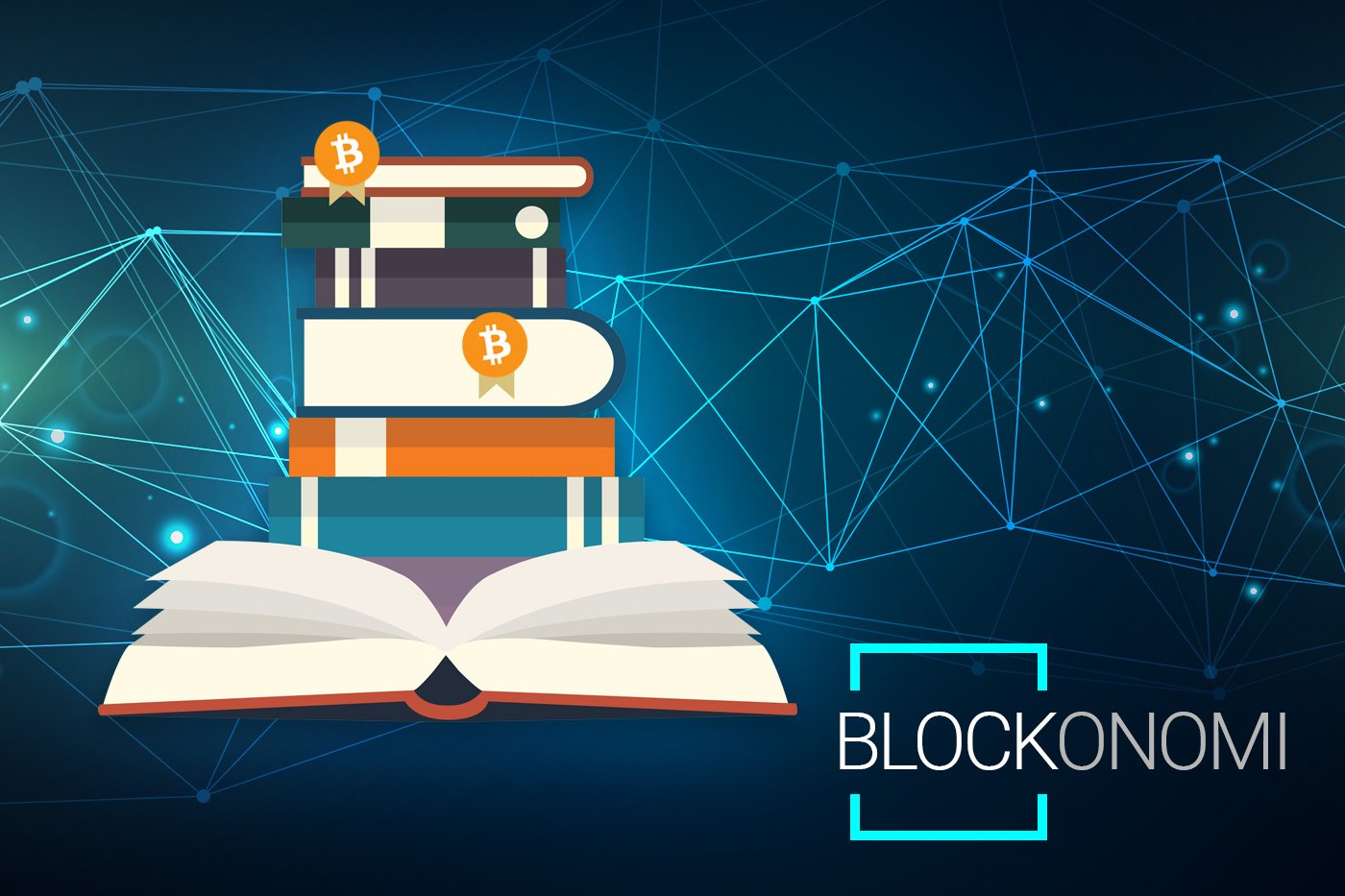 So, let’s get right to it then: we’ll walk you through the most important and prevalent cryptocurrency terms so you can be holding your own with other traders in no time.

“Hodl,” is simply a misspelling of “Hold” which expresses the zeitgeist of crypto investors right now.

The term originated on the Bitcointalk forum in the thread titled “I AM HODLING“, in which a user named “GameKyuubi” who made the spelling mistake when expressing his thoughts ( after drinking whiskey ) about his mindset when it came to Bitcoin trading. 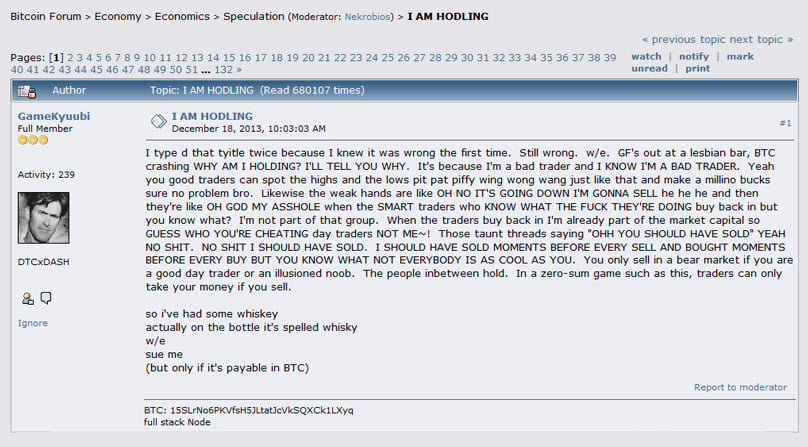 The phrase has also been described as meaning “Hold on for dear life.” This is a reference to the astonishing levels of cryptocurrency markets as the space is still so premature. Hang on, in other words, because your portfolio is going for a wild ride no matter what.

If you don’t “hodl” and you end up getting overly emotional during daytrading, you could lose a significant chunk, if not all, of your crypto stack.

So hodling is suggested as the superior portfolio strategy for novices and amateurs who just like most of us have no experience in daytrading of any kind, much less the hyper-volative daytrading we see with cryptocurrencies.

Consider, for example, how there are still a few people who are stilling holding bitcoins from 2009 and 2010. They may be few and far between, but they exist. And according to forensic analysis from blockchain detective firm Chainalysis, we know that some of these “holders” are still hodling because they came online to transact with their “airdropped” Bitcoin Cash after the August 1st hard fork.

These users, then, are the OG hodlers.

The idea is to sit back and not to lose your stack from botched trades. If cryptocurrencies continue to explode in value in the decades ahead, it will have been worth it just to sit on your crypto as if it were a treasure trove. Thus HODL!

“ATH” signifies all-time high, as in “all-time price high.” In the context of cryptocurrencies, it refers to the highest price milestone that any given coin or token has ever achieved.

The recent bull run in the crypto market is a great example. Years ago, it would’ve been unfathomable for the price of bitcoin to hit $11,000 USD, yet that “ATH” was just achieved. See? Pretty simple right. 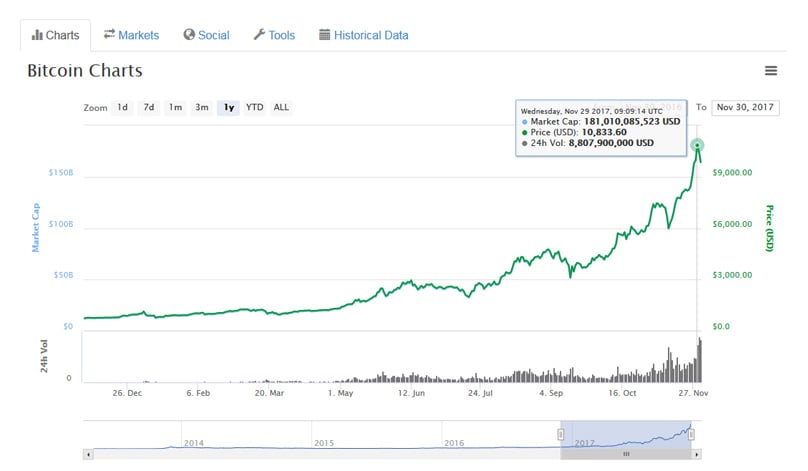 With BTC, things really have been wild lately, as we saw the bitcoin price hit several new all-time highs over the span of just a few days; from $9,000 to almost $12,000.

And all-time highs come and go, as you can imagine. Relatively speaking, Ethereum’s associated “fuel” coin, ether, hit an all-time price high of $420 back in June 2017. ETH didn’t see that ATH breached until just a few days ago, when the #2 crypto by market cap exploded. As a matter of fact, we just saw another new major ATH for ETH; $509 on November 29th.

It’s a phrase that describes the heightened sense of panic and anxiety that can spread through the ecosystem like wildfires , sometimes deserved, sometimes definitely not.

There’s legitimate FUD, as in when a serious problem has arisen that’s spooked the community. Consider hacks or restrictive regulatory announcements, for example. China’s ban of ICOs caused everyone in the ecosystem to freak out, reasonably so at the time. 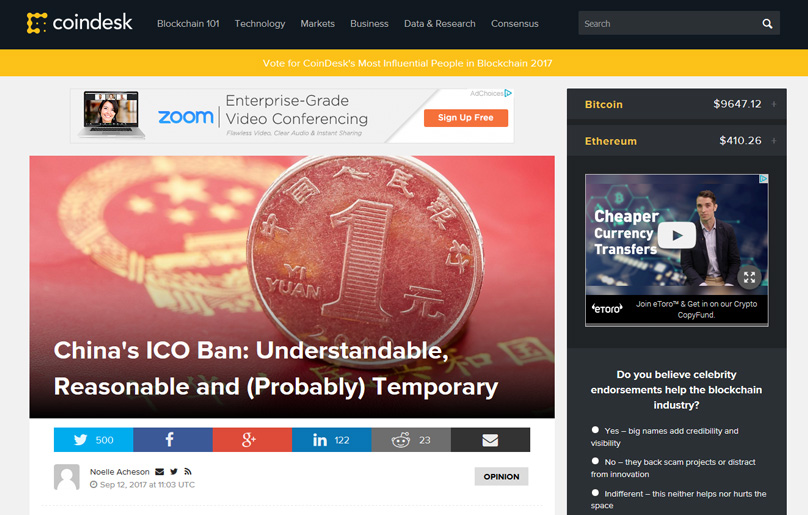 Then there’s shilled FUD from FUDsters, which can happen for a few reasons.

It can come down to basic tribalism. Bitcoiners are quick to point out any problem in the Bitcoin Cash community, and vice versa. Think of this as being competitive FUD.

Then there’s the FUD that comes from people who will personally benefit from a price drop. Let’s say someone is shorting BTC privately. Well, naturally it would suit their goals, then, to spread acute panic about Bitcoin in order catalyze a short-term price drop, i.e. fulfilling the short.

You have to be critical and even-keeled in the face of FUD. You will have to do your research to know if a threat is real or imagined.

“FOMO” is the so-called “fear of missing out.”

If panic selling is where prices crash because traders acutely freak out, then FOMO is when prices surge upwards because investors are trying to hop on short-term price rallies.

That’s essentially what FOMO is.

Here’s a concrete example. Let’s say BTC goes on a short-term price raily for a given day, wherein the crypto gains 10 percent value over the course of an hour or two. At this point, you’d see countless traders trading out of their altcoin positions into bitcoins. This causes altcoin prices to acutely depress while it lends continued upward pressure on the bitcoin price.

This is FOMO; the wild and emotional burst of investment excitement that goes into wanting to capitalize on a particular cryptocoins impressive price performance. And prepare to see a helluva a lot more FOMOing as mainstream, institutional, and retail interest in the cryptocurrency space continues to explode like never before.

Be careful of FOMO though, you could end up a …

Bagholders are often people who purchase a currency at an all time high or during a bull run, they become the bagholder once the price lowers leaving them stuck in a position where if they were to sell they would make a loss. The correct decision most of the time is to keep holding until the price goes back up where you can sell your “bags”.

“Bears” and “bulls” come from traditional stock concepts of bear and bull markets. So crypto bears have an acutely pessimistic outlook for prices, whereas a crypto bull has optimism for prices.

Now, the phrases have become milder still, usable in referencing a person’s bias. For instance, you could call an investor “overly bullish” if they’re dogmatically into a project while ignoring that project’s red flags.

And then there are “whales,” which are simply crypto investors that have massive crypto holdings. As in thousands, hundreds of thousands, or millions of coins. There is often a lot of talk and speculation about whales manipulating the market for their own gains. This includes things like putting up buy walls at certain prices to prevent people selling above that price. And selling a large volume of a currency in a short space of time to crash the price, triggering people’s stop-losses which compounds the problem and cause further downward action, at which point the whales buy back in cheaper.

You could call Bitcoin creator Satoshi Nakamoto a whale because he reportedly has (or had) ownership over a BTC wallet that had over one million bitcoins.

And while you don’t have to have a million bitcoins to be a whale, you certainly are if you do.