As covered by Blockonomi all throughout this week, Bitcoin, Ethereum, and the rest of the cryptocurrency market have not fared well over the past few days; the prices of digital assets have lost nearly 50% across the board.

Unsurprisingly, this has been a stress-test for the ecosystem of decentralized finance (DeFi), for this has been one of the crypto market’s worst days ever.

Unfortunately, it seems that DeFi or at least some facets of the ecosystem have failed the test, crumbling under the pressure of the price of ETH falling by 50% in one day to only bounce back 40%, all in a day’s time.

While effectively all eyes were on Bitcoin yesterday due to the rapid price swings, it eventually became known on Twitter that DeFi, due to the market volatility, had come under intense pressure.

MakerDAO, an Ethereum-based protocol that forms the DAI stablecoin and allows users to obtain loans in the stablecoin by collateralizing ETH and other tokens in a decentralized manner, mused a shutdown as millions of dollars worth of loans were liquidated.

What purportedly happened was due to the large retracement in the price of the collateralizing assets, some loans, known as Collateralized Debt Positions (CDPs), were forced into liquidation to protect the system.

The issue, according to Ethereum entrepreneur Marc Zeller, was that there was a glitch with the price-grabbing system Maker users, whereas the price given by the oracle was not in line with the market price of ETH.

According to further analysis by Arcane Assets CIO Eric Wall, a user managed to leverage this discrepancy to withdraw a large amount of cryptocurrency from the ecosystem without paying their dues, meaning that there was some sum of DAI that was not entirely collateralized.

The situation is rapidly changing, but MakerDAO is purportedly planning to auction some of its native token, MKR, while also holding a community call and forum to figure out what the next steps are for the platform.

It isn’t clear how many DeFi protocols were affected.

We Need Circuit Breakers, Some Say

Many, of course, have been worried about the future of DeFi after what seemed to be the worst day in crypto history; Tushar Jain, a Managing Partner of Multicoin Capital, wrote in response to a comment from ShapeShift CEO Erik Voorhees that he is “worried that DeFi cannot be sustainable if the whole ecosystem could get liquidated in less than 24 hours. That was a real risk today.”

I am worried that DeFi cannot be sustainable if the whole ecosystem could get liquidated in less than 24 hours. That was a real risk today.

He explained in his own thread on the situation that this proves how DeFi’s addressable market is much smaller than it is in reality, for the whole market collapsing in one day shows how crypto isn’t ready for adoption.

From DeFi to DeFault

Whatever the case, this is one of many DeFi scandals that have taken place in the past few months. As reported by Blockonomi previously, Ethereum users managed to make nearly $1 million in aggregate by leveraging a certain flawed feature in DeFi protocol bZx.

It still isn’t clear if these situations are growing pains or a sign of entrenched issues in putting financial applications into a decentralized system. 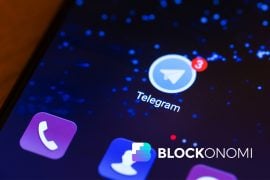 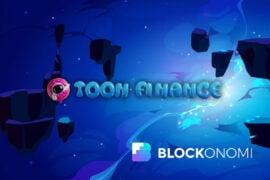 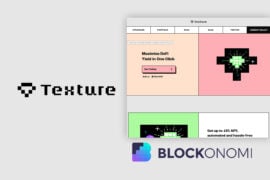