The interest in the play-to-earn (P2E) gaming landscape is accelerating rapidly, with dozens of new games entering the market regularly. Among the many well-known NFT gaming platforms, Singapore-based blockchain and multimedia entertainment firm Digital Entertainment Asset Pte. Ltd (DEA) has carved a name for itself through its PlayMining economic zone.

PlayMining is a fast-growing blockchain-based NFT DeFi platform specifically designed to eliminate the lingering problems of secondary market transactions for both developers and users. The PlayMining ecosystem currently features four P2E games, three of which are overseen by the DEA team and one by the third-party game development company Burger Studio Inc.

According to the official announcement, Menya Dragon Ramen will be launched and added to the PlayMining Economic zone in July 2022. In addition, the DEA team will host a presale event in late May on its PlayMining NFT marketplace for “Employee NFTs,” which will be essential to the ecosystem of Menya Dragon Ramen.

Explaining the game mechanics of Menya Ramen Dragon, Takaaki Ikeda, the Director of Fly Penguin, notes, “We are currently developing this game to create a peculiar world of “Making ramen from the monsters you defeated.” We also plan to add features that let players customize their shops, manage business plans to increase the sales of Ramen, and many more so that players’ ingenuity will be reflected in the game. We hope you will have fun playing our game!”

The tokenomics of this upcoming P2E game is linked with DEA’s platform-native token DEAPCoin ($DEP). For every bowl of ramen cooked, players will receive rewards in the form of $DEP, which can be applied to multiple activities, including purchasing NFTs on the PlayMining NFT Marketplace, paying transaction fees, and accessing DEA’s wide range of DeFi offerings. The $DEP token was first unveiled in January and subsequently listed on the Taiwan-based ACE Exchange in March. Following this initial effort, the $DEP token was listed on India’s Bitbns exchange and Cayman Islands-based BitMart exchange. 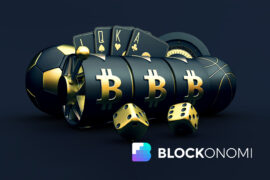