Facebook Unveils Its Libra Cryptocurrency: Everything You Need to Know

Today, the cryptoeconomy greeted its most hyped — and in some circles, its most controversial — addition yet in Libra, a “simple global currency” spearheaded by Facebook and now backed by some of the biggest enterprises in the world.

Unveiled on earlier today (18/6/10), Libra’s formal announcement coincided with the release of an associated website and whitepaper. The project’s landing page explained the coin’s explicit purpose: addressing both banked and unbanked populations by making it so “moving money around the world [is] as easy and cheap as sending a text message.” 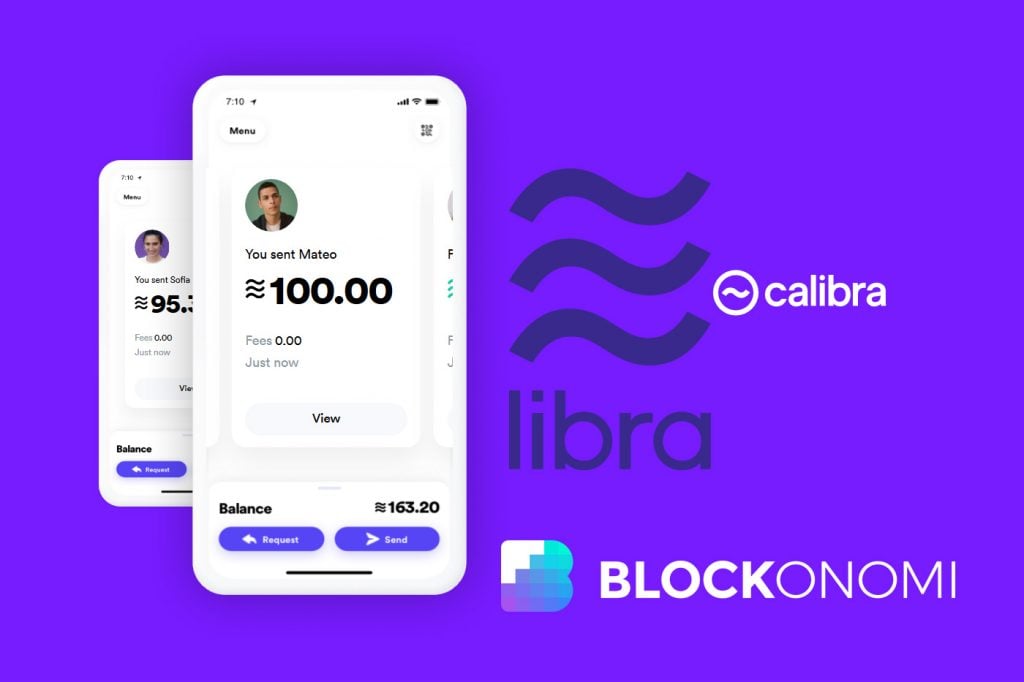 So Facebook and the other members of the Libra Association have thrown the gauntlet down, challenging banks, card companies, and other cryptocurrencies alike to compete with them in the arena of money.

Libra is the currency, with the name also being used as the project’s unit of account (one Libra, two Libras, three Libras, etc.). The asset will be underpinned by a basket of foreign currencies, and interest accrued from these reserves will be paid out to holders of a separate but related investment token.

Libra Blockchain is the open-source blockchain used to create the digital currency. The whitepaper says the distributed ledger was built from scratch “to prioritize scalability, security, efficiency in storage and throughput, and future adaptability.”

Previously, it had been a standing question as to whether Facebook was building Libra (tentatively dubbed GlobalCoin by company leadership) with a forked version of, say, Stellar or Ethereum, or with an entirely new system they would develop in-house. It’s now clear they went the latter route.

Enter Libra Core, an “open-source prototype implementation” of the Libra protocol proposal. Its consensus relies not on miners but on validators, as the whitepaper explains:

“The Libra protocol allows a set of replicas — referred to as validators — from different authorities to jointly maintain a database of programmable resources. These resources are owned by different user accounts authenticated by public key cryptography and adhere to custom rules specified by the developers of these resources. Validators process transactions and interact with each other to reach consensus on the state of the database. Transactions are based on predefined and, in future versions, user-defined smart contracts in a new programming language called Move.”

So more advanced smart contract possibilities are on the horizon for the project, too, but no timeline has been offered for that advancement so early on.

Move, the Language of Libra

Like Solidity for Ethereum, the Libra Blockchain has its own specialized programming language, Move. Its creators describe it as capable of offering developers unique “safety guarantees.”

As the whitepaper explains:

“We present Move, a safe and flexible programming language for the Libra Blockchain. Move is an executable bytecode language used to implement custom transactions and smart contracts […] The safety and expressivity of Move have enabled us to implement significant parts of the Libra protocol in Move, including Libra coin, transaction processing, and validator management.”

And Move isn’t the only thing new about Libra. The project’s consensus mechanism is also a novel deployment of the HotStuff protocol that was first published in March 2018. 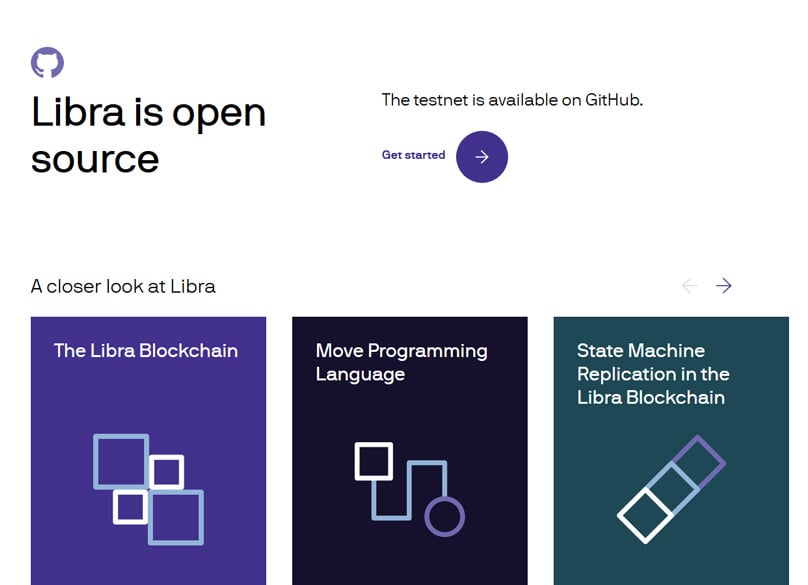 LibraBFT Bringing the Heat Through HotStuff

The project’s whitepaper outlines how Libra Blockchain relies on LibraBFT, a new Byzantine fault tolerance consenus model that is notable for being simultaneously compatible (via HotStuff’s design) with other consensus methods, e.g. proof of stake in Casper.

The designers argue LibraBFT is ideal for “internet settings” and tough to attack:

“This report presents LibraBFT, a robust and efficient state machine replication system designed for the Libra Blockchain. LibraBFT is based on HotStuff, a recent protocol that stands on the pillars of several decades of scientific advances in Byzantine fault tolerance (BFT) and embodies the properties needed to scale BFT consensus for internet settings and resist strongly adversarial attacks.”

The original HotStuff paper relied on a deployment of more than 100 validators. Per the Libra project’s “Life of a Transaction” page, its blockchain has been conceived with the assumption that it will run “a total of 100 validators.”

And, while Facebook wasn’t able to lock down 100 partners by June 18th, many of those it did win over are high-profile companies that will join the Libra Association to govern and develop Libra and enjoy any upside the cryptocurrency brings.

Who’s in the Libra Association For Now?

Headquartered in Geneva, the Libra Association is the non-profit organization that will help to guide the unfurling of the wide Libra ecosystem. Facebook had notably registered a subsidiary firm called Libra Networks in the same city last month — an indication its own membership in the group will be managed through that firm.

As the association’s landing page puts it, the body will be responsible for growing Libra and collaborating with legislators:

“The Libra Association works to evolve and scale the network and reserve and leads a social impact grant-making program that supports financial inclusion efforts worldwide. The association collaborates with the global community and partners with policymakers to help further the Libra mission.”

Another participant is Calibra, a new Facebook subsidiary that is creating a wallet and more for the Libra ecosystem.

All of the association’s members will be responsible for operating one of the Libra Blockchain’s 100 validator nodes. That leaves the group in need of bringing in just over 70 more partners.

Who the association likely won’t be bringing in, at least for now, are banks. A glaring absence among the group’s first 29 members were any representative enterprises from the banking industry, whose stakeholders may already see Libra as a new and rising threat. 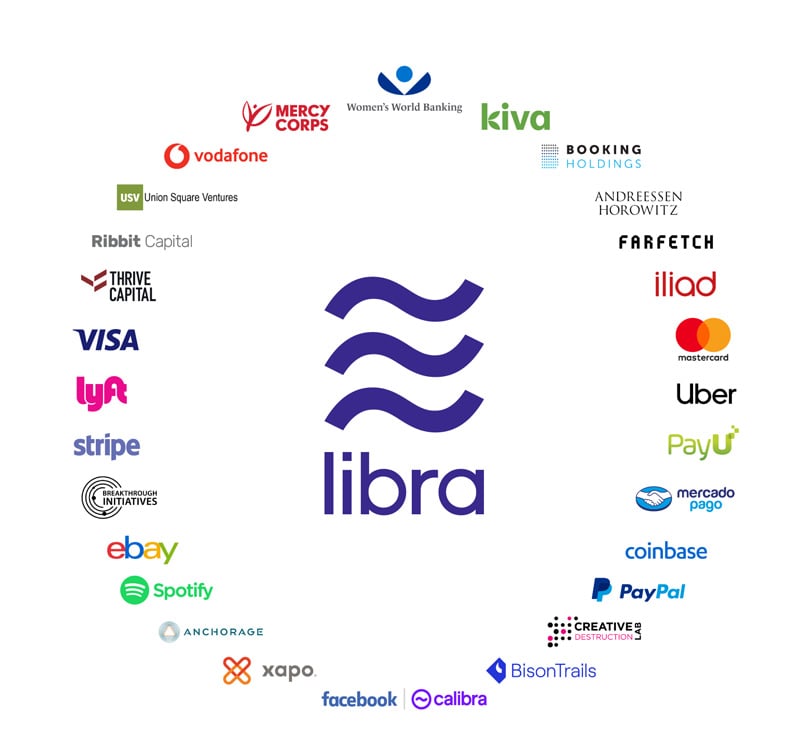 Libra a Shot Across the Bow for Banks?

Will the coin compete or not compete with the banks, that is the question.

For his part, scholar and author of the popular Mastering Bitcoin and Mastering Ethereum books Andreas Antonopoulos said on Libra’s unveiling that the coin competes “against both retail banks and central banks” but wouldn’t pose an existential challenge to public blockchains, e.g. Bitcoin and Ethereum.

The cryptocurrency lecturer perhaps has the same sense of the Libra project as banking institutions do, as firms like JP Morgan and Goldman Sachs reportedly declined to participate in the Libra Association (though JP Morgan is also working on its own stablecoin, JPM Coin, so there’s that).

While Facebook's Libra doesn't compete against any open, public, permissionless, borderless, neutral, censorship-resistant blockchains, it *will* compete against both retail banks and central banks. This is going to be fun to watch.

The lack of banks around the project explains why Visa and Mastercard seem to be front and center in the Libra Association. If Libra really is a step in the direction of cutting out intermediaries like banks, the payments industry powerhouses will want their slice of the revolution.

And apparently it’s not just banks that are getting uncomfortable.

On Tuesday, Bloomberg reported that French Finance Minister Bruno Le Maire was already blasting the idea of Facebook participating in the issuance of its own currency. “It can’t and it must not happen,” the minister said during a radio interview.

Le Maire accordingly called on the leaders of the Group of Seven (G7) central banks to produce a report on the Libra that can be presented at the body’s scheduled meeting next month.