On May 9th, the Financial Crimes Enforcement Network (FinCEN) — the watchdog arm of the U.S. Treasury tasked with stopping financial crimes like terrorist financing and money laundering — issued a new guidance document outlining how the bureau intends to approach American businesses dealing with “convertible virtual currencies,” or CVCs. 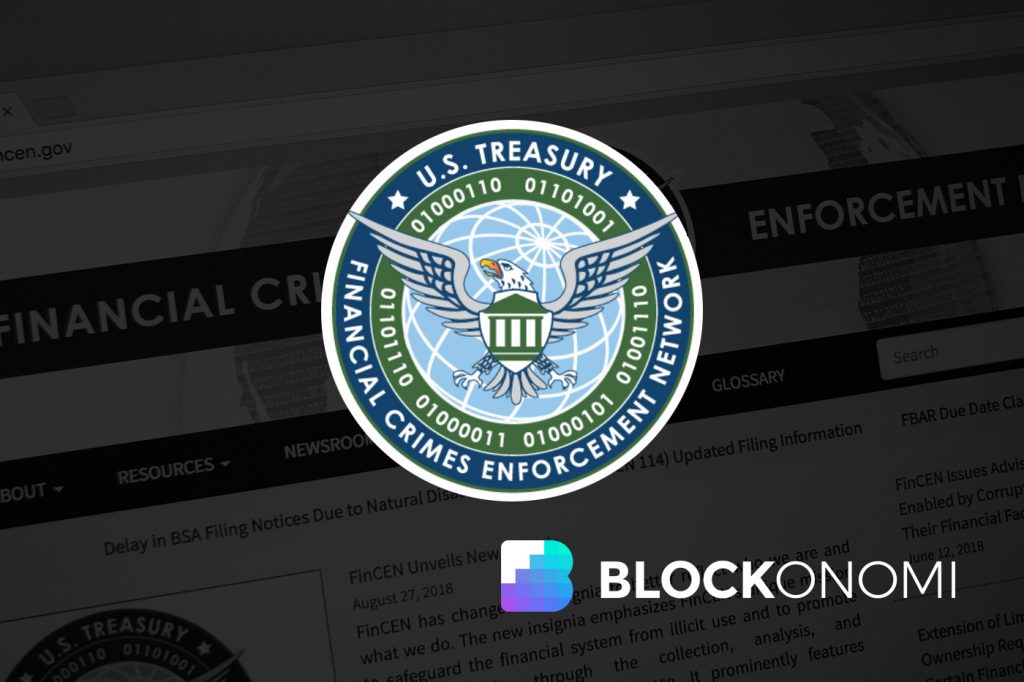 In a related Twitter thread analyzing the document, Blockchain chief legal officer and president Marco Santori argued the guidance was good news for “non-custodial wallets,” as FinCEN found they didn’t qualify as money transmitters — a regulatory threshold that requires pronounced legal responsibilities on the part of such transmitters.

1/ 🚨🚨🚨 Today, the US Treasury published MASSIVE new guidance on crypto regulation. It has *major* implications for wallets, exchanges, ICO issuers, dApps, DEXes… OH MY 🚨🚨🚨 (um I'm gonna tweet about it)

Cornell professor and crypto researcher Emin Gün Sirer‏ highlighted in a separate thread that the FinCEN guidance exempted developers of decentralized applications (dapps) and decentralized exchanges (DEXes) from qualifying as money service businesses (MSBs) unless the developers helped to directly operate a given platform or service.

They exempt developers of DEXs and Dapps, insofar as they remain only developers. But they have an "operator" classification that does qualify a DEX operator as an MSB. If you're on the money transfer path and benefiting directly from the value exchange at the DEX, you're an MSB.

However, Sirer thought the guidance looked much tougher for operators of nodes on the Lightning Network, the proposed second-layer scaling solution for Bitcoin (BTC). The academic argued that those running Lightning nodes might be MSBs in the eyes of FinCEN going forward.

However, for now the topic remains an open question, which Coin Center executive director Jerry Brito pointed out in a later comment regarding the guidance’s implications on Lightning.

Of course, it’s important to keep in mind that the new FinCEN crypto guidance is non-binding and only represents the watchdog’s current view of the relevant laws.

By and large, cryptoverse proponents welcomed the document as not being overbearing, but it also didn’t do much to seriously clarify crypto’s conflicting regulatory scene in America where the IRS sees digital assets as property, the SEC sees them as securities, the CFTC sees commodities, and FinCEN tends to see money.

BREAKING: Another regulator issues non-binding guidance that you can't rely on and that summarizes existing law. 1/423

In other big U.S. crypto regulatory news from May 9th, the Financial Services Committee of the U.S. House of Representatives launched the new Task Force on Financial Technology — a congressional task force that’s been tapped to explore crypto and blockchain use cases within its wider tech purview.

One of the group’s inaugural members, New Jersey Rep. Josh Gottheimer, hailed the initiative’s launch as moving toward a friendlier environment for tech innovation in the America:

“As blockchain, new lending options, and other financial technologies continue to emerge, it is clear that there must be a framework in place that not only provides a much clearer path forward for innovation, but also establishes the United States as a leading force in this space. That’s why I’m looking forward to working with my Financial Services Committee colleagues on the new FinTech Task Force.”

Rep. Gottheimer is also joined in the task force by Rep. Tom Emmer and Rep. Warren Davidson, both of whom have recently tried to advance bills in the House that would make America’s regulatory environment considerably more pro-crypto.

One Representative Calls for Banning Crypto in the U.S.

May 9th also saw another U.S. congressman, Rep. Brad Sherman, call for support of a bill that would ban cryptocurrencies in America.

Today in Congress Rep. Sherman called for a bill to ban all cryptocurrencies.

This is why Coin Center is needed in DC now more than ever. pic.twitter.com/jgikm7z8bI

To that end, during congressional proceedings Rep. Sherman declared:

“I look for colleagues to join me in introducing a bill to outlaw cryptocurrency purchases by Americans so we nip this in the bud, in part because an awful lot of [the USA’s] international power comes from the fact the dollar’s the standard unit in international finance and transactions, and it is the announced purpose of the supporters of cryptocurrency to take that power away from us.”

Whether such a call to action gains any traction in the U.S. will be a major thread to keep an eye on in the months ahead.