Haven is a fork of privacy coin Monero that bills itself as untraceable. It offers fiat value storage by a system of minting and burning coins via smart contracts. Users will ideally be able to send their funds to offshore storage contracts while retaining a portion of the blockchain’s funds live to remain responsive to the market. 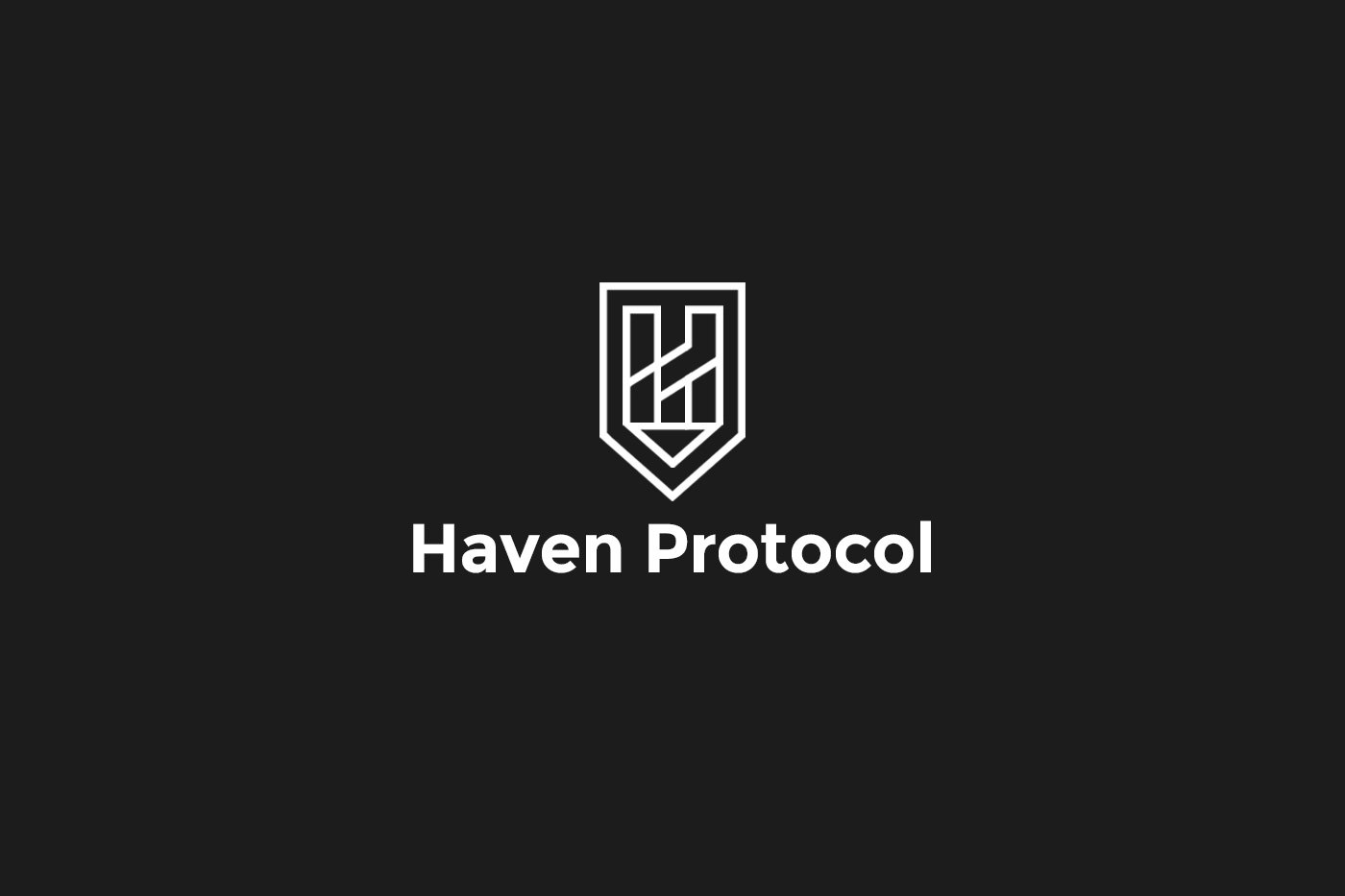 “With Haven, the built in native smart contract allows value storage in terms of fiat currency without having to convert out of Haven,” the developers wrote in their white paper. “Colloquially, this is akin to having a Swiss bank account in your back pocket.”

Haven’s unique minting and burning system serves to reinforce the original Monero protocol’s security and privacy aspects. Haven is sent from a user’s wallet to a smart contract that retains the Haven’s fiat value at the time of the transaction. The balance remains on the blockchain entirely; it is untraceable, and it cannot be tied back to a specific user.

The issue of fluctuating prices is then nullified with the mint-and-burn approach. The fiat value of a given user’s transaction is recorded and then an equivalent amount of Haven is burned, reducing the total supply of the coin. If the fiat value moves by the time the user wishes to withdraw his or her funds from the “offshore” storage account, the fiat value is matched with a new amount of freshly minted Haven coins. This guarantees a return of the fiat value without destabilizing the price of Haven itself, all while keeping the fiat value amount divorced from the owner.

How Does Haven Remain Stable?

Haven cannot be accessed with the traditional metric of total supply, as manipulating that figure is the key to maintaining Haven’s integrity and fighting inflation.

The quantity theory of money describes the process as MV = PT. M stands for the money supply, V is the velocity of that money, P is the average price level and T is the transaction volume.

As traditionally solved, this equation demonstrates that the average price level or inflation rises as the money supply rises, all other factors being equal. Haven, however, introduces M as an unknown quantity. 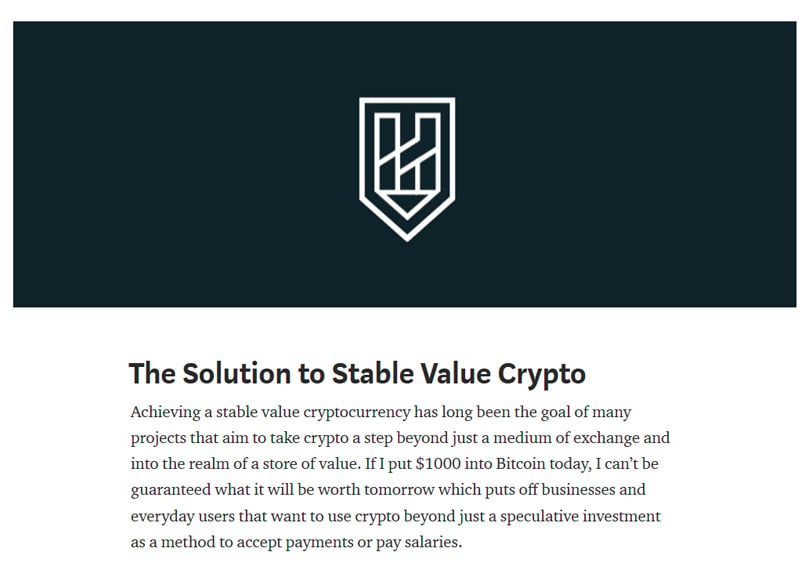 “Although there are 18.4 million coins (before tail emission) that will be mined, the ’mint and burn’ lets the money supply fluctuate freely,” according to the developers. “Velocity of money is also cryptographically unfeasible to determine as the Haven blockchain does not reveal the amount of Haven transferred nor the wallet addresses they are transferred to. For this reason, the currency is unable to be valued based on total supply.”

Why Use Offshore Storage?

Haven cites the need to store large amounts of fiat currency outside of the banking system as a key use case for offshore storage.

“Privacy focused cryptos are perfect for this but without a reliable way to maintain value through fluctuations the process of holding could be costly,” the developers wrote. “Sending Haven offshore quite literally, makes money disappear until you want it back at which point the value remains intact.”

Haven is also usable for point-of-sales locations that wish to keep the fiat value of an item from fluctuating.

In short, Haven is useful for keeping fiat funds stable and secret.

“Haven is a fork of Monero, so it inherits the stealth and anonymity that it’s famous for,” the developers wrote. “Haven also has the benefit of starting the blockchain from scratch with RingCT for extra privacy. Further, Haven’s offshore storage smart contract allows privacy conscious individuals that want to keep their money in an untraceable currency without being subject to market fluctuations a means to do so.”

Haven benefits from the cryptographic mechanism known as ring signatures, detailed originally by CryptoNote and adopted by Monero. In a traditional coin, like Bitcoin, the user signs his or her data with a cryptographic hash. Monero’s team compares the Bitcoin method to a signature on a personal check. The hash and the user, then, can be implied. Ring signatures introduce the possibility that one of several users actually signed off on and verified the data.

Offshore smart contracts will be offered once the Haven network is robust enough to stand on its own two feet.

“The current focus is on growth, stability, privacy, and usability for everyday transactions with an easy to use mobile wallet app that anyone can use without prior knowledge of crypto,” the developers said.

Who Is the Team Behind Haven?

Perhaps in keeping with the coin’s untraceable nature, neither the Haven website nor the white paper is signed or gives any particular team details. Haven does operate the Twitter handle @HavenProtocol. Two additional Twitter users – @haven_dev and @donjor – have given interviews in the media as Haven Protocol developers.

It should be noted, that Haven was the subject of an unsuccessful attempt at a “Pump and Dump” scheme which was being coordinated by members of a private group. The group was outed publicly and the scheme never came to pass. Even though it didn’t happen, it’s something to keep an eye on should you decide to purchase any XHV.

Haven plans to introduce iOS and Android mobile wallets in the second quarter of 2018, focusing on ease of use for clients unfamiliar with cryptocurrency. I2P integration will begin in the third quarter to prevent IP addresses from being associated with individual transactions. By the end of the year, Haven hopes to have its offshore storage smart contracts available and executable in the market. 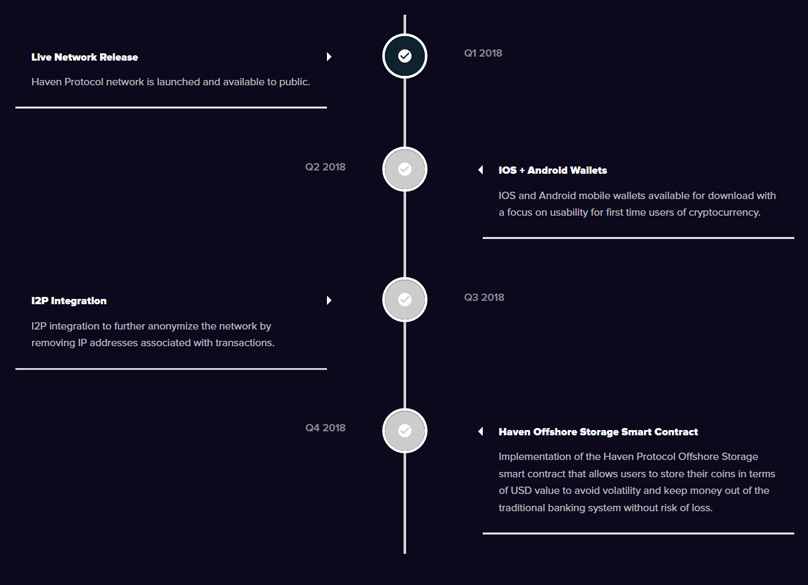 Where Can I Get Haven?

Haven is currently traded on TradeOgre, Nanex, and Palitanx. Mining is also an option, with several established pools listed on the Haven home page.

You can visit the Haven Protocol website here or read the white paper here. Haven also recommends select Monero protocol readings in its white paper for a better understanding of the roots of Haven. 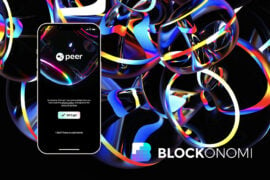 Peer Inc: The Blockchain & Platform Dedicated to Building the Metaverse 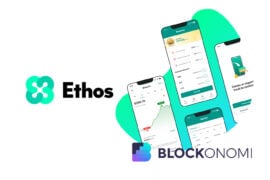