Cryptocurrency investors like to point out the wild differences between their chosen market and traditional securities markets. The volatility is without equal, the volumes are unsure, and it’s possible for newcomers to the space to outperform tried-and-true bets within a matter of days. There’s even the ongoing question as to whether cryptocurrencies really represent securities or whether they operate in sort of a legal and technological gray space. 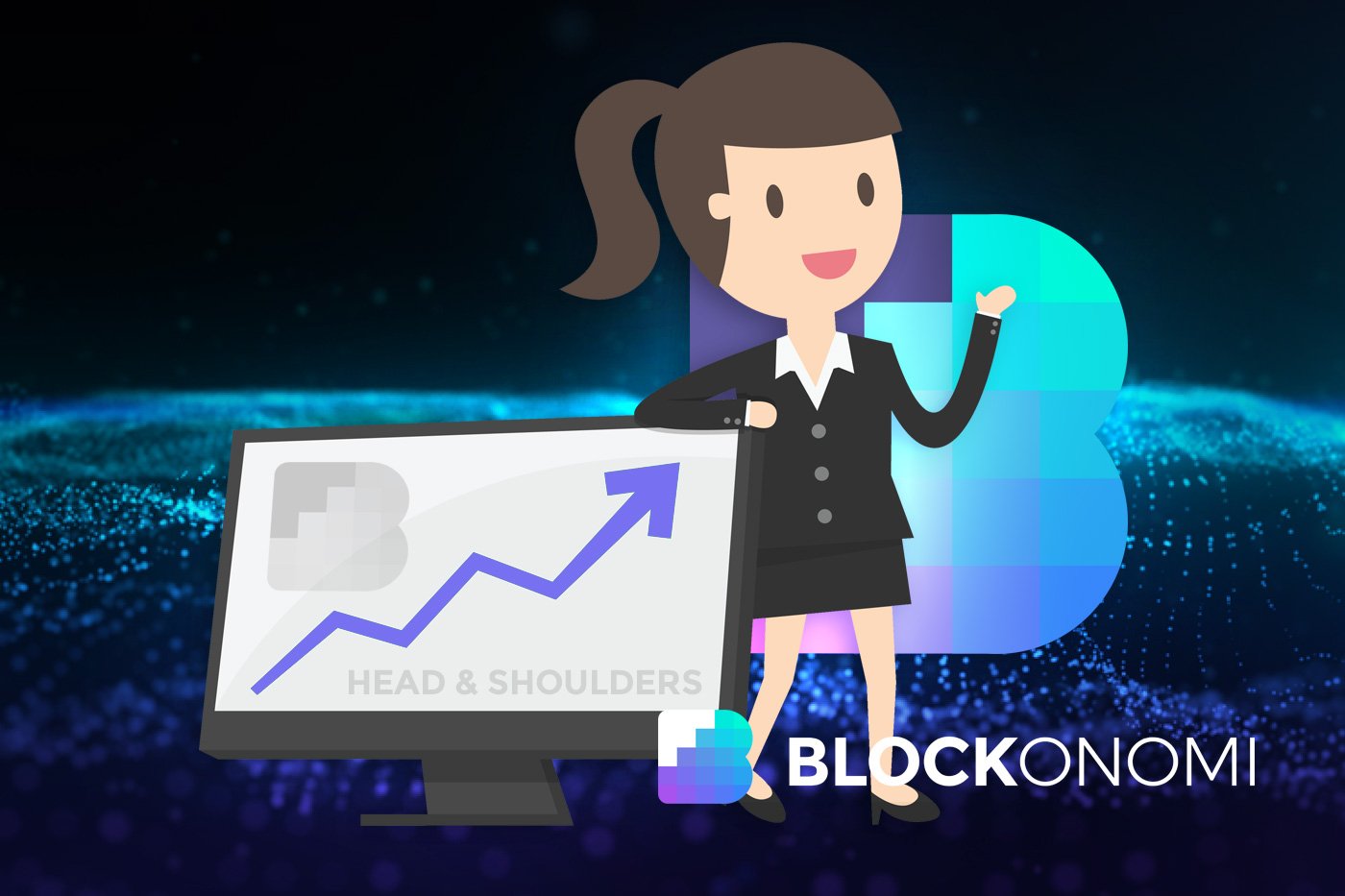 For that reason, it’s not hard to find cryptocurrency investors who deny the value of traditional technical analysis. Technical analysis is nothing more than anticipating future price trends based on past data, primarily price and volume. In a market where quadruple-digit gains can seemingly come out of nowhere due to advancements in the technical space or even adoption, technical analysis appears to have its limits.

It would be a mistake, however, to discount it entirely. A market is a market, after all, and the traditional patterns associated with technical analysis can offer key insights into the cryptocurrency market’s behavior. In most cases, the more obvious or pronounced the technical analysis marker is, the more valuable it will prove to be in predicting any given cryptocurrency’s behavior.

The basic shape of a head and shoulders trading pattern is – as its name implies – two small peaks separated by small troughs and crowned in the middle with a single large spike. These peaks correspond to the left shoulder, right shoulder, and head, respectively. The baseline where all three graph patterns appear to meet is called the neckline, and it is this neckline that will ultimately become the thing to watch.

Head and shoulders patterns of both types do not have to be symmetrical. That is, the left or right shoulders can differ in height, and the neckline might be slightly jagged or slanted. The head, however, is always larger than either shoulder. This is the pattern’s defining characteristic.

When the market begins to create a standard head and shoulders pattern, the left shoulder is created by a spike in pricing accompanied by heavy trading volume. This price increase is short-lived, however, and a period of consolidation begins. Consolidation generally means that the market is trying to sort out the value of the security in question, and its ultimate direction is unclear and moves sideways.

When the head’s high is reached, this sparks a flurry of selling. Volume spikes, and prices concurrently sink to close to their original level. The new lackluster volumes that the security experiences after the sell-off briefly bring prices back up before they ultimately settle out, creating the right shoulder.

If a line is drawn between the lows created by the left and right shoulders, this line becomes the pattern’s neckline. When the neckline is broken following the creation of the third shoulder, the pattern is confirmed.

Because we can now see a confirmed standard head and shoulders patterns, we can be reasonably sure that the bears won the day and prices will decline.

There’s a simple calculation that can be done to anticipate this decrease.

The pattern’s initial breakout is measured by calculating the difference between the top of the head and the neckline. To make it simple, we’ll use round numbers. Say our crypto established a neckline of $50, and the top of the head reached a whopping $70, leaving us a breakout of $20. Now, we have to subtract the breakout’s value from the neckline to reach the target price. Subtracting $20 from $50 leaves us $30, and this is the target low price that the security can be expected to reach shortly after the neckline is broken.

An inverse head and shoulders pattern works much the same way. It is a flip-mirror image of the standard pattern – that is, the shoulders and head are defined by troughs instead of peaks – and it is generally considered a bullish indicator, so you can expect prices to rise following confirmation of this pattern.

Once a neckline appears, security or cryptocurrency investors adopt a long position, pushing the price up briefly before creating the left shoulder in the initial trough. Resistance at this trough is overcome and the price rises again, only to fall more sharply than before, creating the head.

After the head is created, a large volume spike will likely be evident, just as it was in the standard head and shoulders pattern. This indicates a pricing push upward, tempered by the trough that becomes the right shoulder.

When this inverse head and shoulders pattern is confirmed by the establishment of the neckline, its inverse nature signals a reversal of the previous bearish downtrend. In short, prices can be expected to rise. 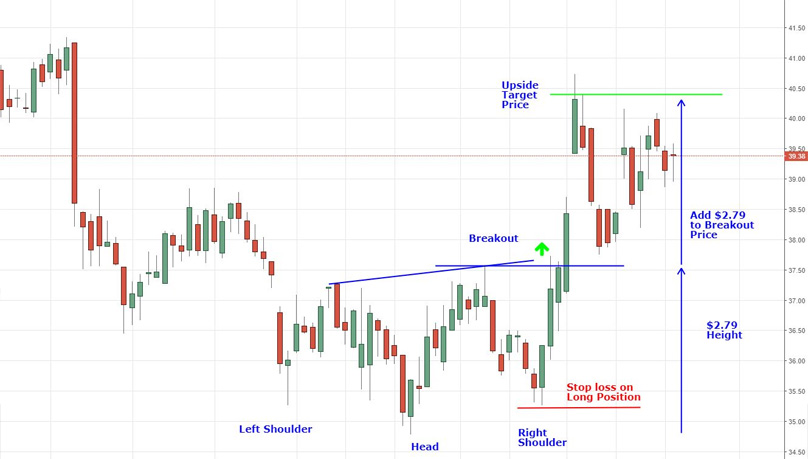 There are several different ways to approach trading around an inverse head and shoulders pattern. The conservative school recommends waiting for the pattern to be definitively established. Once it is, an investor is advised to enter the market on the first close above the established neckline or place a limit order at or below the broken neckline.

The profit target is calculated in a similar fashion to the way it was calculated in the standard pattern. The breakout, or the difference between the bottom of the head and the neckline, is found. This breakout is then added to the neckline to get a rough estimate of where prices can be expected to rise in the trading days following the broken neckline. A trader might wish to set a stop loss order below the breakout price bar, or a stop loss can be placed just below the right shoulder of the pattern.

The Writing on the Wall

Technical analysis has its limits in the cryptocurrency space, but the patterns created by traditional technical analysis hold mostly true. While cryptocurrency has its fair share of unique twists and unexpected curveballs, investors are ultimately dealing with market dynamics that follow mathematical rules. Identifying the patterns that these rules create in price and volume graphs can take some of the guesswork out of cryptocurrency investing, and it can point the investor toward safer bets in the future. The main takeaway once a standard or inverse head and shoulders pattern is confirmed is that prices are likely to change dramatically in the near term. The shape and direction of the head and shoulders pattern is the biggest cue here. Prices will fall roughly in line with the breakout in the standard pattern, and prices will rise in the same fashion as signaled by the inverse pattern. 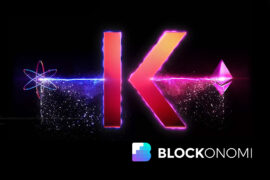 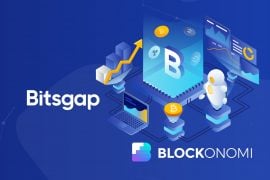