The Metaverse is a $1 Trillion Opportunity After Users Increase 10X

According to a recent Grayscale report, the number of active Metaverse users has increased by almost 50k since the beginning of 2020.

Grayscale’s report, The Metaverse, Web 3.0 Virtual Cloud Economies, was released in November 2021, with the main focus being on the metaverse itself and its future potential.

Looking back at the evolution of digitalization, from Web 1.0 to Web 2.0 to Web 3.0, Metaverse is expected to be the next frontier of the Internet, the next big thing in crypto after the NFT hype.

Many major technology companies, including Apple, Facebook, and Microsoft, have plans to develop products to support the metaverse trend.

Experts believe that businesses have recognized a new range of potential from the virtual universe, ranging from selling hardware and software to support access to the metaverse to virtual goods, services, and advertising in the virtual world.

Microsoft said it would release a set of tools to support its virtual universe ambitions in the near future, but no price was given. The Teams app, for example, is expected to include the use of custom digital avatars next year.

In addition, the company sells Oculus glasses for $299 and is working on a variety of other AR and VR devices. Meanwhile, game developers such as Roblox and Epic Games began experimenting with virtual concerts and free-to-play RPG forms, as well as selling virtual items on their platforms.

Smaller businesses are also preparing for the metaverse. Accenture PLC announced in October that it had purchased 60,000 Oculus glasses to train new employees. In terms of fashion brands, Nike previously filed a copyright application for the sale of its product as a digital version.

The report’s authors, Grayscale Head of Research David Grider and research analyst Matt Maximo, explain that the rise in active Metaverse users is due to the emergence of DeFi services, NFTs, and, most importantly, Play-to-Earn games.

“Compared to other Web 3.0 and Web 2.0 segments, Metaverse virtual world users are still in their early innings, but if current growth rates remain on their current trajectory, this emerging segment has the potential to become mainstream in the coming years.”

Businesses and firms that are actively engaged in the Metaverse have pushed forward innovations and fueled mainstream adoption. People may be unconcerned about cryptocurrency or blockchain, but they recognize the arrival of Metaverse.

Take, for example, China. Over the last few months, China’s strict policy toward crypto-regulated businesses has been a hot topic.

However, in the case of Metaverse, the government is not opposed to it as long as everything is undertaken within the framework, according to Tencent, China’s leading technology company.

Many people have become interested in terms such as cryptocurrency or NFT over the years. Some people are actually pouring money into virtual interactive space and spending time there.

Entrepreneurs use blockchain to build financial systems, buy and sell virtual land, and create independent management systems that are not owned by anyone.

It’s still too early to say that all blockchain or crypto trends are linked to FOMO (Fear of Missing Out). Grayscale’s report is upbeat about Metaverse’s adoption, noting that it will be a $1 trillion opportunity once the user base has increased 10X.

Although Metaverse is a new term, everything that contributes to it is a part of our everyday lives. Many people want to know what the metaverse is made up of, but some of the elements that make it up are actually things we’ve seen before. 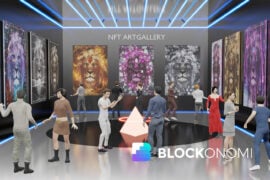 OVER TINUS Affiliate Program: A Chance for 3D Creators to Be Part of the Web 3.0 Revolution 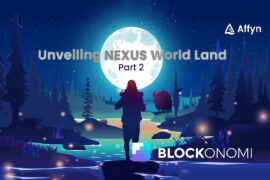 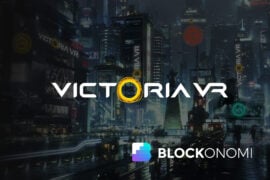