Crypto markets are back, and you know what that means: industry startups and projects joining hands with corporate giants.

Most recently, Litecoin (LTC) has been adopted by a major American sports club. Starting in the upcoming National Football League (NFL) 2019 season, the original Bitcoin fork will be the “official team cryptocurrency” of the Miami Dolphins. 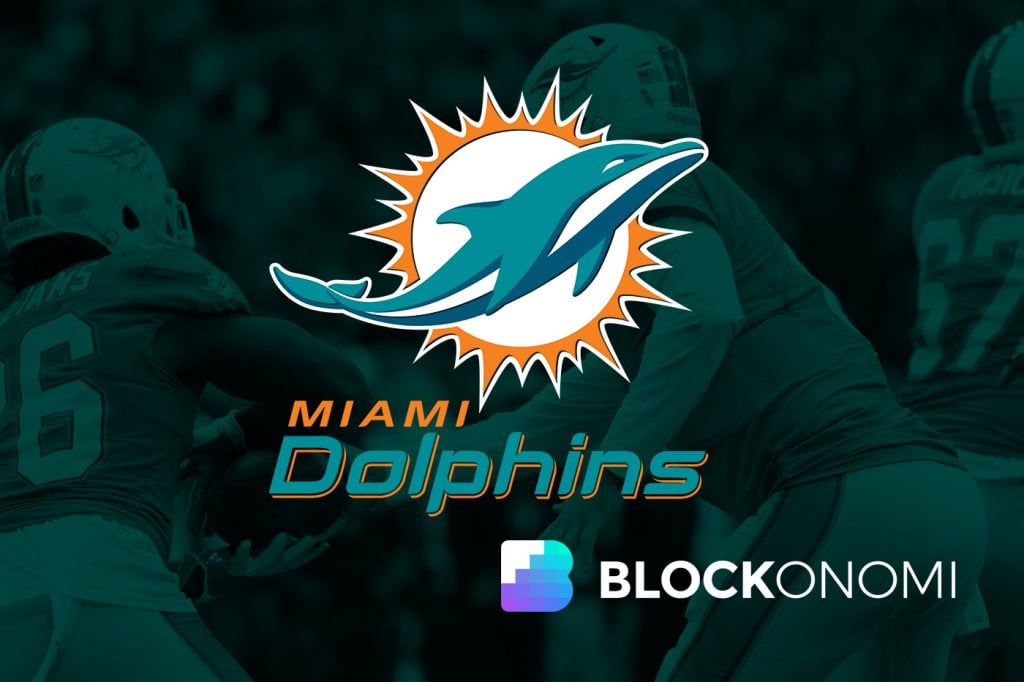 Litecoin & The Miami Dolphins: What a Duo

Announced Friday, Litecoin has teamed up with the Miami Dolphins for the upcoming season. This partnership will “give Litecoin the ability to tap into one of the NFL’s largest and most passionate fan bases” via branding and advertisements at the Dolphins’ home arena, the Hard Rock Stadium. The cryptocurrency may also be featured in “online properties and digital content”.

Litecoin’s blog post unveiling this unique partnership did not mention terms, or how exactly the cryptocurrency would be featured in advertisements or through the Dolphins’ online channels. What it did mention was that through payment processor Aliant Payments, attendees of Dolphins games will be able to purchase 50/50 raffle tickets with Bitcoin and Litecoin. On this subject matter, Charlie Lee, a Google and Coinbase engineer turned creator of Litecoin, expressed his excitement as follows:

“This collaboration propels Litecoin in front of an audience of millions of people around the world at a time where adoption of cryptocurrencies continues to gain momentum and the ecosystem is able to support real world use cases in ways previously not possible. We see this as a powerful way to raise awareness and educate people about Litecoin and cryptocurrencies on a tremendous scale.”

Indeed, the football team has nearly one million followers on Twitter, and the NFL is one of the most watched sports leagues in the world, sporting tens of millions of viewers at certain times for certain events.

This is not Litecoin’s first foray into the world of celebrities and sports. Close to the bottom of the cryptocurrency bear market, Ben Askren, a popular fighter in the UFC, started to spread the good word of Bitcoin and Litecoin. Askren, unfortunately, lost his most recent UFC fight in a record five seconds, but he’s continued to be a proponent of digital money, especially Litecoin and its creator, Lee. Speaking to me, Lee had the following to say about Askren’s proponency for cryptocurrency:

“He’s a huge proponent of cryptocurrency, and he also understands Litecoin very well. Ben understands the need for sound money. He also said he supports Litecoin, so members of our community actually donated to him over 100 LTC for his previous fight. And he was very thankful for that. And he wore a Litecoin t-shirt for a few of his interviews.

We also had the Litecoin logo on the UFC mat there, which brought us a lot of exposure and drew a lot of new people into this space. I think there’s an intersection between the cryptocurrency community and combat sports fans. It’s a unique opportunity for us to expand the adoption of Litecoin through that.”

Outside of Litecoin specifically, we’ve seen Russell Okung, the LA Chargers’ Offensive Tackle, start to become a huge Bitcoin proponent on Twitter. Okung, along with his peer Matt Barkley, tried to get their NFL contracts paid in BTC. Regardless, Okung has become a huge spokesperson for Bitcoin, interacting with industry leaders from Saifedean Ammous to Binance, and lauding the need for a store of value like Bitcoin.

And over in the world of soccer, Leo Messi was picked up by a crypto-friendly smartphone startup as a brand ambassador, implying that either the superstar likes this nascent asset class or he was offered a fair wad of cash.