Crypto adoption comes in all shapes and sizes. On Monday, it came in the form of a Redditor, going by “Thepowerx”, revealing that the Unicode Bitcoin symbol (₿), released in 2017, was added into Microsoft Excel. This is seemingly another pledge of commitment to the cryptocurrency space from the technology firm. Seen below, the Bitcoin symbol has purportedly become a part of Excel’s “Symbol” category. So now, you can presumably spreadsheet your BTC gains and losses — hopefully gains — using the number processor. As a commenter to the Reddit thread pointed out, this is one small step in boosting Bitcoin’s brand recognition and its place in modern society. As he/she wrote, “Everyone now finds internet or email normal, while 20 years ago most people would think you are crazy with your internet thingy.” 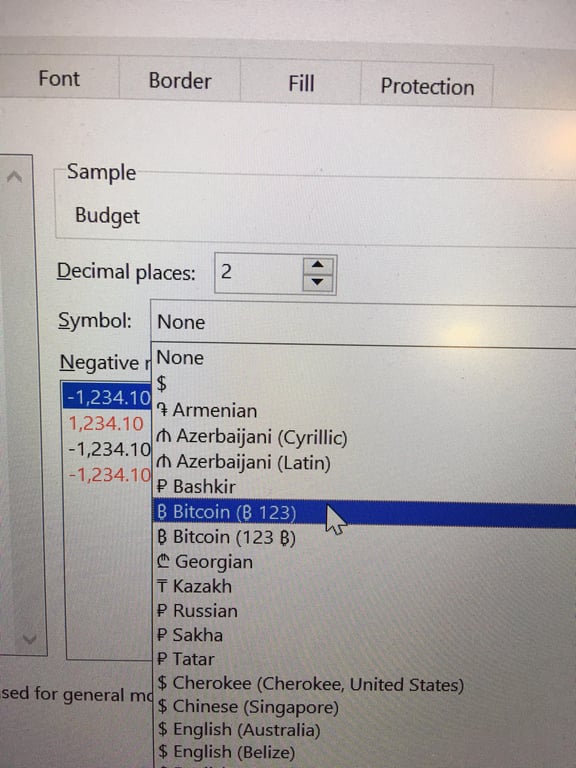 This is very similar to Google adding the same symbol to its iOS keyboard application earlier this year. Much like this current case, the technology giant in February was revealed to have added the iconic “B” to its keyboard. As noted by Decrypt, the symbol can be found by holding down the dollar symbol on the iOS iteration of Google Keyboard.

Honestly, this news doesn’t mean much for adoption per se. Yet, it accentuates that more technology firms are acknowledging Bitcoin as a viable asset, and potentially even as the digital currency of the future. Twitter’s Jack Dorsey sure is.

This is far from the first time Microsoft has shown love to Bitcoin. Earlier this month, the powerhouse revealed that it has been building a decentralized identity service (DID) on top of the Bitcoin blockchain. The project, dubbed ION, is aimed at giving common netizens a chance to take control of their online identities, and take information away from centralized parties. This idea may sound crazy, but many technologists think it has value. Speaking to me, Phil Chen of HTC Exodus explained:

“If there’s a sovereign identity that is you — things that you’ve created, attributes or characteristics that describe you —  that you don’t own, there’s something entirely wrong, especially because we are this far into the information age, and there’s no concept of digital property — what is yours, what is mine.”

The fact that it’s being built with the Bitcoin chain at the forefront makes this news even better. In a related string of news, Microsoft earlier this year joined hands with JP Morgan to integrate the bank’s Quorum blockchain, a centralized ledger system based on Ethereum, into the tech firm’s cloud computing platform, Azure. On the matter of Microsoft really delving deep into blockchain and related technologies, Mike Novogratz of Galaxy Digital recently told CNBC’s “Squawk Box”:

“Over the last few months, we’ve seen Microsoft saying that they want to build an identity system on the Bitcoin blockchain. They’re one of the ten biggest companies in the world saying we believe in crypto.”

Indeed, the fact that one of the world’s largest corporations, an innovative technology firm no less, should appease those wary of cryptocurrency’s future.

Tip Of The Iceberg

Microsoft’s involvement is just the tip of the iceberg, however. As Blockonomi has previously reported on, Microsoft is just one of the big names in technology to have plans in the cryptocurrency realm. Samsung, for instance, is reported to soon be integrating a cryptocurrency or blockchain solution into its Samsung Pay application and cheaper handhelds in its Galaxy roster. Reports also suggest that the South Korean conglomerate is also looking to launch “Samsung Coin”.

And on the Wall Street side of things, the industry has seen Fidelity Investments enter in the fray, accentuating that “smart money” is really keeping an eye on this space.