In a move that validated XRP bulls across the crypto community, Ripple announced Monday that it would be making one of its most notable partnerships today, joining hands with MoneyGram. Due to this ostensibly bullish piece of news, which comes amid an ongoing Bitcoin bull run, XRP has surged, outpacing its brethren in the upper echelons of the cryptocurrency market. 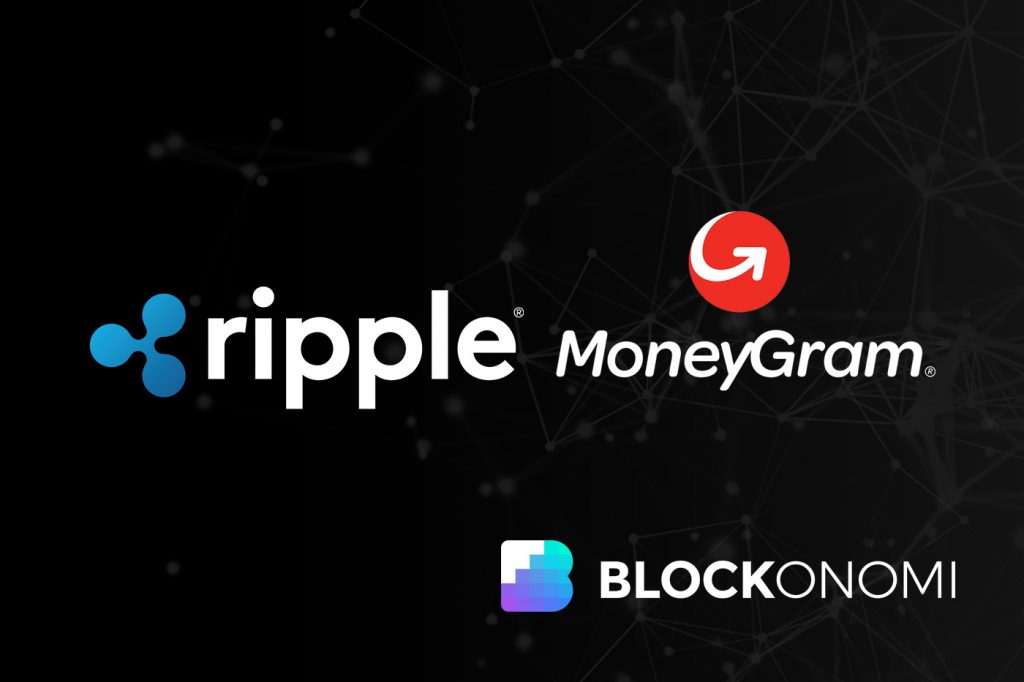 Announced Monday via a post to Ripple Insights, the San Francisco-headquartered fintech firm has entered a “strategic partnership” with MoneyGram, one of the world’s largest money transfer companies. This collaboration, currently slated to last for a minimum of two years (contracted), will see MoneyGram utilize Ripple Labs’ technologies and platforms for cross-border payments and foreign exchange settlement.

For the time being, Ripple expects for its newest finance partner to make use of xRapid, a “solution for on-demand liquidity”. For those unaware, xRapid, one of the firm’s flagship products, allows for the rapid transfer of value across the world and reduces friction in foreign exchange as a result of the XRP Ledger’s relatively fast transaction times and low fees. In MoneyGram’s case, this solution will be used to “reduce reliance on pre-funding by enabling money to be sent from one currency and instantly settled in the destination currency.”

In a comment issued via the announcement, MoneyGram chief executive Alex Holmes expressed his excitement:

“As the payments industry evolves and matures, it’s imperative that we continue to improve our platform and provide the most effective solution to get funds from point A to point B… Through Ripple’s xRapid product, we will have the ability to instantly settle funds from US dollars to destination currencies on a 24/7 basis, which has the potential to revolutionize our operations and dramatically streamline our global liquidity management.”

It isn’t clear how the rollout process will work for xRapid, but the money transfer business, with time, could theoretically activate the Ripple Labs product at its over 370,000 agent offices, which exist in over 200 countries and reach millions of individuals.

To further entice MoneyGram to agree to this deal, Ripple has agreed to invest up to $50 million in the company, resulting in the issuance of new shares. Ripple purchased over 5,000,000 shares at $4 a share, amounting to an initial investment of $30 million and an ownership share of 10%. This implies a valuation of $300 million, which is, according to The Block, down from the $1.2 billion proposed by China’s Ant Financial (Alibaba-affiliated) in 2017. MoneyGram retains the right to request for up to $20 million in extra investment from Ripple in the coming two years.

As a result of this partnership, which Ripple advocates argue is beneficial for both them and MoneyGram, both XRP and the stock of the money transfer firm have exploded. XRP is up 4.35%, beating Bitcoin’s sub-1% gain.

And MoneyGram’s public shares, which trade under the ticker MGI, rallied by 150% during Monday’s after-hours session to $3.68. This price is notably still over 10% under the amount that Ripple paid per share.

Ripple Under Threat from Facebook’s Crypto

Ripple’s latest partnership comes as pundits have argued that Facebook’s crypto, slated to be a low-cost & widely-adopted stablecoin, will put XRP at risk of extinction. Charlie Shrem, the founder of the now-defunct Bitinstant and a crypto entrepreneur, wrote the following on Twitter:

Facebook is launching their global crypto coin called “Libra”. What’s interesting is they are offering companies to pay $10m to become “validators”. If anything, it renders Ripple useless 😂. The first companies to create a LIBRA/BITCOIN exchange will make a killing!

Max Keiser, an RT contributor and long-time Bitcoin supporter, echoed this sentiment, explaining that Facebook’s impending asset will render most altcoins that promise to become a viable medium of exchange, including XRP, useless. The thing is, it is currently unclear whether or not the social media digital asset will find use in banking or finance.