Powerhouse Dutch bank and financial services firm ING is one of the largest banks in the world. Where it goes, peers and smaller companies are likely to follow.

That’s why major intrigue came along with a new report from Reuters last week, wherein the outlet said discussions with anonymous ING insiders pegged the influential financial institution as being in the process of building out enterprise-grade cryptocurrency custody technology. 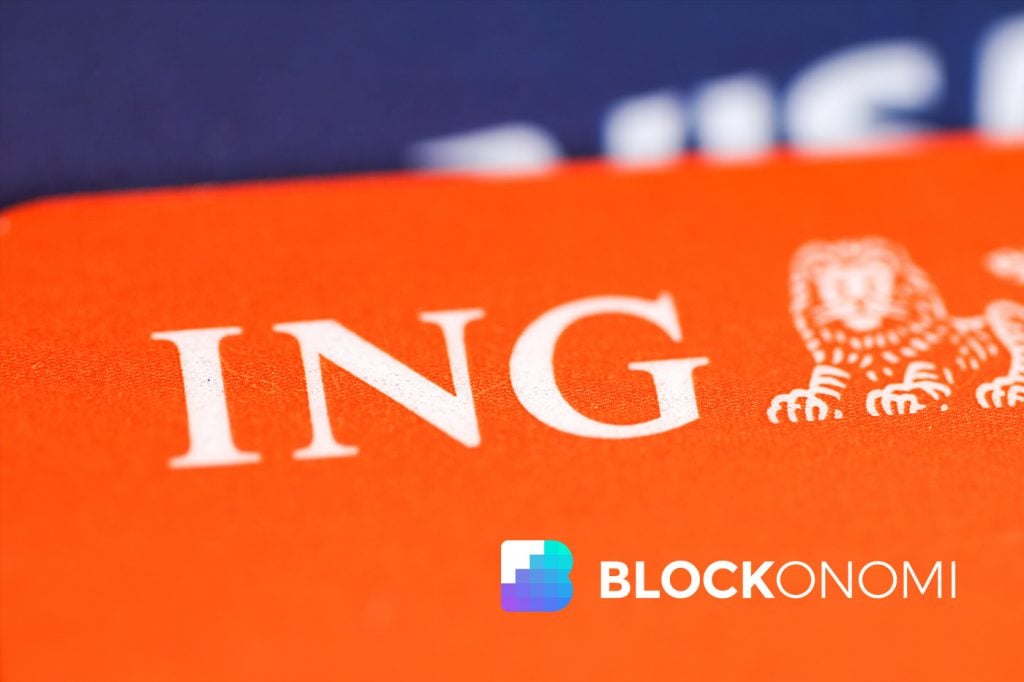 The fledgling in-house development initiative is being carried out in Amsterdam with a mind toward ING positioning itself to directly help its customers compliantly secure their cryptocurrency assets.

In commenting on the apparent effort, ING told Reuters the bank’s leadership estimates there will be “increasing opportunities with regard to digital assets on both asset backed and native security tokens,” a view that cryptoeconomy natives like Coinbase and Binance have long held but one that traditional financial institutions have been slower to grasp.

With that said, if ING brings this custody tech to fruition, it will be one of but a handful of major mainstream firms that have made forays into the crypto custody sector to date, with Fidelity Digital Investments and Intercontinental Exchange-backed Bakkt being the other high profile examples.

For its part, ING has been increasingly active around the blockchain arena this year.

Back in January, the bank signed a five-year deal with R3, creators of Corda, that granted the institution an “unlimited number of licenses for R3’s commercial blockchain platform, Corda Enterprise.”

In the spring, word broke that ING’s blockchain specialists were working on bulletproofs, a type of privacy tech for blockchain, and were exploring how they could be used in real-world applications. Around the same time frame, the space learned that ING had prototyped four blockchains in recent years but was yet to be satisfied with its results at the time.

In September, Teunis Brosens, one of ING’s leading economists, noted that “cash [was] still king” and that cryptocurrencies and their surrounding applications would have to demonstrate themselves as “useful, relevant and trustworthy” before mainstream adoption would be a serious possibility.

Brosens added that “technical improvements are needed” for such widespread adoption, which appears to be what ING’s new crypto custody work appears to be about: the bank chipping away at the improvements it would like to see in the insurgent crypto ecosystem.

Writing on the Wall?

Interestingly, ING’s apparent crypto custody effort comes on the heels of Germany’s parliament recently passing a bill that will allow German banks to directly sell and custody cryptocurrencies for their customers starting in 2020.

That development sent shockwaves through the cryptoeconomy, as Germany is currently an extremely influential state, not just in Europe but also on the wider world stage. Other nations will undoubtedly follow suit in passing similar laws, which could trigger a domino effect of crypto legitimization throughout the world’s increasingly interconnected markets.

The debate for now seems to be a matter of when and not if; this is to say the question here is what other countries will follow in Germany’s stead first — not whether other nations will do so at all.

With this context in mind, ING’s crypto custody solution may be in the works because the bank’s leadership has projected that soon enough it too will be able to legally custody its customers’ crypto holdings.

Of course, the Netherlands and Germany are governed by different laws, but the Dutch bank’s custody work could be seen as an indication it believes cryptocurrencies are on course to enjoy considerably wider adoption. To that end, the bank may simply be trying to get its homework out of the way early.