Banco Santander and BBVA have joined the E.U. International Association for Trusted Blockchain Applications (IATBA), according to reports from Spain-based economic newspaper ‘Expansion’.

The news comes after the banks were invited to attend a blockchain-focused meeting in Belgium, which was hosted by Mariya Gabriel, who is the commissioner for Digital Economy and Society, and Roberto Viola, who directs the E.U. Department of Communications Networks, Content and Technology.

This news comes on the heels of a report that BBVA recently quarterbacked the first syndicated loan to use blockchain.

Many banks have been looking for ways to patent and explore the ways that blockchain could be used, but it looks like the EU is beginning to take a leading role in developing real-world blockchain products for commercial use. 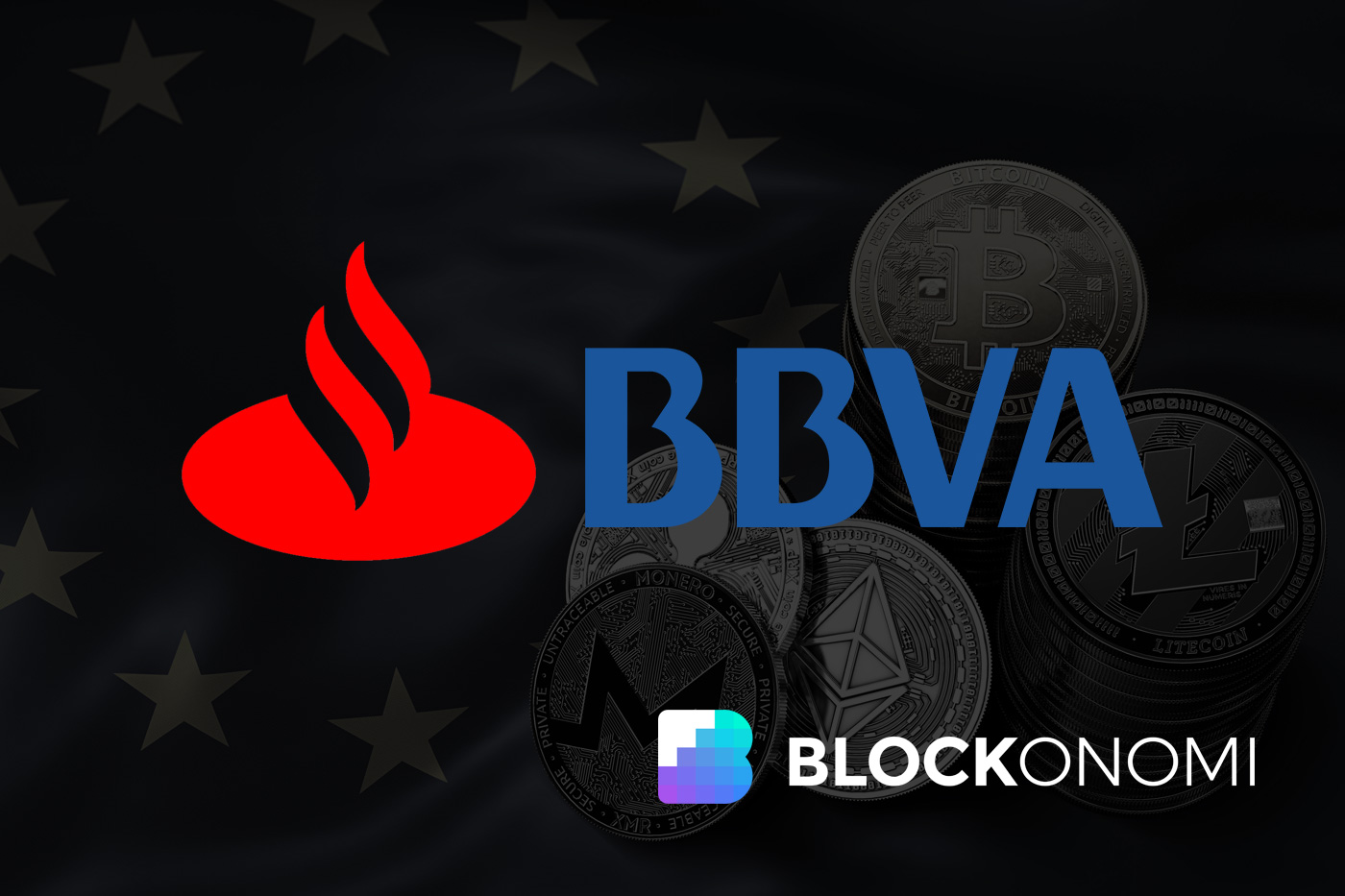 Banco Santander and BBVA are Leaders in Blockchain Banking

There has been no shortage of blockchain patents taken out by global banks. Bank of America is currently alleged to be the largest blockchain patent holder, but they may or may not choose to use the IP they spend millions on securing.

BBVA and Banco Santander appear the be in a different class. Both banks were early innovators in the blockchain space, and now their decision to join the IATBA demonstrates their willingness to cooperate with regional groups to further the technology as a whole.

The IATBA is scheduled to launch in the first quarter of next year and hopes to help the EU develop sensible regulations for blockchain applications across the EU. Expansion reported that BBVA and Banco Santander are among the first publicly-disclosed members of the IATBA.

The European Blockchain Partnership is promoting the IATBA, and hoped to create, “a European Blockchain Services Infrastructure that will support the delivery of cross-border digital public services, with the highest standards of security and privacy.”

Widening Use Cases for Blockchain

To some degree, major banks are hamstrung by an aging business model. Central banks especially are behind the curve, though public sentiment seems to protect them from rapid advances in technology.

Numerous new blockchain platforms are on the edge of changing how companies do business, and some form of digital payment is central to unlocking the efficiency that blockchain can deliver. If central banks and governments don’t allow their fiat currency to be used, some other form of settlement will evolve.

BBVA already began to test out Hyperledger and Ethereum with Spanish energy giant Repsol, and they also used Ethereum to facilitate a syndicated loan with other major banks earlier this fall. Major banks are beginning to use cryptos in their operations, which may end up supporting the sector longer-term.

The Nonsense Never Seems to Stop

Despite the fact that blockchain is becoming a go-to technology for banks in the EU, top bankers at the ECB continue to deride Bitcoin.

Benoît Cœuré, who is a member of the Executive Board of the European Central Bank, told an audience, “Lightning may strike me for saying this in the Tower of Basel (—) but bitcoin was an extremely clever idea. Sadly, not every clever idea is a good idea. I believe that Agustín Carstens summed its manifold problems up well when he said that bitcoin is ‘a combination of a bubble, a Ponzi scheme and an environmental disaster,’” at the Economics of Payments IX Conference

While his words stopped short of some other bitter crypto hating establishment players, this sort of endless crypto bashing seems like it never stops. Today there is no doubt that the backbone of Bitcoin is extremely valuable, and other blockchains, like Ethereum, are being used by major banks.

The nuances of how to design an environmentally friendly proof-of-work blockchain can be debated, but the idea that the first-ever blockchain would ‘nail-it’ is an absurdity. How a central banker calls anything a Ponzi scheme with a straight face is amazing, as the central banking system is probably the largest con in the history of humankind.