A Beginner’s Guide to Stratis

There are over 800 cryptocurrencies in the market right now. While the industry is being led by Bitcoin, Ethereum and the rest of the pack, several up-and-coming coins are showing good promise for the future. Stratis is one of those coins. Stratis is being traded at #15 in the cryptocurrency trading charts right now and offers great potential for a medium-term to long-term investment due to its stellar potential.

The primary objective of the Stratis platform is to provide everyone with a customizable blockchain. It is not so much of a regular coin that it is a platform and a token ( $strat ) which other organizations even individuals can benefit from. But what is the philosophy behind the company and why it is much more than just a trading currency? In this guide we will be looking at what makes Stratis special. 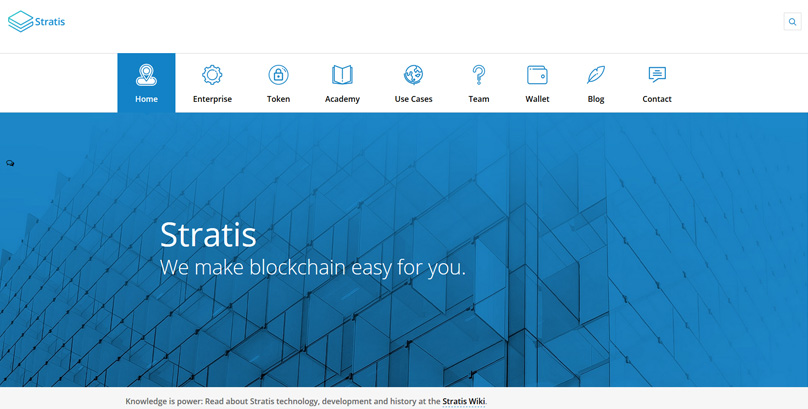 When was it started and how does it work?

Stratis was developed as an end-to-end blockchain development platform or “blockchain-as-a-service”. It gives people control over their blockchain and the allows deployment of automated decentralized apps on its own custom blockchain. It offers direct competition to Ethereum and NEO in this regard.

Ethereum’s blockchain has made positive strides in making blockchain available or new apps through its smart contracts. Stratis aims to go down even further on the road and offers even more options for using the blockchain to our advantage.

Stratis can be Programmed Using C#

In July 2017, the platform launched the Stratis Development Framework (SDF) that enabled blockchain development in both C# and .NET languages. Using Stratis developers can program their code into the blockchain using simple these extremely powerful universally applicable languages. 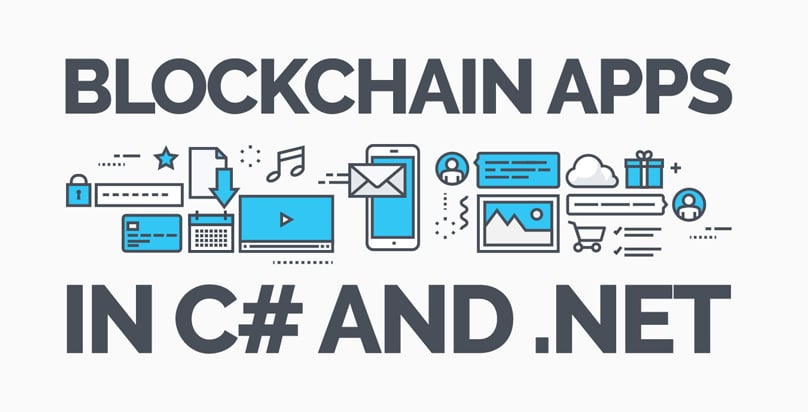 The move opens a new door of possibilities for all C# programmers to try their hands with its blockchain with minimal adaptation to the new system, unlike Ethereum which uses it’s own custom programming language “Solidity”. This is seen as an extremely useful addition and one that has the potential to bring blockchain into mainstream apps and computing as it will be starting with a wider pool of developers familiar with the language.

Without doubt, come of the best use-cases for Stratis are companies within the fintech industry, medical institutions and the internet of things. They will be able to enjoy the benefits of the amazing developments of the blockchain ledger with the help of Stratis and this could be a game changer for them.

With Stratis, these financial institutions and other organizations can access their own sidechains that are part of the original blockchain. They can do so with the help of Lite Clients and Application Programmable Interfaces (APIs).

In simple words, with Stratis, things are going to get a lot more simpler and secure. Stratis, the platform’s token was launched to fuel these blockchains and create liquidity in them.

The project launched its first ICO in June-July 2016. The project needed crowdfunding to further the substantial progress they had already made. More than 915 bitcoin were amassed during the ICO and 98 million coins were created in this phase. 84.7% of these were made available for the ICO and the rest 14.3% were kept by the creators to invest in incentives, marketing and partnerships.

Stratis works on a Proof of Stake method, different to Bitcoin and Ethereum’s Proof of Work which requires miners to secure the network. (PoS) is a type of algorithm by which a cryptocurrency blockchain network aims to achieve distributed consensus. In PoS cryptocurrencies (like Stratis) the blocks are usually said to be “staked” or “forged”, rather than mined.

Staking can be done from the official Stratis Wallet client, which requires a permanent connection to the internet and your wallet open with your coins. We will be writing a complete guide on how to stake with Stratis soon.

An encouraging development was when Microsoft integrated Stratis into their Azure BaaS program which allows Provisioning of Stratis blockchain nodes on the Microsoft Azure platform. 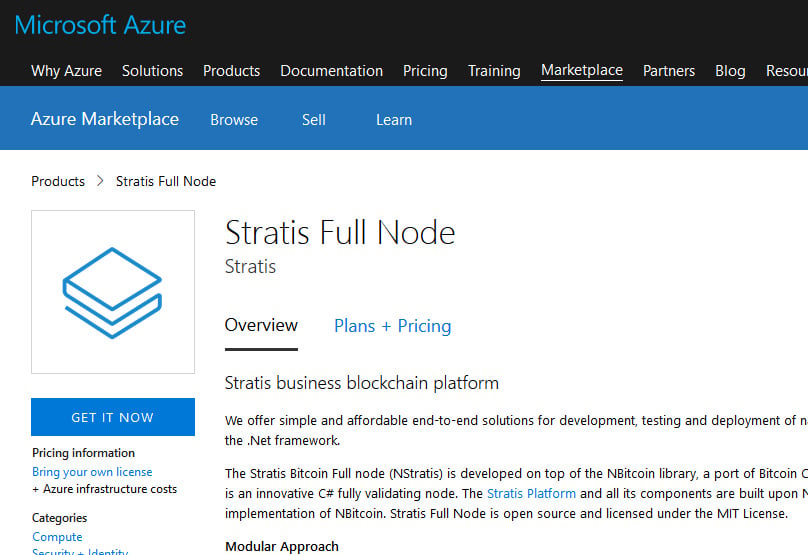 Another important project announced by Stratis is that of its cryptocurrency wallet named “Breeze Wallet”. The Breeze Wallet is an attempt to increase the privacy of altcoin traders especially bitcoin and Ethereum ones by implementing Tumblebit, it will be the first wallet to incorporate this technology which will will allow complete privacy of transactions using the mixing method.

Breeze Tumbler is expected to be utilized in commercial scenarios including businesses that do not wish to reveal their customer or sensitive data for competitive reasons.

The Tumblebit integration is currently in alpha with a full release expected soon – could this new development help push up the price of Stratis? 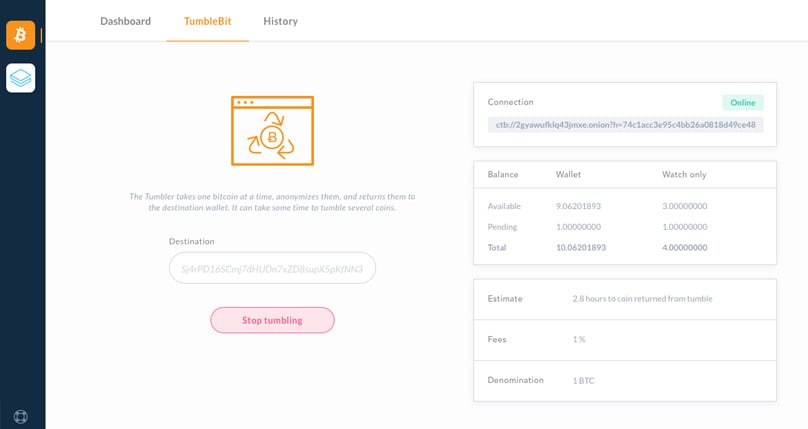 One thing that cryptocurrency cannot ensure right now is 100% private transactions. This Breeze Wallet will aim to solve this problem and when it releases, the currency will surely experience a healthy price hike.

Recently Stratis announced a partnership with Earthtwine to create the world’s first blockchain for seafood. That may sound strange at first until you realise that seafood is the world’s second largest traded commodity on the plant after oil with total revenues of $158.1bn in 2015.

Stratis will establish distinct, dedicated blockchains, tokens and applications to integrate Earth Twine’s global seafood tracking solution onto the blockchain. This rapid innovation and development will transform the seafood industry by introducing unprecedented levels of trust, collaboration and settlement, in turn, increasing productivity and sustainability.

The purpose of this blockchain is due to the fact that starting in January 2018, the Seafood Import Monitoring Program requires specific data related to seafood imports to be provided electronically to U.S. Customs and Border Protection. The project will seek to solve compliance issues due to illegal and unreported fishing and misrepresented seafood which have affected global seafood markets.

Stratis is still at the very early stages of it’s development, the first block was mined just over a year ago on the 9th of August 2016. It has made great progress in that time as you have seen above. If you are looking to invest in a Cryptocurrency with a solid team and good long-term prospects then we would recommend Stratis – It is currently trading around $5 which is half of it’s all-time-high so a good point to invest, we recently ran a poll on Twitter to see what people thought the price could reach this year and the majority said $50+.

Who Loves Stratis? Predictions for Price at end of 2017? #stratis $STRAT @stratisplatform @Khil0ne

We think maybe that is a little ambitious for this year, so would say around $25 this year and $50 – $100 next year. If you are interested in a project with good fundamentals, real-world use potential and ability to generate extra tokens via staking then we recommend you look at Stratis – a good solid, long-term hold for your portfolio.