Cryptocurrencies have undoubtedly made it to the global stage. Ever since Facebook unveiled Libra, a take on a digital asset based on a “blockchain” backed by firms in Silicon Valley and on Wall Street, global regulators, leaders, analysts, and economists have felt mandated to address Bitcoin and its ilk.

While there have been a few positive remarks, like the Federal Reserve Chairman’s admission that Bitcoin is a store of value, most names worth negative are wary of crypto. Case in point, Donald Trump suddenly issued a series of three tweets about cryptocurrencies, namely Bitcoin and Libra, just last week, drawing a mass amount of mainstream interest. 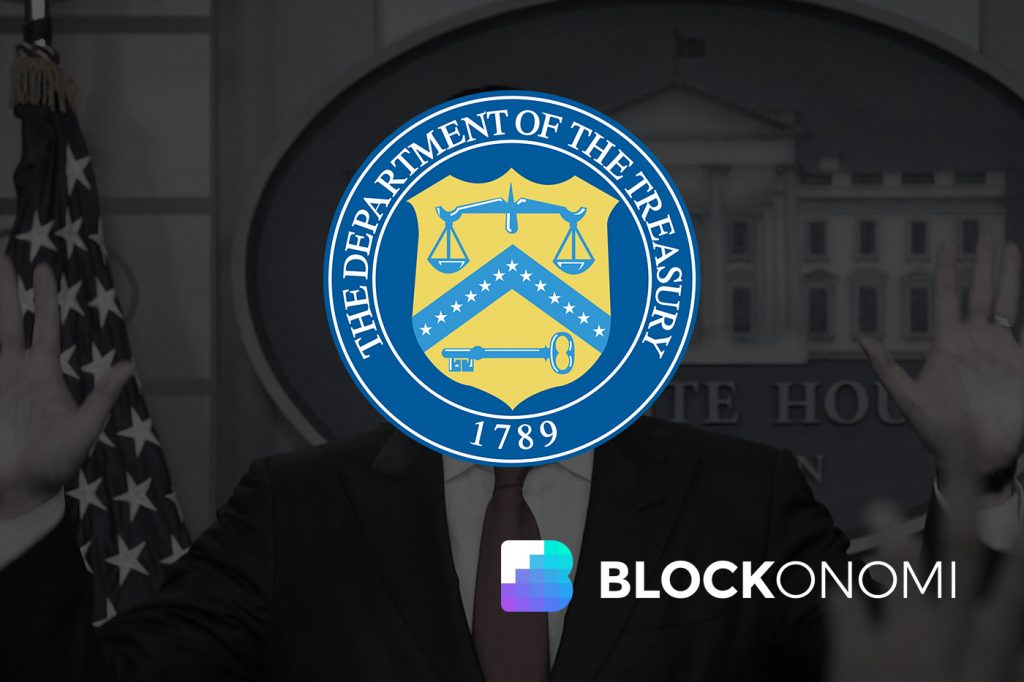 And now, it seems that one of Trump’s allies, the U.S. Treasury Secretary, has followed suit.

Speaking in a press conference Monday, July 15th, Steven Mnuchin made sure to let the world know that the Treasury is aware of the issues that come with the establishment and use of cryptocurrency.

Echoing Trump’s stances to a T, the U.S. politician noted that “cryptocurrencies such as Bitcoin” have been “exploited” to facilitate illicit activity worth billions. Mnuchin claims that said criminal activities that are known to involve Bitcoin and other decentralized digital assets include “tax evasion, extortion, ransomware, [the sale of] illicit drugs, and human trafficking”.

Indeed. As reported by Blockonomi previously, blockchain analytics firm Chainalysis confirmed last year that nearly $1 billion worth of Bitcoin transactions will be related to dark web markets in the entirety of 2019. The company adds that popular items on these shadowed marketplaces include stolen credit card details and narcotics. Bitcoin is also prominently featured as the currency of choice for criminals looking to exploit victims of ransomware or digital extortion.

With this in mind, Mnuchin reaffirmed that the United States’ regulators and lawmakers alike will continue to be “at the forefront” of crypto-providing entities:

“We will not allow digital asset service providers to operate in the shadows and will not tolerate the use of the cryptocurrencies in support of illicit activities.”

He adds that companies dealing with this asset class should comply by the rules that many “traditional financial institutions” abide by, namely those involving anti-money laundering, countering the financing of terrorism, and money transmitting and servicing. Mnuchin explained:

“The United States Treasury has been very clear to Facebook, to Bitcoin users, and to other providers of digital financial services that they must implement the same [rules] as traditional financial institutions. The rules governing money-service providers apply to physical and electronic transactions alike.”

According to an analysis of these statements by economist Alex Kruger, these comments are bullish for blockchain analytics firms and regulated United States-based exchanges, but bearish for decentralized finance, privacy coins, and crypto platforms operating internationally without much regard for rules.

The United States’ crackdown on illicit activity in this industry has seemingly already begun. Just last week, a cryptocurrency tax professional managed to get her hands on a more than 100-part slide deck given to agents of the Internal Revenue Service (IRS).

Per the presentation, the American entity intends to us interviews, “open-source searches”, electronic surveillance, social media scrutiny, and Grand Jury subpoenas to try and identify and crack down on evaders.

She states that the slides indicate the need to subpoena technology giants with U.S. operations, namely Apple, Google, and Microsoft to inquire about suspects’ histories.

Also, the IRS notes that it may also involve banks, credit card providers, and digital payment ecosystems like PayPal to see if there are transactions in affiliation with the usage of Bitcoin or other digital currencies.