Bitcoin vs The Dot Com Bubble: Are the Comparisons Necessarily a Bad Thing?

With Bitcoin and its underlying blockchain protocol soon approaching its 10th anniversary, the phenomenon has had to fend off a range of accusations linked to its legitimacy. The likes of Warren Buffet, George Soros and Nobel Economist Robert Shiller, amongst many others, have all made a direct reference to Bitcoin resembling that of a bubble that is destined to burst. Moreover, such sceptics of the digital revolution argue that the technical red flags currently facing the industry have strong similarities to that of the infamous Dot Com bubble.

Whilst there can be no denying that these warning signs potentially exist, it is also argued that the cryptocurrency space is not set for redundancy per-say, more so that the industry is set for a major long-term re-shape. Essentially, it is important to note that whilst many Dot.com stocks are no longer here to tell their story, one only needs to look at the likes of Amazon, eBay and Priceline to understand that the technology stock crash at the turn of the century was not a demise in its entirety. 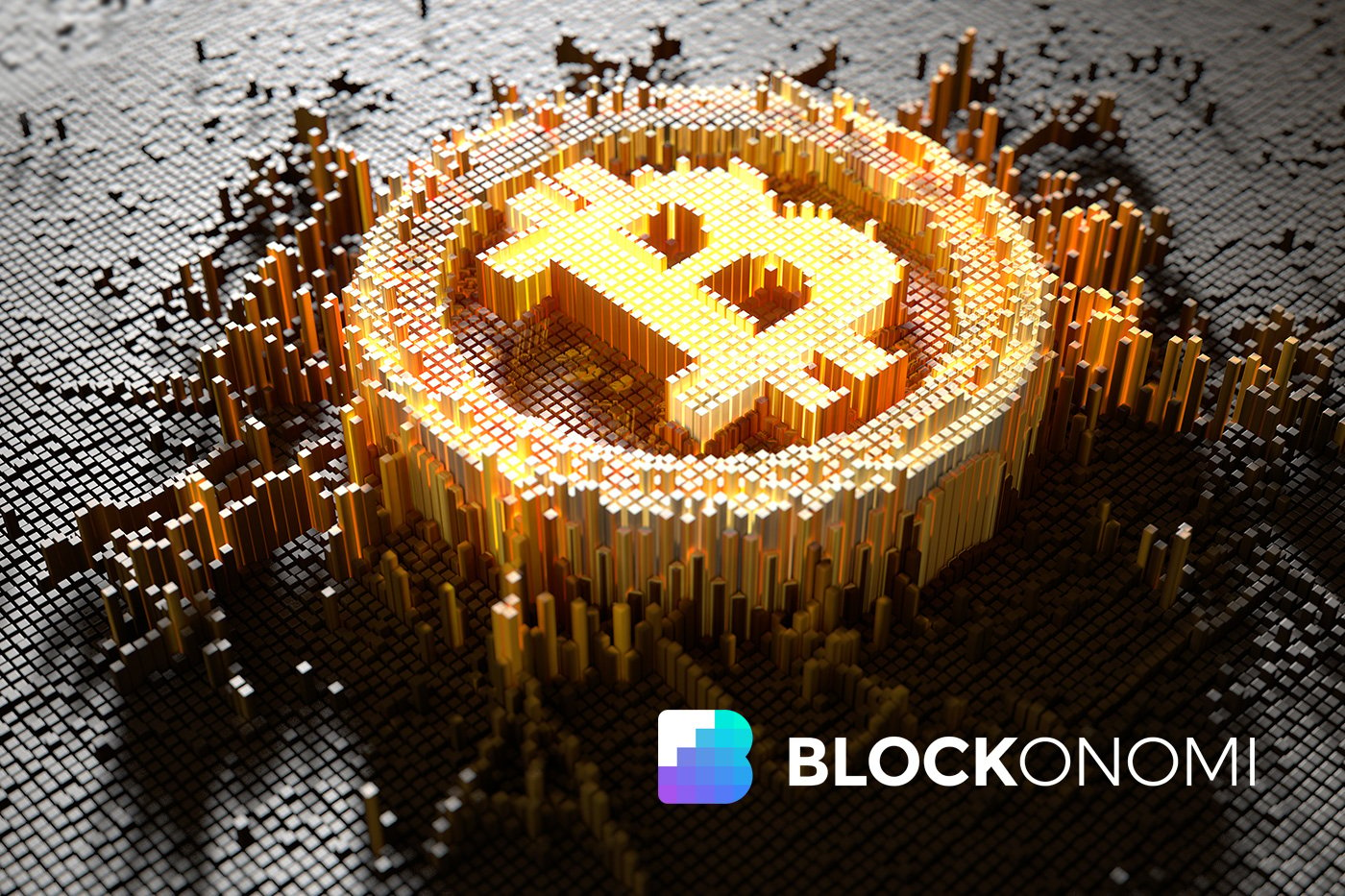 Therefore, in this article we aim to explore the potential comparisons between the exponential rise and fall of the cryptocurrency markets with that of the Dot.com bubble. We’ll start by taking a brief look at what the Dot.com bubble actually was, followed by an overview on those that eventually recovered to their previous all-time highs – and then some. Once this has been explored in detail, an attempt will then be made to ascertain whether there is any credence in the viewpoint that the cryptocurrency industry is set to go the same way.

What was the Dot.com Bubble?

First and foremost, it is highly relevant to briefly clarify what we mean by a bubble. In its economic form, a bubble is referred to as an asset, or a group of assets such as a particular sector like technology stocks, Gold or Bitcoin, that far exceeds its true intrinsic value. In most cases, a bubble is facilitated by widespread speculation, or as the cryptocurrency industry likes to say – FOMO (Fear of Missing Out). According to leading economist Hyman P. Minsky, the five fundamental steps to a bubble are as follows.

In the late 1990s and in-line with the very start of the age of digitization, a somewhat new breed of commerce braced the financial markets with its presence in the form of internet-based companies.

The idea behind the bubble was simple. Waves of newly created website stocks went public, with the vast majority of these companies being listed on the NASDAQ -the primary stock exchange for technology-based assets. With vast amounts of capital being injected in to website startups that had yet to turn a profit, investors were banking on the idea that long-term success was inevitable. As such, wide-spread speculation resulted in profit-less internet-based stocks reporting unprecedented growth in value.

To illustrate this uncanny investor appetite for a piece of the Dot.com bubble, in 1995, the NASDAQ index was worth just under 1,000 points. Just five years later at the peak of the bubble, this figure had increased five-fold to its then all-time of 5,132. What was to follow was an ultra-fast transition from “Buy, Buy, Buy” to that of a “Panic Sell, Panic Sell, Panic Sell”.

What has Happened Since?

If one were to analyze the long-term consequences of the Dot.com bubble, there are a number of ways to approach this. However, for the purpose of this article, we have decided use the NASDAQ market as a broad indicator. In a nutshell, whilst many technology stocks have failed to recover from the all-time highs that the bubble facilitated, or worse – are no longer around, many have since excelled. As per the illustration below, it took the wider NASDAQ index close to 15 years before it recovered from its peak in 2000. However, at the time of writing, the index has far exceeded this figure and currently stands at just under 7,000 points. 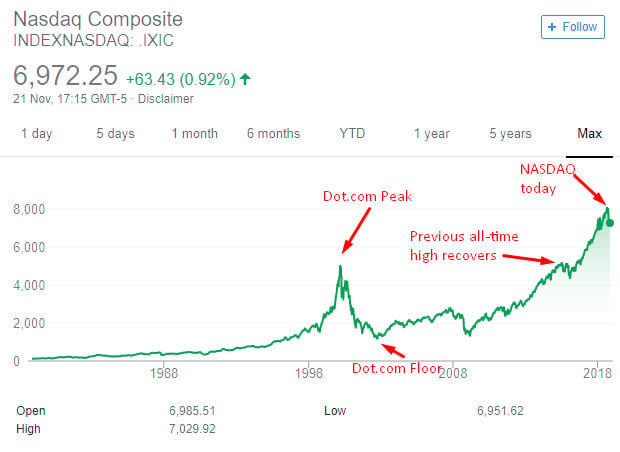 Amazon is a highly fitting example of this long-term recovery. The online marketplace saw its stock price peak in late 1999 at just over $113. It wasn’t until October 2009 that it managed to surpass this value – a mere 10 years. Most importantly, at the time of writing, Amazon stocks are now worth more than $1,500, illustrating a post-bubble increase of more than 10 times.

Over at business software platform Oracle, its stock price peaked in late 2000 at a price of $46.47. The Dot.com bubble hit it hard, reaching lows of just $7.25 in the summer of 2002. However, the stock eventually regained its previous all-time in December 2014, totaling a recovery period of almost 14 years.

The list goes on. Whether its eBay, Adobe, Priceline, San Disk or Oracle – although a significant amount of technology stocks went through a decade-long period of bearishness, many have since surpassed their Dot.com bubble heights.

Others weren’t so fortunate. Many website-based companies such as Pets.com, Geocities, Webvan, Boo.com and Kozmo, to name a few, are now nothing more than a distant memory. They failed to survive the bubble and ultimately, investors lost vast sums of money.

So how Does this Compare to Cryptocurrency?

If the Dot.com bubble taught us anything, it’s that eventually, speculation can only go so far. The rise and fall of the Dot.com bubble showed us that organizations with an underlying product or service that offered real-world value ultimately stood the test of time. As we can see from the illustration below, the total market capitalization of the cryptocurrency markets in its entirety has followed a similar path to that of the NASDAQ-led Dot.com bubble. 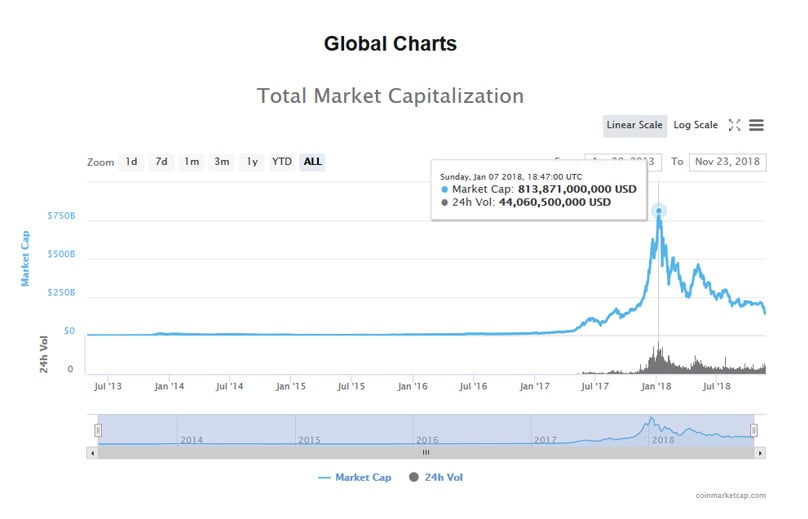 If one were to look at Bitcoin alone – the original and still the de-facto cryptocurrency of choice, then it is clear to see that the growth levels of 2017 were far from sustainable. Starting the year at $1,000, Bitcoin concluded the period with an all-time just shy of $20,000 – a percentage increase of 2,000%.

Since then, Bitcoin – alongside the rest of the cryptocurrency market, has struggled. At the time of writing, Bitcoin sits around the $4,300 mark, representing a decline of almost 80% since its all-time high in December 2017. This trend remains constant across the wider markets, which according to real-time pricing platform CoinMarketCap, now consists of more than 2,000 individual cryptocurrencies.

Will we Eventually see a Repeat of the Dot.com Revival for Leading Projects?

Ultimately, this beggars the question. Will the cryptocurrency market go the same way as the NASDAQ and its website-based stocks? If so, it is highly feasible that this will result in a major transformation, insofar that in the long-run, the markets may eventually separate the wheat from the chaff.

To elaborate on this viewpoint, if the likes of Bitcoin, Ethereum, Ripple and other leading projects are the Amazon, eBay and Priceline of the Dot.com bubble, then are the never-ending tokens of ICO projects set for a similar fate as Pets.com, Geocities and Webvan?

In reality, there can only be so many “Ethereum Killers” or “Revolutionary Cross-Border Tokens” before the markets eventually come to the determination that most blockchain assets may never see their previous highs again. However, on the contrary, it is also reasonable to suggest that, at least in the case of Bitcoin, some projects will ultimately stand the test of time.

If this is the case, then those currently in receipt of large cryptocurrency holdings must remember the fundamental action of patience. Those that were personally involved in the Dot.com bubble would have no doubt carried a similar sentiment to the cryptocurrency portfolio holders of today.

Yes, it is correct that had you purchased Bitcoin in late 2017 you are now staring at a net loss of close to 80%, much in the say way that holders of Amazon stocks did in the preceding years of 1999. However, whilst there are no guarantees that the financial side of blockchain assets will ever repeat its previous successes, nor which projects in particular will succeed if the industry is here to stay, what can be argued is that it is potentially too soon to know.

The fundamental narrative of this article is to argue the point that whilst the technical red flags currently facing the cryptocurrency industry resemble that of NASDAQ and its subsequent Dot.com bubble, this doesn’t necessarily mean that the end is neigh.

It took the vast majority of surviving technology stocks an average of 15 years before they regained their previous all-time highs that the Dot.com bubble artificially facilitated. If this is the case for Bitcoin, are you prepared to wait?