Cirus Foundation: The Evolution of CIRUS

The Cirus Foundation leadership team has recently provided the Cirus community with insider details and updates on recent development and partnerships, including a big update on a new release scheduled for Christmas Eve.

Key takeaways are provided below, and you can rewatch the entire interview here. 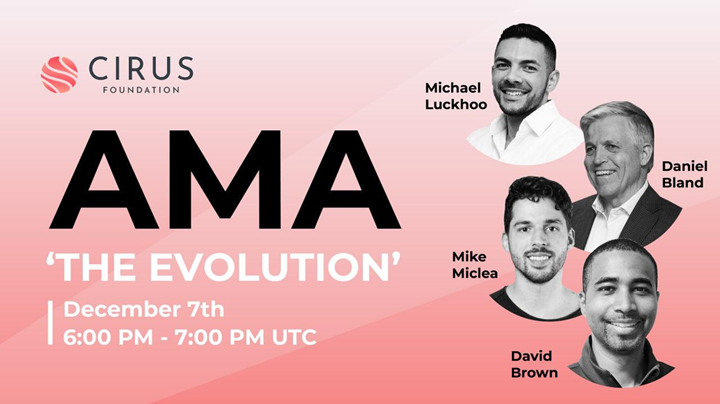 According to the Cirus team, their focus has always been on the user – ensuring ease-of-use for the user, delivering benefits, and providing data control and earning/income streams. The past several months have been a whirlwind of work and development at Cirus, and the team is in a position to kick off something that the community will truly be excited about: The launch of a web extension that allows users to start earning crypto from their data, instantly.

This launch will take place on Christmas Eve (December 24). As part of the team’s relentless focus on user engagement and the user experience, a sleek, intuitive web extension has been developed to allow users to quickly and easily sign up and start earning crypto from their data.

As part of the launch, a 24-hour drop will also take place all around the world. This is part of the team’s commitment toward building a truly global product for everyone. It also ties in with how Cirus has evolved and why the focus is on building an ecosystem that effectively tackles the global data industry. To meaningfully impact the way people access, use, and monetize data, the Cirus team has developed a go-to-market strategy, adopted a macro-level industry approach, and built a supply chain structure that takes a global user audience into account.

This “global-first” approach has been implemented side by side with ongoing ISP engagements, partnerships, user education, and other pre-launch initiatives to ensure a smooth rollout of the extension for everyone all over the world. 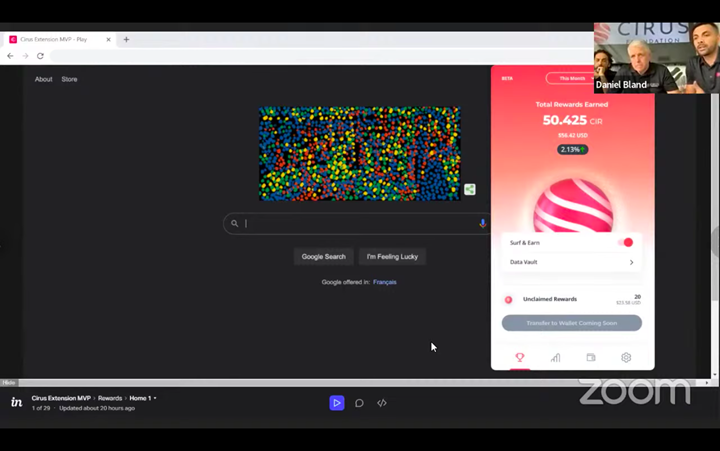 The first product coming to market is the Cirus web extension, which can be downloaded in two clicks. It will enable users to earn real value from their data, with buttons for turning the extension on/off and entering private mode, as desired. A “Data Vault” function is also available. It allows users to specify what they want and do not want to share. This ensures transparency for everyone. There is also an unclaimed rewards function that allows users to track their token holdings. 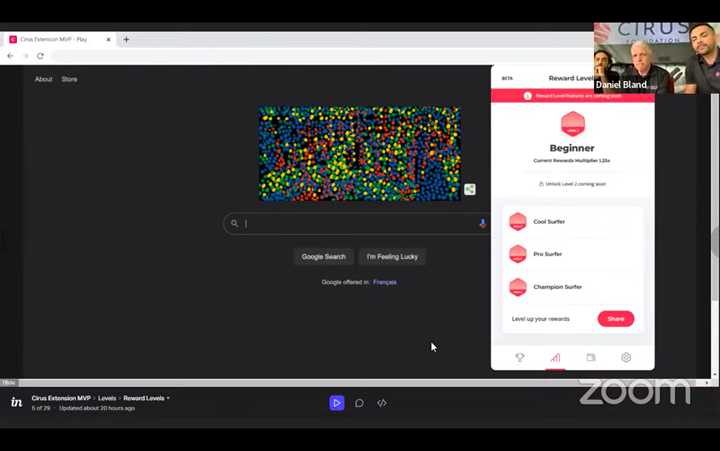 One component of the extension ensures that there are rewards and encouragement for people to level up and enjoy or experience new and different features and offerings. These include NFT components and other incentives that tie in with how a user builds their profile and the kinds of earnings they can generate from using Cirus. 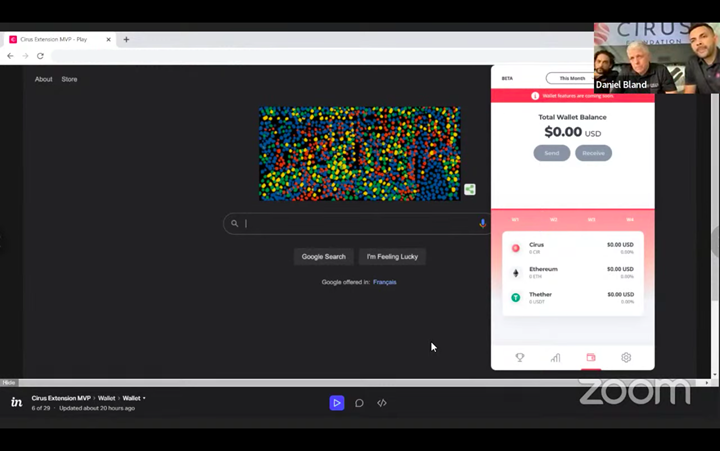 This is the Cirus wallet that holds the user’s Cirus earnings. It can be used by both novice as well as experienced users and everyone in-between and can be used to swap and trade different currencies. New tokens will be integrated with the wallet as the Cirus network grows and develops and new strategic partnerships are announced. Within the extension, users can create direct value from their earnings and see how they are doing – all in a few taps. 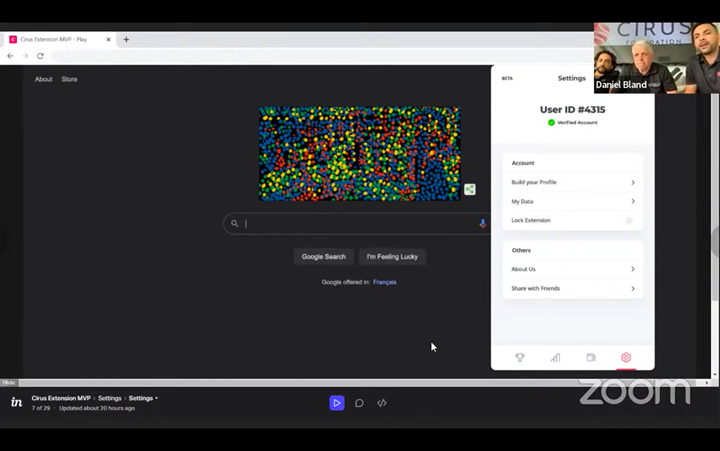 Finally, the last screen is where the user can customize their account settings and preferences.

With a clean, simple, and intuitive interface and easy-to-use features and functions, Cirus is confident about its ability to quickly and effectively onboard new users and bring a new wave of customers into the crypto fold, allowing them to earn crypto and benefit from the value of their data.

The Cirus team feels that this new, value-packed offering will resonate with the crypto community and that it is the perfect on-ramp to bring not just crypto earnings but data privacy and user control to millions around the world.

After the extension walk-through, the team spoke in a little more depth about the different stages of the extension. At present, Version 1 is ready for the December 24 launch with data collection and monetization built-in, and Version 1 is what will kick things off for Cirus in 2021. KYC, Data Vault and a unique identity profile builder – in anticipation of the death of cookies – will be added after the V1 launch.

Version 2 will bring wallet integration, which is critical for the crypto world who will want to have control of those earnings in their wallets. This will be followed by Version 3, which will bring Android and iOS mobile apps for everyone, and Version 4 will come with the release of the Cirus blockchain router. This will deliver the complete Cirus experience of using Cirus hardware and software to provide users with unprecedented control over their data.

Finally, many IoT integrations will take place with Version 5, which is critical since the average home is expected to have 15-20 smart devices active and online by 2030, and completing and delivering on these stages are the team’s targets over the next several months.

Against this backdrop, Michael, Daniel, and David spoke at length about the impact of global supply chain issues on the development and release of Cirus devices, and the team is working around the clock to ensure that, when the time comes, users will have access to a device for their home and that all relevant partnerships, integrations, features, and tools will be available so that Cirus users can continue enjoying control and monetization of their data. 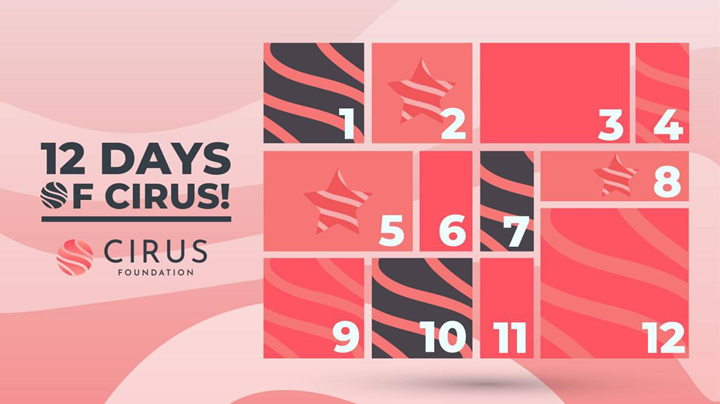 ​​As part of the run-up to the December 24 launch of the Cirus extension, the Cirus Foundation is running a “12 Days of Cirus” campaign in which the team will hyper-focus on communicating the Cirus story and will educate both new and old community members about the project and the impact it will have. The team will also share strategic insights and the go-to-market plan with the public during this time so that they are geared up and ready for the launch.

Additional news, updates, developments, and programs will be communicated by the team during the “12 Days of Cirus” even via the Foundation’s official channels, so readers are encouraged to stay tuned for lots of exciting news over the next two weeks. 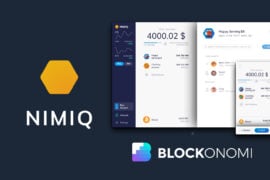