‘Blockchain, not Bitcoin‘ seems like a new mantra. DARPA is the latest government-sponsored agency to take up the mantra, and is looking for people to spill the beans on how they could leverage permissionless distributed consensus protocols to their own ends.

The Defense Advanced Research Projects Agency, or (DARPA), is already working on projects like Atlas, who is something along the lines of a precursor to the robot from the Terminator movie franchise. They are deeply involved in the US military-industrial complex, and probably are looking for new ways to use blockchain in the ‘defense’ industry. 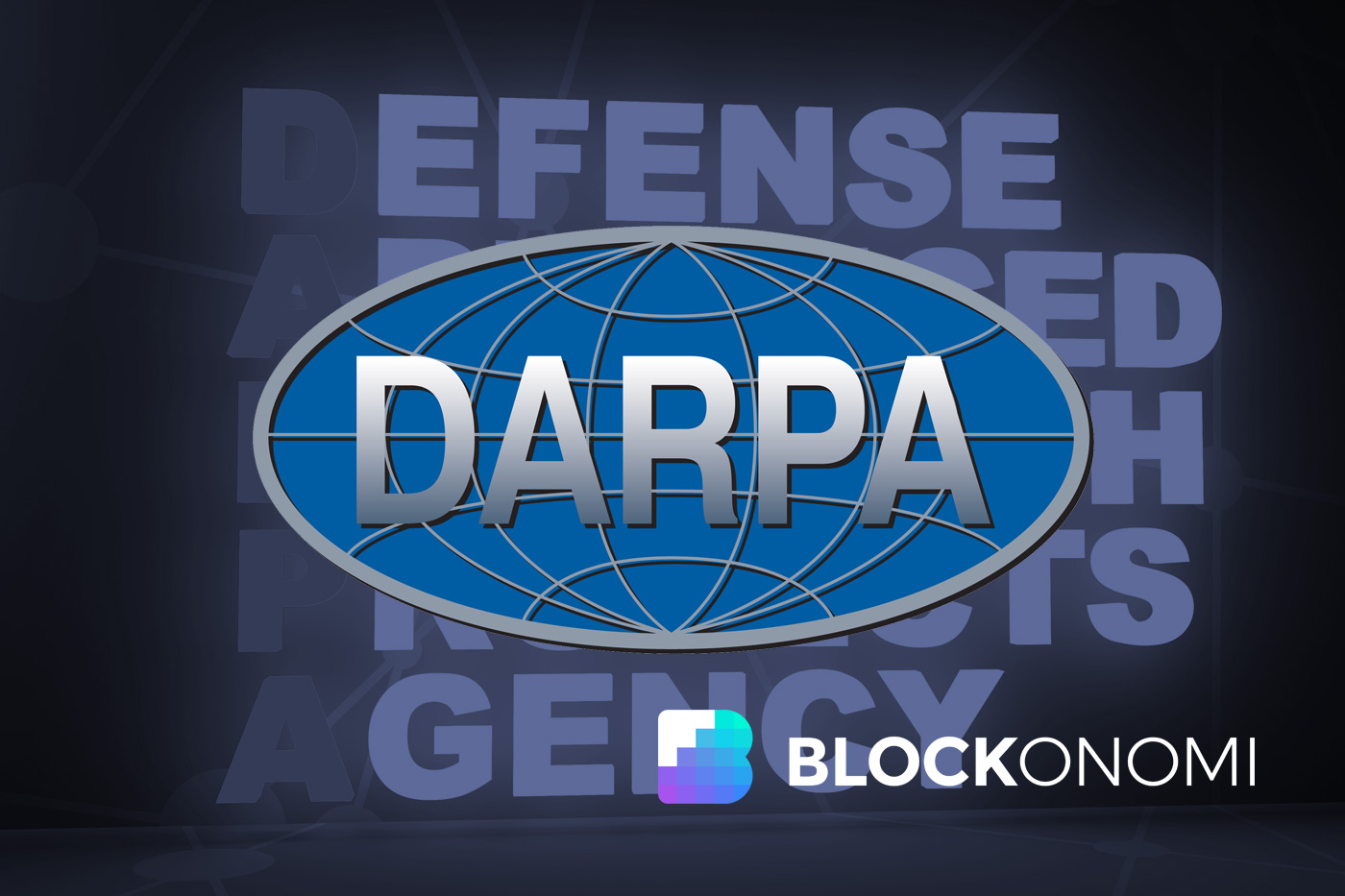 It is highly unlikely that DARPA’s interest in permissionless distributed consensus protocols has anything to do with the ideas that brought blockchain into existence. They are specifically looking for ways to use permissionless blockchains without a monetary incentive, and instead offer access to information or computing power as an incentive.

DARPA is Looking for New Blockchain Ideas, not Tokens

The idea that a permissionless blockchain could be used in the absence of a payout for the people that run the network is sort of odd, to say the least.

Specifically, DARPA is looking for,

Bitcoin was created with the idea that it was possible to have a payment system in the absence of a central authority, This seems to be lost on establishment players, who are moving further into co-opting blockchain to their own ends.

It isn’t hard to see why governments would like blockchain, as it easily creates records that are very hard to modify. Once the freedom that cryptos create are stripped from permissionless blockchains, they become an ideal way to keep track of what people do on a daily basis.

The EU is all about Blockchain, but isn’t hot on Individual Privacy

The European Commission (EC) also seems to be hot on blockchain, but opposed to cryptos. They held a conference in the last month which pumped up the benefits of blockchain, as long as it is able to be used by a government to keep track of it’s chattel (citizens).

Roberto Viola, who is the director-general for communications networks, content, and technology in the EC stated that,

“What makes this association special is its focus on promoting trust in blockchain technology among public authorities and citizens,” and that, “It will also be able to communicate with citizens about blockchain, a technology which should not be associated with obscure cryptocurrencies but with transparency traceability and a secure environment.”

The idea of a “secure environment” in the context that Roberto uses it is very difficult to comment on, though it does bring up memories of a Europe that was hell-bent on total control over a terrified populace.

In the era that European Fascism rose to prominence, there were no electronic payments. Now Brussels is sitting at the nexus-point of a near-total control over the EU, but there don’t seem to be many errant voices protesting against what is an obvious concentration of power that is pursuing any means to consolidate its already considerable power.

The Bronze Bull of Blockchain

The powers that be would be wise to remember the lesson of Louis XVI, and the reign of terror that his desire for absolute power created.

His death was a part of a greater movement away from centralized control, and the money master of this time may want to pay attention to the similarities between political power that existed in Revolutionary France, and the modern monetary system.

Creating a system of recording transactions would indeed create an incredible way to keep track people on a wide scale, but it could also ensnare the political class in a quagmire, should they ever lose control over the ability to command violence on behalf of the people they represent.

Maximilien François Marie Isidore de Robespierre was more than happy to avenge perceived wrongs using the records that he had at his disposal, and grizzly means of execution.

It is worth remembering that any system of violence (power) can be taken over by unlikely candidates, which is why the post-enlightenment was founded on the idea that all people are equal in the eyes of the law, and no person should be deprived of those rights without due process in a just legal system.

Separating blockchain from bitcoin seems convenient in the short run, but using a technology that was designed to re-connect an aimless society with the roots that gave birth to individual rights could be far more dangerous than the political class can imagine.