Cryptocurrency exchange FTX has been making constant investments into the cryptocurrency business since it started its own “rescue campaign” this year.

FTX bailed out a number of struggling crypto brokers during the market turmoil, which made its leading figure – Sam Bankman-Fried – crypto’s white knight.

In the future, FTX might also offer its own stablecoin.

A Stablecoin to Rule Them All?

Bankman-Fried has confirmed to The Big Whale that FTX is working on creating its own stablecoin in “not-too-distant future.” In the interview, the founder said that the native stablecoin could offer many use cases.

FTX also seeks to collaborate closely with major entities for the issuance of the stablecoin, rather than building it from scratch.

“We’ve held off on doing it because, I think to some extent, we think that cooperating on that can be really powerful and a lot of that ends with us trying to find the partners we’d be really excited to work with there.”

There was not any mention of a schedule for rollout or details of the new stablecoin. The billionaire, however, revealed that the stablecoin will be used for payment functions on the exchange.

Tether is the world’s largest stablecoin at the moment. USD-pegged coin is backed by fully reserved assets and may be traded for USD at a 1:1 ratio.

FTX’s plan has received mixed opinions. Some criticize that Bankman-Fried is trying hard to compete with Binance, its biggest rival and the leading crypto exchange platform in terms of trading volumes.

Binance is not just ahead of FTX on the stablecoin front, but also on the volume front, taking the majority of the spot and futures trading market share.

Despite the breakdown of the LUNA-UST model in May, the mid-season stablecoin battle has continued with the emergence of numerous new participants. This year’s stablecoins include NEAR Protocol’s USN, TRON’s USDD, aND Aave’s GHO.

So far, the Fed has still held a critical stance against the idea of exchange-issued stablecoins. U.S. Federal Reserve Chairman Jerome Powell has shown he is not a fan of cryptocurrencies, especially stablecoins.

Stablecoins are digital currencies that are pegged to real-world assets such as fiat money like the US dollar or a commodity like gold.

A majority of existing stablecoins is pegged to the US dollar. Stablecoins are being used increasingly in domestic and cross-border transactions in the U.S. and many other countries.

The impact of stablecoin, however, causes central banks to worry because they don’t have the authority to regulate the sector. Fed officials and U.S. lawmakers have long been concerned about the rise of stablecoins.

But the biggest risk associated with this type of crypto currency is financial stability. Fed worries that external stablecoins pegged to real money are not actually underwritten by monetary sovereignty. The notorious case Terra (LUNA) is a concrete proof.

The chairman of the Federal Reserve regarded the issuing of CBDCs by the Fed to be in competition with stablecoins. It is stated that a CBDC, which is a type of stablecoin backed by the government, has more substantial advantages, including consumer protection.

However, economist Mati Greenspan said that the prominence of stablecoins might be attributed to the fact that they are not dependent on politicians or central banks.

That is the point that must be emphasized. People have, for a very long time, been looking for a separation between money and the government, which CBDCs may not be able to offer.

A digital dollar that is created by the Federal Reserve is more secure than stablecoins that are issued privately; nevertheless, consumers of stablecoins don’t really need security; rather, they need an easier way to transact, particularly in international transactions. 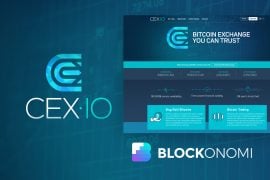 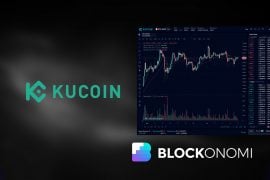