What Is Hash Rate in Bitcoin & Cryptocurrency Mining?

Looking into getting involved in cryptocurrency mining? If so, it’s important to understand what a hash rate is and what it means. Not only that, but how it can affect your bottom line. While you may only be getting into mining as a hobby, it’s still important to have a good grasp on hash rates so you can make the best decisions for your own personal mining business or hobby. In this article, going to go over all the basics of what hash rate is. We’ll also talk a bit about how electricity costs can have a major impact on your profitability. 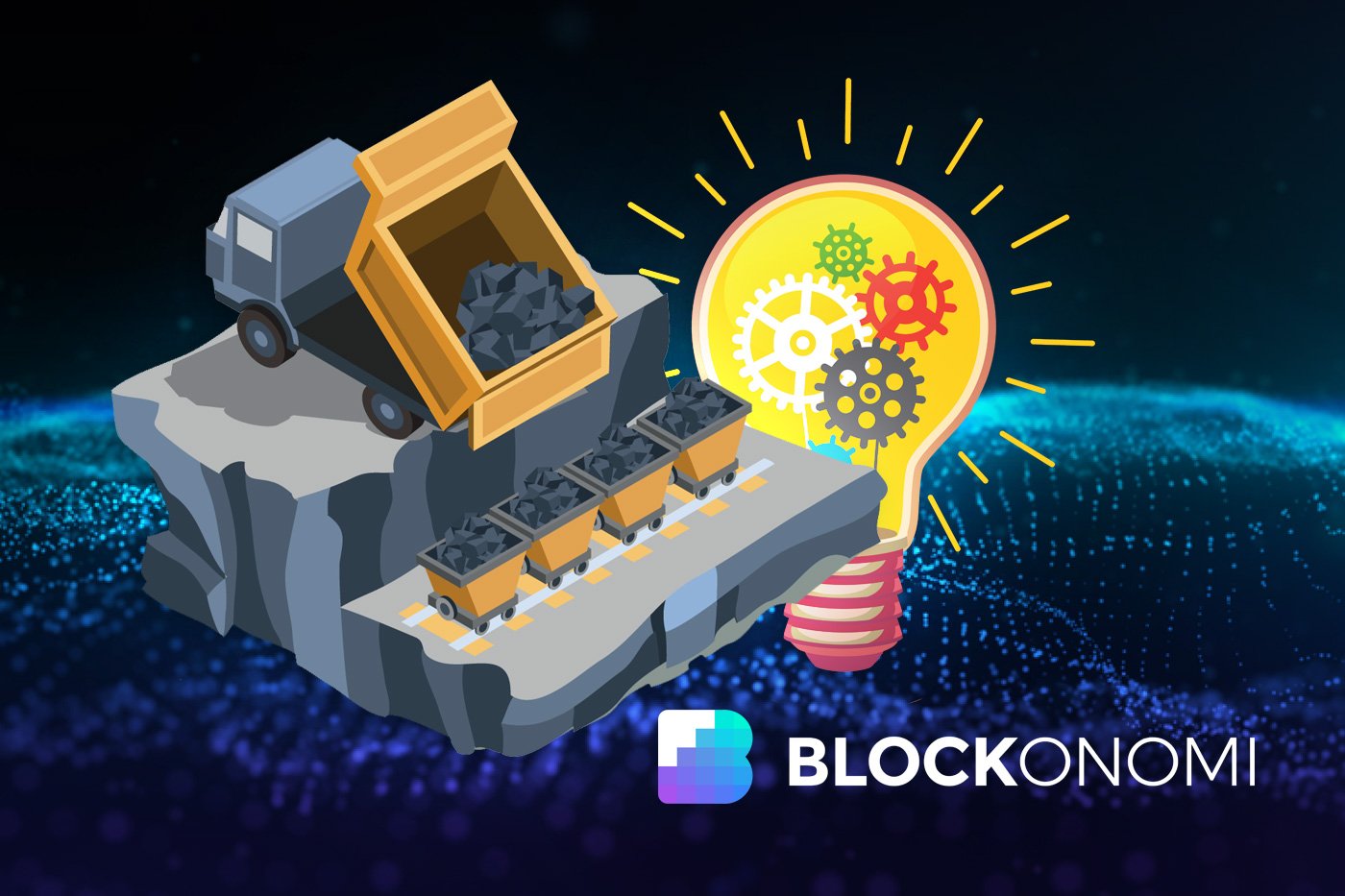 The Basics – What is a Hash Rate?

In the simplest terms, hash rate refers to the speed at which any mining device operates. Speed is important because cryptocurrency mining is really just a guessing game. Although the term “mining” suggests that it is a linear process with a start and a finish, like digging out a tunnel, it’s actually quite different. Without going too much into what mining is, what’s happening is each mining device is making thousands or even millions of guesses each second. The goal is to find the correct answer to the question that will solve the current block.

While it is entirely possible that you could solve a bitcoin block and receive the full mining reward of 12.5 bitcoin using a 10-year-old laptop, the odds of this happening are much worse than being struck by lightning on a clear and sunny day. In fact, at today’s difficulty rates, a single CPU mining at 50 hashes per second would likely take three-quarters of a million years to solo mine a single block. Given those odds, it’s no wonder that no one in the right mind mines bitcoin with a CPU. When you look up a cryptocurrency mining device such as an ASIC miner or a GPU card, you can compare the device’s hash rate. This hash rate is equivalent to the number of guesses the device can make per second in an attempt to solve the block and earn a reward. Pool mining changes how those reward are paid out, but the effect is still largely the same. More hash rate means more payouts.

Hash rates are displayed in a number of different ways, so let’s go over those now.

Hash rates are expressed using terms that are familiar to anyone who understands computer data storage terminology. Terms like mega, giga, and tera are what’s most commonly used today when describing hash rates.

Starting at the bottom, a hash rate of 60 hashes per second means that the device will be able to compute and make 60 guesses per second in an attempt to solve a block.

One step up is the kilohash (KH/s), then megahash (MH/s), then gigahash(GH/s), then tera(TH/s), then peta(PH/s). Here’s a handy chart that explains how these hash rates are calculated.

Not all Hashes are Equal

If you compare a bitcoin mining device to one that is designed to mine, for example, Ethereum, you will notice a very large apparent difference in hash rates. This is because there are many different algorithms that cryptocurrencies use. They all require different amounts of memory and computing power in order to be mined.

To put it simply, bitcoin and its SHA256 algorithm is considered by today standards to be relatively easy to compute. As a result, a mining device that is still relevant today would need to produce hashes in the terahash range and up.

If we were to compare this to Ethereum, you’ll find that most modern Ethereum mining devices (typically GPU’s) operate in the megahash range. At first glance, you may think that the bitcoin mining device is significantly more powerful or more productive. While it’s true that it produces more hashes (of the SHA256 variety), this is because bitcoin hashes are easier to produce computationally. As a consequence, the network difficulty is significantly higher for bitcoin.

To make things even more confusing, some cryptocurrencies intentionally chose algorithms that can only be mined using a basic CPU. As a result, mining devices for this network that can produce hundreds of hashes per second are considered to be high and very competitive.

So what does all this mean? Basically, it means that looking at the hash rate alone doesn’t necessarily tell you the effectiveness of the miner. You also need to understand the network difficulty, and what the norm is for most mining devices for that particular cryptocurrency.

Now that we know that not all hashes are the same we need to know how to calculate the estimated profitability of a miner based on its hash rate.

For this, will need to use a mining profitability calculator, such as the one available here. 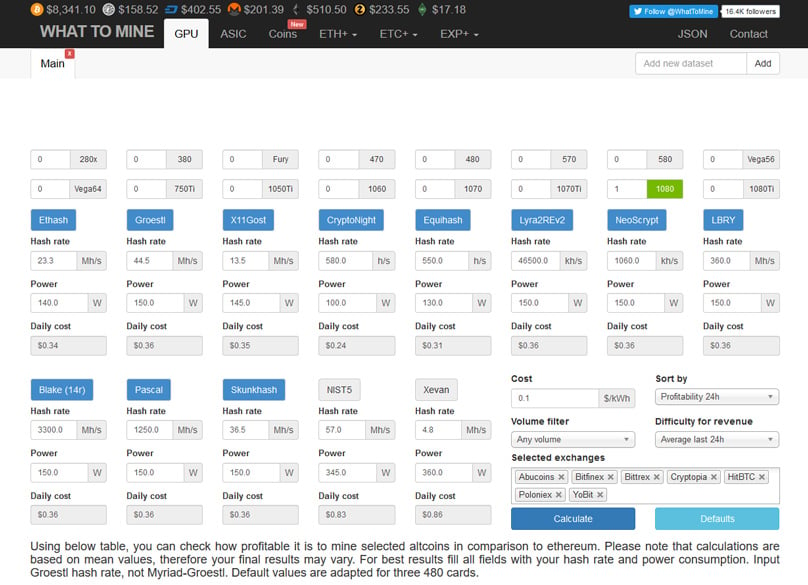 First, let’s take a look at bitcoin. Today, a typical modern bitcoin mining ASIC produces about 12 terahashes per second of mining power. At today’s difficulty, this means that such a mining rate will produce an average of 0.318 BTC per year. If the same 12 terahashes were used towards mining Bitcoin Cash (which uses the same mining algorithm as BTC) then you could expect to receive 2.7635 BCH per year. At today’s trading values, the difference is slight, but the BTC generated is somewhat more valuable.

Now let’s take a look at Ethereum mining. A decent GPU will get around 50 megahashes per second. Some will do more, and some will do less. If we assume 50 megahashes, then someone mining Ethereum could expect to earn 1.45 Ether per year. Many Ethereum mining rigs have seven GPU’s in them. If we assume seven GPU’s all at the same speed, then we would expect to earn just over 10 Ether per year.

A final and highly important component to consider when calculating mining profitability is the costs associated with the electricity used by the mining equipment. This is referred to as the efficiency of the miner.

In previous years, it was common to mine bitcoin using GPU’s. However, if you were to attempt to do so today, the amount of electricity you would need to spend in comparison to the hash rate you would receive would mean that your mining operation would be completely unprofitable. One of the reasons why ASIC miners are so popular is because they not only produce a higher hash rate, but they often do so at a lower relative energy cost per cash.

Hash rates are an important measure of cryptocurrency mining devices, whether they be ASICs or a laptop CPU. These numbers can be deceptive, however. So a bit more understanding is necessary in order to fully grasp the meaning behind hash rate.

Efficiency, or the amount of electricity used by the device in comparison to how much hash rate it has is an extremely important consideration. That is, if one’s goal is to be profitable. Or at least to have the cost and profits balance themselves out.