The Problems With Cryptocurrency Mining: Energy Use & Centralization

Proof-of-work mining has a few serious problems. Every day, networks like Bitcoin, Dash, and Litecoin become evermore centralized. Industrial-scale mining operations that burn through electricity have put the power to control the networks in the hands of just a few. Individual miners have to rely on mining pools to compete. But mining pools themselves also act as a force for network centralization. Mining is quickly becoming more of a problem than a solution. Even long-standing pillars of the community are speaking out against it. But a few young projects are working hard to out innovate these challenges, and each one has a different solution.

Bitcoin mining uses too much energy

You may have heard this argument before, but Bitcoin mining is consuming an increasingly large percentage of the world’s energy. Today’s estimates suggest that mining operations are now consuming as much or more electricity than the entire nation of Denmark. While it’s not enough energy consumption to cause a global catastrophe, it is quickly becoming a serious problem. 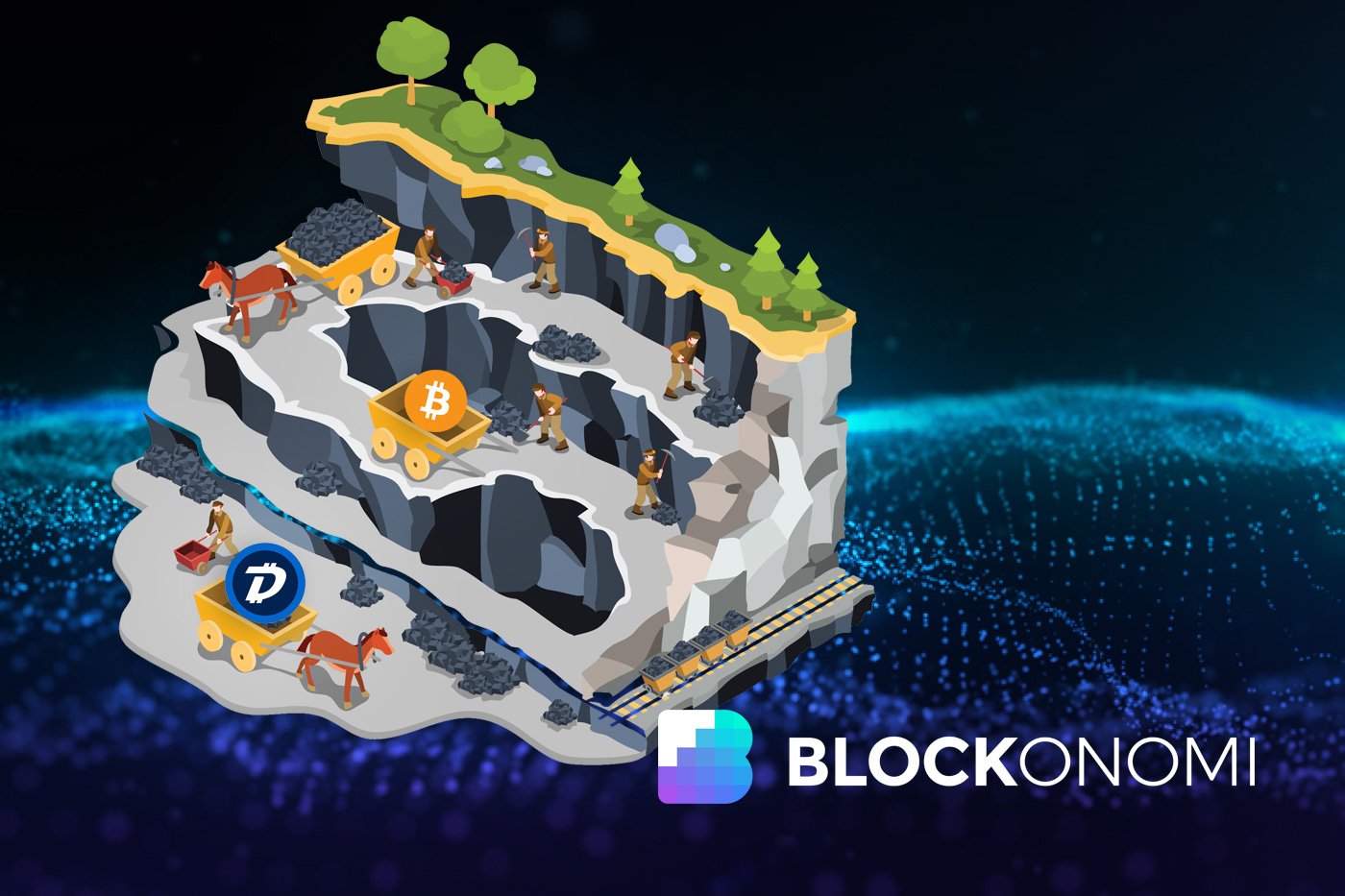 This is because Bitcoin mining is accomplished through running energy-hungry mining computers 24 hours a day. Each device, such as the Bitmain S9, consumes a steady stream of upwards of 1400W of electricity.

Most mining today is done by massive, factory-style operations. A popular destination for such operations is Iceland. The government of Iceland has warned that they are running out of resources to feed the endless demand for more energy for mining operations. In fact, they have stated that if they allowed every investor or company that wanted to start such an operation to do so, they would be totally unable to keep up with the demand.

The PIVX solution: Do away with mining all together

Not all cryptocurrencies require mining. PIVX, for instance, doesn’t use proof-of-work mining at all. Instead, it uses an advanced version of proof-of-stake. Basically speaking, instead of running energy intensive mining computers, anyone can buy and hold units of PIVX, and earn a reward for doing so. This is because when a user holds PIV in an online wallet, their computer will continuously stay up to date with the network and help propagate transactions and updates. 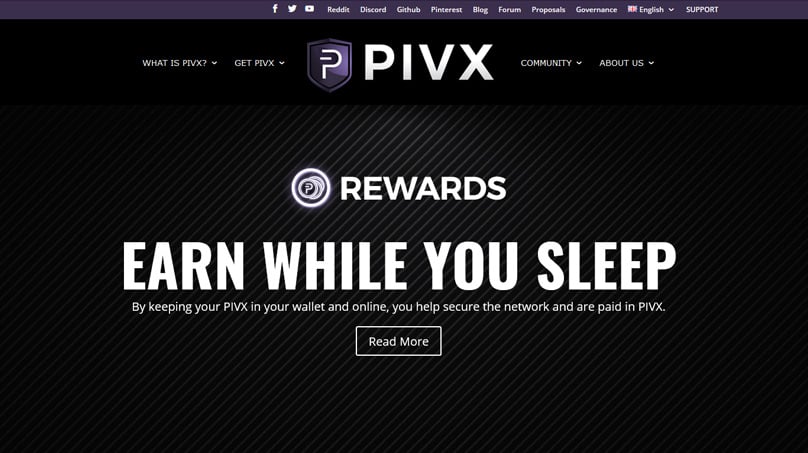 With PIVX, blocks occur every minute. In each block, a cryptocurrency reward is given to the winning staker that won the lottery-style draw for that block. This type of “mining” is preferable to Bitcoin style proof-of-work mining. That’s because it requires no more energy than just leaving ones computer on. It also doesn’t require any expensive (and quickly obsolete) custom hardware.

To put it simply, PIVX will never have an energy crisis because it will never need much energy at all. Estimates put the energy needs of the entire network to be somewhere around just one wind turbine.

The downside? Some argue that proof-of-stake currencies always release the same amount of coins or tokens at the same energy costs, regardless of market conditions. PIVX counteracts this by burning all transaction fees. This helps control the supply, but it’s still perhaps not a perfect solution.

The Spectre of Bitmain and the man behind it

Another popular location for large scale Bitcoin mining operations is China. This is because most mining hardware today is made in China. There are also several territories within the country that have comparatively cheap energy and infrastructure costs. 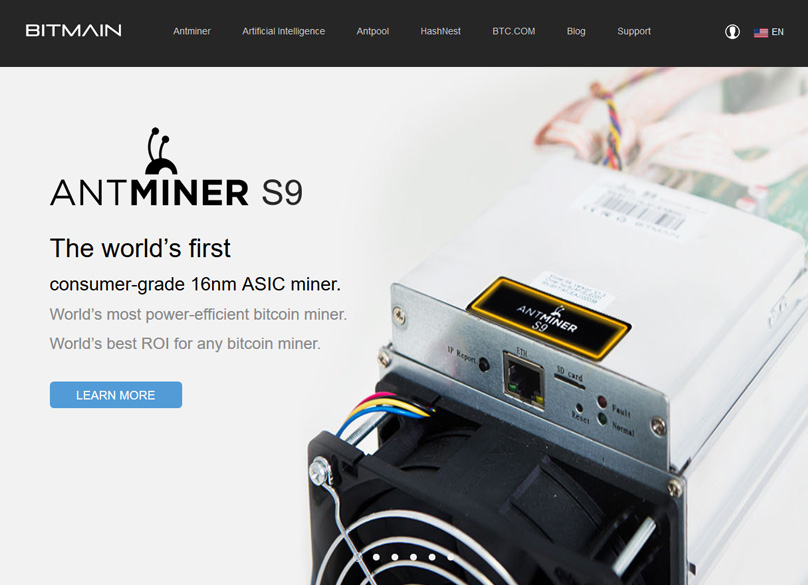 The biggest of these operations is run by the makers of most of the worlds mining hardware, Bitmain. Not only does Bitmain make the mining hardware that runs the majority of the network, they also set up cavernous mining farms with tens of thousands of machines.

In response to this, the co-owner of bitcoin.org and bitcointalk.org known as Cøbra released a paper outlining his concerns for the centralization of Bitcoin mining, and the risks that he feels Bitmain represents. Cøbra writes:

“More and more of the network hashrate is starting to become concentrated into the hands of one man [Jihan Wu] and his company [Bitmain]. The security of our network essentially depends on them acting honourably, and us being prepared to respond to it. They get more powerful each day.” 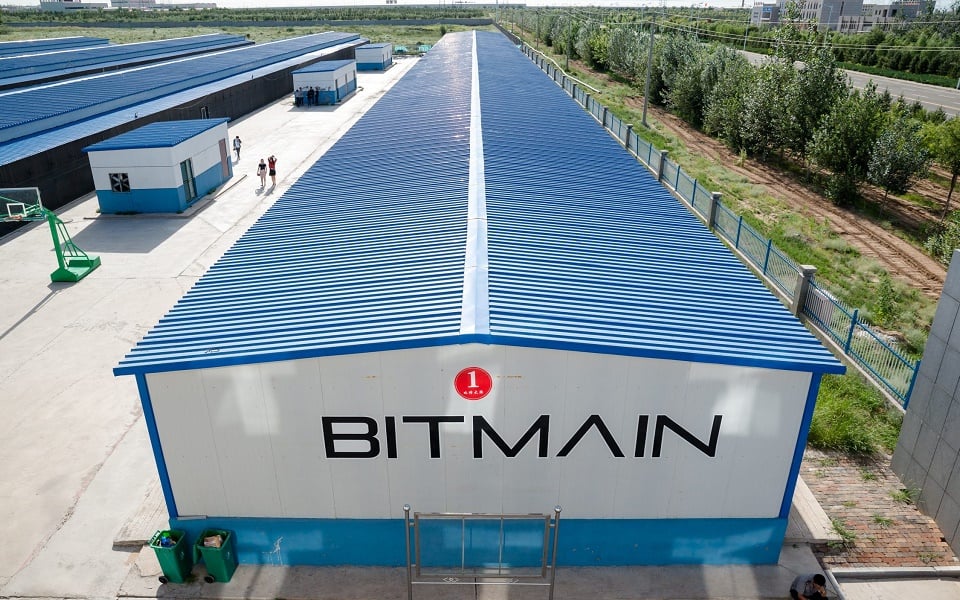 Further, Cøbra warns of potential political implications, saying: “[Bitmain is] in a position where the Chinese government can take over their equipment at any time; something they will no doubt do if Bitcoin grows enough to allow them to use their control of the hashrate to push a Chinese geopolitical agenda.”

DigiByte, an increasingly popular cryptocurrency project that’s been around since 2014 uses five different mining algorithms at the same time. This means that SHA-256, the algorithm of choice for Bitcoin miners, only represents up to about 20% of the network hash rate at most. 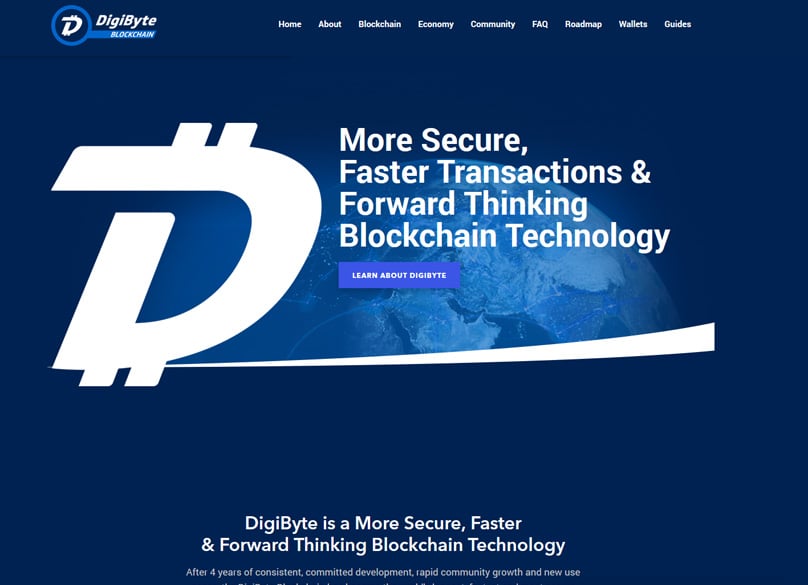 Jared Tate, the founder of DigiByte, confidently stated at the Texas Bitcoin Conference that if Bitmain were to turn all of it’s miners towards the DigiByte blockchain, they could never gain more than a small percentage of the network. The sudden jump in hashrate wouldn’t cause network difficulty issues because of DigiShield, a technology that can retarget difficulty almost instantly.

DigiByte may have protection from centralized mining. But it could still incur that large energy cost that is associated with proof-of-work mining. Although today, it’s nowhere near the energy consumption scale that Bitcoin mining sees.

With PIVX, on the other hand, these sorts of issues can never happen. The proof-of-stake model means that anyone with consumer level hardware and a few units of PIV can participate on the network. This leads to broad decentralization, and a much stronger resistance to attacks. Especially the kinds that rely on a single point of failure.

In PIVX, it is impossible for one person or one company to dominate the network. This is because network domination would require a massive majority ownership of almost all available PIV units. Nearly 99% of the supply according to estimates. And that just isn’t feasible or realistic.

The only argument against this type of network model from an economic standpoint is that wealthy individuals could control large portions of the network. As such, they could get the lion’s share of the rewards. Even so, such individuals still pose no threat to the network itself.

For those cryptocurrencies that are lucky (or unlucky) enough to have ASIC miners, the centralization of proof-of-work mining seems to be an inevitability. Today, Bitcoin mining is done almost exclusively by centralized entities. These entities include large mining operations, as well as mining pools that conglomerate the resources of many small miners into a single mining entity.

While the topic of mining centralization may be controversial to some, it is a simple truth that the more centralized something becomes, the easier it is to shut down. Centralized services are also far more vulnerable to attack, such as the classic 51% attack that experts have been warning about for years. 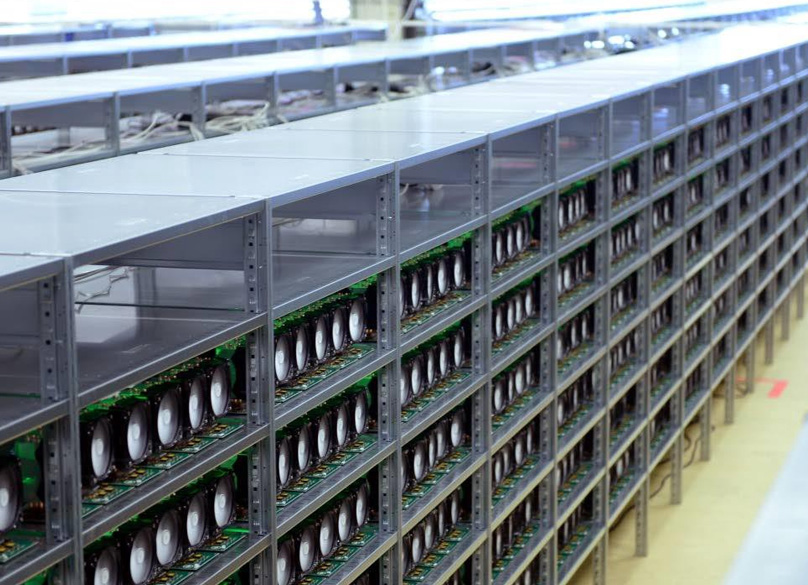 The popular cryptocurrency Dash is facing such a threat now. According to mining pool operator P2Pool Mining, around 50% of all blocks on the Dash blockchain are being mined at just one single pool owned by Bitmain. While the pool provider is careful with its language, they suggest in no uncertain terms that having so much of a single networks mining occur in one spot is dangerous.

In the P2Pool Mining statement, they suggest that the issue began to develop shortly after the launch of a Bitmain created, Dash compatible X11 ASIC miner was released. Specifically, the Antminer D3.

Mining centralization can be such a problem that some proof-of-work based cryptocurrencies take great care in designing their networks to be ASIC resistant, or even ASIC proof. But given enough incentive, it seems likely that ASICs could be developed even for currencies that are supposedly designed to resist them.

Litecoin, for example, was designed to use the Scrypt algorithm so that Bitcoin ASICs could not mine it. However, Bitmain eventually developed a Scrypt compatible ASIC miner, the Antminer L3.

In the case of PIVX it is effectively immune to the interference of ASIC mining devices. DigiByte finds it’s immunity through DigiShield and by divvying up network rewards by algorithm. Other projects like Vertcoin have also so far been successful at preventing ASIC development, but it’s difficult to say if ASICs for their algorithm of choice won’t eventually exist.

Luckily for PIVX and other currencies like it, there is simply no way to create an ASIC miner for a proof-of-stake protocol.

Summing it all up

So what does all this mean? Cryptocurrencies like Bitcoin, Litecoin, and Dash are facing a growing problem. That being, rising energy costs and usage, the centralization of mining. Not only that, but also a company that has a virtual monopoly on nearly all ASIC mining hardware.

PIVX was created with a few goals in mind. One of the most important goals among them was to make a cryptocurrency network that was as maximally distributed, decentralized, and consequently as secure from attack as possible. In the last year, the PIVX team has even added some serious privacy features. This puts it on par with other privacy coins, and in many ways even surpasses them. Not only that, but PIVX is the only cryptocurrency today that has both serious and secure privacy features, as well as proof-of-stake mining. 2018 is going to be a major year for PIVX as dozens of new features are slated to come out.

DigiByte has seen steady growth this year. It’s team has been working hard to promote it’s advantages at conferences and in interviews. While it still relies of proof-of-work, it at least, has protections from centralization and 51% attacks. They also are largely insulated from the potential influences of Bitmain. Their tech is also highly adaptable and being implemented in a number of other projects. 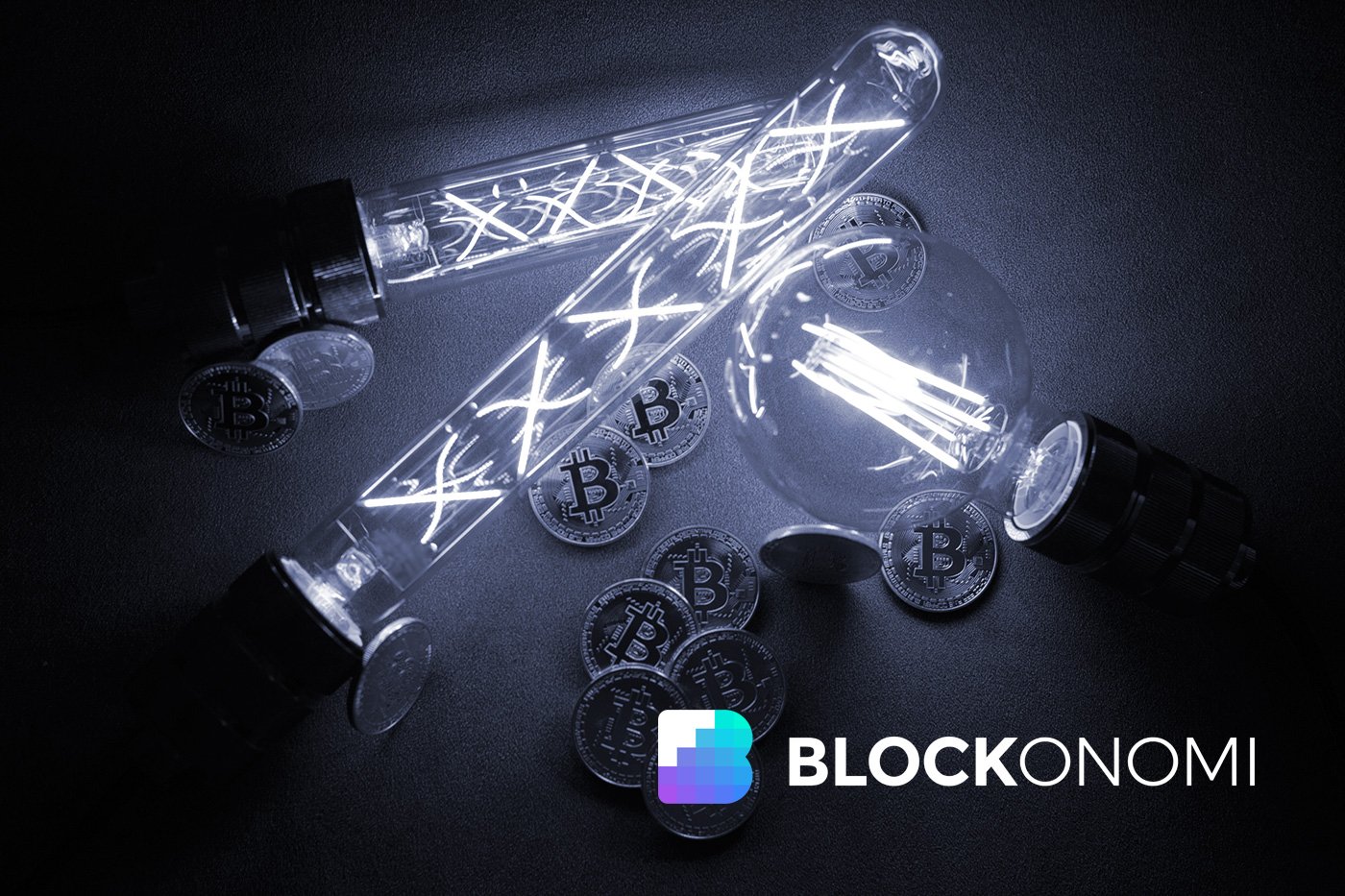 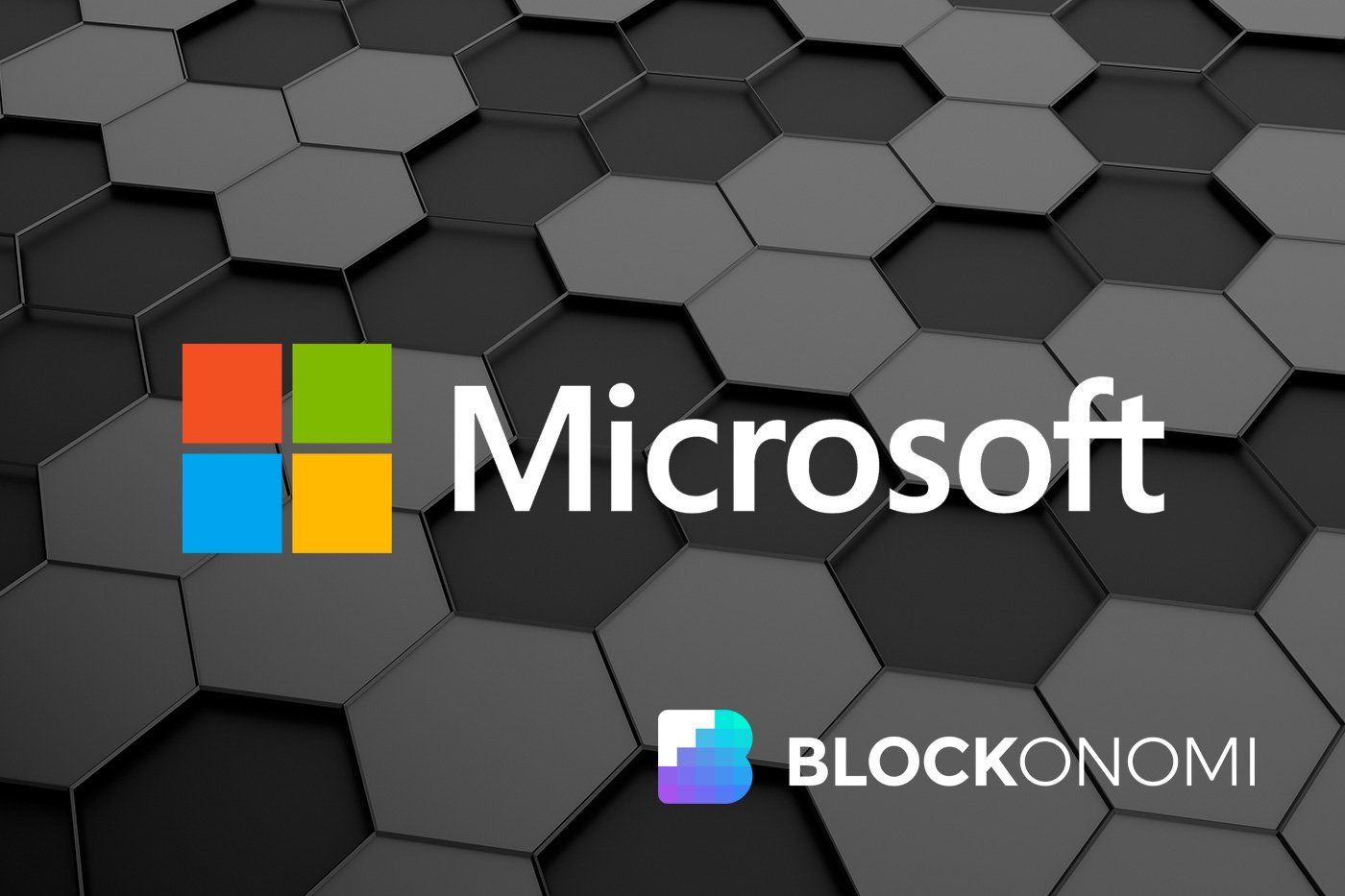 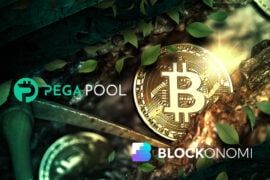