A recent CBS News report highlighted how Bitcoin mining was responsible for generating an annual level of energy consumption that was higher than 159 countries.

As such, a contentious conversation ensued. Is this level of consumption irresponsible, amoral, or absolutely worthwhile? If you’re an outsider looking in, you likely lean toward the first outlook. And if you’re a cryptocurrency enthusiast, you obviously lean toward the latter perspective. 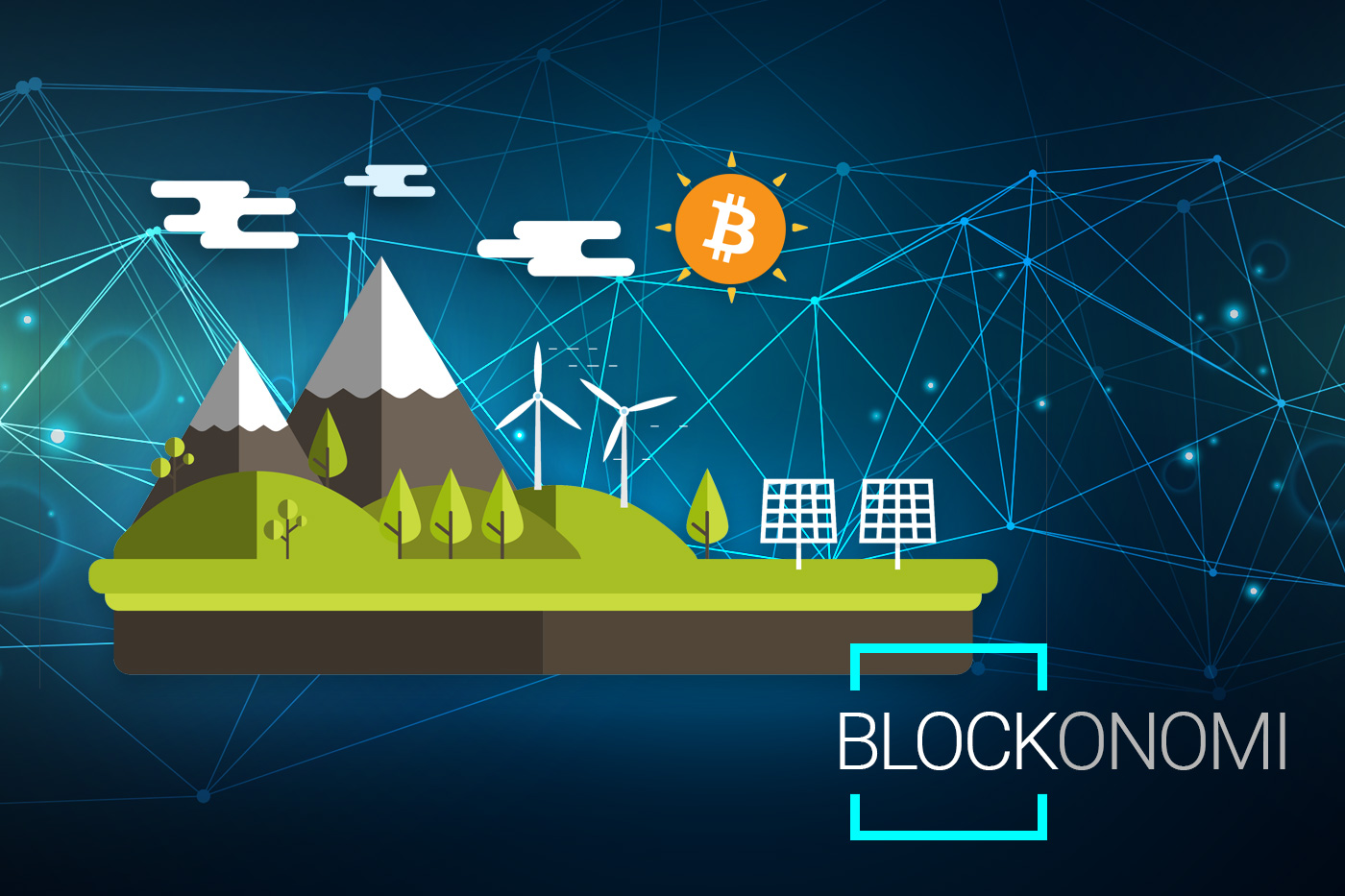 And with the fossil fuel use coming under scrutiny like never before under the specter of climate change, this debate has taken on added significance.

Let’s get you up to speed so you can make up your own mind on the matter.

Getting Started: The Digiconomist Index

The Digiconomist “Bitcoin Energy Consumption Index” is a commonly touted resource that many point to as being a key aggregator of stats pertaining to the Bitcoin network’s energy use.

Let’s walk through some of its major implications, at least as the situation stands at press time.

As it stands, the Bitcoin network is set to reach the annual energy consumption rate over 31 TWh of electricity, with no signs of slowing down any time soon. Indeed, as you can see from the chart above, this consumption rate has been climbing consistently as of late.

Other key stats of note from the index:

As you can see, then, the Bitcoin Boom is big business that takes a lot of energy.

The Bitcoin network’s surging use in recent months has catalyzed its consumption levels vaulting up into proportions one might expect from a nation-state, not a digital P2P (“peer-to-peer”) cryptocurrency.

At the time of publication, Bitcoin comes in as the world’s 63rd largest energy consumer, between Morocco (64th) and Serbia (62nd):

And with the mainstream popularity of Bitcoin seemingly reaching critical mass in Q4 2017, the #1 cryptocurrency’s network is set to continue to climb up the international energy consumption leaderboard in 2018 — perhaps even exponentially so.

Bitcoin’s Ability To Power U.S. Houses Used As An Example

To make the whole situation more immediately understandable, some people frame the Bitcoin network’s energy use through how many U.S. households such use could power.

Likewise, then, a single bitcoin transaction currently requires the same amount of energy it takes to power more than 8 American households for an entire day.

These numbers are pretty steep as it stands, and many are pointing to them in alarm; a sentiment’s growing in mainstream circles that Bitcoin is environmentally antagonistic.

It’s a bad rap that the Bitcoin community certainly doesn’t want to be contending with right now — not with the scaling debates and governmental regulatory developments already ongoing.

So What’s The Root Of This Consumption?

One thing: the Proof-of-Work (PoW) consensus algorithm. It’s PoW that makes Bitcoin figuratively go ’round, as it were.

To get down to the basic of it, the PoW model of Bitcoin makes it so that miners have to expend an incredible amount of energy in pursuit of winning rewards for generating blocks. 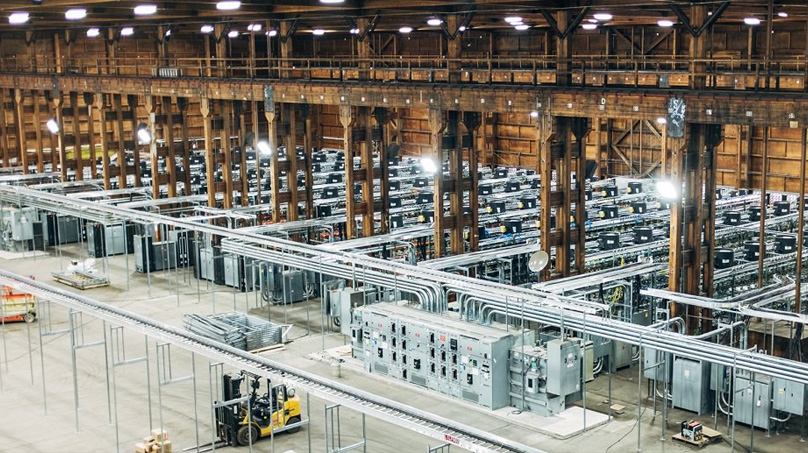 But is this whole conundrum really as bad as it seems?

There are rebuttals that make the BTC energy debates far from shut and closed.

One scathing critique against Bitcoin recently came from the New Republic, wherein one writer argued that “Bitcoins are contributing to the warming of the atmosphere without providing a significant public benefit in return.”

Now, one could fairly argue that Bitcoin hasn’t provided a significant public benefit yet, but the keyword here is “yet,” and even still, what is and isn’t a public benefit is fairly subjective.

Is a great tool not a great tool because not many have realized what it can do yet? Of course not. There logic in that line of thought is utterly untenable.

And it only takes a few minutes of lectures from Bitcoin scholar Andreas Antonopoulos to know that Bitcoin is not only just a great tool. Rather, it’s a once-in-a-generation disruptor that will go down in history alongside the printing press and the Magna Carta as among the most indomitable hallmarks of human achievement.

That’s because the Bitcoin ledger is the first of its kind, through which value, even ideas, can be transacted person-to-person, trustlessly, permissionlessly, and resistant to any censorship – no third-party middlemen required.

That is personal liberty the likes of which humans have never had before. And that’s not even getting into all the widespread wealth that cryptoeconomics are going to create in general.

So if it takes high energy consumption to power this “significant public benefit” into the future, then arguably it is an exchange that is worthwhile.

But another rebuttal to be made is that there are loads of other industries or entities that use massive amounts of energy, and thus the hyperfocusing on BTC’s energy consumption is just a PR hit job, more or less.

And now that Bitcoin is ranked in 32nd place as the global currency backed by the most physical money, perhaps it’s not so ridiculous it uses so much energy in the first place. To that end, how much energy does it take to print all the fiat currencies in the world? Not a question people usually wonder.

The alternative to Proof-of-Work is Proof-of-Stake, wherein stakers simply hold coins in specialized wallets to guarantee blocks as opposed to how miners generate blocks through mining.

The environmental advantage of PoS would be that it wouldn’t incentivize the use of massive amounts of electricity, as Bitcoin mining operations currently do. This would cut down on fossil fuel consumption, which would help stymy climate change and so forth.

So could Bitcoin switch to PoS? It could in theory.

Will it anytime soon? Not a chance.

The technical difficulty of switching Bitcoin from PoW to PoS would be a major pain in the you-know-what. It could happen in the future, but so could a lot of things. For now, such a development seems highly unlikely.

The problem right now is that most energy used in the world is provided by fossil fuels, which are terrible for the environment.

But if renewable energy sources like wind, solar, and hydro solutions were more ubiquitous, then Bitcoin miners could use as much energy as they wanted without posing any kind of environmental problems whatsoever. The energy it would be relying on at that point wouldn’t be being harvested in a way that’s destroying the planet in a generally comprehensive manner.

The answer ahead, then, lies in low-impact energy sources like the ones found in the renewable energy field. The rise of renewable energy may be the saving grace of Bitcoin when all is said and done. We’ll just have to wait and see for now.