The U.S. Internal Revenue Service (IRS) has updated its crypto taxation guidelines five years after the first publication on virtual currency taxation. This time around, the U.S. tax agency included guidelines on hard forks and airdrops.

With the new guideline comes reactions from different people in the cryptocurrency community. While some believe that the new IRS crypto taxation guideline provides little or no clarification compared to the first tax laws, others think that though the IRS clarifies some issues, its new virtual currency tax laws create room for more questions. 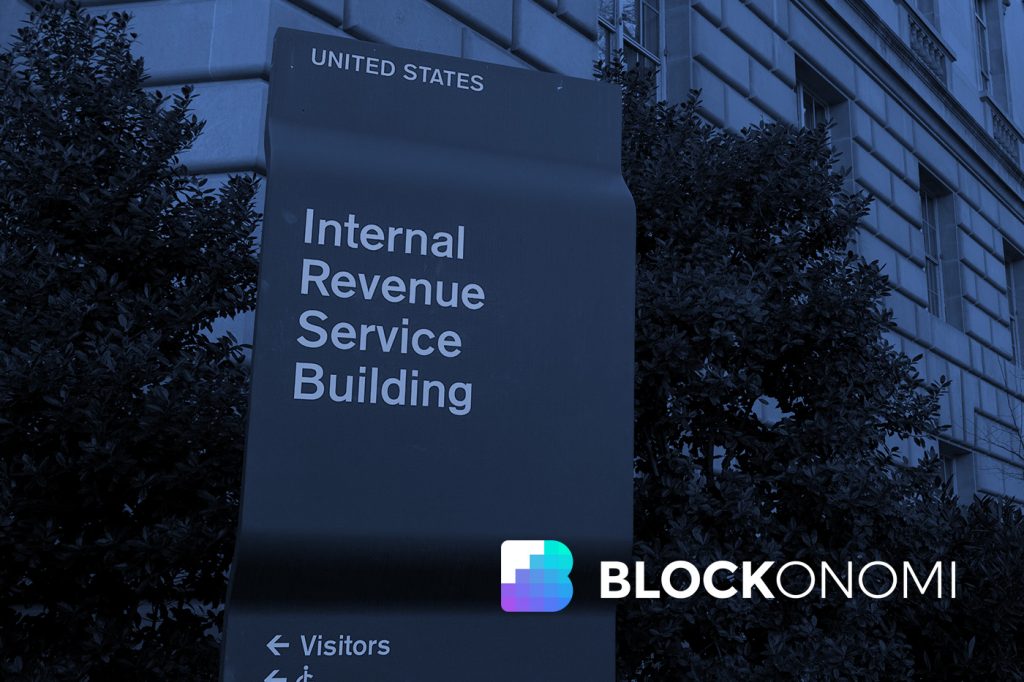 According to a Blockonomi report in May 2019, the IRS had stated that new guidance on crypto taxation was coming soon, in response to a request by the Congressional Blockchain Caucus. The caucus asked the IRS to provide additional clarification on virtual currency tax reporting, an issue that had been a cause for concern for American crypto users.

Almost five months after, virtual currency users are now presented with a new crypto taxation guideline. In a question and answer document published on Wednesday (October 9, 2019), the tax administrator expanded its cryptocurrency tax laws for U.S. crypto users, to include taxes on digital coins gotten from hard forks and airdrops.

Per the new guideline concerning hard forks, The IRS stated:

“If your cryptocurrency went through a hard fork, but you did not receive any new cryptocurrency, whether through an airdrop (a distribution of cryptocurrency to multiple taxpayers’ distributed ledger addresses) or some other kind of transfer, you don’t have taxable income.”

The document, however, states that if the holder receives new coins, it makes the person liable to taxable income. This implies that the tax liability, without warning, falls on the holder of the digital currency.

Just to be clear:

The concerns that this could allow anyone to create a massive tax liability for other people by simply forking or airdropping a coin are totally valid.

This is not good.

Marco Santori, the President and Chief Legal Officer at Blockchain, in a tweet thread, asked some salient questions regarding the issue of forked coins.

Why would forked coins get airdropped post-fork?

If they were, who would do the airdropping?

Why would they be airdropped to an "account" owned or controlled by the recipient?

What could the airdrop have to do with the fork?

On calculating income from coins received during hard forks, the IRS said that the coin is taxable as long as it is recorded on the blockchain and the taxpayer has “dominion and control over the cryptocurrency so that you can transfer, sell, exchange, or otherwise dispose of the cryptocurrency.”

While the issue of taxing forked and airdropped coins has caused outrage in some members of the crypto community, many opine that the IRS used the terms “airdrop” and “hard fork” wrongly. Some commenters stated that the U.S. tax agency still hasn’t understood the cryptocurrency industry, with many others largely faulting the tax administrator’s logic on hard forks.

On the other hand, regarding soft forks, the IRS stated that since no new coins are created, no tax is required.

The IRS guideline on cryptocurrency tax laws first came out in 2014. Known as the “Notice 2014-21,” the guideline classifies cryptocurrency as “property”, but stated that taxation applies “convertible” cryptocurrency like bitcoin that can be exchanged into fiat currency.

Furthermore, when a U.S taxpayer is paid cryptocurrency for goods sold or services rendered, such a taxpayer must include its fair market value (FMV) at the time of receipt. This would be calculated using U.S. dollars. The onus lies on the taxpayer to do the reporting to avoid the accusation of tax evasion and thereafter, face penalty.

Miners were also not exempted from the tax laws, as the IRS stated that the block reward received by the miner is subject to gross income.

The IRS long after the 2014 crypto taxation guidelines, has hammered on accurate reporting and warned sternly against tax evasion, not minding that the laws weren’t clear enough.

Back in July 2019, the U.S. tax agency dished out warning letters to over 10,000 cryptocurrency users, informing them to properly report their cryptocurrency activities. The tax agency later enforced warnings against Bitcoin tax evasion.

Crypto Taxation in Other Countries

More jurisdictions are paying attention to bitcoin and other cryptocurrencies, even though most countries are still grappling with understanding the market. Her Majesty’s Revenue and Customs (HMRC) of the United Kingdom, released a supposedly robust framework on tax for crypto investors.

Part of the crypto laws states that investors who purchase tokens and keep them till their values increase would pay capital tax gains upon sale of such tokens.

Japan’s tax agency, on the other hand, is reportedly looking for bitcoin tax evaders. Singapore published a draft law that exempts bitcoin and other virtual currencies from the country’s Goods and Services Tax (GST).