Despite what some say, Bitcoin, Litecoin, and other popular cryptocurrencies are hard to use in brick and mortar stores. Few stores accept digital assets natively.

But more importantly, the solutions that convert crypto to fiat on the fly are often blocked in many nations, hard to obtain, and charge high fees. The Litecoin Foundation, the Singapore-based group behind much of LTC development and adoption, is looking to change this though. 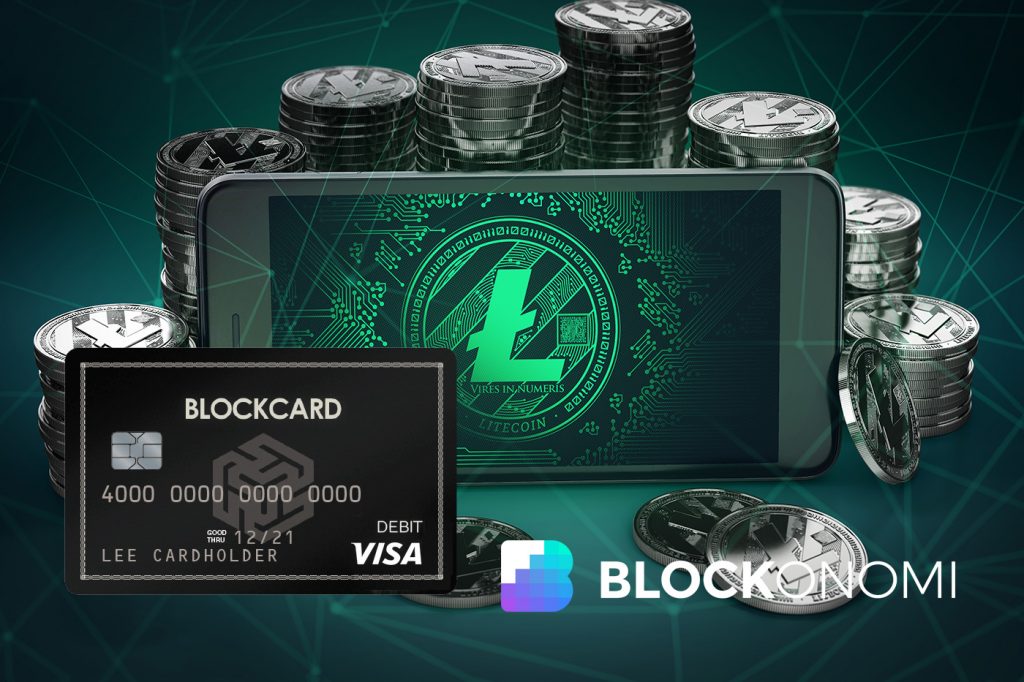 Announced Tuesday via a press release, the Litecoin Foundation and two crypto industry partners, Bibox Exchange and Ternio, will soon be releasing the “Litecoin BlockCard”.

This product, which will take the form of a classic debit card, will allow its users to spend LTC, Bibox Token (BIX), or Ternio (TERN) either online or in physical stores, as long as those merchants accept plastic.

Through this collaboration, Ternio, an “enterprise-grade blockchain technology” startup, will provide its BlockCard technology; Bibox is offering cryptocurrency exchange and a security solution for assets loaded on the card; the Litecoin Foundation is presumably offering a chance to push the adoption and usability of the product.

The BlockCard will first be released to United States clients, which many find goes against the anti-crypto regulatory trends in the nation, and then to customers abroad at a later date.

To use this payment medium, users will purportedly have to load their LTC, BIX, and TERN onto LoafWallet, the official go-to Litecoin wallet. Litecoin founder Charlie Lee said the following on the new venture:

“This is an exciting partnership for us as it furthers the Litecoin Foundation’s mission to create more use cases for spending Litecoin in everyday life.”

Bibox co-founder Aries Wang echoed this excitement, expressing in the release that BlockCard will give “consumers more options to spend cryptocurrency with unprecedented ease”.

This comes as Coinbase, one of the world’s largest cryptocurrency companies, has expanded its debit card offering into five new regions. As reported by Blockonomi previously, the Visa debit card, which can be funded via Bitcoin, Ethereum, and other Coinbase-supported digital assets, can now be used in France, Germany, Italy, and other notable European countries after the initial rollout in the United Kingdom.

Zeeshan Feroz, the chief executive of Coinbase’s U.K. division, explained in a comment that he intends to bring the product to the United States eventually. For those unaware of how it works, here’s Feroz to explain:

“Customers can use their card in millions of locations around the world, making payments through contactless, Chip and PIN, as well as cash withdrawals from ATMs. When customers use their Coinbase Card, we instantly convert crypto to fiat currency, such as GBP, which is used to complete the purchase.”

Interestingly, Coinbase Card doesn’t natively interact with Coinbase.com or the firm’s flagship application, but through another app,  “which enables customers to select which of their crypto wallets they will use to fund their spending.”

Across the pond, Flexa, a crypto payments solution partnered with the Winklevoss Twin’s Gemini, recently launched their flagship product — Spedn. An evident play on industry inside joke “HODL”, Spedn allows users to spend assets like Bitcoin, Ethereum, and Gemini’s stablecoin (GUSD) in stores from Amazon’s Whole Foods to Bed, Bath, & Beyond.

It is unclear how far the adoption of this product has come so far. Regardless, it’s great to see crypto find further adoption as time goes on.