NFTs are getting a lot of attention, and the amount of power that is used by Ethereum is also making some heads turn. People are looking for other ways to enter the NFT space, and Mike Tyka has opted to use the Tezos NFT marketplace, called Hic et Nunc, which translates as “Here and Now.”

The Tezos blockchain uses a Proof-of-Work mechanism, which is both cheaper to use, and also less energy-intensive. The NFT marketplace for Tezos was created by a Brazilian named Rafael Lima. Tyka has used it to showcase his latest collection of AI art, called “Portraits of Imaginary People.’’

Tezos Has the Advantage of PoS

Unlike many of the first-generation blockchains, Tezos uses a PoS architecture, which avoids the massive use of energy that both Bitcoin and Ethereum both have at the moment.

Tyka expanded on this issue,

“Minting NFTs using Ethereum would wipe out years of trying to reduce my personal climate footprint at the click of a button. After discovering some recommended alternatives, I felt that if I’m going to enter this space, I want to support what I see as the only practical and ethical future of NFTs. Seeing that many artists in this space whose work I love, including Mario Klingemann, Joanie Lemercier, and Helena Sarin have already started to mint and successfully sell their work on hicetnunc.xyz, I was excited to make a drop there. I look forward to exploring more upcoming PoS marketplaces.”

While the green aspect of PoS architecture, is clearly important, it is also generally a cheaper option as well. Ethereum gas fees have exploded in 2021, which has been a hindrance to both inexpensive NFTs, and also DeFi platforms that were designed to deal with small amounts of value.

The devs that work on Ethereum have recognized this issue, and one of the major improvements of ETH 2.0 will be a PoS system that eliminates the issues of PoW. For the moment, however, ETH is still a PoW platform and is both expensive to use, and also energy-intensive.

The relatively slow development process of the ETH 2.0 upgrade has led to the need for faster solutions, like the Hic et Nunc marketplace.

“My motivation in developing Hic et Nunc is to make blockchain accessible. Many people are able to swap NFTs by decentralized means, sometimes for the first time. One of the main objectives is to be a seed for people to experiment with alternative creative and economic models. Hic et Nunc means ‘here and now.’ The main idea has been experimenting with creative economies right now as an alternative, also to the traditional “DeFi” [decentralized finance] mode of thinking.”

Lima has no doubt created a viable solution for anyone that wants to issue NFTs, and not have to deal with the current drawbacks of Ethereum. As the ETH 2.0 upgrade progresses, this advantage will likely wane, although the full rollout of ETH 2.0 may take years.

NFTs and AI are opening up a whole new world to artists, and also to art collectors. Unlike traditional artwork, many NFT-based art pieces have no physical presence, which makes security and transport much easier.

However, the field of NFT-based art is still very new, and unlike physical artworks, NFTs may or may not be able to maintain their popularity over the coming years. 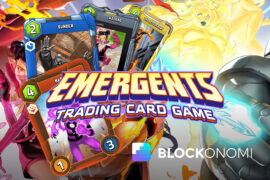 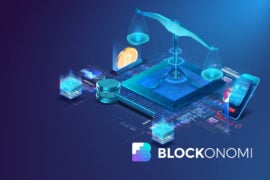