QuarkChain is a secure, permission-less, scalable, and decentralized blockchain. One of the goals of QuarkChain is to utilize sharding technology to deliver over 1 million transactions per second (tps). Essentially, QuarkChain markets itself as a peer-to-peer blockchain with a high capacity throughput to help deliver fast and secure decentralized applications. 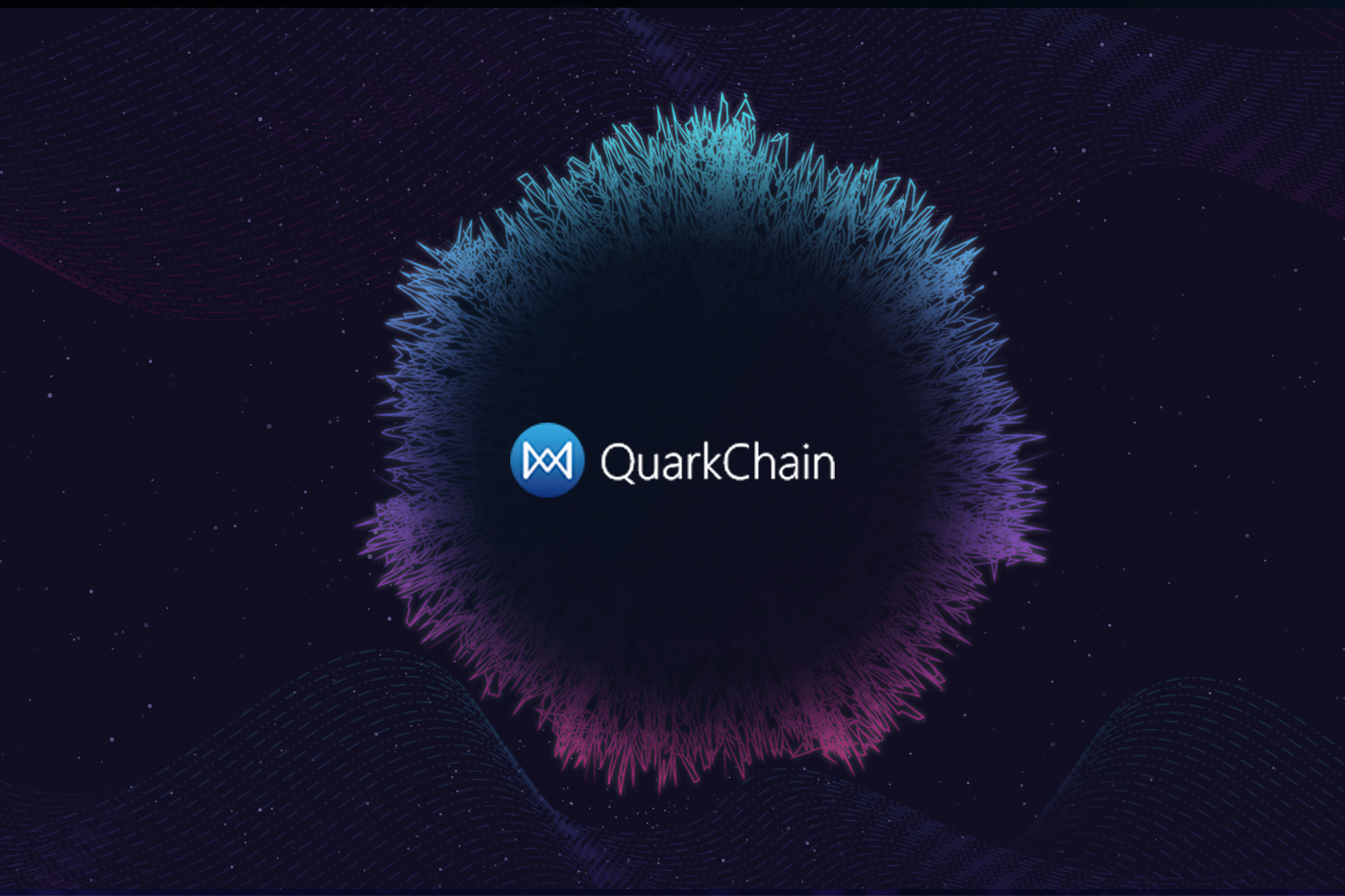 The team behind QuarkChain created this blockchain to resolve the issue of scalability that all the major blockchains are currently facing. The team feels that because of the urgency of this issue, the Bitcoin community simply cannot afford to wait until they all agree on a solution. Instead, they feel that by offering different solutions, such as the one inherent in QuarkChain, this compels the community to split via a hard fork and find the solution that works best.

How Does QuarkChain’s Scalability Compare ?

As mentioned, QuarkChain relies on sharding technology that lets it provide more than 1 million tps. By comparison, Bitcoin 1.0 only provides 4 tps and Ethereum 2.0 only has 10 tps. Even Visa only had 65,000 tps as of August 2016.

The main reason for QuarkChain’s high scalability and tps is its use of sharding in conjunction with the core blockchain values, like security and decentralization. The team behind QuarkChain includes members with experience on projects like Google and Facebook, giving them the experience to work on developing large-scale distributed systems. This, in turn, provides knowledge of the ways to offer scalability in centralized systems, which the QuarkChain team can then apply to their decentralized system. 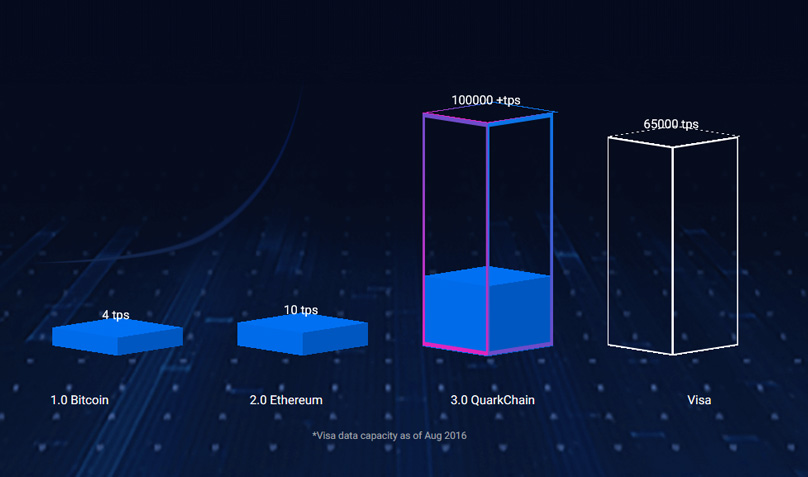 In the FAQ section, QuarkChain addresses other projects that have already achieved an impressive tps, explaining that this is not the only measurement to include when looking at a network. The team points out that the ongoing projects that claim a high tps, such as Alipay, must make sacrifices in terms of security and decentralization to achieve that scalability. QuarkChain stands out from these projects with its ability to get the scalability of high tps without sacrificing security or decentralization.

What Else Makes QuarkChain Different?

Weak miners are encouraged to directly mine without becoming part of a mining pool. QuarkChain developed an incentive framework that utilizes game theory. Within this framework, hash power is incentivized for equal distribution among the shards.

Additionally, QuarkChain encourages increased decentralization through multiple cheap nodes that then create a cluster that works as a super-full node. This prevents the high expenses associated with super-full nodes when the tps gets high.

In terms of protection, all transactions within QuarkChain get the protection of 50 percent of the network’s hash power. This makes a double-spending attack incredibly challenging, particularly when combined with QuarkChain’s decentralized nature. 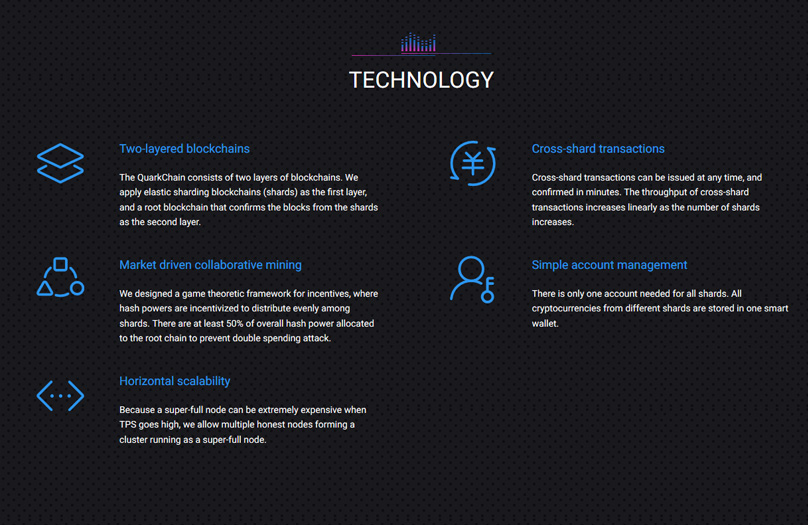 QuarkChain relies on a two-layer blockchain structure. Sharding blockchains known as shards are the first layer, while the second layer is a root blockchain that confirms the shards’ blocks.

How Can the Community Get Involved with QuarkChain?

QuarkChain actually offers multiple ways for those interested in the project to become involved in the community. The testnet became available in May 2018. Prior to this, it found 100 volunteers in the community to participate in the beta invited test. It welcomed all candidates that have blockchain programming experience plus a strong technical background.

QuarkChain tokens are known as QKC and are ERC-20 compatible tokens that are distributed via the Ethereum blockchain. Following the launch of the QuarkChain mainnet, premining will turn these QKC tokens into the mainnet’s tokens. In the future, miners will produce QKC tokens.

How to Buy QuarkChain QKC Tokens

You are not able to purchase QKC with “Fiat” currency so you will need to first purchase another currency – the easiest to buy are Bitcoin or Ethereum which you can do at Coinbase using a bank transfer or debit / credit card purchase and then trade that for QKC at an exchange which lists the token.

Once you have purchased Ethereum, you can trade for QKC tokens at the following exchanges:

What Types of dApps Will QuarkChain Support?

A key part of any blockchain is the dApps that it supports. QuarkChain Network openly welcomes a range of dApps, with a focus on those requiring high transaction rates. Examples include dApps related to advertisement, big data, AI, IoT, peer-to-peer sharing economies, and games. QuarkChain feels that it will be the perfect solution for the range of dApps today that are on hold while waiting for a blockchain network with the scalability they need to reach their potential.

The major work on QuarkChain began in Q2 2017 with research into the problem of blockchain scalability. In Q4 of that year, the team drafted the whitepaper. In February 2018, it released the white paper and completed verification code 0.1. March 2018 saw the 0.1 versions of both the wallet and testnet. 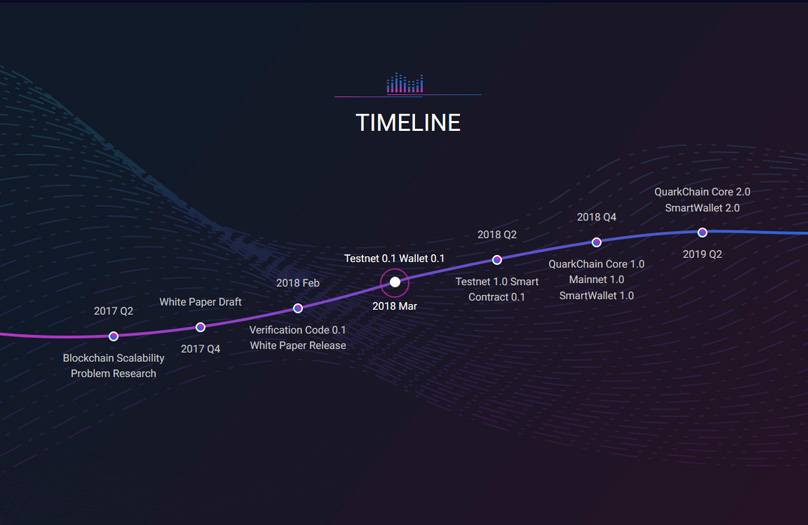 QuarkChain is a decentralized blockchain network that aims to resolve the issues of scalability that plague existing networks by using sharding technology. In this way, QuarkChain can dramatically extend the usefulness of blockchain technology since many applications are limited by the scalability of existing blockchain networks. The project is still in progress, but QuarkChain has already made many positive steps and already began invite-based beta testing for the testnet, showing significant progress and potential. 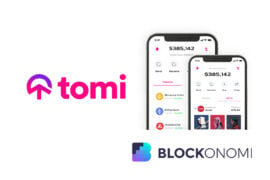 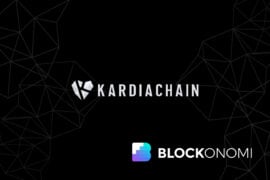