The crypto space can be frustrating for newbies, especially with the amount of techspeak that gets thrown around. SegWit, which means Segregated Witness for short is one of those daunting terms that frequently shows up in discussions about bitcoin.

So what exactly is SegWit? It is a solution to the bitcoin scaling debate. Bitcoin has seen rates of adoption that have exceeded all expectations. For Bitcoin to succeed as a payment method transactions need to be very quick and the costs in sending transactions low. Unfortunately, at the moment the opposite is true. This gives critics of bitcoin much needed ammunition to validate their views that bitcoin cannot be used as a payment method on par with traditional banking systems.

Some altcoins, in particular DASH, has created the InstantSend protocol that allows transactions to be sent very quickly through a masternode network. But let’s get back to Bitcoin. 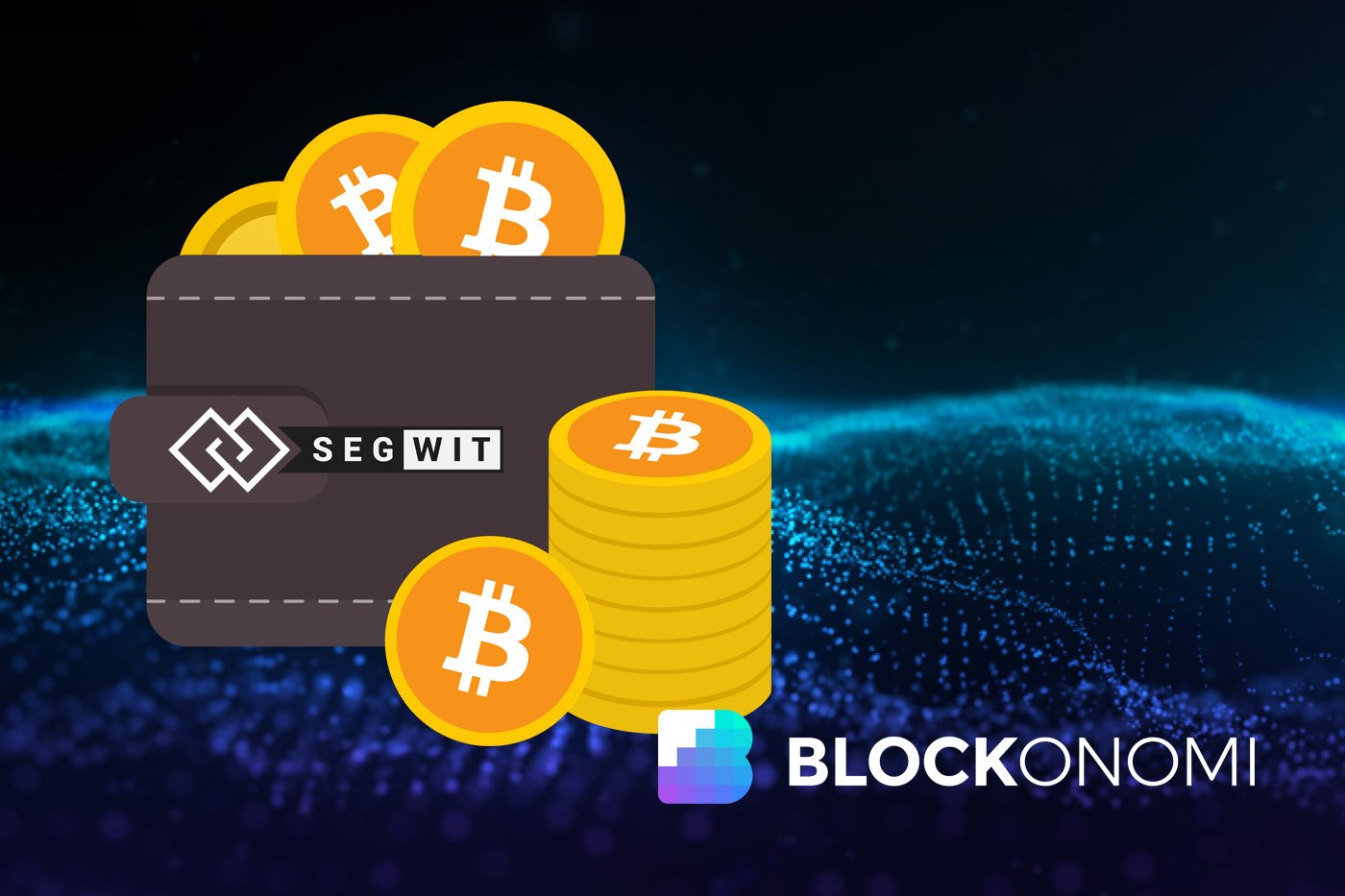 Improvements to bitcoin are suggested by community members in a Bitcoin Improvement Proposal (BIP) on Github. The SegWit improvement suggested that the bitcoin protocol separates transaction information from the witness structure. The witness structure is where miners and wallets agree that a transaction is valid and it is signed on the blockchain. This is called the consensus mechanism. Removing this information from the initial transaction means that a lot more transactions can be processed in every block. A block takes roughly 10 minutes to complete. The ideal is to get as many transactions into a single block as possible. Instead of increasing the block size this is seen by many in the blockchain community as the best way forward.

Can I Still Use My Normal Bitcoin Wallet Instead Of A SegWit Wallet?

Yes you can. These wallets will be known as legacy wallets and a still valid. All the transactions will be processed on the same blockchain. The only disadvantage is that you will still pay higher transaction fees. It is in your best interest and for the sake of the Bitcoin blockchain that we all adopt the SegWit technology improvement.

The biggest benefit of SegWit is the reduction of transaction fees by as much as 50% – 70%. SegWit enabled Bitcoin wallets allow users to select and customize their transaction fees. Usually it meant a compromise on performance but SegWit transactions are equally fast yet more cost effective as miners have to spend less time and energy mining blocks. This means the overall cost to process a single transaction comes right down. 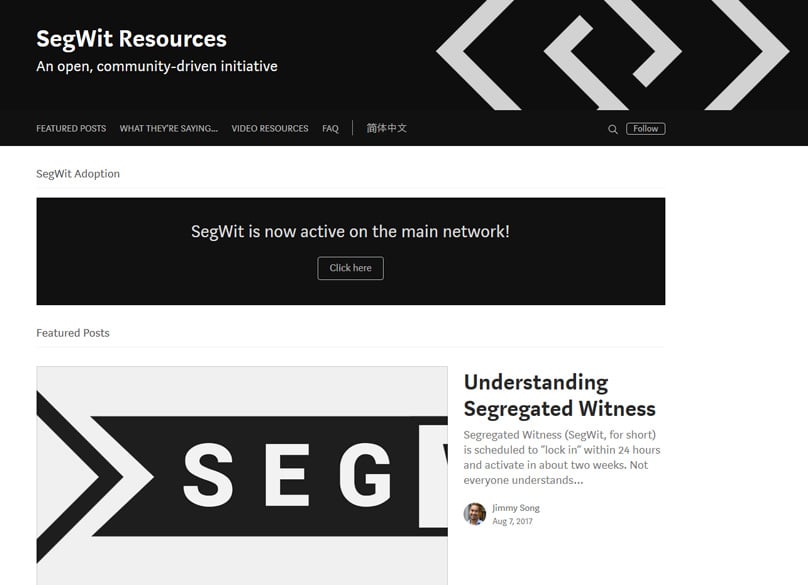 The benefits of using SegWit enabled Bitcoin wallets are clear. SegWit wallets have significantly lower fees compared to older, legacy Bitcoin wallets. The Bitcoin Lightning Network will also rely on SegWit. This second layer that is built on the Bitcoin blockchain will ensure near-to-instant payments and work with the SegWit protocol in Bitcoin. You can still send Bitcoin to any wallet address as both legacy and SegWit transactions are on supported on the same chain.

The Ledger Nano S stores Bitcoin, Ethereum and other altcoins (27 different coins in total). The SegWit capability is specific to Bitcoin transactions. These devices are the size of a flash drive and has a USB cable that plugs into the computer. It has an embedded OLED screen that can be used to check and confirm transactions. It also has a companion application to manage your cryptocurrencies or you can use a number of other popular wallet apps. Ledger hardware wallets have supported SegWit addresses from when it launched on the live bitcoin network. They are also quick to support forks of Bitcoin and Ethereum. Trezor is another Bitcoin and altcoin hardware wallet. The device can store Bitcoin as well as Litecoin, DASH and Zcash. You can also store Ethereum as the device has support for MyEtherWallet. One of the outstanding features of this wallet is that the device can be used as your two factor authentication (2FA). This means instead of a 2FA code that gets sent to your phone or email you simply have to insert the Trezor device and it authenticates the SegWit transaction. The Bitcoin Core client is available for a variety of desktop platforms. It runs on Windows, Linux and Mac OSX and supports SegWit since version 0.13.1. The installation setup will download the entire Bitcoin blockchain onto your machine so make sure that you have at least 145GB of hard disk storage available. If not for anything else, you should do this because your computer becomes a full node on the Bitcoin blockchain. 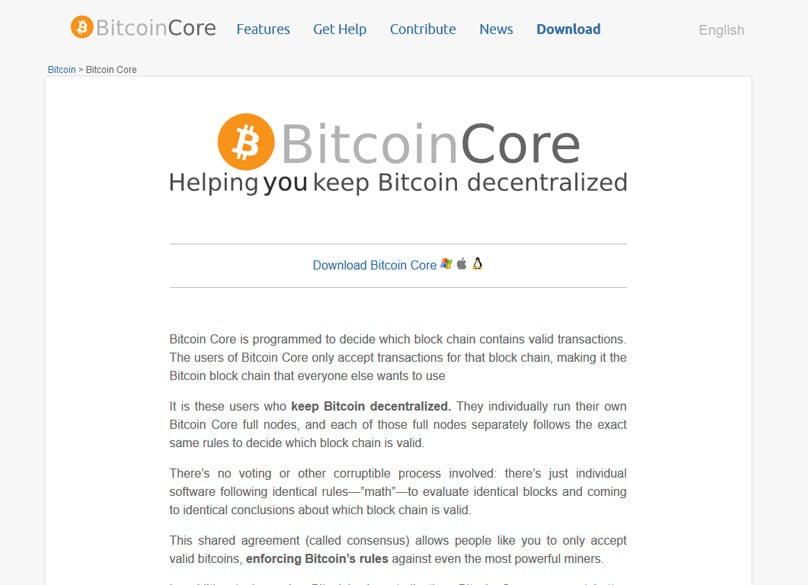 This is also a full Bitcoin client and creates a node that forms the backbone of the Bitcoin blockchain. It also offers very high levels of security and privacy as well as SegWit integration. It is very stable although it contains more cutting-edge features than are not included in Bitcoin Core. You can almost see this as the experimental arm of the Bitcoin Core project. It uses a lot more hard disk space and memory. It also supports Windows, Mac OSX and Linux. The source code is open and available to download. 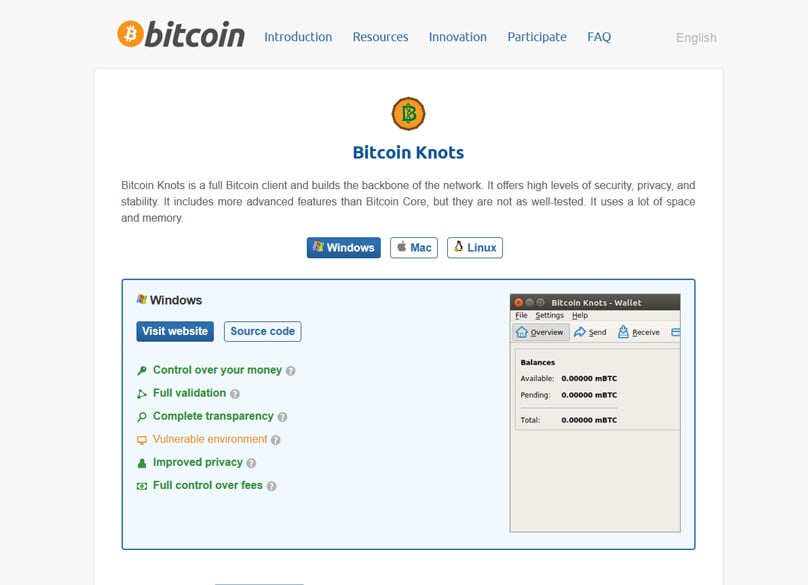 This lean Bitcoin wallet also supports Windows, Linux and Mac OSX. It is written in the Python programming language and is fully SegWit compatible. 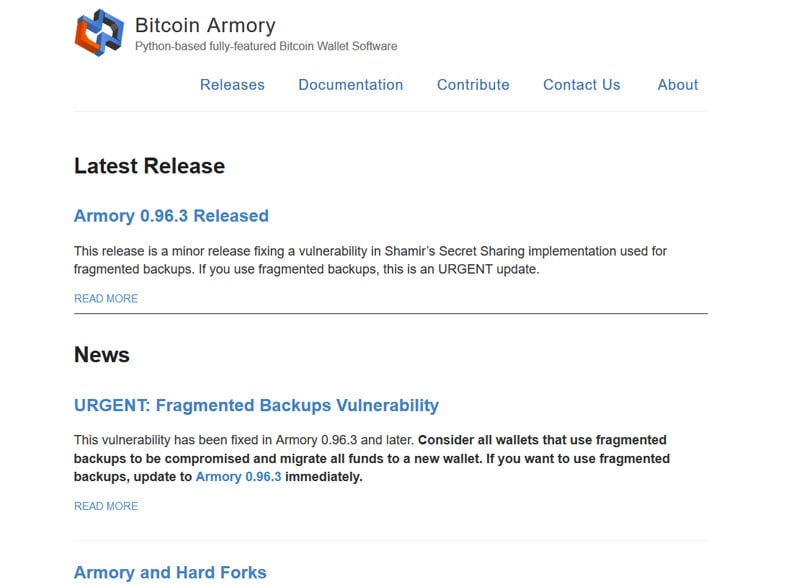 This SegWit enabled wallet is aimed at more advanced users. It is a multisignature wallet which means that it supports complex transactions where multiple people have to approve the transaction before the funds are transferred. The Electrum and GreenAddress wallets which are featured next also have this feature. 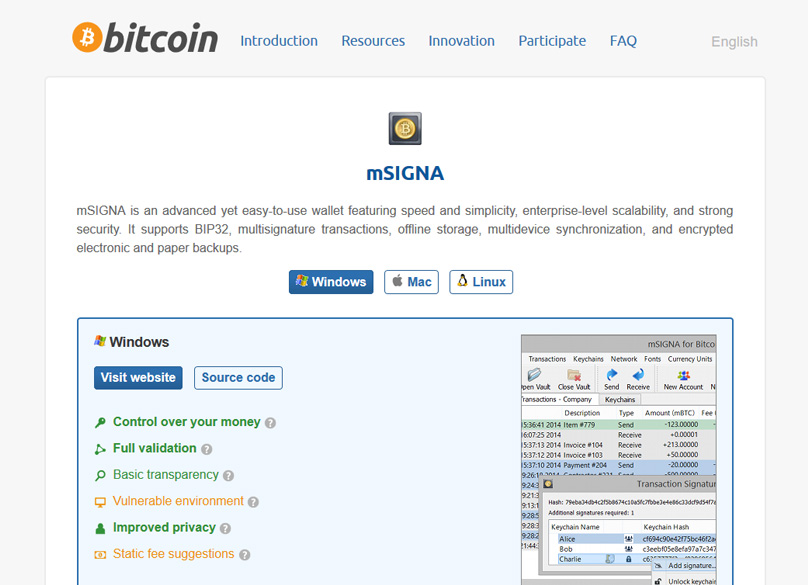 The Electrum wallet has been around since 2011. It is very well-respected in the Bitcoin community and is an open-source technology implementing SegWit. The wallet is supported only only Android and on Windows, Linux, OSX for desktop users. If you are a serious developer you can even compile the project from the source code. The wallet allows users to select different options for transaction fees. 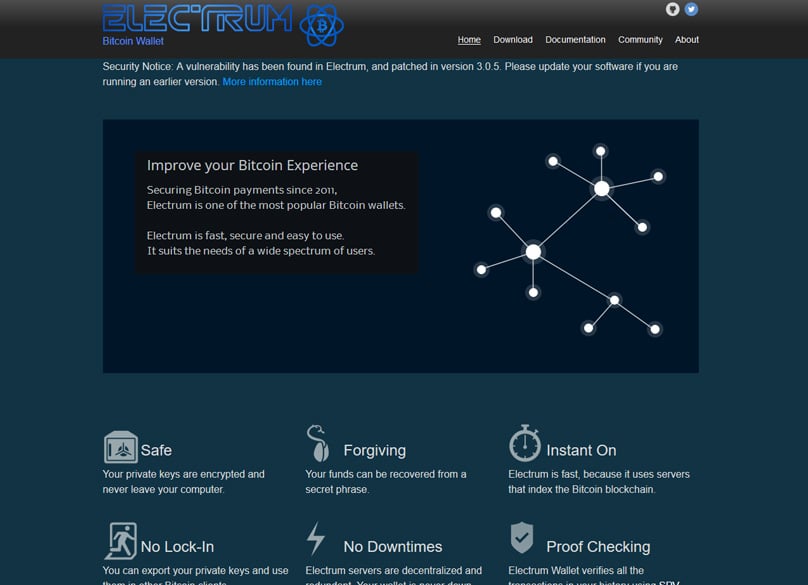 The company responsible for this wallet is called GreenAddress. It is available for Android and iOS. The wallet is easy to use, has good security and prioritizes user security and supports SegWit. For advanced Android users there is a lean version of the app on F-Droid. It is the same app that is available on the Google Play Store but has less features and is built natively for Android. The developers claim that it has better performance and a better user experience than the app store version. There is also a Chrome extension if your prefer to use your wallet in a desktop environment. 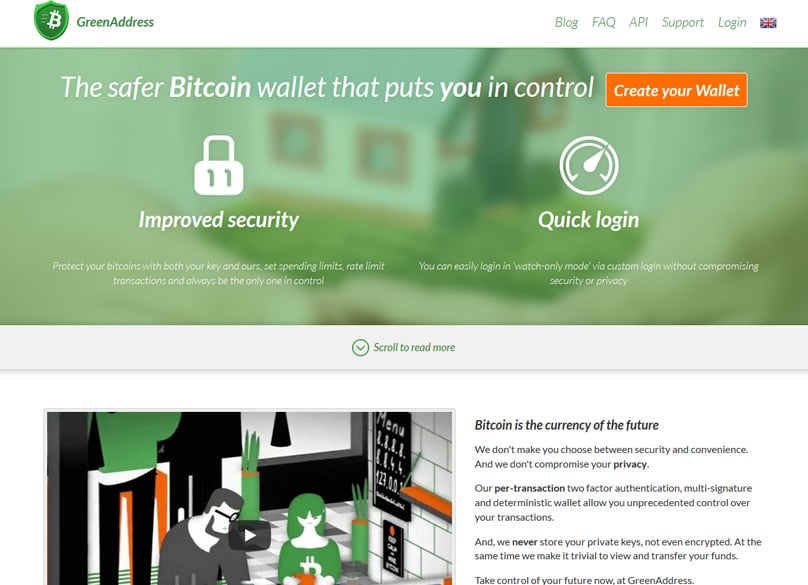 As with most products in the Bitcoin space the Samourai wallet is still under development. The alpha release is available for Android devices and you can signup for early access. It has SegWit support. One of the really nice features is that it uses PaymentNyms. It is a privacy layer that is added to the Bitcoin wallet. It aims to create a direct connection between bitcoin wallets. Once the connection has been established you never have to communicate your bitcoin wallet address to that contact again. This allows for total privacy when sending Bitcoin to one another.

Of course there are also paper wallets that are SegWit enabled if you prefer to leave a paper trail. The SegWitAddress paper wallet will do just that. It is a paper printout of your bitcoin public and private keys as well as a QR code that you can scan to send your Bitcoin to. If you are uber paranoid about keeping your private keys safe, this is about as secure as you can go. 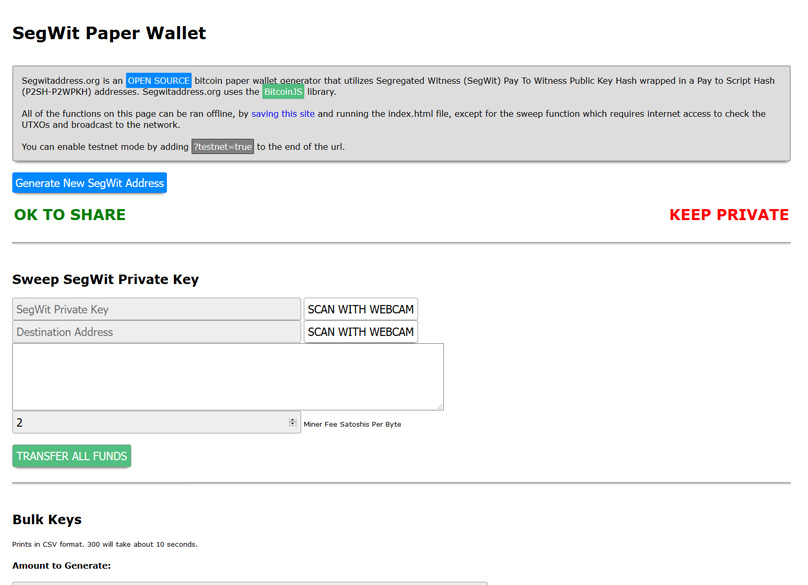