An Indian company, Tanla, has announced its partnership with the tech giant to launch its end-to-end encrypted platform built on Microsoft Azure: Wisely.

Wisely will be a blockchain-enabled Communications Platform as a Service (CPaaS) focused on offering enterprises and suppliers a private, secure, and trusted experience.

The platform will also have a marketplace that will allow enterprises to find new suppliers and service providers globally, creating new opportunities for business by facilitating the exchange of goods and services.

The platform is being developed in partnership with Microsoft, which architected and developed the platform for Tanla, and will be co-sold globally.

Uday Reddy, Chairman & CEO of Tanla, referred to the announcement by stating:

“We’re excited to launch Wisely, our new global platform powered by Microsoft. It is a gamechanger for enterprises, mobile carriers, OTT players, marketers, and industry regulators. With the launch of Wisely, Tanla continues to be a market leader in the domain of commercial communication by enabling trusted customer experiences.”

The Technology Behind the Platform

The entirety of the Wisely network will be built using blockchain technology, which will also be powering the marketplace to provide it with complete data visibility and trustless transactions for all stakeholders.

The use of end-to-end cryptography will also ensure further security and privacy on communications between both parties, a growing concern in times when communication platforms like WhatsApp have suffered increased backlash due to their privacy policy changes.

Wisely will be fully compliant with all local regulatory practices and data protection laws such as the General Data Protection Regulation (GDPR) in Europe and Personal Identifiable Information (PII) laws in the United States.

Omar Abbosh, Corporate Vice President at Microsoft, referred to the disrupting potential of the platform by saying:

“Disruption isn’t part of the journey, it is the journey. Leading and thriving requires a commitment to perpetual transformation, and the cloud is where and how this happens. Data security and privacy is an important component, and Wisely leverages the flexibility and reliability of Microsoft Azure to provide another great business communication option for our enterprise customers.”

A New Way to Discover and Collaborate

The Wisely marketplace has been designed as a digital commerce platform focused on allowing enterprises to connect with suppliers, creating new ways of doing business based on the evolving communication needs.

Enterprises will be able to integrate their existing suppliers with the platform or discover new ones using the expansive list of available channels and suppliers the platform will offer.

The use of blockchain technology backing the marketplace will remove the need for intermediaries by generating zero-dispute single-source settlement reports for all stakeholders, increasing transparency and trust.

India’s impact in the technology sector has continuously grown over the years as the country has aggressively worked towards establishing itself as a leader of the fourth industrial revolution. The country’s IT industry’s revenue is expected to reach $350 billion. by 2025, having generated more than 4 million new jobs and employing over 10 million people.

Tanla has capitalized on this growth by processing over 800 billion interactions annually and about 70% of India’s A2P SMS traffic. This has been done through its distributed ledger platform-Trubloq, one of the world’s largest use cases of blockchain technology. 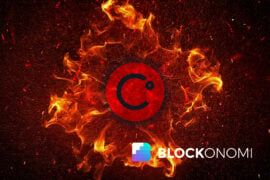 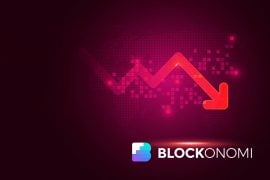 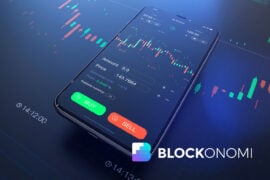