As you’ve delved into the world of cryptocurrency, you may have come across the term “airdrop” a couple of times. No, this isn’t the file transferring feature that comes with Apple devices. In cryptocurrency, airdrops mean free money. Seriously. 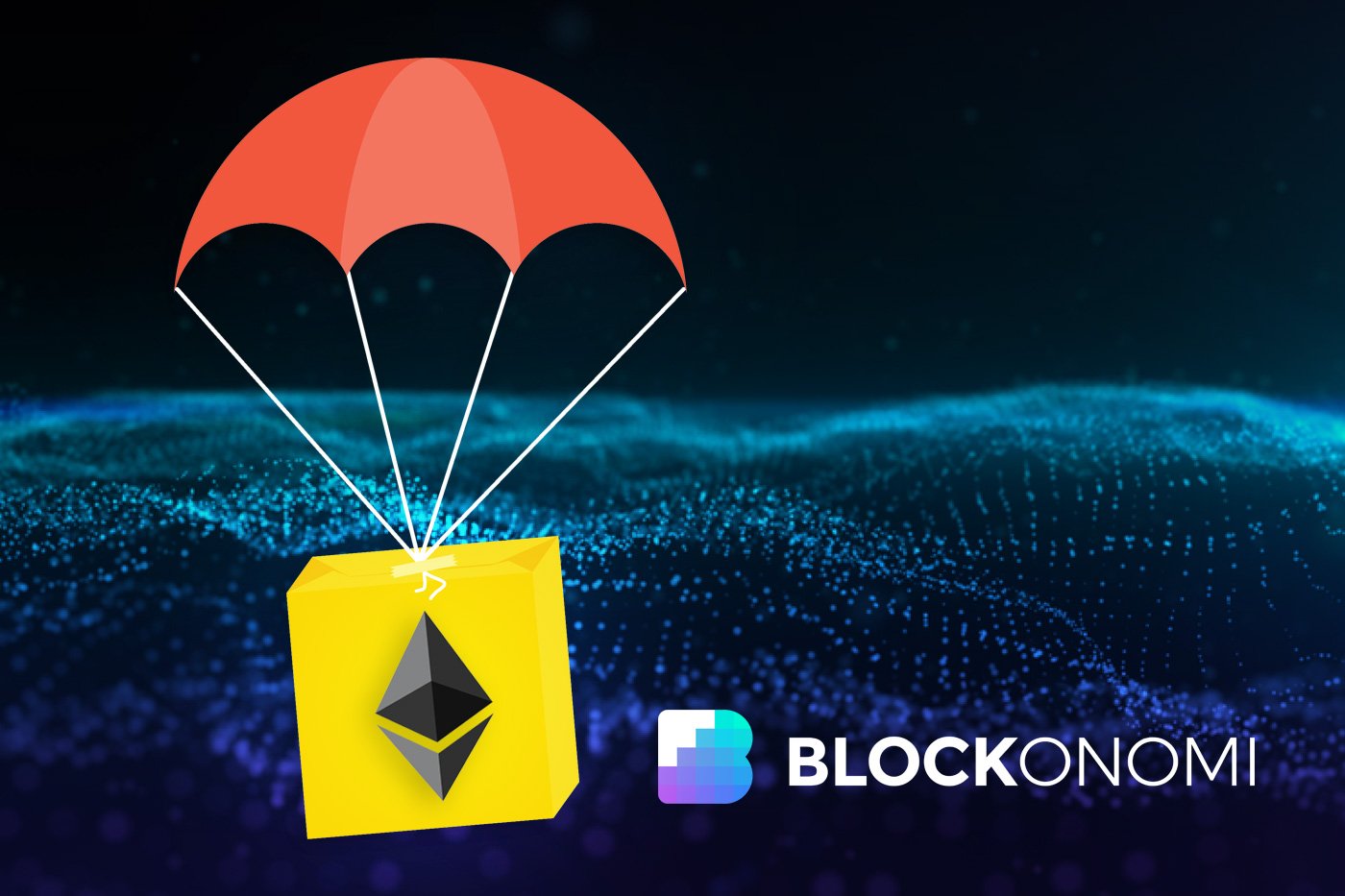 What Is an Airdrop?

It seems that every day a company launches an Initial Coin Offering (ICO). It is much harder to stand out with how many are out there. Instead of ruthlessly promoting themselves all over the internet, the team behind the new ICO will look at the blockchain of an already established token and gather up every person who has that coin in their wallets. They will then distribute an amount of their token in proportion to the amount that you hold.

A fork of an existing coin can also grant you an equal amount of the new coin, a recent example is when BitCoin Cash was created and all holders of Bitcoin received the same amount in Bitcoin Cash.

Why Would A Company Give Me Free Tokens?

As mentioned, the market for ICOs is over-saturated beyond belief. Most people are more likely to roll their eyes when they see a new cryptocurrency rather than invest. That said, if the team behind that new currency gives out free tokens for attention, they are much more likely to get it. In marketing, first impressions are incredibly important. How could you not think highly of a company that pays you upon meeting?

If a company sends some of their token to your wallet and you notice it, it might prompt you to look into their project more and if you like what you see you might decide to invest in them. It’s free marketing for the token sale or coin launch really, it costs the company nothing to provide these tokens to you but could help them with brand recognition. Another reason companies give out free tokens, is to help decentralization of their currency. A recent example of this was Omise Go who airdropped large numbers of their tokens to Ethereum holders shortly after their successful ICO, stating :

At OmiseGO, we believe that tokens are most useful when they are as widely distributed as possible. In the case of a permissionless proof-of-stake (PoS) network, especially one running a very economically valuable decentralized exchange trading both cryptocurrency and real-world money, a wide distribution is also critically important for network security.

How Can I Learn About Future Airdrops?

Airdrops aren’t always a surprise. Some companies announce their intentions via press release, while others will “reward” you for joining their social following within a limited time frame. These teams are more selective as to who gets their free currency, rather than giving it out to the whole blockchain.

Various groups on Telegram or Facebook keep track of upcoming ICO’s and announce any relevant airdrops. Websites like airdropalert.com are always tracking new giveaways as well. Some companies will use an airdrop to promote their wallet or application, stating that the first 50,000 downloads will receive the respective currency. Other projects will even ask you to promote them on a forum or website in exchange for tokens. 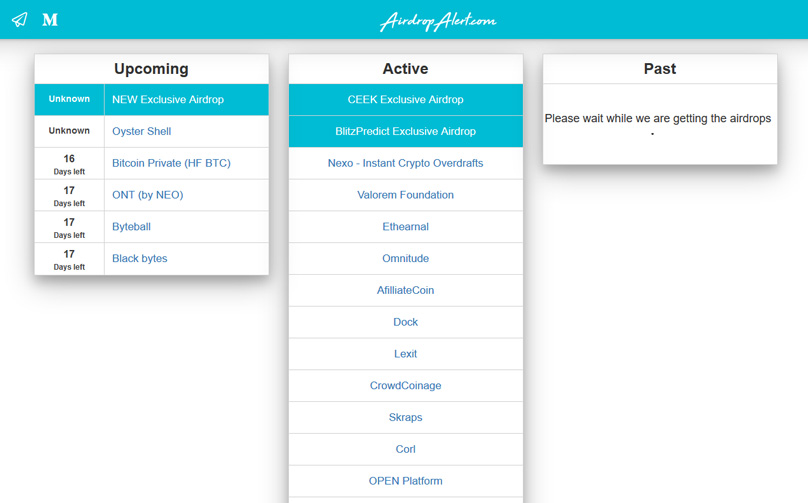 There are no “official” rules on how an airdrop should occur. Everyone does it their own way, and it’s up to you to decide if you want to get involved.

Staying Safe in the World of Airdrops

Sometimes you may see a currency that asks for your private key or to send them funds before they initiate the airdrop. Do not do this. No proper airdrop will ever need that information from you, let alone ask you for money in exchange. The cryptocurrency industry prides itself on being unregulated, don’t let it get the best of you as their are scammers who will hear about an upcoming airdrop and try to take advantage by creating fake “phishing” websites designed to take your cryptocurrency keys. To be clear :

Never Give out Your Private Key for Airdrops

Of course, just because an airdrop is legit, that does not mean you’ll make money off of it. Most airdrops are done when a currency is at a low value in hopes that people will invest. The chances are high that these tokens will never raise enough be worth anything. You never can know for sure, so it’s always in your best interest to research any coins you receive before making a decision.

Scope out a dev teams social media pages. Are they interacting with their fans and answering questions? They’re probably legit. If an airdrop is real, someone somewhere will have reported on it.

Do I Need a Specific Wallet?

The most popular blockchain for airdrops by far is Ethereum, and many of the tokens created with be ERC-20 tokens. The Waves platform also has a lot of airdrops of new tokens so to make sure you have the highest opportunity to receive free airdrops you should create wallets for both and hold some coins in there.

You’ll see most airdrops require an “ERC-20” compatible wallet, which means any wallet that supports the Ethereum blockchain that you own the private keys for. If you use an exchange to hold your tokens ( which we dont advise ) then you will need to withdraw them to a your own wallet to receive airdrops.

The best wallet to use for Ethereum is MyEtherWallet, read our guide to find out how to set up one. You can also use a Hardware wallet such as the Trezor or Ledger which interacts with the MyEtherWallet website, this is the safest way to store your cryptocurrency as your private keys are never exposed to your own computer which means even if you are infected with a virus or malware, they are unable to steal your keys.

Before interacting with any new cryptocurrency, it is always essential that you do your research and believe in the vision behind the technology. Keep an eye out for scams and remember that a legitimate project has no reason to ask for your private information. Airdrops can be an exciting way to learn more about a project, and may even be your next big investment. Just make sure to be smart about your involvements, and always go the extra mile to keep your data safe. And we will repeat one last time …

Never Give out Your Private Key for Airdrops