Newcomers to Bitcoin (BTC) have arrived during what is, more or less, an extraordinarily complex time for the Bitcoin community proper. That’s because over the past few years, a bitter technical and political debate has intensified in the space over how the first-mover cryptocurrency should proceed development-wise.

This bitter debate came to a head in 2017 in the form of the August 1st hard fork of Bitcoin, which means there was then the legacy Bitcoin and the newly split-off Bitcoin Cash (BCH).

The situation between the backers of BTC and BCH is still incredibly tense, with no end in sight for the foreseeable future. So why Bitcoin Cash? Why was it split off in the first place? Does the project have inherent merits? Today, we’ll give you the nitty-gritty 101 on Bitcoin Cash so you can come to your own conclusions. 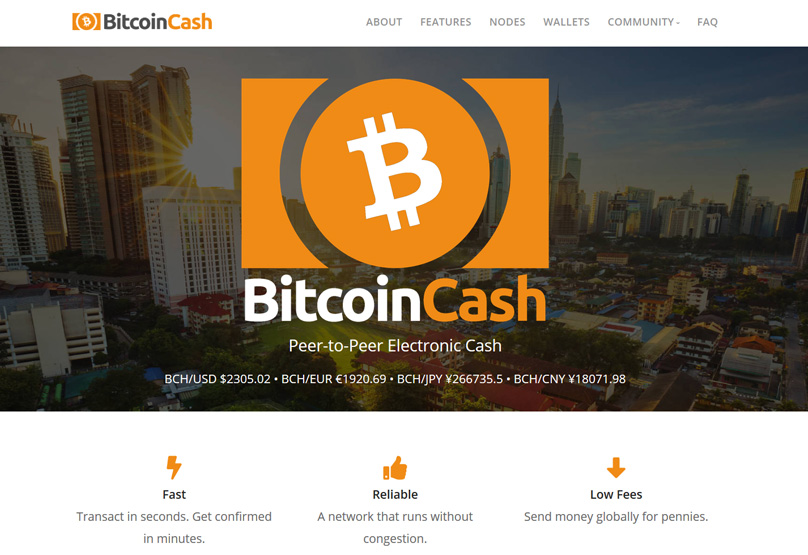 When it comes down to it, the Bitcoin Cash vs. Bitcoin debate is a scaling debate. If you’re new enough that you don’t know what scaling is, just think of it as trying to make transactions faster and more efficient as user bases grow.

The Bitcoin Cash community believes in on-chain scaling; this is simply to say that they wanted to, and did, raise the block size of Bitcoin from 1MB to 8MB in the short-term. That’s because, before August 1st, Bitcoin’s blocks had started to reach their 1MB limit with unprecedented consistency, leading to congestion and high fees for Bitcoin users. BCH’s block size increase, then, has acutely alleviated such congestion and fees.

On the flip side, the legacy Bitcoin community is currently striving for off-chain scaling; by “off-chain,” we mean sidechains that are pegged onto the main BTC blockchain. In this sense, the scaling idea is to take transactions off-chain so as to limit clogging on the main chain.

Bitcoin Core, the nickname for the developers who for all intents and purposes are presently at the helm of the BTC community, are currently developing the off-chain Lightning Network (LN) solution. LN allows for the opening of state channels, which in theory should provide for nearly instantaneous transactions off-chain.

But the Bitcoin Cash community in general despises LN, and the Bitcoin community feels the same way about BCH’s 8MB block size increase. So let’s try to understand why.

With Lightning Network, large node hubs will arise that will be able to facilitate loads of transactions faster and easier than smaller, individual-run state channels. These hubs will thus collect fees for running and facilitating users’ transactions.

The sticking point, then? Bitcoin Cash supporters believe this hub dynamic is just a straight path toward Bitcoin “checking accounts,” letting middlemen banks come in an run third-party hubs that everyday users will have to pay in order to enjoy faster, scaled transactions.

Alas, the BCH community thinks LN is an attack on the decentralization of Bitcoin, a charge that legacy BTC supporters levy back at BCH, but for different reasons. 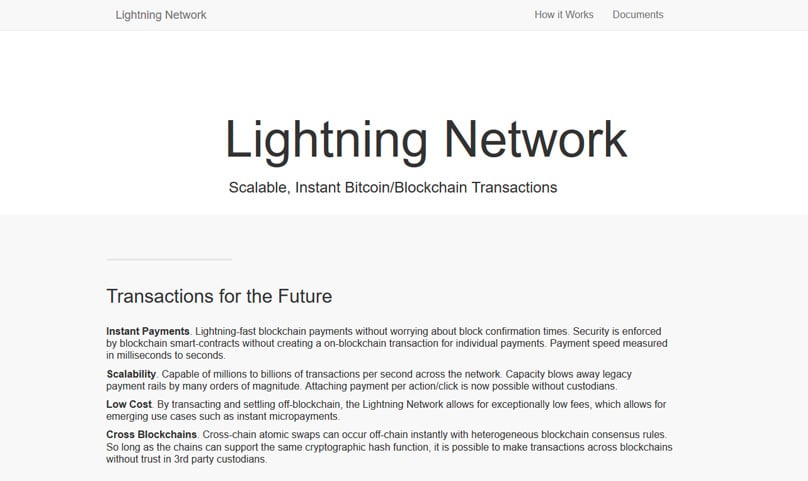 Bitcoin was supposed to be the bank killer, BCH enthusiasts say, and LN ensures that Bitcoin will no longer be an extinction level event for every-greedily portrayed big banks. In fact, these enthusiasts say LN ensures that such institutional and centralized greed and corruption will continue on into the 21st century re-emboldened.

These are all assertions that are up for debate, and legacy Bitcoin supporters will be the first ones to stand up and cry foul over these claims.

The grand takeaway, then, is that most BCH adherents believe Bitcoin itself is being corrupted from within for the financial gain of the parties involved. This video explains the viewpoint well:

Bitcoin Cash Asserts Itself As Heir To Satoshi’s Vision

Satoshi Nakamoto, the pseudonymous creator or creators of BTC, released the now legendary Bitcoin whitepaper back almost a decade ago now. Right at the top of the document, the point of the project was made readily clear:

“A purely peer-to-peer version of electronic cash would allow online payments to be sent directly from one party to another without going through a financial institution.”

And the reality is that BTC itself is not working well as “electronic cash” at the moment because congestion on the network is causing transactions to be slow and have unreasonably high fees. At least at press time, right — BTC wasn’t always this slow and expensive to spend, and it surely won’t always stay this way either.

But again, with LN hubs run potentially by third-party providers, this dynamic seems to betray Satoshi’s vision of transactions being facilitated “without going through a financial institution.”

Even still, some may say that Satoshi’s original vision was flawed because he, she, or them weren’t able to take into consideration developments and problems that have occurred in the ensuing years.

It’s certainly an argument that can be made fairly; but regardless, it’s clear that LN does seem to bear at least the potential to betray Satoshi’s original idea for Bitcoin as expressed in the very first sentence of the now-legendary whitepaper.

Is that the end-all-be-all in the wider debate? No. Beloved Bitcoin lecturer Andreas Antonopoulos, for one, is a big fan of LN, seeing it as akin to Proof-of-Stake (PoS) on the Bitcoin blockchain. So you’ll have to make up your own mind in the ongoing scaling debates.

Yet with its 8MB block size increase, then, the Bitcoin Cash community is billing itself as the true heir to Satoshi Nakamoto’s vision as electronic cash. BCH’s fees are very low right now, and it’s confirmation speeds are fast. Beyond that, the BCH blockchain even bears the “Genesis block” of Bitcoin, as the legacy BTC chain forked off to a new chain in order to implement SegWit.

To this end, BCH is the literal steward of Bitcoin’s very first block.

And while the BTC community is content to call Bitcoin a store-of-value rather than a currency, the thought leaders in the Bitcoin Cash community disagree. BCH “CEO” Rick Falkvinge just shared his thoughts on the matter:

There are a wide range of different wallet options available for storing your Bitcoin cash which you can view on the website here. You can choose between software, paper, mobile and hardware wallets. 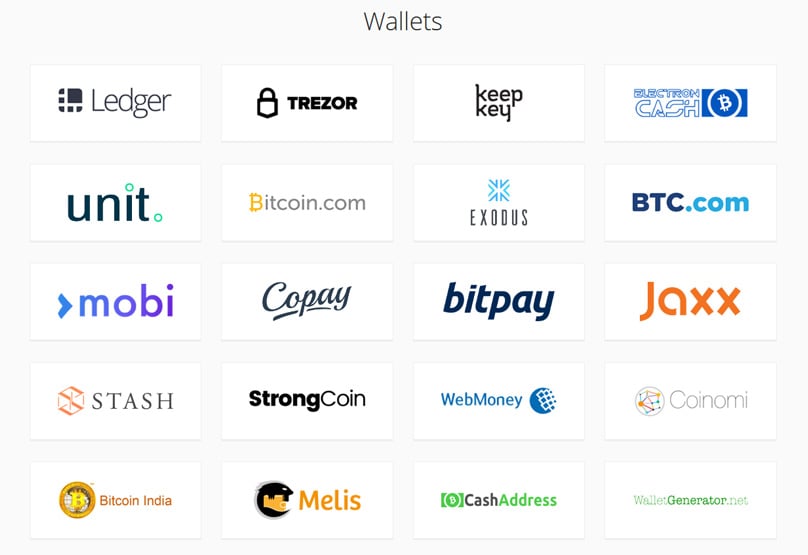 How to Buy Bitcoin Cash

There are a large number of exchanges which you can purchase Bitcoin Cash at, you can use CEX.io if you wish to purchase with Fiat currency. Or if you have some Bitcoin, you can trade it on the following exchanges:

The legacy Bitcoin community’s critique against Bitcoin Cash is that raising the block size to 8MB is a security risk.

They maintain that such an increase poses centralization risks, and they point to the original drivers of the BCH hard fork, namely Bitmain and ViaBTC, Chinese mining companies, as wanting to consolidate control over the community.

For now, it’s clear that the disdain between hardline BTC users and hardline BCH users isn’t going anywhere any time soon. And that’s unfortunate in general, as there’s an incredible of new users to the space that will be dastardly confused upon trying to make sense of the political quagmire that is the ongoing scaling debates.

Both on-chain and off-chain scaling solutions have their merits. But the Bitcoin community is now fractured in two, as both sides believe they have the right answers. We’ll have to wait and see how the debates shape up from here.