What is Bitcoin Halving? Will it Affect Price? Guide to this Mining Change

Every four years or so, bitcoin undergoes an important event known as the “bitcoin halving”. This first happened in 2012, and again in 2016. Likewise, it will happen again next year around May 2020.

Each day, many untold thousand watts of electricity are committed towards bitcoin mining. People mine bitcoin because they hope to earn bitcoin, which has value and can be bought and sold in various markets.

Without going into too much detail, mining is the process by which the network is secured and transactions are processed. In order to encourage people to mine bitcoin (or other cryptocurrencies that also use proof of work mining), each block contains a reward.

That reward is released to the miner that successfully solves the block. This reward needs to be high enough so as to be a strong incentive. But the reward also cannot be too much. A large reward would cause an oversupply and lower the value of the currency. 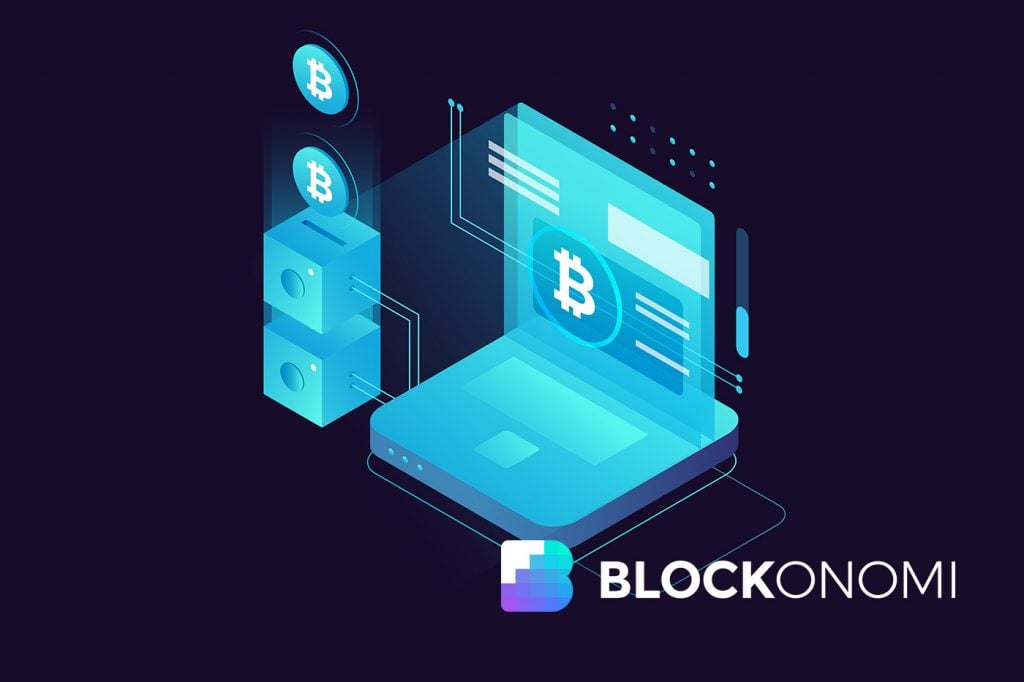 What is the Bitcoin Halving?

When Satoshi Nakamoto created bitcoin, he wanted to create a system that would be self-sustaining and that would in some ways emulate gold-mining. That being, over time, mining would become more difficult and the rewards collected would slowly reduce so as to control the supply. Specifically, Nakamoto writes:

“The steady addition of a constant of amount of new coins is analogous to gold miners expending resources to add gold to circulation. In our case, it is CPU time and electricity that is expended.”

Nakamoto’s solution to this problem is to institute a bitcoin halving system. Here’s how it works.

In this way, the bitcoin halving has a number of important effects on the network:

The Day the Mining Stops

With this in mind, this leads us to a logical question. What happens when the bitcoin reward drops to zero? Will everyone simultaneously stop mining bitcoin, causing the network to come to a complete stop?

To address this concern, we have to consider a few different things.

First, at the current mining rate and factoring in for future bitcoin halving events, it is estimated that the final block containing bitcoin will be mined sometime in the year 2140.

Considering that the network started operation in 2009, this means that the network will have a total of about 130 years before this event occurs. By that time, the economic conditions of cryptocurrency could be so fundamentally different that the need for a block reward may not even exist.

The second thing to consider is that bitcoin miners have a secondary source of income aside from the block reward. Specifically, miners also earned transaction fees. Each day, many hundreds or even thousands of bitcoin are paid in transaction fees (depending on network conditions).

So by the time 2140 rolls around, it is entirely possible that mining purely for transaction fees could be profitable enough for miners to continue mining indefinitely, regardless of their being no block reward anymore. In his widely reviewed white paper, Nakamote describes it like this:

“Once a predetermined number of coins have entered circulation, the incentive can transition entirely to transaction fees and be completely inflation free.”

Another point to consider is the release of new projects that plan to coexist alongside the bitcoin blockchain. 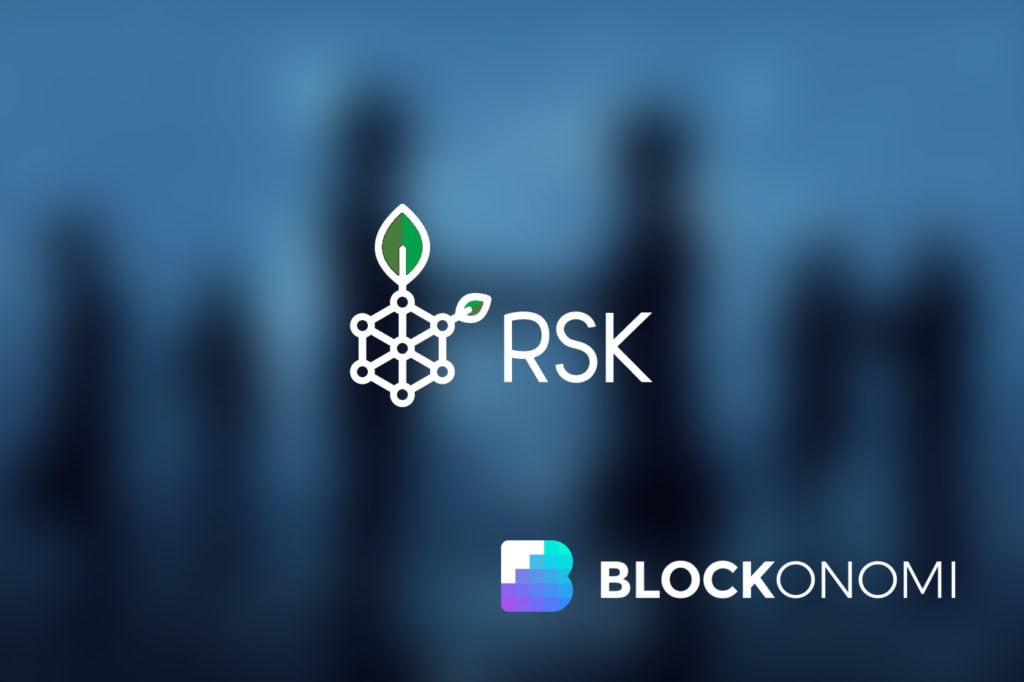 One of the selling points of RSK is that miners who choose to participate in processing root stock transactions can do so while at the same time mining bitcoin as normal, with nearly no loss of efficiency.

What Do Analysts Think of the Bitcoin Halving Effect on Price?

As always, analysts are currently divided on what this event will mean for Bitcoin. Some say it’s bullish, others say it may be negligible, or even bearish should certain events take place.

Alistair Milne of Altana Digital Currency Fund recently noted that after the halving comes into effect in 2020, 50% of all newly mined Bitcoin will be absorbed by the purchases of clients of two companies: Grayscale through its Bitcoin Trust and Square through its BTC buying service.

This ignores the inflows from Coinbase customers, people buying cryptocurrency through RobinHood and eToro, and so on and so forth.

After halving, ~50% of all newly mined Bitcoin will be absorbed by just two companies: GBTC and Square

… but tell me again how halving is priced in.

In other words, should demand persist or grow, the halving will act as a negative shock to the supply-demand economics model for BTC, pushing prices higher with ample time.

That’s not to mention that PlanB’s stock-to-flow model (accurate to a 95% R squared, meaning highly accurate statistically speaking), which relates BTC’s market capitalization to the scarcity of the asset, found that the leading cryptocurrency will have a fair market capitalization of $1 trillion following the 2020 halving. This correlates with a $50,000 price per each coin.

IMO halving is priced in correctly and markets are efficient, in the sense that few people (10%) know, understand and believe S2F model, and most people (90%) don't know S2F, don't understand stats&math behind it, think demand is missing etc pic.twitter.com/Z9nBPmRBvK

On the neutral-to-bearish side, Jason Williams, co-founder at digital asset fund Morgan Creek Digital, said at the turn of the previous month that one of his unpopular opinions is that “Bitcoin halving in May 2020 won’t do anything to the price. It will be a non-event.”

This has been echoed by Bitmain chief executive Jihan Wu, who, as reported by Blockonomi on an earlier date, said at an industry event that there is no guarantee that a Bitcoin bull run will follow the halving this year.

Interestingly, this has been corroborated by data, with an analysis of data on 32 halvings across 24 crypto assets by Strix Levithan finding that there is no clear evidence that crypto assets that see their emission halve “outperform the broader market in the months leading up to and following a reduction in miner rewards.”

Does It Even Matter For Bitcoin?

While some analysts are putting a lot of faith in the halving and its potential ability to change Bitcoin’s price trajectory for the better, some commentators say that it doesn’t matter. More specifically, a common sentiment that is reverberating throughout the industry is that the path of the technology is positive, with or without Bitcoin’s halving.

Asia’s Global Coin Research released ts “Community Predictions for 2020” report, in which it cited countless industry executives.Changpeng “CZ” Zhao, the prominent chief executive behind crypto’s top firm, Binance, was quoted as saying that he thinks that the long-term trajectory for the Bitcoin and crypto market remains decidedly positive. He elucidated:

“Bitcoin is still a small market cap instrument so there will be high volatility in the short term. However, if you look at the fundamental technology, the longer-term view, about a 5-year or 10-year horizon, we’re very confident that bitcoin and cryptocurrencies are here to stay.”

Andy Bromberg, co-founder of CoinList, echoed this assertion in an interview with Bloomberg, remarking that from his perspective, there hasn’t been this much “building” in the crypto market since 2017.

With all that in mind, let’s go over what the bitcoin halving really means for bitcoin. First and foremost, it’s a means of controlling the amount of new bitcoin that hits the markets each day. It’s intended as a way to prevent hyperinflation from ever occurring.

If we look at countries that experienced hyperinflation, one thing that often happened is the rampant and uncontrolled printing of new money. Each time a country prints more money, it is reducing the value of each individual of currency already in circulation.

The bitcoin halving makes sure that not only will the rampant production of new but coins never happen, but in fact, it is mathematically required that the reverse should occur.

The bitcoin halving was also intended to emulate gold-mining, as gold-mining inevitably becomes more expensive and difficult over time, as more and more of the Earth’s gold reserves are mined out. Not only does it get more expensive, but less than mask new gold enters the gold marketplace each year. This is led to a predictable and steady rise in gold prices over the last century.

Since the launch of bitcoin, many other altcoins Liberland proof-of-work mining have their own implementations of bitcoin halving. For example, Vertcoin recently underwent its own halving event, as did Ethereum Classic, which dropped its reward from 5 to 4.

While other cryptocurrencies like Ethereum don’t have quite the same model of supply reduction, they do employ their own methods of ensuring that the amount of new tokens hitting the market each year is slowly on the decline.

Finally, the bitcoin halving keeps bitcoin prices steadily moving upward over long periods of time. If it were not for the bitcoin halving, bitcoin today might only be worth 50 or hundred dollars each instead of the thousands that it’s worth now.