He’s done it again. Joe Kernen, a host of CNBC “Squawk Box” that has downed the cryptocurrency red pill, lauded Bitcoin on television for the umpteenth time in a matter of weeks.

This time, Kernen even touted a lofty valuation model, one that says the Bitcoin price can appreciate by around 500% in the coming 12 months. 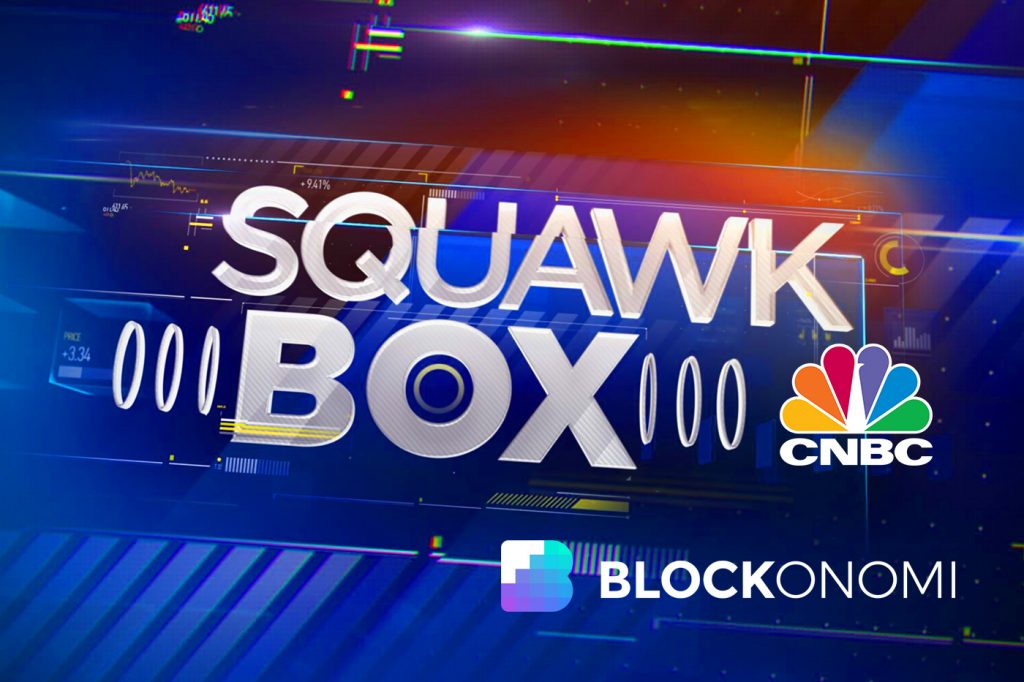 Monday’s “Squawk Box” segment saw yet another legendary Joe Kernen moment. While speaking to Katie Stockton, the Founder and Managing Partner of Fairlead Strategies, Kernen suddenly flipped the conversation from stocks to Bitcoin.

Sounding dead serious, the anchor asked Stockton if she thinks that BTC could hit $55,000 by the next block reward reduction, slated to occur during May 2020.

The panel immediately scoffed, erupting into a temporary clamor as they struggled to deal with that lofty price prediction. You see, a $55,000 Bitcoin would apply an approximately 500% appreciation from current levels, and in around one year no less. Even for BTC, 500% in a year seems a bit absurd.

Funnily enough, Stockton did note that she believes that Bitcoin is currently exhibiting a strong “base breakout” on its chart, despite the fact that the price of the asset recently dipped under $10,000 yet again.

Kernen interjected, proceeding to retake the floor by explaining the reasoning behind $55,000. While he didn’t mention the analyst of the theory by name, he noted that the halving will reduce Bitcoin’s inflation rate (stock to flow), implying a fair valuation of $55,000 for each Bitcoin according to one model.

What he is referring to is the stock-to-flow model built by PlanB, a pseudonymous analyst that hails from traditional finance. PlanB determined that you can model the valuation of certain rare commodities, including Bitcoin, gold, and silver, by plotting their stock to flow ratio (above ground supply to inflation) against their market capitalization.

As aforementioned, it suggests that Bitcoin’s halving will boost BTC’s fair value to $55,000. The up-and-coming analyst wrote:

“Bitcoin is the first scarce digital object the world has ever seen, it is scarce like silver & gold, and can be sent over the internet, radio, satellite etc… The model predicts a bitcoin market value of $1trn after next halving in May 2020, which translates in a bitcoin price of $55,000.”

As hinted at earlier, this is Kernen’s latest attempt to laud Bitcoin on air. For those who aren’t versed in Kernen’s notable run-ins with the crypto space, here’s a brief recap:

On the morning that Facebook unveiled Libra, Kernen openly bashed the initiative, claiming that it doesn’t make sense for a corporation to create a form of fiat money backed by fiat money.

He went on to note that he doesn’t like the monetary policies currently being floated and utilized by the European Central Bank, claiming that they were inflationary. Kernen continued pushing this anti-Libra narrative, making it clear that there should be a bifurcation between something like the corporate digital asset and something like Bitcoin.

Then, the crypto pundit shocked everyone when he respectfully rebutted the Bitcoin-skeptical U.S. Treasury Secretary on live television. When discussing the whole “crypto is used for money laundering argument”, Secretary Steven Mnuchin claimed that U.S. Dollars aren’t often used in such illicit activities. Kernen scoffed, claiming that if there’s one currency that someone should point to when illicit activity is mentioned, it should be the dollar.

What’s weird is that no one knows exactly why Kernen decided to become somewhat of a cryptocurrency optimist. But, there has been some talk of getting the CNBC host onto some industry podcast. So maybe soon we will see exactly what’s behind his rapidly-growing love for Bitcoin and decentralization.