Bitcoin exchanges continue to shut down their services in India on account of the less than favorable operating conditions for such businesses in the country. Coinome, a cryptocurrency exchange based in the country recently announced that it would shutter its services come the middle of May 2019.

Meanwhile, despite months of legal ramblings, India appears no closer to definitively reaching a conclusion about cryptocurrency regulations. Regulators in the country continue to exhibit anti-cryptocurrency leanings in many of their policy declarations. 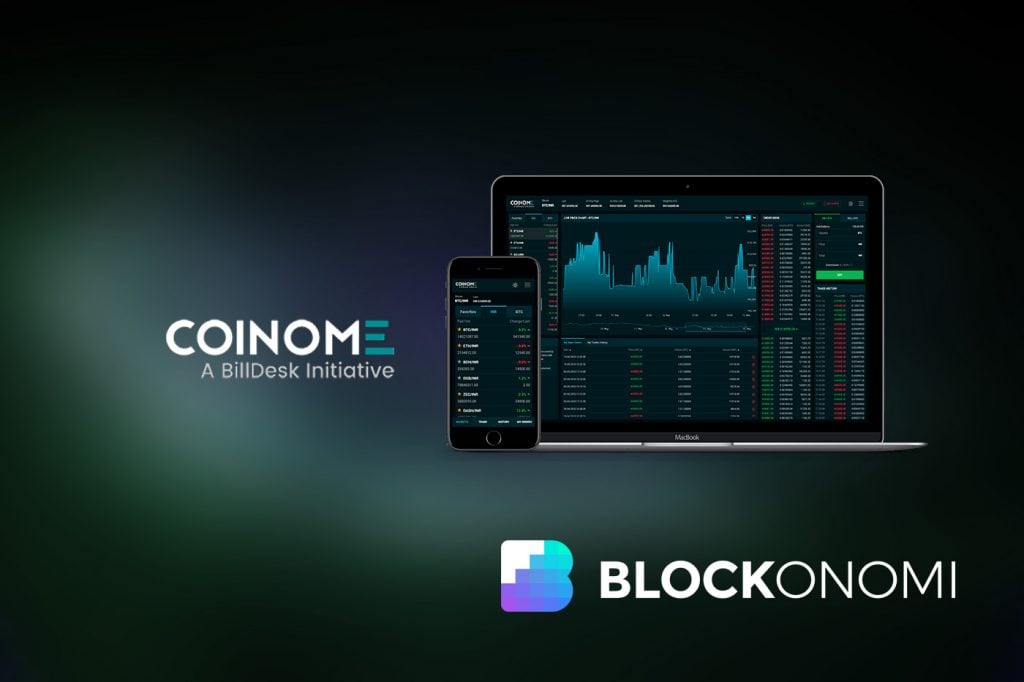 In a tweet published on Thursday (May 9, 2019) Coinome announced that it would be pulling out from the Indian cryptocurrency market beginning on May 15, 2019. On that day, the company plans to suspend all deposits, withdrawals, and trading activities.

All crypto markets on Coinome will be suspended, effective 2pm on May 15th, 2019. Customers are requested to withdraw all their crypto assets from Coinome at the earliest.

Consequently, the Coinome’s management is advising all its users to remove their funds from the platform as soon as possible. The company did not, however, announce if it had plans to move its business elsewhere.

An excerpt from the email sent to Coinome’s users by the platform as quoted by Quartz India, reads:

“India is currently going through uncertainty on crypto guidelines and regulations. The government of India has not yet taken a decision on the regulatory framework for crypto exchanges or wallets. Further, the supreme court is yet to act upon the public interest litigation (PIL) on (the) regulation of cryptoassets.”

Coinome isn’t the first Indian Bitcoin exchange to take such a course of action. Back in October 2018, Blockonomi reported that Zebpay, the country’s largest BTC exchange at the time was shutting down as well.

Since shuttering its India-based operation, the company expanded its services to Malta and recently, Australia. Back in March 2019, Coindelta also announced that it too was shutting down its business in the country.

India May or May Not Ban Cryptocurrencies

These platforms are exiting the country because the 2018 ban imposed by the Reserve Bank of India (RBI) forbidding commercial banks from providing banking services to cryptocurrency exchanges.

In the absence of bank accounts, many platforms are unable to service their business. The ban also drove BTC trading from online exchanges to peer-to-peer (P2P) and over-the-counter (OTC) Bitcoin trading avenues.

Several stakeholders challenged the legality of the RBI ban with a pending case currently before the Supreme Court. The apex court has yet to reach a decision with proceedings experiencing various delays from government institutions.

Commercial banks are also reportedly clamping down on customers who buy and sell cryptocurrencies. There have been reports of account closures and warnings from banks over such activities.

Meanwhile, recently, reports coming out of the country suggested that the government is getting close to banning virtual currencies entirely. According to the reports, a few government agencies are already in support of the plan which might be executed after the coming polls.

In the interim, the reports say state officials are weighing up whether to temporarily prohibit Bitcoin and other cryptocurrencies under India’s anti-money laundering laws.

However, Zebpay CEO, Ajeet Khurana speaking during the launch of Zebpay Australia declared that reports about a possible blanket ban in India were preposterous. According to Khurana, none of the senior government functionaries he had interacted with ever hinted about such a drastic step being a possibility.

Recently, the RBI released its fintech regulatory sandbox, omitting cryptocurrency startups while including blockchain-based startups. As previously reported by Blockonomi, one of the major concerns for Indian regulators is the potential negative implication of cryptocurrency adoption on the monopoly of the Indian Rupee in domestic finance.