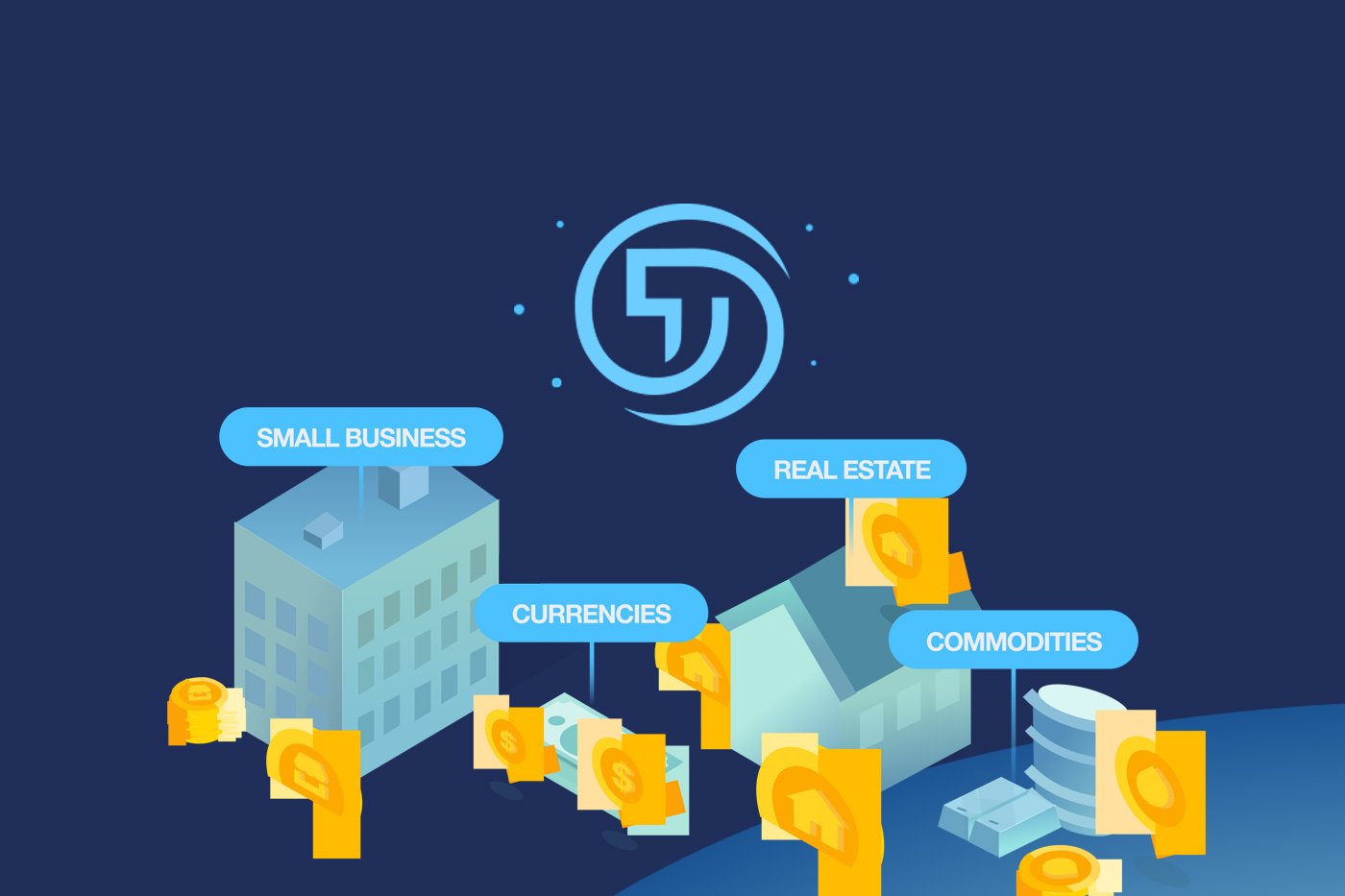 “TrueUSD is a USD-backed ERC20 stablecoin that is fully collateralized, legally protected, and transparently verified by third-party attestations,” the team wrote on the project website. “TrueUSD uses multiple escrow accounts to reduce counterparty risk, and to provide token-holders with legal protections against misappropriation.”

Third-party escrow accounts are key to the creation of tokenized assets on TrustToken. Once an entity has gone through anti-money laundering and know-your-customer regulatory requirements, an amount of U.S. dollars much be wired to a third-party escrow account. A matching amount of TrustTokens or, in this case, TrueUSD, are minted. While U.S. dollars is the initial base pairing, TrustToken hopes to branch out to other fiat currencies in the future. At the moment, the minimum entry point is $10,000, though the team expects this minimum will fall in the future. 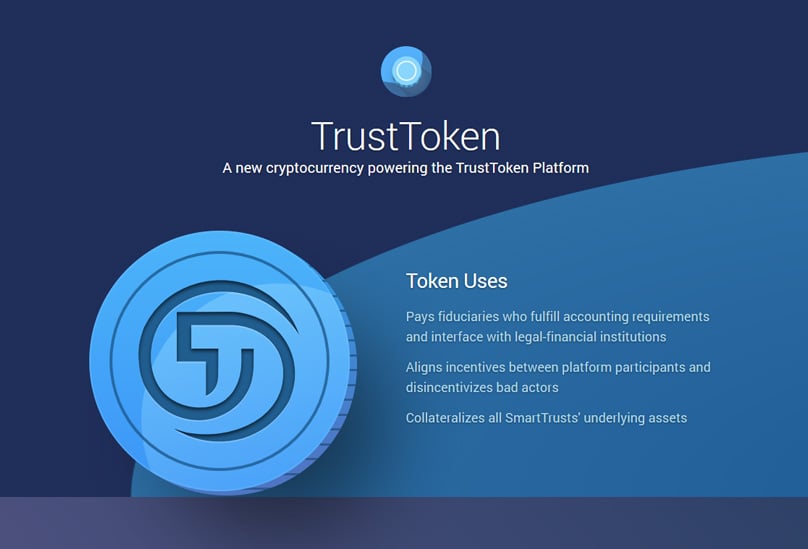 In a word – yes. TrustToken acknowledges that the integration of banks and escrow accounts runs counter to the crypto-purist ideal. However, this hybrid system addresses real-world market challenges, the team said.

“Today, if a person or company wants to open a bank account, it requires a human representative,” the developers wrote. “So until banks allow smart contract signatures, we’re building on one of the best-known, frequently-tested system for bank account management: escrow accounts. Escrow accounts are already widely used for fund management. We recognize that escrow accounts aren’t the endgame for decentralized money and tokenized asset management, but the trust and escrow industry already work well for the management and distribution of assets.”

How Does It Compare to Other Stablecoins?

“We’re excited for algorithm-based possibilities, but they haven’t yet been proven in the market,” the developers write. “Some investors might find extra peace of mind in the knowledge that their dollar-tokens correspond to fiat currency in an audited bank account. In the long term, we think there will be roles for both protocol-based and asset-backed stable cryptocurrencies. Traders will reasonably seek opportunities to diversify their stable crypto holdings.”

Essentially, TrustToken is being developed for an institutional investor audience.

As for Tether, which is also an asset-backed coin, the TrustToken team simply said they wished to create a stablecoin they would “…use and trust ourselves.”

It should be noted that concerns have been repeatedly raised in the cryptocurrency arena regarding Tether, both due to its frontman’s controversial past and challenging questions concerning exactly how much fiat currency is really backing it up.

Along with the TrueUSD Stablecoin, the team at TrustToken also aim to allow tokenization of any asset. Examples listed on their website include Rental Properties, Timeshares, Small Businesses, Stocks and Bonds. 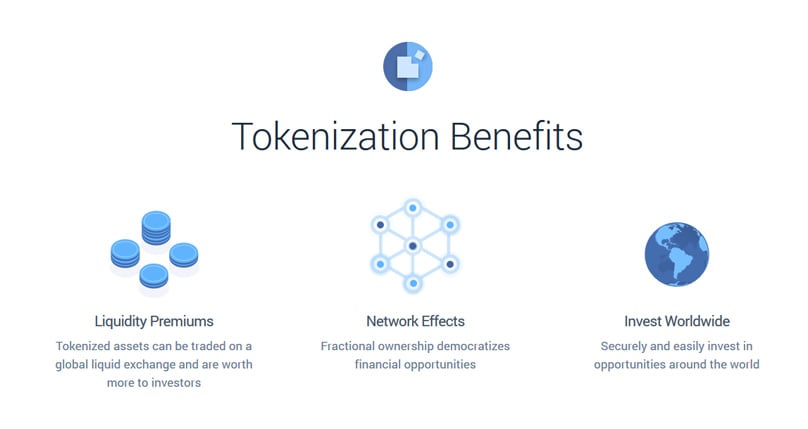 They will also allow for “fractional ownership” of assets and allow these to be traded on their global liquid exchange.

What would you tokenize? You could start with real estate, businesses, private equity, patents, copyrights, sports teams, collectible art, and commodities such as gold and oil.

What would that mean for you? If you own assets that are difficult to trade (such as real estate, IP, or art), you could now have liquidity and fractional ownership for those assets. If you’re a creator or an entrepreneur, you could (following proper regulatory procedures) offer equity crowdfunding for any project to a global audience. If you’re an investor, you could have unprecedented access to investing opportunities for new asset classes around the world.

If you could tokenize any asset, it would enable blockchains to control and transact the $256 trillion worth of real-world assets, which would reshape both the crypto and mainstream economies.

Who Is the Team Behind TrustToken?

TrustToken sports a relatively deep team bench. There are three co-founders: CEO Danny An, CTO Rafael Cosman, and COO Stephen Kade. An previously served as a data scientist at Kernel, working on human brain model development. Cosman worked as a machine learning engineer at both Kernel and Google, and Kade served as a technical advisor at Bankorus and a commercialization project manager at Kernel. The team also consists of a full complement of developers and marketing professionals, and their information is fully available and transparent on the project’s website.

In an ideal world, each TrueUSD would be worth exactly $1. According to CoinMarketCap, however, one TUSD is currently hovering just above $0.97, with a circulating supply of about 89 million and a total market cap of about $86 million. While TUSD’s price relative to Bitcoin has displayed a wide – and unsurprising – amount of variation given that it’s pegged to the U.S. dollar, what may seem surprising is TUSD’s spikes in mid-May to levels of almost $1.40. The developers quickly pointed out that the unexpected 40 percent spike was the result of bot buys. Essentially, bots purchased the recently listed TUSD, driving the price up above the benchmark $1, until traders gleefully sold the coins for more than $1 until the price stabilized. As a stablecoin, the developers aim to always hit the $1 mark, so purchases of the coin above $1 are ill-advised.

“TrueUSD saw a large, sudden increase in demand after Binance first announced that they are listing TUSD,” the developers wrote in a statement following the rise. “We believe that bots (and some misinformed traders) purchased TrueUSD as soon as the announcement was made.”

TrustToken takes a realistic look at the state of cryptocurrency versus traditional banking, offering institutional investors a pathway to crypto investing without the associated risk. The one sticking point of the project seems to be its incredible similarity to Tether, a project with much the same use case. The developers only address this similarity briefly, touching upon the topic of – not surprisingly – trust. It’s no secret that controversy swirls around Tether, and perhaps TrustToken and its TrueUSD token aim to provide a cleaner alternative.

Ultimately, adoption will decide the fate of TrueUSD vs. Tether. Although Tether has a significant head start, that has come with significant headwinds. Moreover, TrustToken’s narrow focus on the institutional market may ultimately facilitate more specialized tools that Tether either doesn’t or can’t possess.

The tokenization of real-world assets is something that has huge potential for the future. We have already seen tokenization of digital assets in the form of crypto collectibles and gold has been tokenized by the DigixDAO which has already proven successful.  The next logical step is the tokenization of other assets via the use of smart contracts. People could own parts of rental properties and collect a share of the income in relation to the size of their holdings, all managed securely via the smart contract. We might even see people selling shares in themselves which might grant holders a share of future earnings or artists selling shares of their paintings. It’s a intriguing idea for sure.