Most people involved in the digital currency market dream of becoming crypto millionaires, or even better, billionaires. However, reaching this status requires extremely smart investment decisions, and the ability to correctly predict what the future market trends will be. While it may not be easy, at this time, there are several bitcoin billionaires, and even more millionaires.

If Bitcoin and Cryptocurrency continues to climb over the coming years there will undoubtedly be a lot people becoming rich and even millionaires – small investments now in the correct coins produce huge gains in the future. Part of good opsec in this world is to never share information about your investments with other people and never publicly. You will never know who remembers that you bought 100 bitcoin back in 2010 and can use that to work out your current worth – we recommend always staying under the radar, you are responsible for your own security and safety with cryptocurrency and there have been a growing number or robberies associated with crypto. 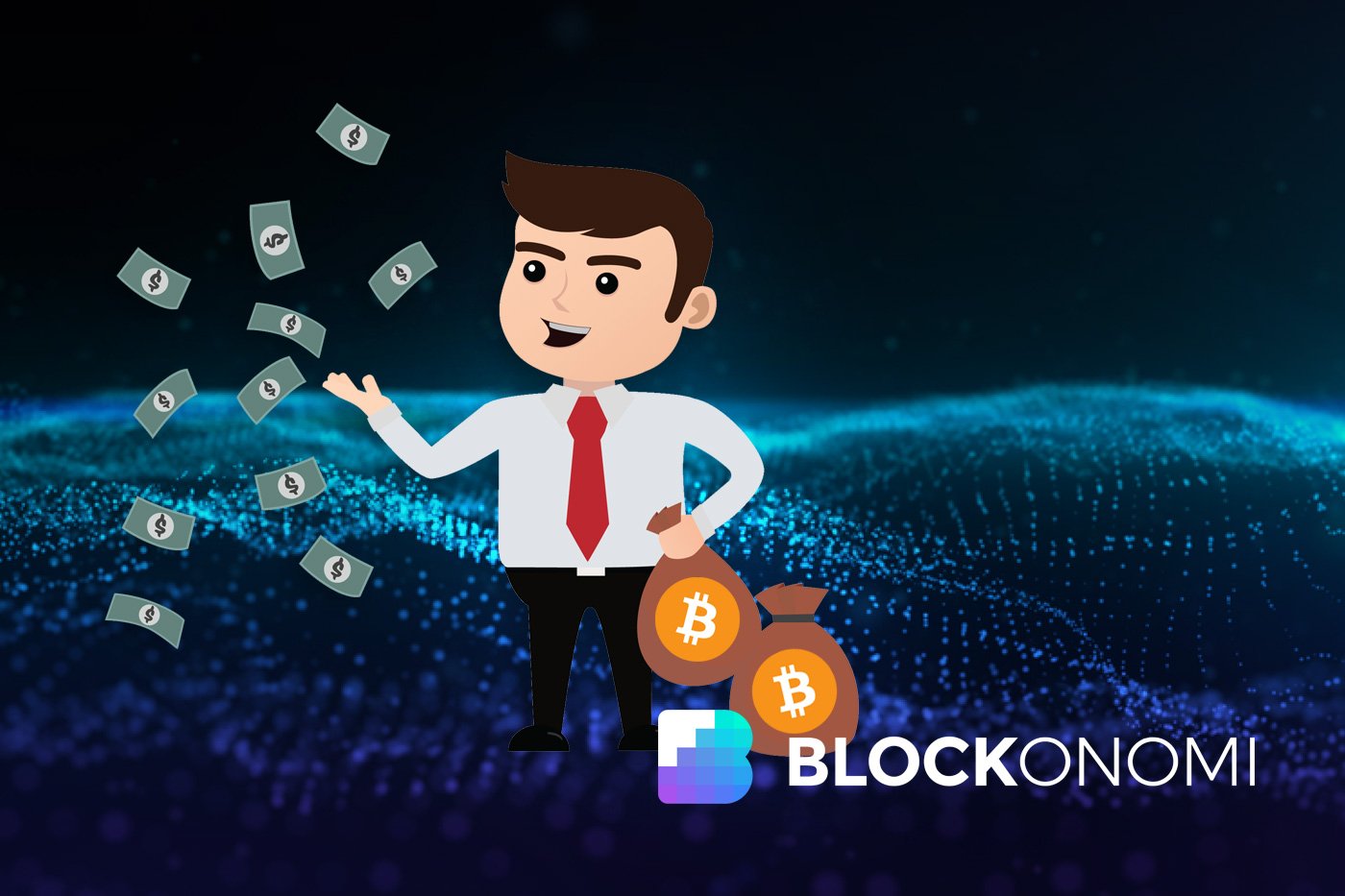 Some people do choose to share stories of their wealth though, usually for self-publicity purposes – they want to be seen as successful and build a following online and that is some of the people we will be looking at this post –  stories of some lucky individuals, with exciting stories, whose investment decisions have granted them the bitcoin millionaire status and decided to share their tales with the word.

Currently worth around $900 to 1.1 billion each, Tyler and Cameron Winklevoss are two of the best-known individuals for their crypto network. A while ago, the two brothers accused Facebook for stealing their idea, and settled for roughly $65 million worth of stock and cash. Back in 2012, they decided to begin investing in bitcoin for the first time. They’ve experienced much of the market, including big value drops, such as the 80% drop in 2013 which shook the market. Later on, the twins went ahead and built the New York-based Gemini exchange, following regulatory approval. Today, the exchange is one of the few places where United States residents can go ahead and purchase/sell crypto assets for cash. At this time, it handles around $300 million worth of transactions daily, thus providing the twins with a nice, crypto-based income.

Apart from bitcoin, the Winklevoss twins are also known for investing in several other digital currencies, especially Ethereum. Apart from this aspect, they’ve also attempted to receive approval for the world’s first bitcoin exchange traded fund (ETF). Reports indicate that some negotiations with the SEC, which is the regulator in this case, are still being carried out.

As a college senior in 2011, Shrem started investing in bitcoin. Soon after, the bitcoin service Shrem was using crashed, and he lost his bitcoins. Shrem and Gareth Nelson, a friend he met online, had similar frustrations with the length of time it took to buy and sell bitcoin on exchange sites. They started BitInstant, a more user-friendly company that charged a fee for users to purchase and make purchases with bitcoins at over 700,000 locations, providing temporary credit to speed up transactions.

“I was, like, 22 years old, I had half a million dollars sitting in the bank. I had no expenses. Life was great.” 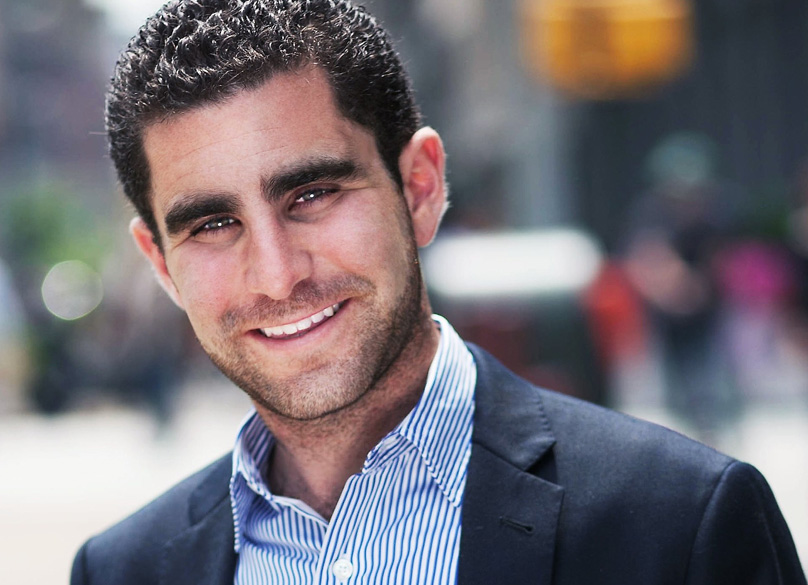 Due to a customer of BitInstant’s reselling Bitcoins purchased there on the Silk Road, an illegal marketplace for drugs, Charlie ended up spending a year in Federal Jail and losing much of his wealth to lawyer’s fees.

Since then he grown his wealth to an estimated $45 million dollars by investing in Bitcoin and “selling it as the price goes up and putting it into real estate. Because then if bitcoin goes to zero — which, it’s an experiment, it could — I won’t be on the street”

Barry Silbert is the CEO and founder of the Digital Currency Group (DGC), one of the best-known companies operating in the crypto ecosystem. The company’s main mission is to help accelerate the digital currency revolution, in order to allow it to improve the current global financial system. The DGC hopes to make this goal a reality, by supporting and creating numerous bitcoin and blockchain companies. With this in mind, reports indicate that so far, the DGC has invested in more than 75 crypto-related companies. Not only this, but the firm is also the world’s leading company in terms of the number of and value of their crypto investments. 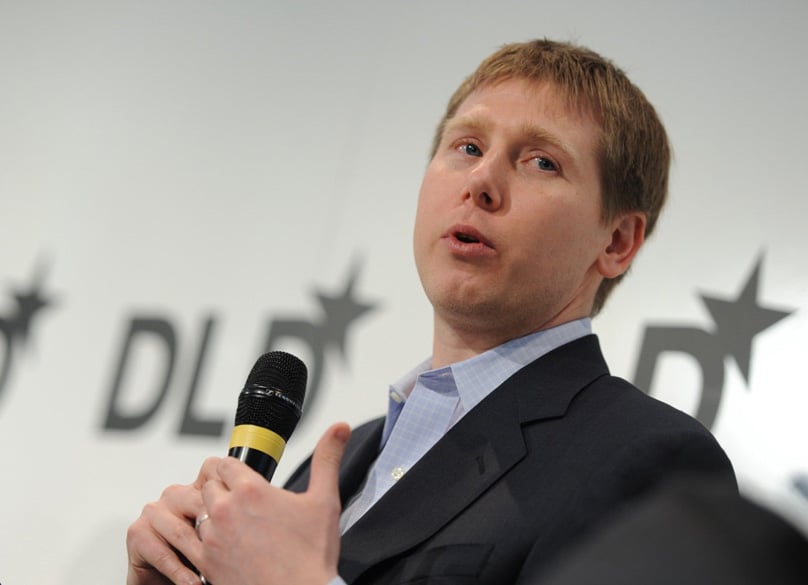 Barry Silbert owns a few other companies, including Genesis, which is a trading firm for digital currencies, alongside Grayscale, which is another company focusing on crypto-based investments. The Bitcoin Investment Trust, which is an ETF capable of tracking the bitcoin price has also been created by Silbert.

Roger Ver is renowned for his promotion of the cryptocurrency Bitcoin, and frequently goes by the moniker of “Bitcoin Jesus.” Introduced to the virtual currency in a podcast in 2011, he immediately began vociferously consuming as much information as possible on the subject. His company, MemoryDealers.com, became one of the first companies ever accept Bitcoin as a form of payment.. Through this platform, he became a zealous advocate for Bitcoin. Losing his temper over the name “Bcash”, Image from YouTube.

A controversial figure within the community due to his involvement in the Bitcoin Scaling debate and subsequent launch of Bitcoin Cash, Roger remains one of the most visible and outspoken personalities today.

Although he is not the richest cryptocurrency holder, Finman is well-known for his small age, as he is only 19 years old. With this in mind, he began investing in bitcoin in 2011, after he received a $1,000 gift from his grandmother, back when he was 12 years old. Finman believes that investing in digital currencies represents one of the best and fastest ways for young people to raise large amounts of money. In a Twitter post, he noted that:

Cryptocurrency represents the largest transfer of wealth our generation has ever seen. Never before have young people been able to change economic classes so quickly. This is bigger than Bitcoin. 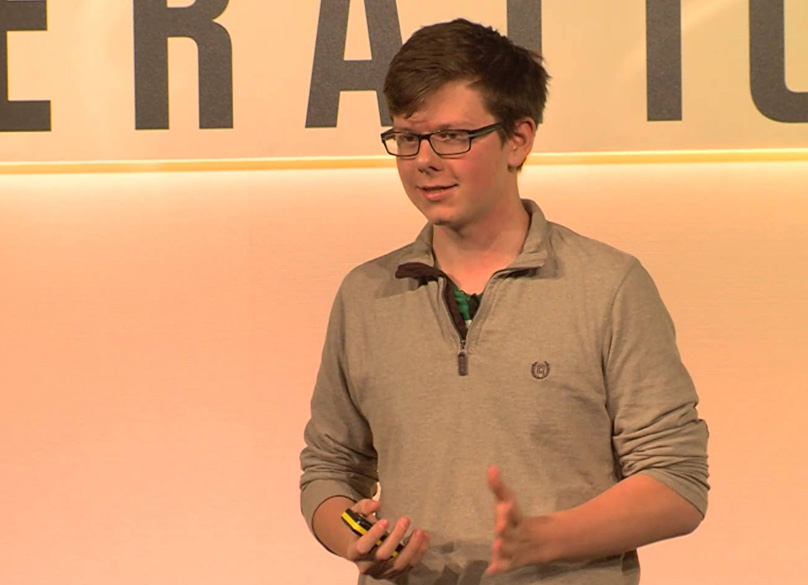 Reports indicate that he owns around 401 bitcoin, which may not seem like much, yet at the current value, they’re worth over 4 million dollars. In 2013, Finman made his first bitcoin sale, and acquired roughly $100,000 in profits, when bitcoin was valued at $1,200. With the profits, he decided to launch an online education company, which he managed to sell for 300 bitcoin. Later on, he went ahead to work with NASA, and actively manage the crypto investments of his family. Erik believes that we’re only at the beginning of the cryptocurrency revolution.

Yet another bitcoin millionaire known for his young age, Gardner is only 25 years old, yet holds enough coins to be referred to as a crypto millionaire. His story started back in 2013, when a friend offered to purchase Gardner bitcoin in exchange for some cash. His curiosity peaked, and he decided that he was up for the challenge. In Gardner’s own words: 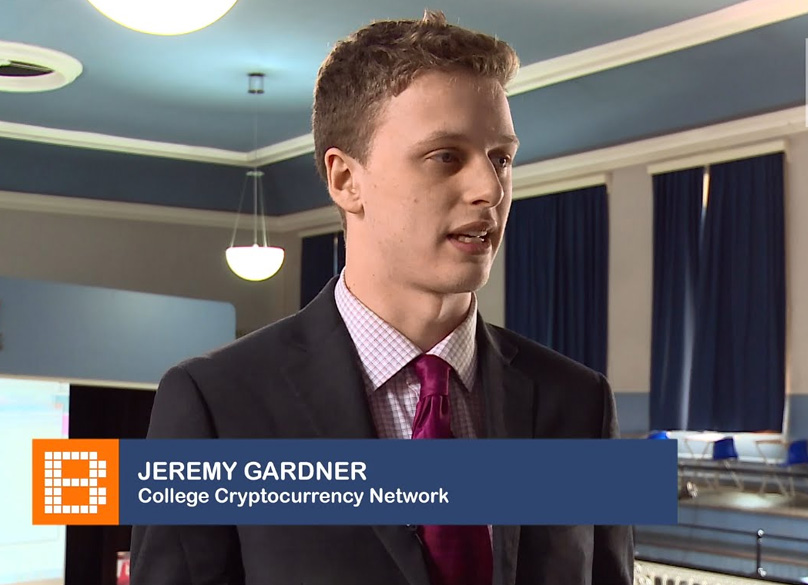 After he cashed out some of the bitcoin he purchased, the 25-year-old decided to turn most of his savings and stock holdings into crypto investments. He went ahead and launched several companies, such as Augur, which is a market forecasting tool based on blockchain technology. He is also responsible for the launch of The Blockchain Education Network, a non-profit group meant to help students get jobs, but also receive funding for a wide variety of educational events taking place on university campuses. Today, Gardner is a bitcoin evangelist, world traveller and works at a venture-capital firm for no salary.

Kingsley Advani created his fortune last year by selling his worldly posessions such as laptop, headphones and emptied his savings accounts pouring $34,000 into Bitcoin and other Cryptocurrencies. Courtesy of the amazing bull run we had in 2017 he turned this into “low seven-figure” sum. 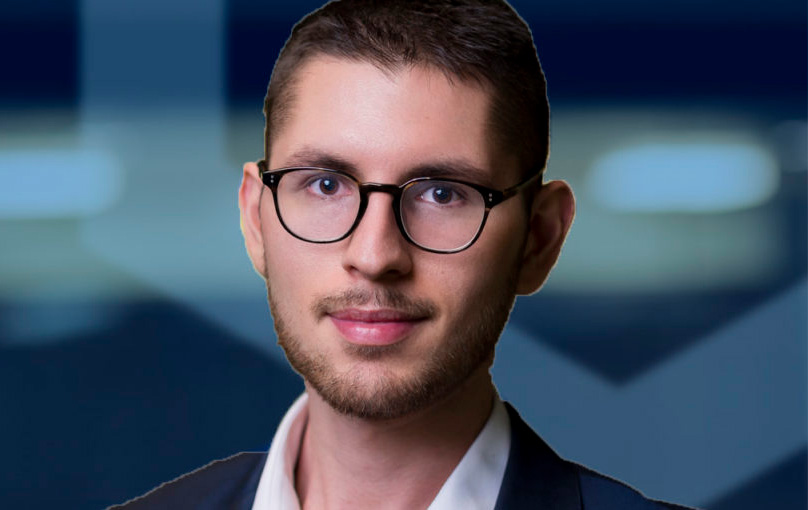 He worked at a software firm and every month would put as much of his salary into the crypto market. In October Kingsley quit his job and now travels the world as an “adviser and angel investor” with investments in Zilliqa, Aion, Wanchain, Qlink, Deepbrain, NEX, IOT Chain, AELF along with his original investments in ETH and NEO.

Known in the community by some as “Ian Shillina”, Ian became well known on Twitter in the last year due to his openness of posting screenshots from his Blockfolio app which charted his rise from $100k investment up to around $6million at it’s peak. 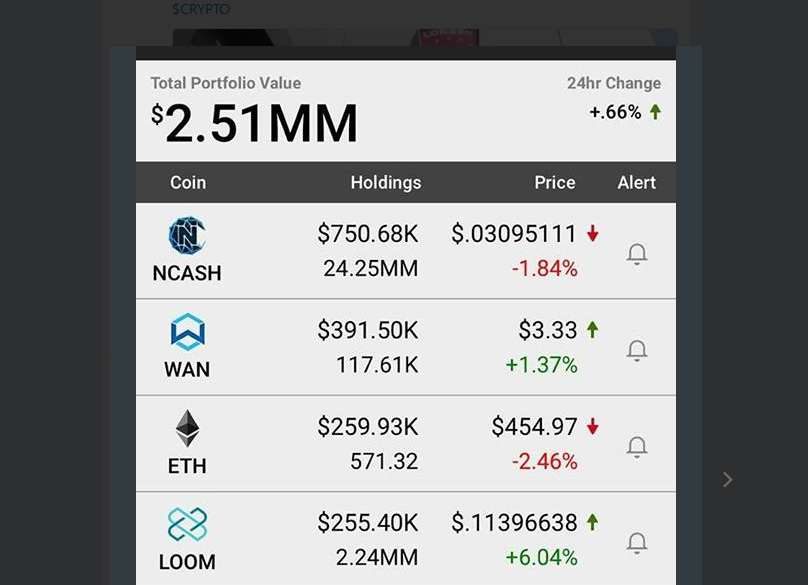 Ian created such impressive gains by developing a “money ball” approach to ICO investments which he kept a public record of in a Google docs spreadsheet. In his spreadsheet he shared which ICOs he was investing in along with ones he passed on, allocating a points system based on things like development team, advisors and whether they had a working prototype. 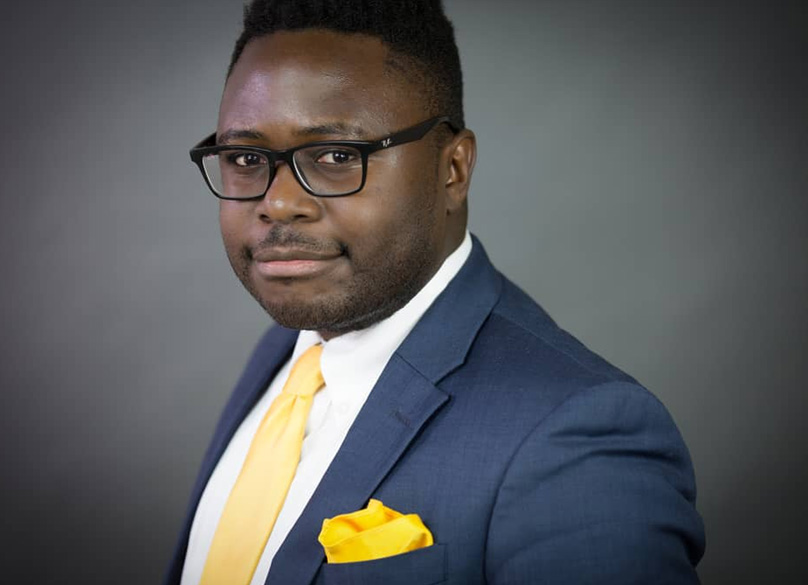 Ian now travels around the world advising new ICOs and organizing meetups with his fans posting updates on his Twitter account along the way.

That’s right – who would’ve known that the popular rapper is a bitcoin millionaire? Well, according to 50 Cent, it took him a while to find out that he had around 700 bitcoin, worth over $7 million today. Back in 2014, 50 Cent became one of the world’s first artists to accept bitcoin as a means of payment for his latest album. The rapper reportedly left his coins untouched for a long period of time, and only discovered them recently. 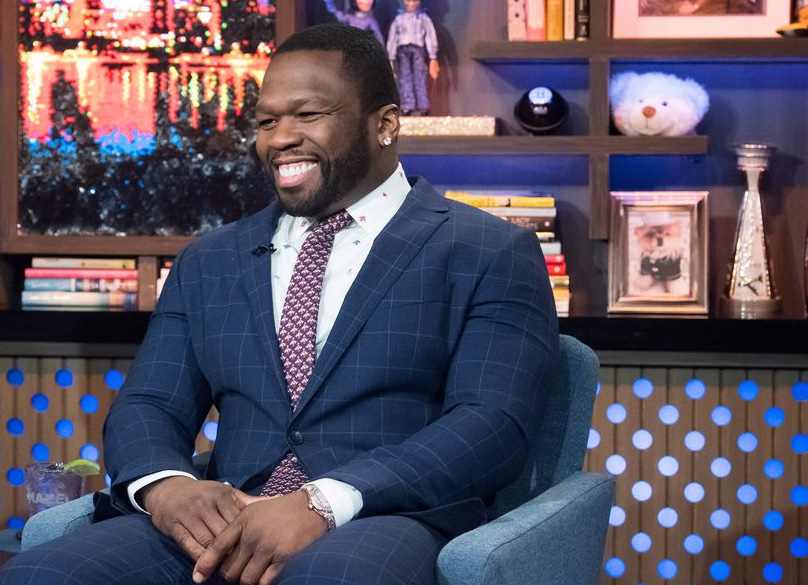 50 Cent, Image from The Verge.

The 700 bitcoin raised from the sales of his Animal Ambition album were worth around $660 a piece at that time, therefore summing up to a total of $460,000 earned in album sales. In an Instagram post referring to him becoming a bitcoin millionaire, 50 Cent mentioned that:

Not Bad for a kid from South Side, I’m so proud of me, I’m a keep it real I forgot I did that shit. Lol.

The fact that he forgot about the funds was definitely a huge surprise for the rapper. After all, back in 2015, he needed to file for bankruptcy and proceed to restructure his finances, after having to pay off $23 million in debt.

Chances are that you have heard about Satoshi Nakamoto, well-known in the industry as the creator of bitcoin, and owner of roughly 980,000 BTC. Considering the current value of the digital currency, Satoshi Nakamoto is not only the richest crypto personality, but also one of the richest people in the world. At this moment in time, the funds he/she owns are worth around $10 billion, yet back when bitcoin was worth $20,000 a piece, Nakamoto had a fortune of over $20 billion. It is important to point out the fact that Satoshi Nakamoto is only an alias, as the real name of bitcoin’s inventor remains unknown. Additionally, people aren’t even sure if the name refers to a single person, or a group of people. Regardless, Nakamoto is responsible for designing the digital currency and its original implementation. He was actively involved in the development of bitcoin until December of 2010.