U.S. Treasury Secretary Steve Mnuchin says regulatory agencies in the country will have to work together to create new cryptocurrency laws.

Crypto-businesses in the country say the patchwork of state and federal laws create a confusing and contradictory environment that stifles digital innovation.

Meanwhile, Mnuchin continues his assault on the crypto industry saying he won’t be a bitcoin investor in the near future. 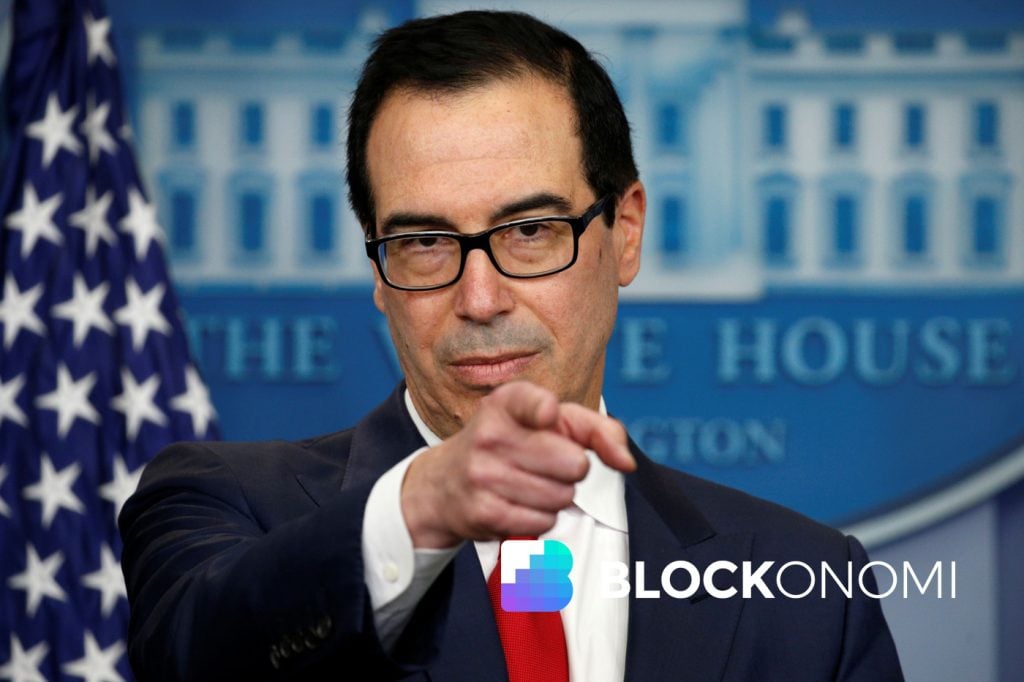 According to Bloomberg, Mnuchin told CNBC that regulatory agencies in the U.S. will work together to create a new crypto governance paradigm for the country. Commenting on the matter, the Treasury Secretary declared:

“We’re looking at all of the crypto assets. We’re going to make sure we have a unified approach and my guess is that there are going to be more regulations that come out from all these agencies.”

For Mnuchin, the focus is to create a legal framework that checkmates cryptocurrencies so as to not to affect the mainstream financial system negatively. The Treasury Secretary has consistently maintained that criminals are using bitcoin for illegal purposes.

Meanwhile, there is overwhelming evidence to show that fiat is still the main driver for criminal activity across the globe. Perhaps banks and financial institutions need even more robust regulations.

An End to the Patchwork of Crypto Rules in the US?

Crypto stakeholders will be hoping that the efforts of these agencies will yield a more clearly defined regulatory space for virtual assets in the U.S. Many commentators say the current patchwork of state and federal laws are hampering digital innovation in the country.

One example of the mismatch between state and federal laws for crypto and blockchain in the U.S. can be seen in the application of the Uniform Commercial Code (UCC). States like Wyoming and Missouri even rejected the UCC as prescribed the Uniform Law Commission (ULC) in favor of their own laws.

As reported by Blockonomi, the ULC is taking time to develop a better UCC for cryptocurrency and blockchain technology.

What About the US Congress?

While Mnuchin’s latest comments identify regulatory bodies like the Securities and Exchange Commission (SEC) as the main drivers for new laws, some of these agencies have previously declared that they wouldn’t change existing financial rules to accommodate cryptos unless passed by Congress.

For the SEC, in particular, the absence of any new laws by Congress creating a new framework for crypto tokens regarding security token status is one of its main justification for applying the Howey Test to initial coin offering (ICO) tokens.

There are a few bills like the Token Taxonomy Act before lawmakers in the U.S. which might change the crypto regulatory paradigm in the country.

Meanwhile, the SEC, the Commodity Futures Trading Commission (CFTC), and the Internal Revenue Service (IRS) to name a few have seemed content to focus on calling jurisdictional authority over certain aspects of the industry.

In a related development, Sec. Mnuchin continues to tow the anti-crypto line. Speaking also to CNBC, the Treasury Secretary said he wouldn’t invest in bitcoin.

Mnuchin even dismissed bitcoin as an interesting proposition for the future saying he’d be busy with other more important things in the next 10 years.

Mnuchin’s comments put him firmly in the “bitcoin hating” hall of fame with others like Warren Buffett and Nouriel Roubini. Despite the negative comments espoused by these individuals, bitcoin continues to be the focus of a lot of attention from institutional investors.